A Travel lesson in Chiapas

In the barren hills that surround San Cristobal de las Casas, Mexico, there is a girl that matters to me. I met her almost 10 years ago now. We never spoke. She’s never left me.

The villages of Chiapas, Mexico are pristine. Villagers march forward proudly, living their simple lives as they have for hundreds of years.

These people are united in poverty, divine in spirit, and fiercely independent.

This is the land of the Zapatistas. The rebel clan came to international notoriety in the 1990s fighting to improve the conditions of existence in which these indigenous people survive.

I have spent the last 30 years traveling to far corners of the globe.

You don’t make it to Chiapas on a whim. It’s a rewarding place that only the intrepid traveler who can stomach the occasional military roadblock or zocalo lined with machine-gunned soldiers will love.

In Chiapas, traditions die hard. While only a few miles separate one village from the next, each village dresses distinctively differently.

Here the ancient beliefs of the Shaman have been interwoven into a bewildering composite of western religion and pagan practices. Rituals are still carried out based on the Mayan calendar and yet, the children receive a Christian baptism. It’s as if everything has been the same for centuries.

Why is the World So Curious?

But, it’s not. The local people do not understand the outside world’s curiosity about their way of life. They are frightened and distrusting of the mounting invasion of trekkers into their villages. The people believe that taking their picture will capture their soul.

I’m guilty. I was immersed in the mystery of this place. For me, the essence of travel is to capture the spirit of a place, a person, an object in a photograph. So conflicted and fighting my urge to snap pictures in every direction, I entered the church in the tiny village of San Juan Chamula nearly a decade ago.

Nothing could prepare me for what was inside. It was dim and smoky. There were no church pews or benches; the only place to sit was on the floor.

The hazy light was from a countless number of pencil-thin candles sticking up from the floor in neat rows, glued down by their own candle wax.

Along the walls of the church were traditional Christian saints, also with hundreds of flickering candles in front.

I can still smell the overwhelming fragrance of fresh pine needles that literally carpeted the entire expanse of the black and white tiled floor.

There was an indistinct murmur surrounding me. I weaved my way through probably a hundred people, sitting or kneeling, alone or in small groups. People were dressed in their traditional clothing. No one acknowledged me, the outsider.

A small group captured my attention. There was a girl, maybe ten years old, with her mother and a Shaman. They were huddled together with a live chicken, a bottle of Coca-Cola and numerous candles.

I had learned that the villagers believe that burping is a way to cast out evil from the body and thus, the Coke takes on great significance. For them, the use of Shaman, chickens, Coke and the Christian saints is just normal. The Shaman was holding the chicken. I surmised I knew its fate.

I had to resist the temptation to stare, when I realized I was looking into the pleading, dark eyes of the young girl.

In spite of the dim of the interior, I was certain she was staring at me. So innocent and real. So intense.

When you observe the lives of local people, you have not been invited. Travel is not a vacation. Vacation is painless; it is brainless and people are there to indulgence your pleasure.

Travel, however, is deep. It invades your soul. Travel is often difficult and challenging, but it rewards you with heartfelt perspectives on life which can even make the Proverbs seem cliche. Travel must never invade the privacy, dignity or beliefs of another.

And so, the essence of this experience does not exist in photographs; it thrives in my heart. I wonder how long the delicate balance between preserving the traditions of these ancient people and rejecting the growing pressures of the tourist dollar can last.

The people believe that taking their pictures will capture their souls. Maybe they are right.

Carry on, young lady. I hope you make it.

Love Mexico? Get our Mexico Plane Reader with dozens of stories like this for your Kindle, Nook or Ipad. 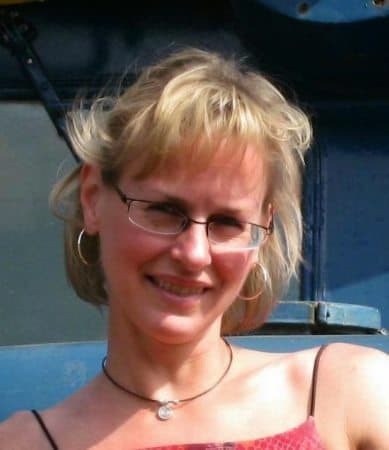 Lori Veale recently retired at age 50 from many years of banking. She lives in Delaware.