Yaxchilan Ruins in Chiapas: Portal to a Lost Civilization

Chiapas takes you back in time

The path leads me deeper into the jungle, where towering gum and ceiba trees block the sunlight, their limbs dripping with lianas and red bromeliads.

The canopy is alive with humming insects, bird song, and howler monkeys’ eerie guttural cries. I round a bend and suddenly a pyramid looms before me, overgrown with moss and vines.

It’s easy to imagine I’m the first explorer to stumble upon these ruins.

Deep in the jungle of Chiapas, where monkeys still outnumber tourists, slumbers the ancient city of Yaxchilán (Maya for “Place of Green Stones”) which flourished from AD 300 to 800.

The ruins are so remote that the only way to reach them is by boat along the Usumacinta River, which forms the natural border between Mexico and Guatemala. Yet Yaxchilán is still a surprisingly easy side trip from the tacky tourist mecca of Palenque.

Into the Heart of the Rainforest

The boat launch at Frontera Corozal is a three-hour drive from Palenque through the Lacandon jungle, once infamous hideout of the Zapatista guerillas. These days you’re unlikely to encounter any guerrillas, only the Lacandon Maya, who with their long hair and white tunics resemble emissaries from another era.

The forty-five-minute boat trip takes you into the heart of one of the last remaining North American rainforests.

Apart from few thatched huts and grazing goats on the Guatemala side, there is no sign of civilization. A wall of solid green jungle rises from the riverbanks, and still higher the umbrella-like crowns of giant ceiba trees.

If you’re lucky you might catch a glimpse of toucans, macaws, or spider monkeys through the dense foliage. The narrow wooden lanchas skim low across the sluggish brown water, where I spot a crocodile floating lethargically off our starboard side.

“Keep your hands out of the water,” our skipper warns us, unnecessarily.

Rounding a bend in the river, a crumbling stone parapet emerges from the overgrowth: the unromantically named Edifice 6 of Yaxchilán. Still, it’s hard not to relive something of the rush the first explorers must have felt.

The earliest European record of Yaxchilán dates from 1833; of course it was already well known to the local Maya. To this day, the Lacandon make pilgrimages to the primordial city and leave “God pots” of copal incense to appease the ancient spirits.

We disembark at a small pier near the “Visitor’s Center,” which is little more than a shack.

As I head down the path toward the ruins, these vestiges of modernity quickly vanish behind a screen of foliage. The path leads directly to the pyramid of Edifice 19. With no ropes or signs to dissuade me, I pass through the narrow archway into the pyramid’s dark interior.

I never thought to bring a flashlight (after all, the pyramids at Palenque, which I’d toured the day before, had been lit with electric bulbs). I plunge ahead anyway, my hands groping the clammy stone walls.

A rustle of wings heralds my entrance: bats! Under normal circumstances, I might have found this experience unnerving, but I’m so caught up in my Indian Jones fantasy that I don’t mind. The bats only add to the atmosphere.

Anyway I quickly catch up with some French tourists who were better prepared, and follow the bouncing beam of their flashlight through the labyrinthine passageways.

Finally we emerge into the blinding sunlight on the other side of the pyramid. When my eyes adjust I find myself gazing down at the emerald expanse of what was once the Great Plaza.

Here the jungle has been cut back some to reveal the original scale of the city. Decaying tombs and temples line the sides of the clearing with its carpet of grass so lush it’s nearly fluorescent.

The small group of tourists quickly disperses among the ruins and I have the plaza to myself. But I’m far from alone; the jungle presses in on all sides. With its impenetrable green foliage and cacophony of animal sounds the jungle is like a living breathing entity in and of itself.

I’m unsure if it’s resentful or indifferent to my trespassing. As I stroll through the empty plaza I keep looking over my shoulder expecting to see a monkey, a jaguar, or even the ghosts of the ancient Maya.

Yaxchilán’s original inhabitants are also brought to life by the bas-reliefs that adorn the door lintels and steles around the plaza. The reliefs at Yaxchilán are unprecedented among Maya sites because of the depth and clarity of the carvings, and because of their depiction of powerful women.

The most famous relief (now on display in the British Museum) shows Lady Xoc, wife of King Shield Jaguar II, participating in a sacred ritual which involved passing a barbed rope through the tongue.

According to Maya spiritual beliefs, this bloodletting opened a portal of communication with the Gods and ancestors. My skin prickling under the gaze of hundreds of hidden jungle eyes, I can’t help but feel that in some metaphorical sense this door remains open, and that Lady Xoc herself might appear at any moment.

The End of the World

On the north side of the Grand Plaza a steep stone staircase leads up the hill to Edifice 33, “The Palace of the King.” Hieroglyphs on the steps depict the ascension of Jaguar Bird, son of Shield Jaguar, to the throne. The ascent is agonizing under the blanket of tropical humidity.

Craning my neck, I can see the distinctive honeycomb roof of the Palace high above me, framed by spreading mahogany branches.

The most impressive and well preserved of Yaxchilán’s structures, the Palace is the source of one of the city’s most intriguing legends. The King’s statue, which sits just inside the stone threshold, is broken off at the neck. His decapitated head, adorned with ceremonial headdress, lies on the floor beside him.

The Lacandon believe that if the head is reunited with the body, the world will come to an end. I can’t help but think that the apocalypse they fear has already come to pass, not by the fiery destruction or “celestial jaguars” the legends foretold, but by the slow, inexorable encroachment of modern life.

Logging, grazing, and slash and burn agriculture have displaced their jungle deities. Genetically modified seeds are contaminating the corn they’ve cultivated for centuries. Only in a few isolated places, like Yaxchilán, can you still detect the primal pulse of Maya civilization.

As I stand contemplating Jaguar’s Bird headless image, the branches rustle behind me. I turn, and for a moment I distinguish an individual face in the cross thatch camouflage of leaves and branches.

At first I think it is Lady Xoc staring back at me, but it’s just a howler monkey, with a wrinkled face and bright, child-like eyes. Almost as soon as I spot it it’s gone, swinging away limb to limb through the trees.

April and May are the hottest months in the Lacandon. They are also the driest, but in the rainforest you should always be prepared for showers. During the rainy season, June through September, there are heavy downpours and thunderstorms most afternoons, so it’s better to head to the ruins in the morning. The park is open daily from 8 AM-4:30 PM. The entrance free is $3 USD and is included in the cost of most organized excursions.

Travel agencies line the streets of Palenque advertising excursions to Yaxchilán and other area attractions. Among the more reputable ones are

One-day packages to Yaxchilán and nearby Bonapak range from $50-70 USD and usually include transportation, two meals, boat fare, and entrance to the parks. Longer excursions start at $105 and take you on to Flores Tikal,Guatemala.

You may also take a rental car as far as the boat launch at Frontera Corozal. The Carretera Fronteriza (Highway 307) from Palenque is paved and in good condition.

However, like most places in rural Mexico, it is advisable to stay off the roads after dark to avoid becoming a target for bandits. There are no gas stations along the way but locals sell gasoline from plastic jugs. Look for hand painted signs that say “se vende gasolina.”

For intrepid (and patient) travelers it is also possible to get there by bus or “combi” (VW buses used as collective taxis) for $5 USD. These leave from Transportes Río Chancalá, 120 5 de Mayo and Transportes Montebello, Calle Velasco Suárez.

Get off at San Javier (about three hours from Palenque) Look for a taxi or combi to take you the remaining 16k to Frontera Corozal. A taxi should cost no more than $7 USD, combis no more than $5.

Organized excursions should already include the cost of the boat trip; independent travelers may have to haggle. Expect to pay between $50 and $100 USD. The charge is per trip, not per person, so it might be worthwhile to wait around for other tourists with whom to share a boat.

Accommodations are available at the Escudo Jaguar Hotel at Frontera Corozal. rustic cabins at the Lacanja Chansayab Ecotourism center

The restaurant at Escudo Jaguar serves decent regional cuisine which is not too overpriced. They do not serve alcohol, although you may bring your own. The restaurant at Museo Comunitario, where most tour groups dine, serves similar fare.

The Museo Comunitario at Frontera Corozal exhibits artifacts of local history and culture, including some archeological finds.

The ruins at Bonapak, although less extensive than Yaxchilán, are definitely worth the trip. The colorful murals are especially impressive. The turnoff for the site is at San Javier.

From Frontera Corozal you can also hire a boat to take you across the border to Guatemala. It’s another three-hour drive from the border to the Tikal archeological site.
Travis Atkins photo 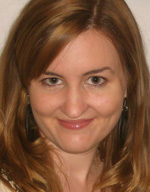