Travel to Needles, California for Your Next Trip, a Remote Destination

The City of Needles authorities took my friend’s pet gerbil when she traveled from Pennsylvania to California. So, when I asked if she wanted to go with me to Needles, California, a three-hour drive from Palm Springs, she was less than enthusiastic. The childhood trauma had stayed with her.

Since I had driven to Needles about three years ago, I assured her it was not the City of Needles that took her gerbil. It probably was the agricultural check station on the California and Arizona border about 10 miles south of the city.

Still not convinced, she researched and discovered it was, indeed, the Agricultural Inspection Station. When her family moved to California, there was a strict law about bringing animals into California because of a rapidly spreading virus carried by animals. With this revelation, she decided to accompany me.

Where is Needles, California?

After a few social media posts announcing my impending trip, it became apparent people do not know where Needles, California, is located. This city, with a population of 5200, is located on the western banks of the Colorado River in the Mojave Desert.

Needles is named for the pinnacles, the high-pointed rocks in the nearby Arizona Mohave Mountains. A bridge away from Arizona. Twenty minutes from Laughlin, Nevada, to its north and Lake Havasu, Arizona, 40 minutes to its south.

Unfortunately, its proximity to those two tourist meccas is one of the reasons this city is often overlooked as a destination stop for people on their way to someplace else.

If you are like me, the term Harvey Girls may be something that flew by you in a conversation, or you saw in a history book. I hadn’t thought to explore what they were about until I stood before the magnificent El Garces Harvey House in Needles. I was fortunate to be led through the El Garces by the grandson of one of the Harvey Girls.

Perhaps, I am one of the last people to realize this, but initially, there were no dining cars on the railroads. The train stopped at established spots. Travelers got off, had a quick lunch, and then reboarded for the journey until dinner.

I know. I stopped dead in my tracks because I hadn’t considered this when I thought about early train travel. Imagine the scents of the meals packed by intrepid travelers who choose to bring their brim-filled baskets on these cross-country trips.

The elegant restaurants were furnished with long table linens, silver, crystal goblets, and food served by an excellent chef. The upstairs El Garces Harvey House hotel section was for overnight guests who hosted personalities like General George Marshall and Humphrey Bogert, with the opposite end reserved for staff.

At first, staffing was an issue. Taking a cue from a restaurant Harvey saw in Arizona, he developed an ad aimed at attractive, intelligent women between 18-30 years old in Midwestern and Eastern publications.

The women signed 6 to 12-month contracts, lived on the top floor of the Harvey House, had a curfew, and were contributing members of the communities. Harvey had designed a nun-like uniform to avoid confusion and ensure visitors realized these beautiful women were restaurant servers and were not to be confused as prostitutes.

Now the façade of the El Garces Harvey House has been restored. Thankfully, the balconies, integral to the hotel rooms, are still intact. While on one of the balconies, I could picture a gentleman sitting there, with his glass of bourbon and the scent of his lit cigar wafting across the desert.

Presently, two large rooms within the building are used for community events. Much of the other space in the building is stripped down to the studs and waits for entrepreneurs and office professionals to use their creative ideas and talents to bring this now echoing place alive once again with music and laughter.

While one may wonder why it would be in Needles, there is an easy explanation. Charles Schultz lived in Needles, the exact length of time is still under debate, but Spike was his dog’s name when he lived there.

A local deli owner realized this factoid’s potential and spent much time working on getting the officially sanctioned statute by the Charles Schultz Foundation to Needles.

For years it was an attraction at his deli, and when he sold his business, he bequeathed it to the museum. Like most visitors walking into the museum, I couldn’t resist taking my picture with him.

Be sure to explore the museum. The Santa Fe Railway is still the largest employer in Needles. Crews continue to change here, and one would be hard-pressed to find someone who is not either employed by the railroad or has a family member working in some capacity for it.

There is plenty of memorabilia about railroad history, but my favorite has to be the replica of the inside of a caboose. Now I know why the man in the caboose waved at us so much. His quarters were pretty small, and it must have been lonely.

Display cabinets line the museum walls where Native American pottery and baskets are displayed so you can readily observe the craftsmanship of the Mohave Indians who lived in the area in the late 1600s.

Needles has Become a Cannabis Town

Each city in California can vote on whether or not they want to jump on the cannabis bandwagon. An early adapter of the growing and selling of cannabis, Needles now has 30 cultivation and packing sites within its city limits.

Today, there is not much looking back. According to the City Manager, the new taxes on cannabis have resulted in increased revenue, which is used to upgrade infrastructure and build new structures serving residents and visitors.

An example of how the new tax revenue has been used is the Needles Marina RV Park, which has been designed with all the facilities a camper could ask for with the Colorado River steps away.

Recently approved is refurbishing the municipal golf course constructed in 1962, the oldest in the tri-city area, with a fee of $39 for 18 holes. With an eye to the future, golf clinics are being added, elementary and college golf curriculum is being designed, and packages with Laughlin Nevada Casino hotels are commonplace.

Okay, I couldn’t resist lunch at the 19th Hole Bar and Grill on the golf course grounds. Maybe I didn’t need to have a Moscow Mule, but it was so good and refreshing on a 100-degree day. Oh yes, then there was the Bang Bang Shrimp and the fried zucchini, which may go on the record as the best I have ever eaten. Hey, a girl has to eat, too.

Now here’s a great statement from our fabulous server, Brandi. I asked her why she enjoys her job so much because she exuded enthusiasm with every move. She replied, “Every day, people come out of their houses for a reason. It is my mission to bring them joy.” Now, isn’t that a bit of wisdom that would be lovely to pass on to our salespeople and servers?

The new cannabis scene in Needles is Kush on 66, located right off highway 40. This three-store concept is, perhaps, giving us a glimpse of what lies in the future for those who enjoy cannabis.

The Dispensary is well-lit, guarded as required by law, and has a knowledgeable sales staff ready to serve you. However, if you prefer to browse on your own, no problem.

The innovative idea of smell boxes allows you to sniff out your favorite terpene notes of pine, lemon, or whatever you like. A fun addition is an actual marijuana plant growing in the store under artificial light next to any user paraphernalia you may desire.

Walk through an adjacent door, and you are in the lounge where you can enjoy your purchase while sharing with friends. Grab a seat at the bar or head to the long tables, which can accommodate more of your friends. If you want munchies, those can be delivered to your table.

Now for those too young or a visitor just wanting a bite to eat before continuing their journey, the new deli-style restaurant adjacent to the lounge is ready to serve traditional food like mac and cheese and hamburgers.

The establishment’s patio is perfect for enjoying the warmth of the winter desert climate while dining or for a grab-and-go to keep you on track for your journey.

Watersports and Camping Abound in Needles

Love boating, waterskiing, boat racing, paddling boarding? Don’t have the right equipment, no need to worry. It is easy to rent whatever you may need.

To most people’s surprise, driving through the desert, they are thrilled when they see the vast expanse of the Colorado River and people frolicking on the beaches.

Where to Eat, Drink and Stay in Needles

One of the things I haven’t shared, Needles is located on Route 66. Yes, Highway 40 passes the town now, but if you want an authentic look at Needles, make sure you stop and have a meal at the Wagon Wheel. A photographer’s paradise with all the memorabilia, good hometown cooking, and great coffee.

If you are thirsty, you must have the experience of going to the Red Dog Saloon, a stop for decades of travelers on Route 66. I walked in the door and was greeted with a big hello from everyone sitting at the bar, then asked what brought me to Needles and what I wanted to drink, precisely in that order.

This town is serious about welcoming newcomers. If you want to learn about some history or some inside scoop about happenings in the community, be ready to settle in, enjoy your drink, and stay a while. Best Western Colorado River Inn hosted me on the western edge of the town.

I loved the location, for I could get to any place in a short time. A huge shoutout to the fabulous staff who wasn’t afraid to tease me and let me connect them with a local Needles artist whose work I hope to see grace its walls the next time I come to Needles.

While its history is strongly connected to Route 66, and they most certainly are honoring that connection, Needles is working diligently to make their community a destination where the whole family can learn and play.

When I asked residents why they chose to live there, they invariably mentioned the people. In one resident’s words, “I have never lived in a place where people take care of each other like they do here. We know our neighbors, and we help each other. ”

With a renewed interest in people following Route 66, you will surely hear more about Needles, but I would encourage you to take a deeper dive and visit this place, claiming its own identity. The factual record about separating the gerbil from my friend is straightened out. Now, she, too, understands why I wanted to make a second visit to this unique community. 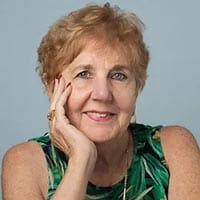 Kathy Condon is a journalist and travel writer with immense curiosity that has taken her to 29 countries, 16 islands, and 49 states (Alaska on the bucket list). Her motto: Let me help tell your destination’s story to people throughout the world. She is the author of two books. It Doesn’t Hurt to Ask: It’s All About Communication, was named Best Book Finalist by USA Book News.