My first glimpse of Providence convinced me I’d made a big mistake—or at least, a seriously wrong turn.

As I rolled a suitcase along downtown Dorrance Street in the direction of Rhode Island’s state capitol, the street was filled with young pedestrians in superhero capes, combat boots, zombie face paint, and furry animal headgear, all marching towards a hulking convention center.

Where had I gone wrong, and how soon could I leave? A banner across Cranston Street set me straight. “Welcome to Comicon,” I read.

The comic fans were gathered for their annual revels—a long weekend that takes over downtown and just happened to coincide with my arrival.

Over the next 48 hours, I learned that Providence really does have superhero aspirations. It has carefully preserved its historic buildings and universities while adding wind turbines, bike paths, murals, and new parks.

Set the nighttime river on fire, to a New Wave soundtrack? Recycle a chunk of I-95, a grimy New England interstate, into a sleek downtown park? Why not?

Bonus: a short train ride from New York and Boston, PVD  also punches above its weight in fine dining. And doughnuts.

I was in town mostly for WaterFire, a living sculpture spectacle that’s become PVD’s signature attraction. But other neighborhoods are gaining traction, and the city’s dining scene has roared back post-pandemic. WaterFire’s got plenty of good company.

About the water: The Providence River had been buried under downtown streets and railroad tracks for decades. When the city needed to straighten a dangerous downtown curve in the Conrail tracks near the Providence River in 1985, it seized an opportunity to do much more.

Over a decade of massive engineering, The River Relocation Project redirected rivers, overhauled transit, and created a new park and riverfront. The exclamation point at the end of the make-over was WaterFire.

I made sure that my visit coincided with the dusk-to-midnight street festival, held April through December.

The one-two punch of WaterFire and Comicon had jacked downtown hotel rates beyond my budget, so I booked an Airbnb described as a microloft. It was a lucky start to the weekend.

My choice turned out to be The Arcade, a landmark that’s the country’s first enclosed shopping mall.

Now the top floor of the Greek Revival building, a National Historic Landmark hosts a handful of condos—microlofts—that put me in the center of downtown’s riverfront attractions.

My unit’s glass-paned door and old-fashioned sashed windows opened onto a sunlit corridor with curlicued iron railings and a view of the boutiques downstairs.

I dropped my bags and walked two minutes to Rooftop at the G, seven stories above the street. The elevator opened into a glass-enclosed dining room thumping with a techno beat.

After a meal of handmade gnocchi and fat shrimp, I finished my wine on the outdoor deck. Although reservations for firepit seating are supposedly required, I sat undisturbed and admired one of the city’s most famous buildings—one with a superheroic history.

Like Clark Kent, The Superman Building has an alias. The former Industrial National Bank, with its distinctive tall beacon, is supposed to be the model for the cartoon version of The Daily Planet. Vacant since 2013, it will be converted into housing beginning in 2023.

On my quest for morning coffee the next day, I found an Arcade boutique that was more like a shrine. Dedicated to cult horror master and Providence native H.P. Lovecraft, the Lovecraft Arts and Sciences Council  is a trove of books, amulets and ghoulish gifts for his fans.

Another trove: the brunch menu at Nick’s on Broadway, one of Eater’s handy picks for the best meals in the city. A fresh egg topped my mushroom-boursin crostini, and Nick’s gently spiced squash soup was the best I’ve ever tasted.

Next, a quick morning walking tour with guide James Kabala hit the history highlights: the domed state capitol designed by Stanford White, the tiny National Memorial named for the city’s 1636 founder Roger Williams, and the First Baptist Church he founded.

“Providence is different from most colonial settlements,” Kabala explained, unfurling a map. “Here, all the streets run parallel up the hill, instead of creating a grid.”

Steel and Social Justice in the Valley District

Kabala gave Cianci some of the credit for the River Relocation Project during his tenure.

And as I walked along the waterfront, I found it an impressive legacy, attracting tourists and real estate development. But has the city neglected other neighborhoods in comparison?

One, the Valley District, is now moving beyond its reputation as an industrial graveyard.

On Sims Avenue, the Steel Yard has been repurposed as an arts and training center, offering training in large-scale metal fabrication to both neighborhood teens and professional sculptors.

Every space here represents the art that we do,” Steel Yard staffer Sally Turner told me.

The Steel Yard turns out products like bike racks, public picnic tables and trash cans, earning cash from manufacturing contracts with Providence and other local towns.

Across the street, the city’s year-round farmers market operates in a huge food hall that connects local farmers with restaurant chefs and neighborhood farmers.

The Province Brewing Company offers craft beers onsite, and the Industrious Spirit Company runs a tasting room with a patio in a revamped steel mill complex across the street.

Pizza, a food group as important to Rhodians as doughnuts, is just as close. Lost Valley Pizza serves bahn mi tacos, vegan loaded tater tots, and a classic margarita pie from its kitchen at Farm Fresh.

From Valley Street, it’s a short drive to Waterpark, ground zero for the WaterFire festivities. But the crowds, about 40,000 strong, made downtown parking a challenge.

As the sun went down, I hailed an Uber from the Valley to the Waterpark basin and strolled to an amphitheater where soldiers, a drum and fife corps, and dozens of dignitaries had gathered for a Veteran’s Day-themed lighting ceremony.

Precisely at 5:35, the politicians ended their speeches, handheld torches flamed, and the magical part of the evening began. Volunteers lit bonfires: 80 iron braziers flamed to life, reflecting a mile of river and wafting crisp smoke downstream.

As the first sonorous notes of J.S. Bach’s Cello Suite No. 1 began to echo along the riverfront bulkheads, I felt chills.

The changing playlists might be the most memorable effect of WaterFire: eclectic music played for crowds walking in the dark. When I boarded one of the small open launches that carry visitors through the spectacle, a dozen fellow passengers were almost silent, letting the crackling braziers do the talking.

Barnaby Evans, the genius who first proposed WaterFire in 1994, is also the DJ for each WaterFire celebration, compiling playlists of world musicians like Ali Farka Toure, Taj Mahal, and Phillip Glass (Spotify publishes each one). But there were other bands jamming along Canal Street, with plenty of pop-up bars, glow sticks, and huge spotlit murals that kept the streets full till midnight.

“Knead doughnuts sold here—limit four each,” warned the Sunday morning sign at downtown’s Coffee Connection. One bite explained why: the fresh glazed sinkers made it hard to leave town.

As I boarded a flight home in the dark, I looked at the photos I’d taken. Fire and water may be the ultimate Instagram combo, but its surprising attractions are Providence’s real superpowers.

If You Go: Providence is 100 miles north of New Haven, CT and 50 miles south of Boston, MA. Skip the drive on I-95 and take the train: Amtrak offers weekend round-trip fares from $24 from Boston and $83 from New Haven to PVD’s central PVD/MBTA station. 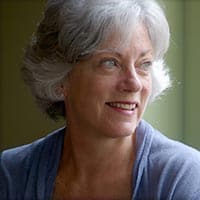