Buzkashi: Not for the Faint of Heart

The Rodeo of a Lifetime: A Game of Buzkashi in Afghanistan

“Maybe you try Buzkashi,?” my friend Nawruz asked as we sped down the streets of Mazar-i-Sharif, Afghanistan. “Buzkashi?” I replied. I felt as though I may have heard the word mentioned once or twice before but had no inkling of what it meant.

“You must see before you leave, once in a lifetime experience!”

I still had no idea what Nawruz was talking about but once in a lifetime experiences seemed to be common for a western traveler in Afghanistan. “Ok,” I replied, “Let’s do it.”

Little did I know at the time, but I was about to attend what I can only describe a Southwestern Rodeo on steroids.

The dusty dirt parking lot was packed with people and surrounded by Soviet style grain mills built during the communist period. A long line of Toyota Corollas (the car of choice in Afghanistan) wound its way to a checkpoint of armed guards.

“Is it like a sporting event?”, I asked Nawruz. “Yes, the national sport of Afghanistan.”

I knew that soccer and cricket were popular in the Central Asian country, but I still had almost no idea what exactly this “Buzkashi” thing was. I still wasn’t even sure I was pronouncing it right. When we approached the checkpoint, the armed guards peered into the car, Kalashnikovs in hand.

Nawruz explained how I was a tourist from the United States who wanted to see Afghanistan’s national time before I took off. I don’t know if the guards were more shocked that a tourist from the States was standing in Mazar-i-Sharif, Afghanistan, or that said tourist was going to see Buzkashi. Shocked faces aside, they waved us through.

The parking lot was filled with men and boys on horseback. Dressed up in traditional Afghan, Mongol, and Central Asian clothing, I figured that these had to be the participants of whatever Buzkashi was. Something else immediately caught my eye. I noticed that almost every horse had large cuts running down their bodies and faces.

I glanced at each horse, noticing similar lacerations on every single one. Then it clicked. In each rider’s hand was a miniature bull whip. What exactly was I going to see?

Narwuz and I exited the parking lot and stepped out onto a large dirt plot that reminded me of the rodeo-grounds I had attended as a boy growing up in Arizona. An Afghan boy holding a glass cups in one hand and a tea-pot in the other paced the area yelling “Choi?! Choi?!” Choi is the Persian word for tea. No, Pabst Blue Ribbon or Keystone Lite at this rodeo apparently.

A large set of bleachers filled to the brim with people stood on the direct opposite side of the field. “Are we going to sit over there?”, I asked Nawruz. “No. Too many fights.”, he replied.

“Well then where?” Nawruz smiled. “We will stand on the field?” My jaw dropped. Whatever Buzkashi was it seemed to include dozens of men on horseback riding around the field with bullwhips in hand.

The field did not strike me at the time as the optimal place to be standing. I looked around, probably one hundred Afghans had the same idea as Nawruz. They were all standing on the field waiting for the big game to begin.

A Man with a Megaphone

The riders were slowly gathering at one point on the field and a short man with a Central Asian cap carrying a megaphone stepped onto the field. The event was obviously about to begin. I figured it was time to ask the question that had been burning in my mind since the beginning.

“Nawruz, what exactly is Buzkashi?” Nawruz proceeded to give me a detailed explanation of Afghanistan’s national sport. Buzkashi is a sport where dozens of men on horseback hit each other with mini-whips in an attempt to grab a goat carcass that they then try to carry to a certain point on the field all the while being whipped by dozens of other men. My jaw nearly hit the floor.

The lacerations I had seen on the horse finally made sense. However, the fact that we were going to be standing right on the dirt field where all this would be happening made even less sense. Suddenly, the man with the megaphone began announcing in Persian as the crowds in the bleachers began to cheer. It was game time. 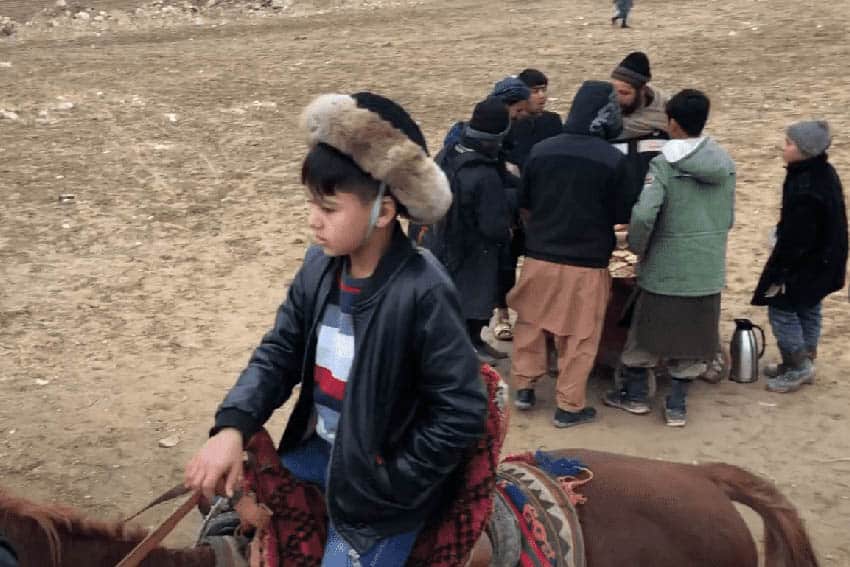 The second that the game began, the field went into an absolute pandemonium. The riders were clumped into a small bubble, flailing each other with whips for control of the golden snitch of Buzkashi, a dead goat.

The crowds in the bleachers were shouting at the top of their lungs and the children with us on the field were pointing things out to each other in excitement. I could hardly tell what was going on as the horses bucked and whips flailed.

Eventually the bubble dissipated. “They’re he goes!”, Nawruz shouted. One of the riders had managed to snag the goat and was bolting his way down the field as the other riders struck at his hands with their whips. Unfortunately, this rider dropped the prized carcass and the bubble reformed. A rider would grab it and the bubble would evaporate as the others pursed.

A couple good whip-cracks to the arm and he would drop it, the bubble reforming. This would continue for about thirty minutes. However, Nawruz noticed something. The bubble was getting closer and closer. “Maybe we should back up a little.”, he said nervously. 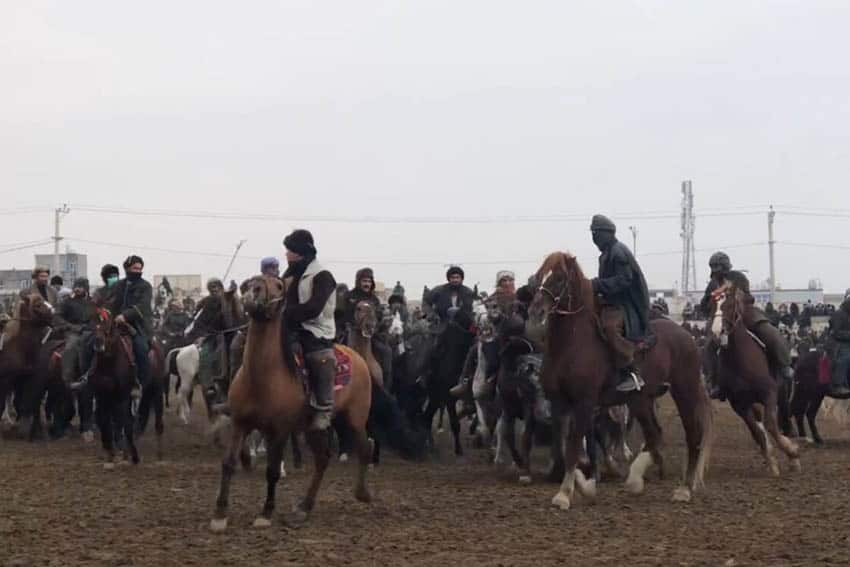 “Oh no they are coming!!”, Nawruz gently grabbed my shoulder and tried to pull me out of the path. I was too in shock to react quickly. A rider had managed to get a hold of the goat and we were standing right between them and the goal post. It is hard to describe the sight of fifty men wearing Soviet tanker helmets on horseback carrying bull whips running right at you.

One of the horses missed me by no more than nine inches. Luckily, I took no hoof to the face that day but did give Nawruz a good scare. We both decided it was best to be a little more mindful of where we were in relation to the goalpost.

Just as Nawruz had predicted, brawling had broken out on the bleachers. An older man in a turban began wailing on a younger man as the crowd laughed and egged them on. Buzkashi teams are often divided by province which brings with it ethnic and tribal differences. Rivalries can be heated and passion can get the best of some.

I am unaware of this are any specifically nasty rivalries in Buzkashi. Perhaps Kandahar and Kabul are the Buzkashi version of the Yankees and Red Sox. The game began to wrap up and the winners strutted past the bleachers greeted with cheers as the megaphone blared out their names and home provinces. The men and boys began to dismount their horses and lick their wounds.

Speaking of wounds, I immediately noticed fresh cuts on the horses following the game. Seeing the tired, lacerated, and dazed horses slowly meander their way off the field was unsettling to say the least. I thought to myself that there were several organizations in the States that probably would not be thrilled to hear about Buzkashi.

I left the game contemplating in my mind what exactly I had just seen. The only suitable explanation that my mind kept coming to was that I had just witnessed one of the Arizona rodeos of my childhood on steroids. 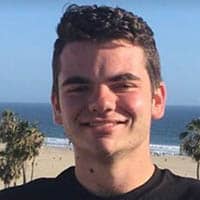 Ever since he first looked at a map of the world in first grade, Max Olson has been obsessed with traveling. By the age of 25, Max had ridden donkeys in the mountains of Afghanistan, paraglided over the South Caucasus Mountains, and trekked around Southern Tunisia looking for World War II sites. Max hopes to make a career out of his passion by becoming a travel writer and vlogger. You can see his blog here: https://maxthepilgrim.com