Drive-In Movie Theaters Are Alive and Well in South Dakota

A light breeze stirred the air around in the sky, helping me cool down as the sun went down. Excitement was gushing out of me as I waited patiently for it to become dark enough for the movie to begin at the drive-in movie theater.

DRIVE-IN MOVIES AROUND THE USA

Children played tag in the grassy area below the screen, and several couples relaxed in their cars waiting for the movie to begin. Everyone’s radio was on full blast and the same song played in all the cars. A booming voice came on the radio and let the audience know that it is now show time!

The screen is covered in color, and it turns into a picture of a cartoon hot dog and popcorn. They begin to prance on the screen with every step falling suit behind the beat of the music. As you can see, they don’t want the audience to forget about the concessions. A curtain of darkness has now fallen, and the film becomes more vibrant in color.

As the show plays on, I could gaze up and see the stars sparkling like they were watching us from far away. Any tension I had was lifted. Being outside AND enjoying movies at a drive-in movie theater, what a fun experience.

South Dakota is a state that’s known for its farmlands and Mount Rushmore. But this state has more to offer than that.

Yes, it has Sturgis, which is a biker’s dream, and there are the Black Hills. But for a fun time with the family, a lover, or some friends, why not enjoy something from the old days. A drive-in movie theater!

Yes, they still do exist, and in South Dakota, there are three Drive-in theaters that are worth a visit. Take a cruise to Mitchell, Hermosa, or Redfield in South Dakota and experience a movie like you never have before.

Picture this, rolling up in your car and being able to watch a movie from the comfort of the vehicle with stars twinkling in the night sky. For me, this is one of the best ways to enjoy a movie!

Starlite is an authentic Drive-in movie theater in Mitchell, South Dakota that was built in 1949. This is a small town that is known for its Corn Palace, about an hour away from Sioux Falls, the biggest city in South Dakota.

In Mitchell, you can use the Corn Palace as a starting marker and the Starlite is just 3 miles north. The address is 4601 North Main Street, Mitchell, SD. From the Corn Palace, take Highway 37 (considered the main street). Then North of Lake Mitchell is the blast from the past drive-in, Starlite.

Starlite is a little gem of a drive-in. Smaller cars get to park up close and have old-school FM radios posted outside of the car. The traditional FM radios can be used in the first three rows.

Trucks and other vehicles usually must park in the back. But this of course depends on how many cars are there for the showing. Once you drive through the entranceway, the employees tell you what channel to put your radio on and when the movie should begin. The sun setting is a big pointer as to when they will begin the show though.

While enjoying modern technology with economical prices, it brings a great combination for families, friends, and for a date night.

As you wait for the projector to begin its magic, you can check out the concessions and get the greasy yet delicious foods such as popcorn, pizza, hotdogs, mini-donuts, pretzels, nachos, and cold Pepsis.

If you would rather get cozy outside of the car or in a truck bed, bring a portable radio so you can be engulfed by the sound while taking in the enormous screen and the night sky with its glittering stars. There’s even a place to play mini golf while you wait for the movie to start!

Once the projector starts playing a reel, the oh-so-famous dancing hotdogs and other favorites of the 1950s and 1960s are displayed on the big screen.

As darkness takes over the sky, the film can begin. But this can vary depending on the weather conditions and the time of the year. The website shows the movie times, and this is just to give you an approximation of when it can start.

Come to a place where the digital world meets an old-school drive-in movie theater. Roy’s Black Hills Twin Drive-in movie theater was the first all-digital drive-in in the USA. Watch a film on their towering screens that are the biggest in the country at 80 feet wide! The booming audio will echo throughout the area as you are captured by the moving pictures underneath the night sky.

The gates open at 8 pm and all major credit cards are accepted. This drive-in movie theater has two screens (the east and west screen) that show two movies back-to-back. Before the show, don’t forget to grab delicious snacks from their concessions. They offer mouthwatering popcorn, a variety of drinks, and an assortment of goodies. 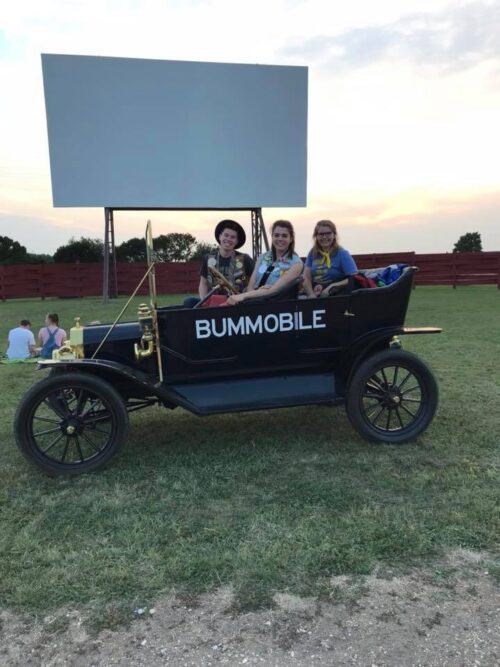 Sometimes they even have other kinds of delights. This drive-in movie theater has open arms to your fluffy dogs (or any kind of dogs). But don’t forget, have respect, keep them on a leash, and pick up after them. Once the sun goes down, the magic will begin and a roar from the radio stations will come to life with the sound in crescendo as the movie starts.

Be Courteous to the Drive-in

As you munch away on your snacks and they seem to have a technical issue, make sure to have patience. They plan on working on it for at least 30 minutes and if they still can’t fix it to make the magic happen, you are given a free ticket.

Another thing to take into consideration is if the weather isn’t on your side and you have already come through the gate, there are no refunds (unless you have talked with a manager).

Now, this business makes money from their concession, and they try to keep a variety of yummy treats so visitors like you will have a pleasant experience. So, please be considerate and don’t bring outside food through their gates.

Sparks will fly high in the sky as the day comes for Pheasant City drive-in theater to celebrate their company’s 69 years of business.

Since 1953, this drive-in was the 1st and only drive-in with a laser projector in South Dakota. In 2014, they showed their first digital movie, which was “The Amazing Spiderman 2”. Which did well and showed that the owners are staying modern with the times.

Rolling up to this drive-in, you will feel like you have been transported in time with the traditional speakers outside your car and the vivid picture on the wide screen while the stars bring light to the darkness.

The cars have their lights off and the roaring sound of the screen comes to life as people enjoy the film from their cars, lawn chairs, and even blankets with their families, friends, or of course for a nice date night!

There’s even a grassy area for the kids to play in before the movie begins. Or if you’re in the front row, you can set up your lawn chairs and a blanket in the grass in front of your vehicle.

A Surprise at the Drive-in!

Unlike other drive-ins, this one sometimes will have an employee dressed as a character from the movie people are waiting to watch.

When it was showing Jurassic World Dominion, a worker dressed as a feisty dinosaur and scurried around the cars so the onlookers could get a glimpse of it. If they wanted, take a photo with the hungry dinosaur. The kids were giddy with excitement when they saw this dinosaur wandering around.

Something to remember as you venture to this drive-in is that coolers are NOT allowed. It’s also expected that the visitors will dim their lights before driving onto the lot.

There are poles throughout the park which help you know where to park and give you a gauge as to how much room may be needed for the neighboring vehicle.

Don’t forget that you’re in a car, and if you’re in the driver’s seat, there’s a brake pedal that would blare a red light at the people behind your car.

Please avoid keeping your foot on that. If you decide to sit outside of your car, sit in front of or behind your vehicle.

Guess what?! Even your dogs are allowed to come on this trip as long as you keep them on a leash and clean up after them. So, the whole family can enjoy the experience, even the furry ones! Once you make it through the gate, you can tune to 90.3 FM, and please, don’t have your radio on a different station.

The Aroma from the Concessions

While you wait for the movie to start, a sweet smell of popcorn with melted butter wafts to your nose. Your mouth begins to salivate and quickly, you realize it’s time for snacks.

The concession has a huge menu of scrumptious food such as nachos, hot dogs, pizza (12”), delectable dill pickles, a variety of ice cream and frozen desserts, and an assortment of candies, and option for soft drinks or other kinds of beverages.

Unlike the entrance, the concession stand accepts credit cards.

(Only accept cash and checks at the ticket booth)

Put a pause on the daily things in life and explore what happens when the sun begins to go down at these wonderful drive-in movie theaters throughout South Dakota.

Get ready to smell the aromas of melted butter on popcorn and greasy pizza. Each car will be engulfed in sound from the surrounding vehicles all playing the same radio station while the screen lights up the night sky and everyone is enthralled by the video playing a crisp picture.

As I said before, you’ll feel like you’ve been thrown into the past as you enjoy the satisfying treats while seeing a movie on the big screen in the comfort of your own vehicle!

Many of my new friends that I made while growing up got to experience their first drive-in movie theater with me. I couldn’t bear someone not trying it out, and every time, they were blown away at how different it is compared to an average movie theater. 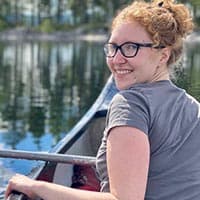 Dani  James is a  kooky American girl who grew up in good ole Sioux Falls, South Dakota. But her passion has always been traveling.  For the past five years, she has lived in Sweden. Her travel blog is dedicated to nature, outdoorsy adventures, and hikes within this Scandinavian country.  Visit Misfit Wanders.