Drive-In Movies Are the New Normal 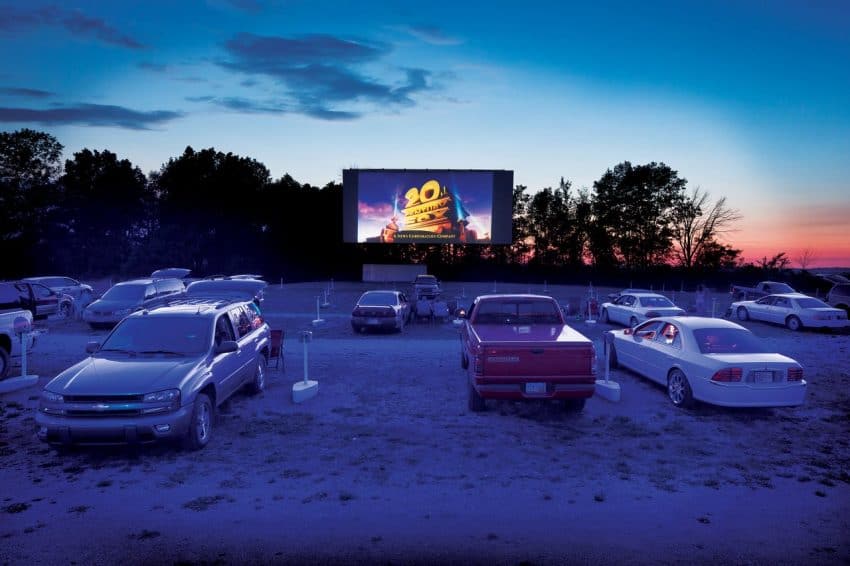 Many of us would be surprised to know that there are still around 350 drive-ins in the USA. Many have been in 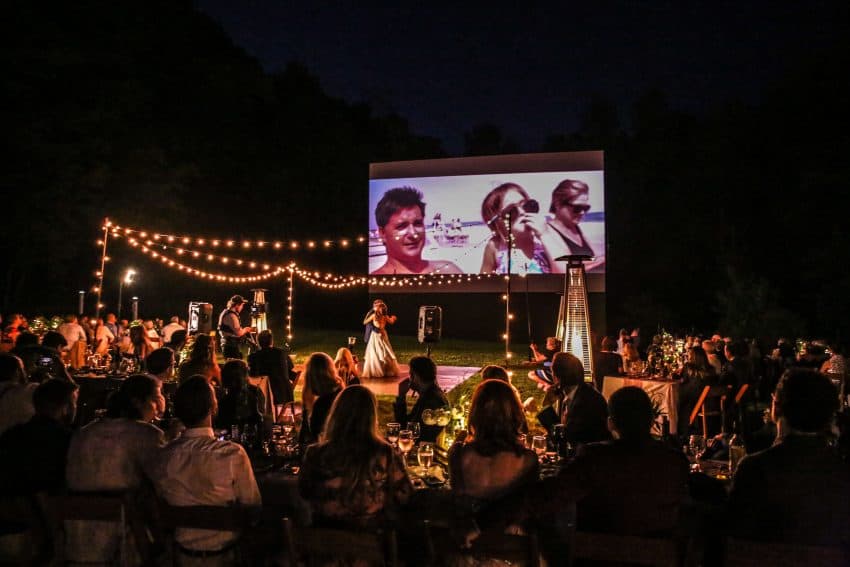 business continuously since the 1950s, before the advent of multiplex theaters, both in big cities like Atlanta and in small villages in rural Idaho.

Drive-ins, of course, wait until sunset to begin screening a current blockbuster or revisit a classic fav, but many also have playgrounds and miniature golf, farmer’s markets, flea markets, and vintage car shows to lure you in before the opening credits roll.

A modern twist is that most drive-ins now require you to purchase tickets online in advance to reserve your spot, order food online from the snack bar, and watch the movie from inside your vehicle, instead of setting up old-fashioned tailgating parties.

Some charge by the vehicle, others for each movie-goer in the vehicle.  Some have high-tech Bluetooth so you can hear the sound through your vehicle’s info-tainment system, some ask you to tune your FM radio to a particular frequency, and others have old-fashioned speakers on poles to broadcast into an open car window.

Most have one screen, others as many as four. And nearly all are family owned and operated, another distinction from the corporate-run multiplexes and the sunsets are free.

Here are 11 USA drive-ins worth visiting on your next date night, family night, or road trip. 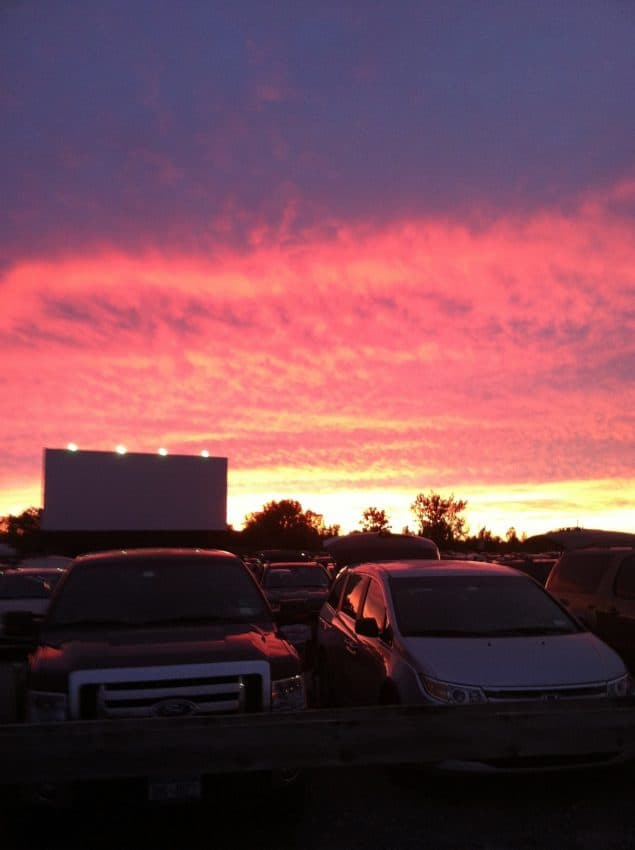 A huge potato sculpture sitting on the back of a vintage truck marks the entrance. The menu includes several kinds of fries, which you can wash down with an old-fashioned rootbeer float.  The Spud has been open since 1953.  website

Opened in 1934, this claims to be America’s oldest drive-in, still with one screen and with a tradition of showing old-fashioned double features, at 9 pm and 11:15 pm.

There’s also an old-school snack bar with classic movie theater snacks like popcorn topped with locally-made Keller’s Butter and such old-fashioned candy as Goobers, Dots and Skittles. Tickets are $10 for adults and $7 for children.

This Art Deco style local landmark has operated since 1949, with a view of the city skyline beyond its four screens (just one when it opened).  It’s the only drive-in in Atlanta, with a state-of-the-art digital projection system showing double features every night of the week, starting at 9 pm. Prices are $10 for anyone over age 10, $1 for kids 5-9.   When it opened, there.   website 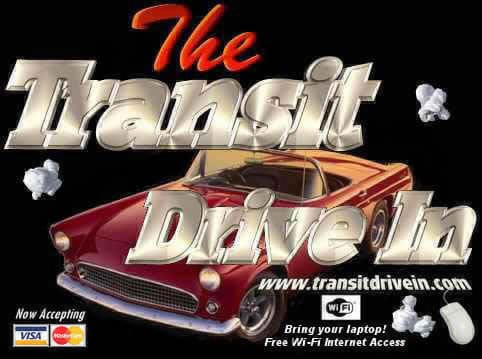 Open since 1952, the third generation of the original owners now operates this theater on the Erie Canal, close to Niagara Falls.  It opened with one screen and now has four, each showing a different single film or double-feature each night.

With a full capacity of more than 1,200 vehicles, this is the largest drive-in in New York State.

There’s also free wi-fi, in case the kids want to watch something different on a laptop than what’s on the big screen.  $10 per person for 12 and older, $6 per person for ages 5-11, children four and under are free. website

This is a relative newcomer, which opened in 2013, in part as an entertainment service for its adjoining hotel and camping site.

So there’s a playground for the kids, and car hop service from the hotel restaurant.

It’s also a popular wedding venue, using the big screen to project family photos and videos instead of romances made in Hollywood.

The Northfield Drive-in is located on the New Hampshire/Massachusetts border, so it’s the only drive-in that offers two states in one.  The Northfield opened 72 years ago, and just changed hands when a neighboring couple bought the place and are putting a lot of new energy and enthusiasm into the theater.

The movie, “Cider House Rules,” which won two Oscars, was filmed at this drive-in.  It’s still famous for double features that go way into the night, and great popcorn.

Northfield Drive-in is open Friday-Sat-Sun at 6:30, prices are $10 for adults, and $4 for children under 12. Check out their Facebook page for show information.

It’s fitting that the city which is home to the iconic Indianapolis Motor Speedway and the annual Indy 500 race would have a drive-in theater.  Actually, once the city had nearly 20.  Tibbs opened with one screen in 1967 by United Artists.

Today it has four screens with state-of-the-art digital projection and sound systems and can hold 1600 vehicles at full capacity.  It features a mix of new films and re-plays of older family favorites in double features five nights a week.  Pricing is $11 for 13 and up, $6 for ages 4-12, and free for kids 3 and under. website

Get your kicks on Route 66, the song says, including at this drive-in, which is listed on the National Register of Historic Places. It opened originally in 1949 and had a 34-year run before shutting down briefly.

It was renovated and re-opened in 1998 with new owners smart enough to keep the original old-fashioned neon sign and smart enough to switch to new-fashioned digital projection. Audio is via FM radio.  There is one screen and two prices – $8 for ages 13 and over and $4 for ages 6-12. website

This four-screen drive-in is the largest in North Texas, showing double-features every night of the week.   Since it’s Texas, the drive-in welcomes movie-goers who arrive on horseback and will rent you an FM radio to hear the movie dialogue.

Also unlike many other drive-ins, Coyote allows you to sit outside your vehicle on lawn chairs, so long as you do not infringe on another parking space. Prices are $7 for 12 and up, children are $4.  There’s also a beer garden in addition to the conventional snack bar. website

Two years after it opened in 1948, this drive-in was demolished by a tornado, and rebuilt.

A second screen was added in 1985, and both show double features which are always family-friendly.

This is also quite possibly the least expensive movie theater in the country – $2 for kids aged 4-9 and $8 for anybody over nine years old.

An FM radio is $2 to rent if your state-of-the-art vehicle no longer has one.  On weekends, the parking lot turns into a Swap Shop until it’s time to warm up the movie projectors.  website

Go-Kart Track by day, drive-in theater by night.  There’s one screen, which plays double features of current and recent family-oriented films, including animated ones.  Another bargain, and one of the few theaters that charge by the vehicle, not per person.  How many people can yours pack in for $10? website 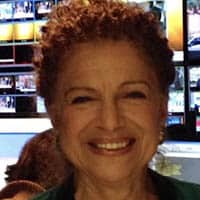 Evelyn Kanter is an NYC-based travel writer who would rather ride a chairlift, river raft, or zipline than the subway. She’s a regular contributor to major publications, including airline in-flights, and has written more than a dozen travel guidebooks. Evelyn’s travel website is www.ecoxplorer.com