Hortus Botanicus is a Verdant Garden in Amsterdam, Since 1636!

Amsterdam’s popular city feature, the Hortus Botanicus, also known as ‘de Hortus,’ is one of the oldest botanical gardens in the world.

It was established in 1636 to battle the Black Death plague.

Today, there are more than 4,000 plant species from around the world growing in the garden and greenhouses, some of which are endangered, a treasure trove of rare flora.

An oasis in the city, the Hortus Botanicus is a mecca for botanists and gardeners alike.

Behind the 300-year-old gates, the bustle of the city seems to disappear, a quiet and relaxing place to visit.

What is most interesting to me is the history of the Gardens, especially poignant in the times of Coronavirus we are currently experiencing. 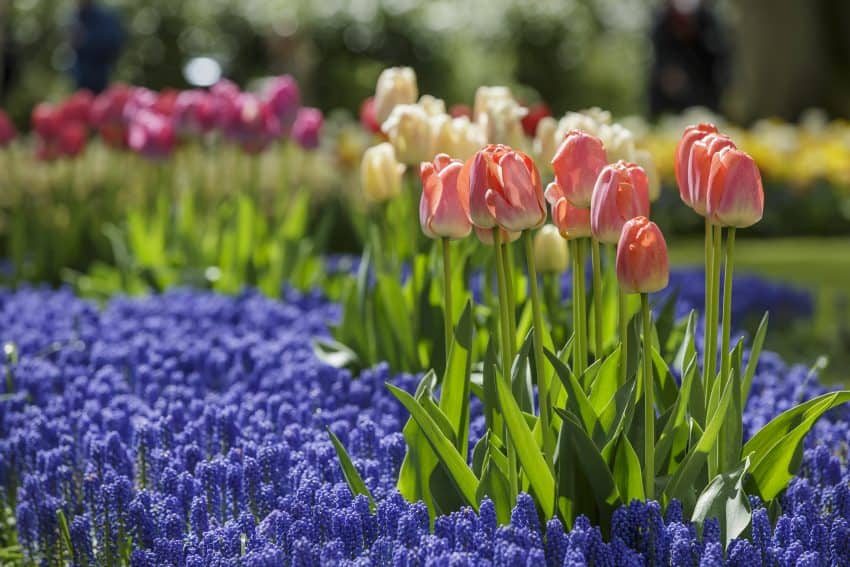 It was the 1600s, and the plague had fallen upon the Netherlands.

A plague epidemic ravaged Amsterdam during the early 17th Century, as more than 10% of the city’s population died during the outbreak of 1635-36.

Members of Amsterdam’s municipal City council called for a medicinal garden known then as the Hortus Medicus, to be established in the wake of the plague outbreak.

Frantic doctors desperately needed a solution for propagating medicines as thousands of people succumbed to the ruthless Black Death.  The answer – Hortus Botanicus.

In the 17th Century, medicinal herbs were vital to the city’s health care.  So, when the Hortus was founded in 1638, medicinal plants made up the core of the plant collection. Back then, herbs were the most essential ingredients for treatment for pain, disease, and sickness.

In 1646, Johannes Snippendaal was appointed as director of the Hortus Medicus Amsterdam.

In the same year, he managed to catalog the entire collection of the Hortus.

By the end of that year, he counted 796 different plant species, the majority of which were medicinal plants, along with an assortment of unusual ornamental plants.  Using this list, he created the first catalog of the Hortus Medicus Amsterdam.

The Snippendaal Garden in the Hortus Botanicus is referred to as the “The 17th-century pharmacopeia of Amsterdam’.

The species of plants that were used during this desperate time in history are available for inspection and study in the garden with identifying botanical labels for plant enthusiasts.

In the second half of the 17th Century, the Amsterdam Hortus Botanicus garden had a rich collection of plants utterly unknown in Europe. By the end of the 1600s, the Hortus Medicus had grown into one of the most valuable collections of exotic plants in Europe.

The earliest collection was amassed during the 17th Century through plants and seeds brought back by traders of the Dutch East India Company for use as medicines and for the possibilities of commerce.

Some plants from the Hortus Botanicus are seen today as the parents for the entire cultures of plant classifications, which later expanded throughout the whole world.

A single coffee plant, Coffee  Arabica, in de Hortus’ collection, served as the parent for the entire coffee culture in Central and South America.

Likewise, two small potted oil palms brought back on the sailing ships from Mauritius, an island in the Indian Ocean, took six years to produce the first seeds. These seeds were then propagated throughout all of Southeast

Perhaps the most famous plant to be introduced to the Netherlands is the tulip, of which there are now well over 5,000 varieties. During the 1630s, certain types of tulip were highly sought after.

Tulipmania was a period in the Dutch Golden Age where the prices for some bulbs of the recently introduced and fashionable tulip reached extraordinary levels, reportedly even greater than the value of a house.

The prices dramatically peaked, then collapsed in 1637.  Every April, more than 30 types of tulips are exhibited at the de Hortus during Amsterdam’s Tulip Festival.

The Victoria Amazonica water lily in its outdoor heated pond is one of the featured attractions of the de Hortus, where the annual water lily is cultivated.  Famously known as the plant with the world’s largest flower, its enormous leaves can grow up to 9 feet in diameter.

Every evening at dusk during the summer bloom season, Victoria opens up the petals of her celebrated white flower.   The first night the flowers bloom, they are a milky white color and emit a sweet, sugary scent.  The second night the flowers turn a beautiful pinkish purple.

Their size and beauty made them a sought-after commodity for many greenhouses during the Victorian era.  When possible, the Hortus opens the gates to the gardens to the public after hours so visitors can witness the incredible bloom and delectable aroma.

Today, de Hortus is an attractive, 3-acre  botanical garden, with more than 6,000 different plants.  Some of the more unique species include a 2000-year-old agave cactus and a 300-year old Eastern Cape giant cycad.

Paths meander throughout the garden for visitors to wander and enjoy nature, with the Crown Jewels Trail being a favorite.

The self-guided route offers an overview and highlights of the garden, which can be completed in 90 minutes.

It encompasses the expansive collection of South African plants as well as a Ginkgo tree that is regarded as a living fossil.  The Palm Greenhouse dates from 1911,  a protected monument, and a prominent part of the Hortus heritage.

The Hortus Café is located in the beautifully renovated Orangery of 1875.  The oldest building at the Hortus, the Café and terrace is a great place to stop for a relaxing breakfast or lunch.

Its first function was that of a storage place for citrus plants (in particular orange trees) during wintertime.

The Hortus Store is located in the former director’s home. The building, originally built in the 17th Century, and renovated to a chalet-style in 1862, has been used as an office, shop, and gatehouse.

It currently serves as a unique museum shop that sells plants, bulbs, and seeds among other unique gardener friendly gift items. The Hortus Store may be accessed without a paid admission.

A Place of Plant Pilgrimage

More than 380 years old, Hortus Botanicus is a place of pilgrimage for plant enthusiasts from all over the world.

Guests are free to wander the peaceful garden paths and lush greenhouses,  ‘discover’ the flowering water lilies, and appreciate the shade of the ancient trees.

The long-established garden represents an opportunity to enjoy moments of tranquility, particularly on a weekday early morning when it’s at its quietest.

De Hortus continues to evolve and play a role in the advancement of botanical knowledge and scientific research of plants by raising awareness and educating people about plants and the environment.

Opening Hours: the Hortus is open 10 am to 5 pm daily, except for King’s Day and Christmas Tickets are 9 euro for adults – and 5 euros for students, children (age 5-14), and Seniors.  Accessibility:  the gardens are accessible for handicapped individuals using a wheelchair.

Plantage  District Middenlaan 2a 1018 DD Amsterdam The Netherlands –  the location is a 25 minutes’ walk from Amsterdam’s Central Station.