Idaho’s Magic Valley: So Much to See

When you enter Southern Idaho, you will see desert sagebrush and small brown mountains dotted with the occasional tree.

Giant rock cities are scattered around the area, including the most famous, City of Rocks National Reserve. However, as you close in on the Snake River, the area is transformed!

Thanks to the Snake River

The brown dried up grass is now lush and green. As you close in on the city of Twin Falls, small towns and housing developments begin to appear. Deserted farmland and ghost towns are no more. You seem to be transported into a different world.

All of this is thanks to one thing, the Snake River. The river that winds through Southern Idaho, starting in Yellowstone and ending in the Columbia River has carved beautiful canyons and inspiring views. But it is one coveted resource that brings the area to life, WATER.

In the early 1900s, irrigation canals were dug to deliver water to the valley, magically turning it into lush farmland capable of supporting life and thriving agriculture.

In this valley, dubbed the Magic Valley, the contrast between the irrigated land and natural growth is stark.

But as the Snake River Canyon winds through Southern Idaho, carved 500 feet deep in some places, it provides bountiful opportunities for exploration and wonderment.

Centered in Twin Falls, the Magic Valley is a haven for activity. The most picturesque spot in the valley is Shoshone Falls. Here an overlook provides an exquisite view of a multi- 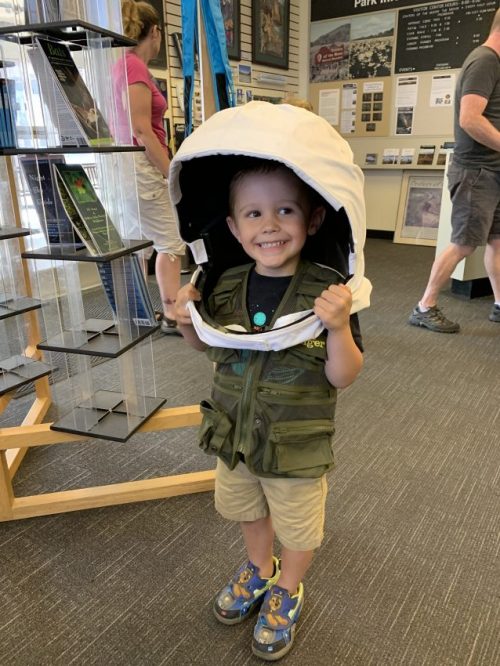 tiered waterfall navigating around giant rock formations and emptying into a pool of clear green water.

The mist rising up from the falling water creates a rainbow spanning the bottom of the falls. The overlook provides a great family photo op from above the falls and across the canyon. The state park that surrounds the falls has picnic areas and hiking trails that are stroller friendly.

In addition, a two-mile bike and hiking trail will take you to the spot where Evil Knievel attempted to jump over the canyon back in 1974.

Another great spot to witness the beauty of the Snake River is at the Perrine Bridge overlook, a must stop for any visitor to the Twin Falls area. The overlook provides views of the canyon, the beauty of which cannot be captured by a mere photo.

As I stood at the overlook taking photos with my son, several kayakers gently paddled the Snake River, passing between two lush golf courses located at the bottom of the canyon. The sheer cliffs plunge to the river below and then curve, following the route of the river. Do not miss this overlook while traveling around Southern Idaho.

Thirty minutes west of Twin Falls is the Thousand Springs area, where waterfalls cascade down the side of the canyon, wineries dot the area, and boat tours are available on the Snake River. This area is known for excellent fishing opportunities due to the fact that the majority of trout in the country are raised right here.

Fun fact: Idaho produces about 70% of domestic trout in the nation. Several state parks provide enjoyment for families, especially Ritter Island, an oasis for activity in the middle of the Snake River.

Hiking, swimming, and paddling opportunities abound, in addition, you can visit a historic dairy farm on the island.

I spoke with a local resident while in a museum and she told us that, “Ritter Island is my favorite place to take my son. He loves to play along the river and explore the wildlife and nature of the area.”

There are two places where we stopped to eat that we found were unique and delicious. Directly in Twin Falls is The Smokey Bone BBQ, a spot for brisket and cornbread that is bound to surprise any discerning barbeque regular.

It was almost 100 degrees when we were there, but the little outdoor seating area was cool enough to enjoy the aroma and savor the various barbeque sauces available. The Big Daddy was my dish of choice, serving up brisket, pork, sausage, and BBQ, and when I return, I will be trying the Dirty Pig.

Sumptuous pulled pork and mac and cheese together? How can you go wrong? A short drive outside of Twin Falls is the small town of Buhl (population 4,000). Since we stayed at an Airbnb not too far from there, we figured we had to check out the local watering hole and ended up at Magic Valley Brewing. 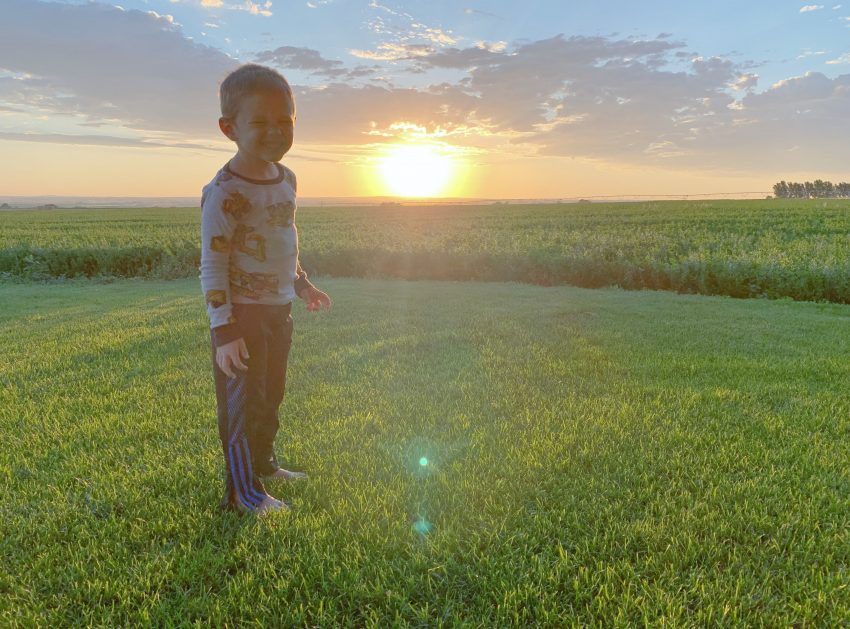 Much to our surprise, the place was perfect for our family. A couple of the beers that I recommend were Golden Trout and Spawn of the Dead, both named in homage of the area’s trout production.

But the pub-style food was also memorable – especially the Rueben with smoked swiss cheese. The corned beef was scrumptious, and the flavors were enhanced even more because the rye bread is made with spent grains used for their brewing process.

We split a Scottish egg and my wife enjoyed the shrimp po boy made with their homemade creole sauce.

This family-owned and operated brewery is a hidden spot in Southern Idaho that you should consider when traveling in the area.

Craters of the Moon

Ninety minutes north of Twin Falls is Craters of the Moon National Monument and Preserve. This unit of the National Park Service protects a large area of volcanic deposits, left there thousands of years ago.

Visitors even have the chance to visit several underground caves that have been formed by the long-cooled lava or climb to the top of Inferno Cone to overlook the entire valley. Snow-capped mountains in the distance climb toward the sky at the edges of this vast land area.

This area was great for our children to get out and walk, inquisitively looking at the strange and unusual formations dotted with areas of life here and there.

The junior ranger booklet my son completed encouraged him to find items such as monkeyflowers, bitterroot, and lichen. The wide array of new and intriguing species tantalized my son’s imagination.

Southern Idaho is a place of distinct differences. Desolate volcanic formations to the north and rock cities to the south contrast with the activity of the city centers.

All of these different areas provide opportunities for different family-friendly activities that will strengthen relationships and create memories. With so many choices it is easy to try something new. Perhaps a kayak trip down the Snake River?

See a woolly mammoth skeleton at the Herrett Center for the Arts where you could also catch a movie in their planetarium turned into an IMAX-style theatre.

Learn about a less-than-proud part of American History in Minidoka, home to a Japanese-American internment camp during World War II.

Check the local event calendar and attend a festival or visit a farmers’ market. With so many different options, Southern Idaho is a great place for families to visit that may not have been on your travel radar, yet. 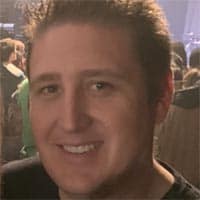 Chris Roth is a teacher in Buffalo, NY. He is married to Jessica and they have 2 young children, Aiden and Savannah, with a third child on the way shortly. He has started his own travel blog at www.noexcusestravel.blog to encourage parents to take their children on adventures, hoping that they can instill the same sense of excitement and joy of traveling in their children that Chris found as a child.