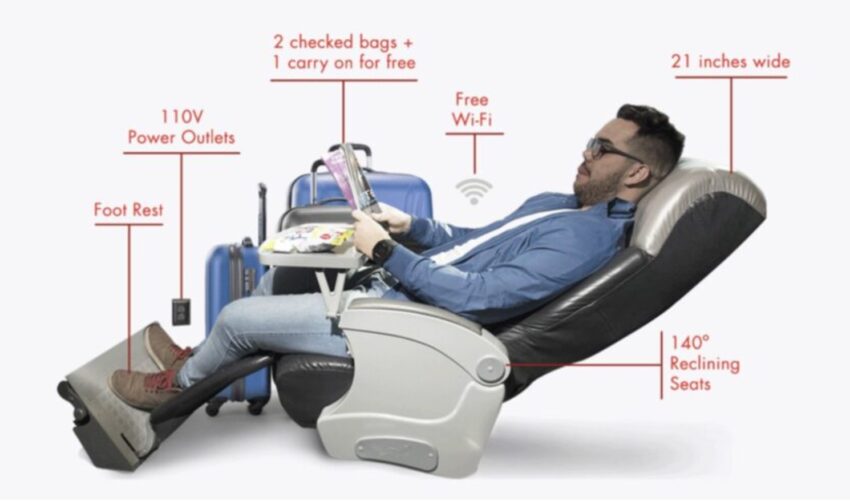 Buses have been around since the 1800s, however, they are not often people’s first choice of transportation. 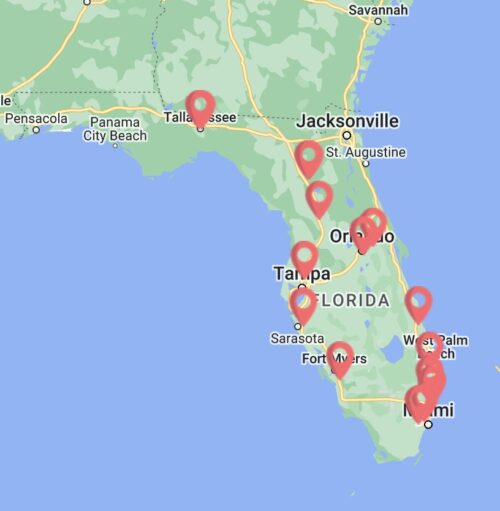 In recent years, however, there has been a push toward better inner-city travel and improved public transportation. A trend that we have seen on the rise is luxury buses or coach buses.

What many travelers don’t realize is that there are 3000 bus companies across the U.S. and often the cheapest and fastest route there is by taking a bus.

Red Coach is not your typical motorcoach.

The idea came after they discovered that America, particularly Florida, did not rely on public transportation as much as other countries. The company found that the bus mindset was completely different in the U.S. than it is in Latin America.

Florencia Cirigliano, the vice president of marketing for Red Coach, said they decided to change the bus mindset in the U.S. by launching the affordable luxury motorcoach in Florida.

Where can you travel with Red Coach?

Red Coach can take you throughout Florida and Texas.

In Florida, the coach bus company has routes in Tallahassee, Orlando, Miami, Fort Lauderdale, Tampa, Gainesville, and more. In Texas, the motorcoach has routes in Dallas, Waco, Austin, Houston, College Station, and San Antonio. The bus has a direct non-stop route from Austin to Houston.

With custom-made seats imported from Argentina, Red Coach redesigned the entire bus. Rather than the 56 seats, its buses have 26 or 38 seats.

All of the seats can recline 140 degrees and offer extra legroom giving passengers the ability to sleep and sit comfortably on the plush seats.

In first-class, the seats have lap trays which can help you do work on the go.

Each bus has power outlets at every seat and offers free WiFi. Passengers are allowed two pieces of luggage for free.

Why travel with Red Coach?

“We’re trying to offer something that will replace the comfort of their own vehicle,” said Cirigliano.

Cirigliano said they want the experience to be comfortable enough that customers are willing to compromise by traveling a little longer than they would have by car.

Traveling with Red Coach is a reliable mode of transportation that lets you feel safe. By doing the driving for you, you get time to relax or be productive before you arrive at your destination. With that extra time usually spent behind the wheel, you can get work done or just take a nap.

The Jet is a luxury bus startup. It is another first-class travel experience that combines the privacy and luxury of a private jet with the convenience and affordability of a motorcoach.

Where can you travel on The Jet?

The Jet arrives and departs from 565 W. 33rd Street between Hudson Boulevard & 11th Avenue in Hudson Yards. This vibrant and safe neighborhood is near Bella Abzug Park and the Shops at Hudson Yards. Passengers can easily access the subway from the NYC location.

In DC, the coach bus arrives and departs from 565 13th Street NW at F Street. The neighborhood is in the heart of DC with cafes nearby and easy Metro access.

What to expect from The Jet

When traveling on The Jet, you won’t feel any motion while the bus drives to your destination. This is thanks to the coach bus’s HoverSeat technology.

This motion-canceling technology eliminates 90% of all bumps and vibrations from the road, creating a smooth ride for the passengers on board. This is great for resting, reading, sleeping, or for any passenger with motion sickness.

However, if you put your feet on the ground, you will feel how much the bus is moving.

Comfort comes first for the motorcoach company. The company spent two years designing its advanced seats. The seats have a gel-foam base and a memory foam back. With a pneumatic leg rest, a 4° recline, and plenty of legroom, it is easy to see what makes these seats first-class worthy. For those working while traveling, the coach bus has built-in tray tables for each seat.

Passengers can stream or email without buffering with The Jet’s Hifi Wifi. The company boasts the fastest Wifi in mass transit travel.

Consider traveling with this modern take on a classic

Bus travel can be a great way to make your daily commute or go on a one-time trip. Coach buses are slowly gaining popularity with people who want to travel in luxury without the insane price tag.

So, next time you travel, consider taking a coach bus rather than making the drive yourself.