Say “West Texas” to some people, and they conjure up these images: Flat. Dry. Dusty. Hot. Beige. They believe it’s the price you have to pay to get to your real destination.

Traveling to far West Texas this fall, I knew otherwise. But what I didn’t know is that the town of Fort Davis is something out of a time warp — both past and future. And, I didn’t know how much I’d come to love the people, places, and things to do in this far-flung community.

This tiny town, population 1,029, is perched nearly a mile high in the Davis Mountains, one of the few “sky islands” of Texas.

Mt. Livermore, the highest peak in this isolated part of the southern Rocky Mountain chain, towers over nearby Davis Mountains State Park at nearly 8,400 feet. Far below, in a totally different environment, the Chihuahuan desert surrounds this elevated outpost.

Hospitality at the Drug Store

What could be more fun than devouring an ice cream treat at a 22-foot-long old-fashioned soda fountain? How about staying four nights in a room just above that ice cream fantasy?

Fortunately, I was able to book a stay in one of the six comfy rooms at the Fort Davis Drug Store and Hotel.

To accommodate the tastes of both my wife and myself, they cooked up a mammoth burger topped with thick bacon, pepper jack cheese, and green chili, plus a finely cooked salmon filet with fresh salad.

Add hand-battered onion rings and a half-sized banana split, and it made for a delightful meal and restful night’s sleep. The quality of the food is only part of what makes this couple and their business stand out.

The Harrods purchased the 107-year old business in June 2019. The townsfolk started returning to the restaurant when they realized the Harrods, long time area residents, were serious about providing a place for the local community, not just tourists.

The Harrods noticed that without a school cafeteria, the children were buying junk food with their small allowances. So, in coordination with the local food pantry and the kindness of local donors, gift certificates to the restaurant are now tucked into baskets of food distributed to the children as needed.

The couple provides affordable and nutritious lunches to kids at a reduced price. Jennifer said “Now everybody who comes in here during the week, I know. The community has embraced us.” They exemplify the small-town atmosphere in which everyone helps everyone else.

Jennifer said “People don’t realize that there’s so much to do here. Everybody waves to each other, even if you don’t know them, and you’re just welcome—the beauty (of the area) is just an extra perk.” www.fddrugstore.com.

Winding up Highway 118 into the Davis Mountains, I stopped at the home of Randy and Kay Dawn Glover.

Picture an old-fashioned cowboy, and Randy Glover is your man. His weathered hat, bushy grey goatee, and easy-going manner puts everyone at ease.

His jewelry designs graced the studio and demanded closer inspection. Glover’s interest in metal led him to hand-forging bits and spurs, but he soon discovered his nature-themed jewelry was outselling everything else.

He hasn’t changed his ranching garb or his Texan friendliness, but his pieces are now prized around the world, sold in Paris and New York — and at the iconic studio on his ranch.

“I get a lot of my inspiration when I’m out on the ranch,” Glover said. “I might see a tree or a rock, and say ‘That’s a neat shape—maybe I can do something with that.’ It takes on its own life, is what it does.” It’s a conversation with his art, he adds.

“I could sit down with a piece of silver or copper and just ask it, ‘Where are you gonna take me from here?’” Glover is able to do what he loves with both his artwork and in the saddle, as he manages several ranches in the area.

Exploring the Heavens at McDonald Observatory

The evening was closing in, and time to keep traveling up the serpentine mountain road to The University of Texas at Austin McDonald Observatory. Their famous “star parties” have again opened at a limited capacity, by reservation only.

Tuesday, Friday, and Saturday nights, they provide visitors an educational tour of the heavens, with guests gathering at an outdoor amphitheater.

I gazed upward during the 45-minute tour, which included a laser-pointed scan of the constellations.

Afterward came a live outdoor screen presentation of the moon and nearby planets. An astronomer, housed inside one of the nearby smaller telescopes, selected views of the heavenly bodies. The moon, Mars, Jupiter, and Saturn with its rings became up close and personal friends.

The observatory continues to lead in groundbreaking projects of worldwide — and galaxy-wide — impact.

Discovering the nature of mysterious dark energy, believed to be the cause of the accelerating expansion of our universe; and helping to build the world’s largest telescope (Magellan) in Chile, expected to transform the field of astronomy.

I took another long look at the Milky Way streaking above and imagined the discoveries yet to come. Website.

A Natural Connection at the Chihuahuan Desert Research Institute 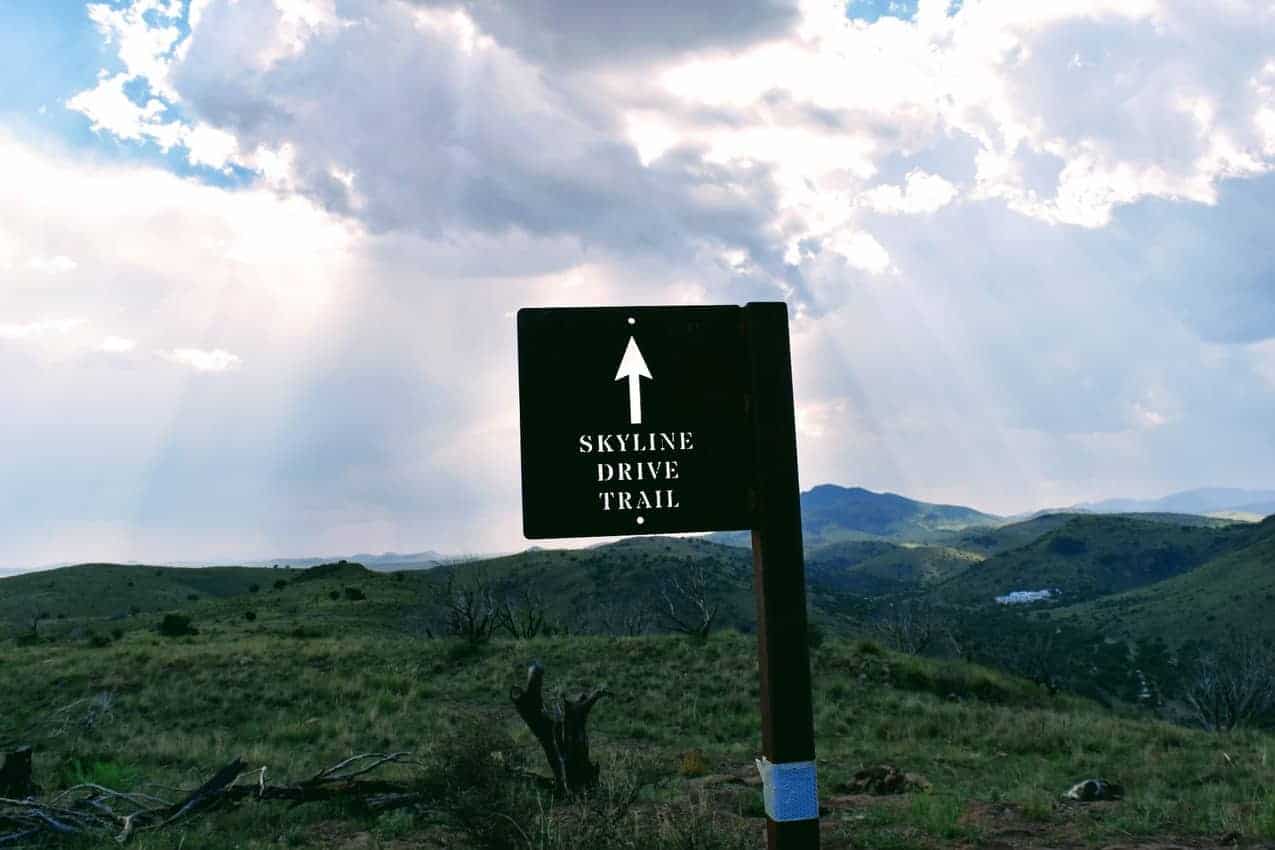 She co-created a web of programs for children within a 100-mile radius to experience the area’s unique earth science, creatures, and plants.

Four professors from nearby Sul Ross University founded the CDRI nearly 50 years ago. As the center evolved and grew, the educators wanted to share what they had learned of the flora and fauna.

Programs are geared to the age range of the kids, and include topics covering earth sciences, herpetology, and an insect-related presentation called “Bugs, Bugs, Bugs Day.” For that one, Lisa will fix a kid-favorite — chocolate-covered crickets and spicy mealworms — to show which of the world’s populations eats insects as a source of protein.

Gordon chuckles by adding “The kids will bring the parents back, and exclaim ‘this is the place where we ate the bugs!’” Nothing like hands-on learning.

The Institute boasts five miles of hiking trails, a nature walk detailing plants growing at different elevations, a mining exhibit, and a greenhouse full of rare and varied species of cactus. Gordon commented, “It’s a marvelous place to be outside in nature, and to explore.

But it’s the visitors who make the difference. We think of ourselves in the hospitality business.”  Even in these socially distanced times, the Center’s trails and outdoor exhibits are open. See hours and information at www.cdri.org.

Fort Davis’ claim to history is its historic frontier military post, established in 1854.

The eponymous outpost was home to the famed “Buffalo Soldiers,” the African-American troops who served to protect travelers on the old San Antonio-El Paso road and on to California’s golden allure.

The Buffalo Soldiers were named by the Native Americans who compared their hair to that of the revered creatures that sustained them on the southern plains.

The history of the fort and its people comprise conflict, settlement, and hardship: a story of our past visitors need to experience. Visit they do, by the tens of thousands each year. website.

I cruised down State Street to see what the shops had to offer, and was attracted to a curiosity shop named Bea-Tea-K. Betty Kriel, the owner, and her husband have lived in Fort Davis for nearly 12 years, leaving South Africa (but not her accent) behind.

Her engineer husband managed the Southern African Large Telescope (SALT). His qualifications turned out to be the perfect match for the McDonald Observatory up the road.

“We could have moved anywhere in the world, but we are so fortunate and grateful to be in this area; people really embraced us.”

Kriel opened her shop three years ago, featuring her own hand-crafted items. She figures that 40 percent of the goods are now locally made, and the rest are imported hand-made fair-trade items.

Another surprise of this unique small town. Beatea.k.fd@gmail.com.

These mountains call not only to people,  but the abundant wildlife, such as the beautiful and hardy hummingbird. For years, Fort Davis has hosted the Davis Mountains Hummingbird Celebration, usually in late August.

The pandemic forced the planners to cancel the 2020 programming, but plans are in the works for next year, scheduled for August 19-22, 2021, says Cecilia Riley.

Cecilia and husband Mike explained this major small-town event, is limited to the first 250 folks who are fortunate enough to register.

Cecilia, a biologist, worked for Texas Parks and Wildlife and the Nature Conservancy. She was founding director of the Gulf Coast Observatory.

She and Mike, a retired chemical engineer and professional photographer, continue to volunteer their time as birders to document all 18 hummingbird species of Texas that migrate through this area every summer. Cecilia said about their move to the town four years ago, “We wanted something different, but I wanted to stay in Texas. It’s a unique part of the state.”  website

I wasn’t expecting to partake in any wine-tasting opportunities. However, a sign perched on an old pickup truck pointed to a surprising find. Driving ten miles southeast of the hotel, I found Adam White of Chateau Wright, named after Adam’s co-owner, Dr. Jack Wright.

Grapes also flourish on their own well-drained volcanic-rich soil, exposed to full sun, plus cool nights and cooler days than at lower elevations.

White says, “it’s a pretty special place, at least for Texas. The really cool nights help to maintain acidity and elongate the ripening season, so we get more complexity.” When he and Wright found the land, they personally planted all 17,000 vines, consisting of two acres each of Tempranillo, Grenache, Mourvèdre, Cabernet Sauvignon, and Viognier.

The highlight is their 2017 Jack Rabbit Red, which won a gold medal in a recent Texas International Wine Competition. The jammy, fuller-bodied wine, grown on the property, appealed to my steak-lover instincts. ‘Nuff said—I bought two.

The lengthening shadows of the late afternoon didn’t stop me from driving to the scenic overlook on the crest of Davis Mountains State Park.

I experienced a stunning 360-degree view of Fort Davis, the 1930s-era Indian Lodge Hotel, and even the domed telescopes of McDonald Observatory in the distance.

The rays of setting sunlight and distant thunderclouds beautifully showcased this sky island.

With the adventure coming to a close, I decided to splurge on dinner at the Blue Mountain Bar & Grill downtown, next to the Victorian-style Limpia Hotel.

The Limpia began in 1912 as a refuge for the “summer swallows,” those who sought relief from the summer heat by traveling to the cooler climes of the Davis Mountains.

Until the pandemic interrupted things, that included annual international visitors like those from France on their Harleys, on a motorcycle tour of the U.S. The Limpia offers 21 rooms and 10 suites, plus event and meeting space. https://hotellimpia.com.

I came to explore a small town that I’d only driven through on the way to someplace else. I found this “sky island,” surrounded by the rugged high desert, offered delights from the past and visions of the future. The beauty of the land and people hide in plain sight, awaiting those who heed its siren call. 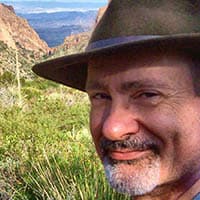 John Spaulding writes about all things Texas. You can visit him at www.texastripwriter.com.