A Quest in New York City for the Best Croissant 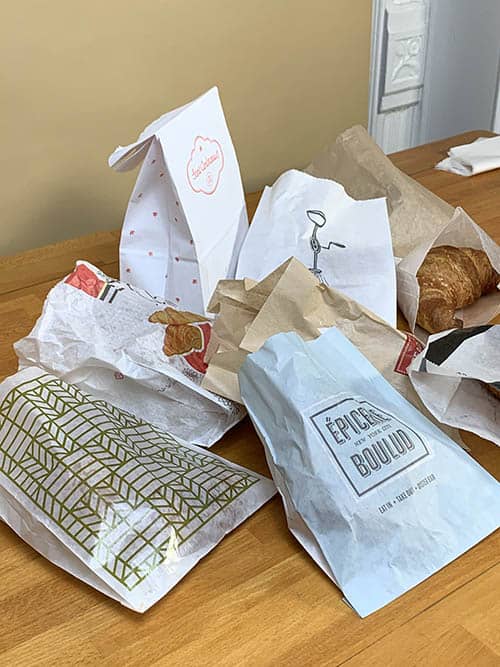 In 2020, freelance travel writer Erin Levi found herself on a quest to find the best croissant in New York City.

The idea for this NYC croissant map came to Levi after her French friend recommended a bakery with the “best” croissants, which they claimed were even better than croissants in Paris.

Levi took her friend’s advice and visited the bakery. After trying the croissant she snapped a picture and posted it on Instagram. Her caption said that it was the best croissant according to “one French person” she knew.

After posting the picture, she was quickly met with comments that disagreed. This sparked something in Levi and she began surveying people (unofficially), asking where to get the best croissant in New York City.

This is how she met Savinien Caracostea, designer, cultural entrepreneur, and trained pastry chef, who disagreed with her post.

Levi invited Caracostea, her new partner, to join her on the quest to find the best croissant in the city. This is how Quantum Crumbs was born.

Quantum Crumbs is your hyper-methodical authority on all things food.

Made up of two New Yorkers (Levi and Caracostea) who are seeking to quantify taste, flavor, character, and the “je ne sais crumb” of culinary science.

The pair’s first subject was, of course, croissants, but they have also explored baguettes, ice cream, chocolate chip cookies, and bagels. 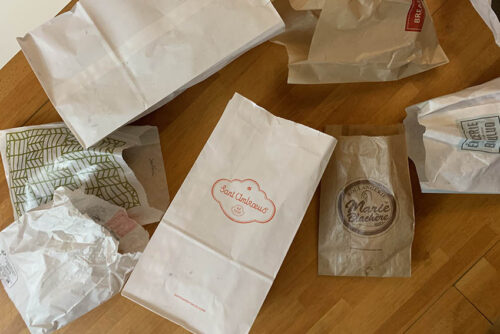 For each quest, they evaluate a selection of renowned and under-the-radar New York City bakeries or cafes.

You can follow their journey on Instagram, where they have posted the top ten of each item. However, to get the full experience you can also purchase the official map.

The map includes every bakery they visited in their search for each item.

The maps are $10 and can be purchased on the Quantum Crumbs website and three book stores in the city: McNally Jackson Books, Albertine Books, and Books Are Magic.

The maps only come as physical print maps, so they are like a novelty, said Levi. The maps have beautiful photoshoots and designs.

The quest for the best croissant

Levi and Caracostea visited about 30 bakeries and cafes in New York City with 26 making the map. Those not included either closed or were out of croissants every time they visited.

Despite trying almost 30 different croissants, Levi said, “it was the one thing I didn’t get sick of.”

It took about six weeks from the end of November 2020 to early January 2021 to try the croissants and make a definitive list.

On January 30, 2021 (National Croissant Day), Levi and Caracostea officially launched Quantum Crumbs on Instagram and announced their quest. Soon after they started their countdown for the ten best croissants in New York City.

The official map of all of the 26 bakeries and cafes that made the cut was released in early March 2021.

What makes a croissant good?

When on the search for the best croissant in New York City, Levi and Caracostea decided it was best to keep it simple, only reviewing the plain yet elegant butter croissant.

Levi and Caracostea tried to take a scientific approach when following, what they call, the flake trail.

Obviously, the taste is subjective but there are other elements, especially in baking, that are important. They looked at the flakiness, structure, flavor, weight, and layers. 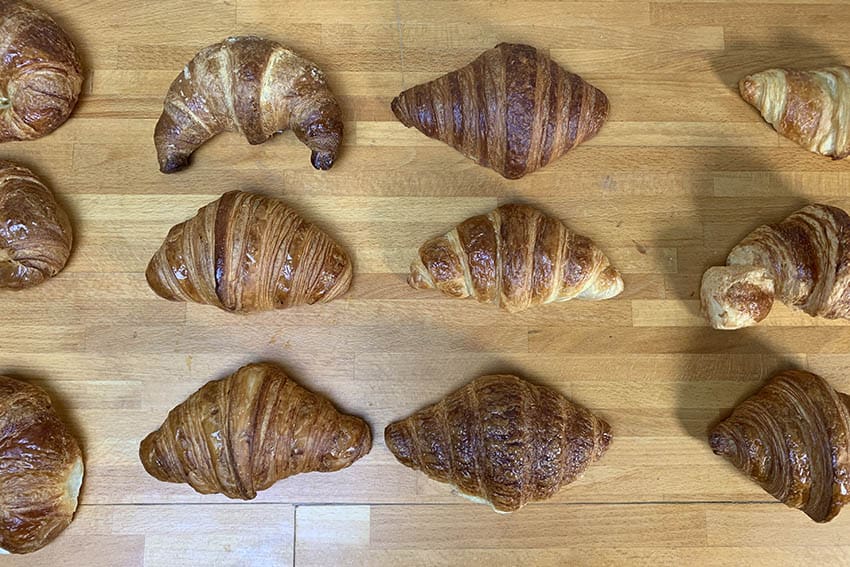 They would slice the croissant in half to look at the composition and different layers to see if they were thick and clumped or light and airy.

The pair determined that a good croissant will not be overly flaky and not overly buttery. A good croissant should have an even structure on the inside.

An issue they came across was while some croissants were perfectly shaped, they lacked flavor. Number 10 on the list, Lella Alimentari, was physically perfect but was “just missing something” said Levi.

Lella’s honey-hued croissant is topped with little sugar crystals and is a little sweeter than the traditional French croissant.

In the time of lockdown and quarantine, many people picked up baking and cooking as a new hobby. Bread-making became especially popular on social media. However, one thing people were not making much was croissants.

Croissants are works of art that can take up to 12 hours to bake. While there is no special equipment required when making croissants, they can still prove to be difficult to make as they require good technique along with a lot of steps.

Often you will not get it right on the first try.

Croissants are not something the average person can make at home or if they can it likely would not be a frequent occurrence due to their long prep time.

“I felt like it was valuable to go out on this quest looking for the best croissant because it was the one thing that people really weren’t making at home,” said Levi.

Who was given the title of the best croissant in New York City?

After weeks of tasting and examining croissants all over the city, Levi and Caracostea were able to narrow it down to one: Nick + Sons Bakery in Brooklyn.

Dubbed “the craft croissant,” it was burly and airy like an industrial loft said, Levi. The micro-bakery’s craft croissant has a subtle yeasty aroma “as if it were baked in a Brooklyn brewery by a bearded baker with tattoos.”

What’s next for Quantum Crumbs

Soon after they wrapped up the flake trail, the pair moved on to find the best chocolate chip cookie in New York City.

Quantum Crumbs now has five food maps of the city and looks forward to creating more. In the future, Levi hopes to go on a search for the best pastel de nata (egg custard tart) in the city.

In their quests, Levi and Caracostea often visit small businesses and lesser-known bakeries along with the popular. “We’re hoping that we’re like exposing people to little bakeries that they haven’t been to before,” said Levi. 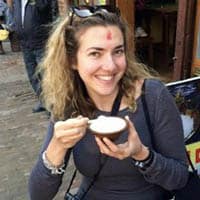 Quantum Crumbs’s food maps can offer a unique way to explore the bustling and lively New York City, both as a local and a visitor.
Visit Erin Levi’s website