In the Northeast of Catalonia, La Garrotxa Offers Volcanoes, Farms and Vistas

The way the people speak in La Garrotxa, a volcanic region of Catalonia in northeast Spain, sounds different than the Spanish of Madrid.  That gold star in an altered flag of Catalonia denotes a separatist viewpoint, but nobody here wants to talk politics.

I visited La Garrotxa in November, and it was as expected–a bit on the rainy side. But that didn’t stop my enthusiastic hosts from showing me as much of this beautiful, unspoiled, and in recent years, nearly empty part of Catalonia in Spain as they possibly could.

Even after checking off nearly a dozen of La Garrotxa’s highlights, there were many more left undiscovered.

Hiking the Roman Road of Capsacosta

The hiking is extraordinary–especially when you get a chance to walk the famed Roman Road of Capasacosta, a path built to withstand the elements for thousands of years by the world’s best roadmakers.

This is truly a hiker’s hot spot, with well-marked trails that are taken care of by a devoted group who not only denote the directions to each landmark, but the amount of time it will take to get there.

That gives the hikers more options and makes hiking here generally more pleasant.  La Garrotxa has Itinerannia, a large network of footpaths that is also present in El Ripolles and l’Alt Emporda and that enables you to walk from one village to another along historic footpaths.

Abandoned Farmhouses All Around La Garrotxa

One of the interesting aspects of this region is how underpopulated it is…and that’s a real problem.  The land is marked by an unusually high number of empty and abandoned farmhouses, ancient stone structures that have been left to rot by indifferent farmers who no longer wanted to work this land.  The forests are taking over the formerly tilled fields, forestation not deforestation is the biggest concern.

Today the primary employers of Olat are the town’s many pork processing factories. Farming is not a desired occupation and the existence of so many houses inside the park adds a layer of complexity to ever finding people to again work the land.

The park is located in the province of Girona, it covers around 37,000 acres, of mostly private land, and it forms a donut around the towns of Olot, with around 33,000 residents, and some other smaller towns.  The snow-capped Pyrenees are just 60 miles to the north and are visible like silent sentries when you scale one of the mountains like Sant Feliu de Pallerois for a panoramic view.

On the weekends, the restaurants and hotels of Olot are packed with hikers who come up from Barcelona and Girona to take to the woods and break out their hiking poles.  An organization called DestiMEDPlus has launched an eco-tour that takes guests right into the centers of the small volcanoes and to many of the volcanic sites that have put La Garrotxa Volcanic Zone Natural Park on the seismic Map.

I was there to take this tour and to provide an evaluation to the people who created these tours and others that focus on eco-tourism along the Mediterranean.

We set out in a truly eco-tour-appropriate fashion—we walked from the rural B&B to a bus stop to catch a public bus to Olot, where we would begin our hike on the Roman Road of Capsacosta.

This is an energetic and long hike, and it is punctuated with stunning views and more of the aforementioned abandoned farmhouses dotting the route.

This road was once the only link between the valleys of Bianya and Camprodon, running eight kilometers from Sant Pau de Seguries to the Pas dels Traginers in La Vall de Bianya (La Garrotxa).

You can see how well the road was built, with water run-off spouts, and carefully built turns that never eroded over time, along with some of the cobblestones that you see on Rome’s Appian Way.  The views are killer, the air is perfectly fresh, and the views go on forever.

This DestiMedPLUS trip in La Garrotxa is designed for people who have a strong interest in volcanology, and seismic matters. I encouraged my hosts to include more of the non-volcanic highlights of this region, that include a stunning village perched atop a narrow cliff, called Castellfolit de la Roca, and the town of St Joan les Fonts where ancient carved basaltic flows make for an intriguing hike with waterfalls and abandoned buildings.

If for some reason these are not on your La Garrotxa itinerary, be sure to add at least another half a day to explore them!  We all couldn’t get enough of shooting photos of this incredible town of La Roca, and I think the best shots came from a drone that was shot by a pair of professional shooters who were joining us on our rainy sojourn that day.

Hiking in the Rain

The hiking in the rain was tough until we all wised up and made a stop at Olot’s Mandarin Store, where we loaded up on ponchos and umbrellas. Much better!

In the fall, the weather here is bound to include frequent showers, so now we were all prepared. And as more than one guide has told me over the years, there is no such thing as bad weather, only bad clothing choices.

In the north part of La Garrotxa Natural Park, the small town of Sant Joan les Fonts has some spectacular basalt formations just below a dramatic waterfall. It’s right next to a gigantic former mill that’s been abandoned for decades.

I always love to explore abandoned buildings, and always find myself asking, ‘what happened?’ to the once-prosperous mill.  This paper mill was water-powered and it was called Fondo Mill.

It began producing paper in 1723 and has been shut down for many decades. Today, nearby, you can ogle some volcano-created basalt walls that look eerie, sort of like the Giant’s Causeway but vertical and on a hillside.

Inside the Volcano Crater

Our volcanic explorations continued when we visited the inside of a crater, a miniature version of a volcano at Croscat Volcanic Park.  Here the crater was created by a calm eruption that forced the lava flow in a certain direction and created the open crater.  Nearby is a fantastical beech forest on a flat part of the woods, which we hiked through.

Silence in the Woods

At one point during the last day of our hiking, our guide asked us to stop in the midst of a glade, in Sant Feliu de Pallerois, where we had just enjoyed a spectacular view of the distant Pyrenees and many of the volcanic places we had spent the week exploring.

“Let’s be silent,” he said, “let’s just put away our phones and spend the next half hour in silence.”

I enthusiastically tucked my phone away and watched my fellow travelers do the same.  Out of the group of eight, three couldn’t ignore their electronics…but those of us who did bask in the silence, the birds, and being surrounded by the beauty and tranquility of the forest were moved, and felt relaxed and less-tethered than we usually are. The others caught up on their email or looked at their photos. Oh well.

How to Get to La Garrotxa

Discover ec0-tours and excursions in La Garrotxa with DestiMEDPLUS, and the local tourism bureau, Tourism La Garrotxa. The author’s visit La Garrotxa was sponsored, but the opinions are the author’s own. 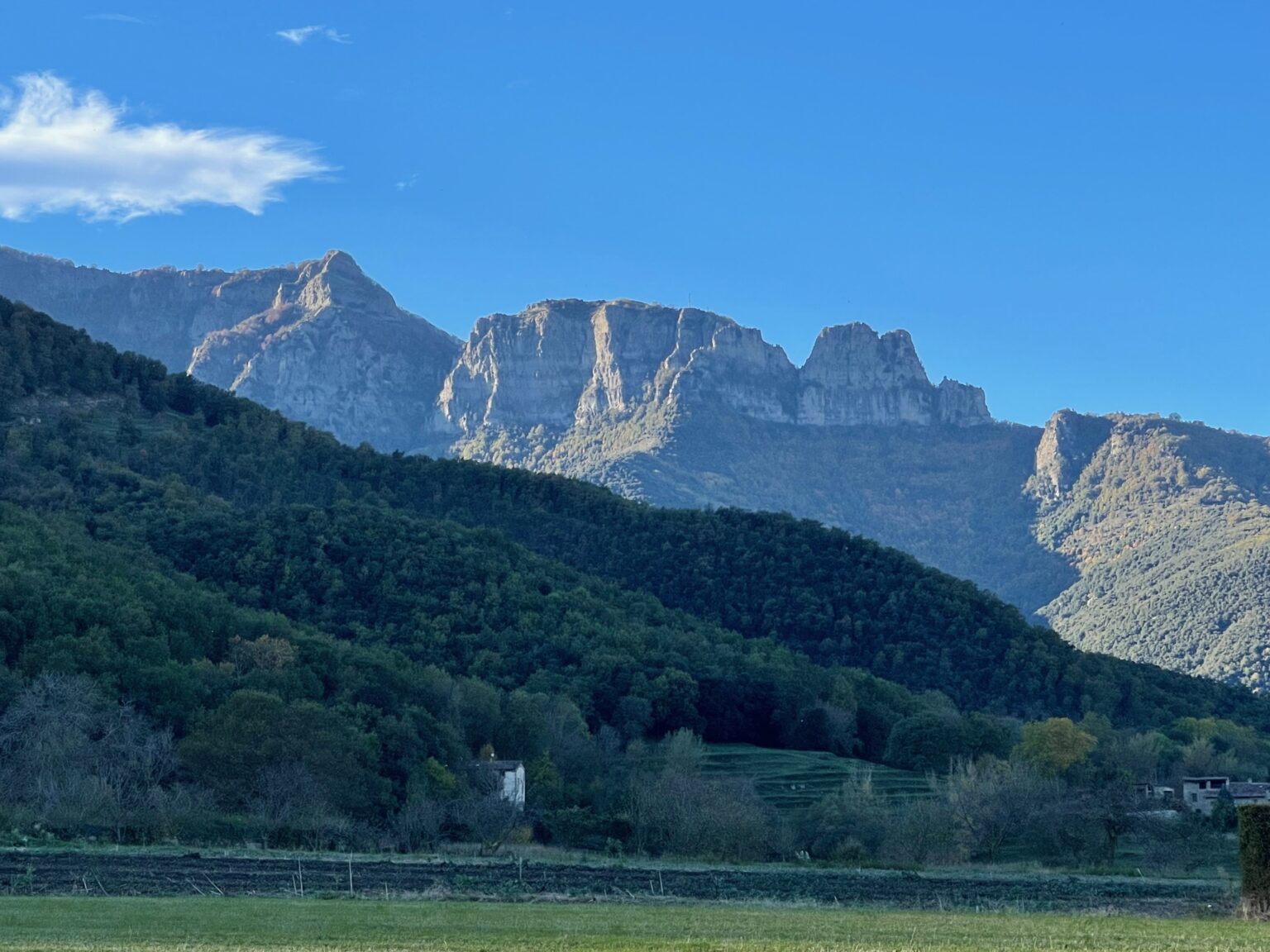 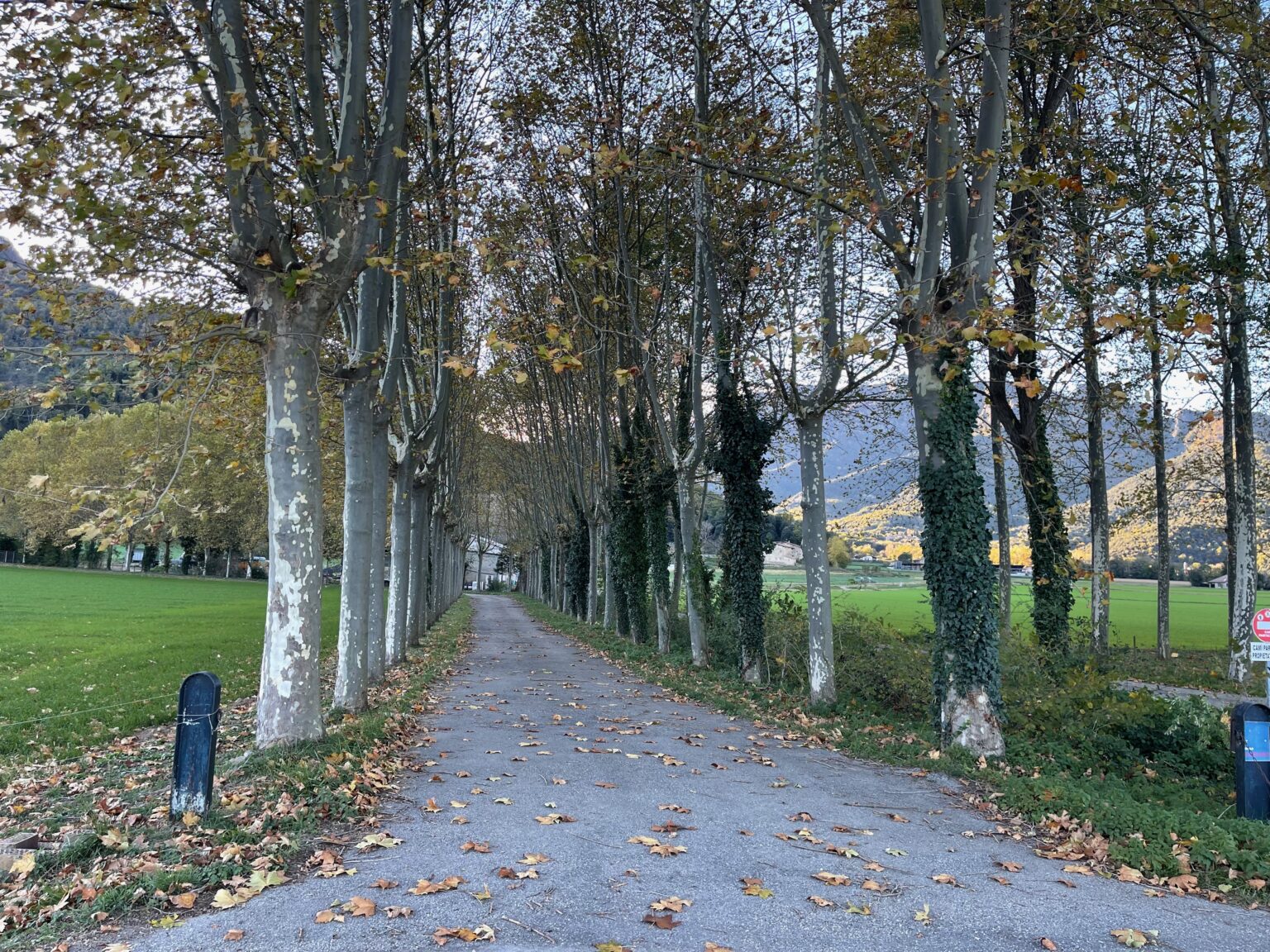 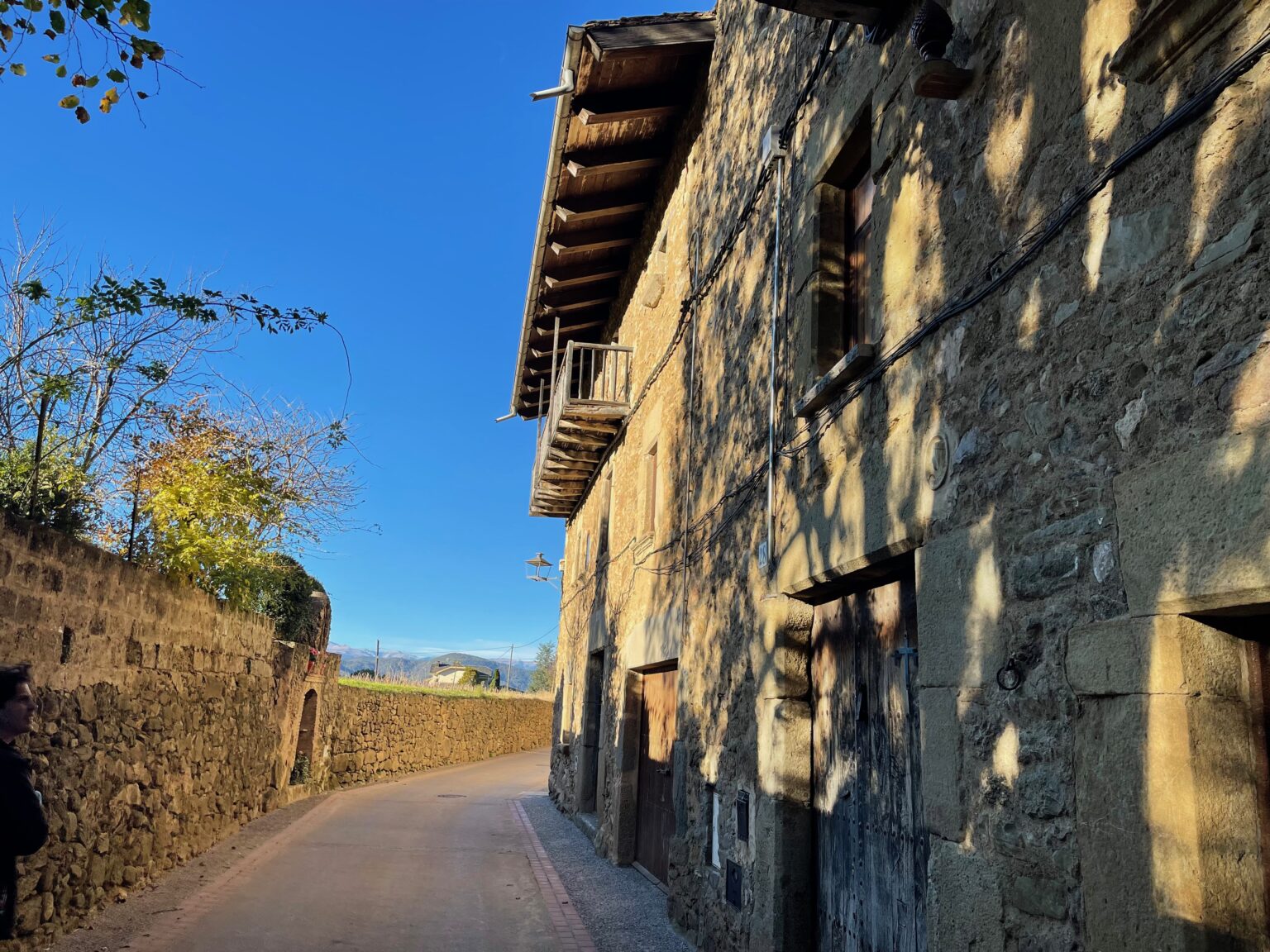 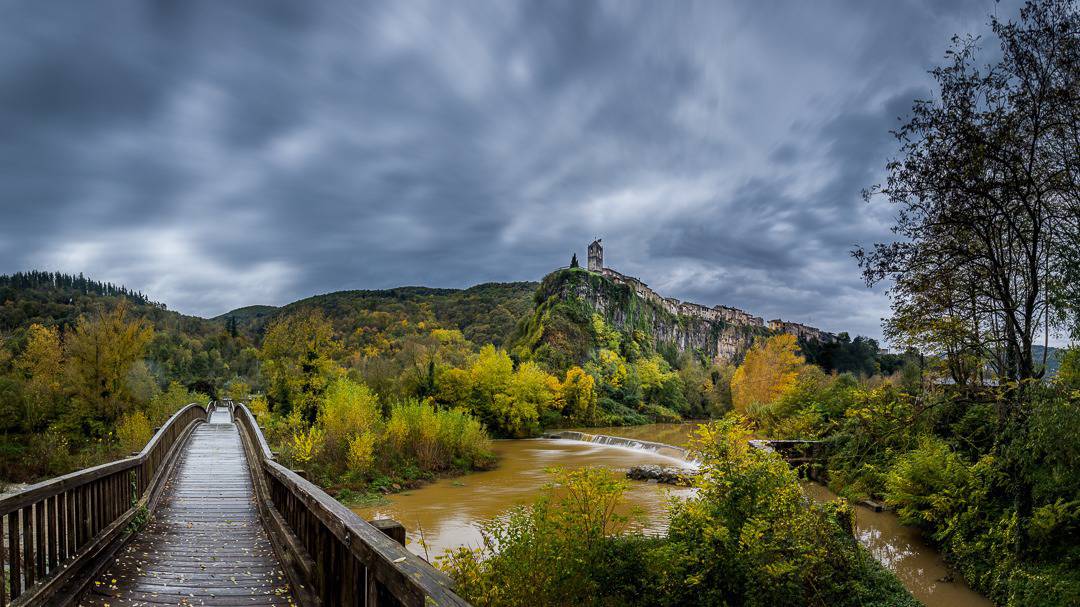 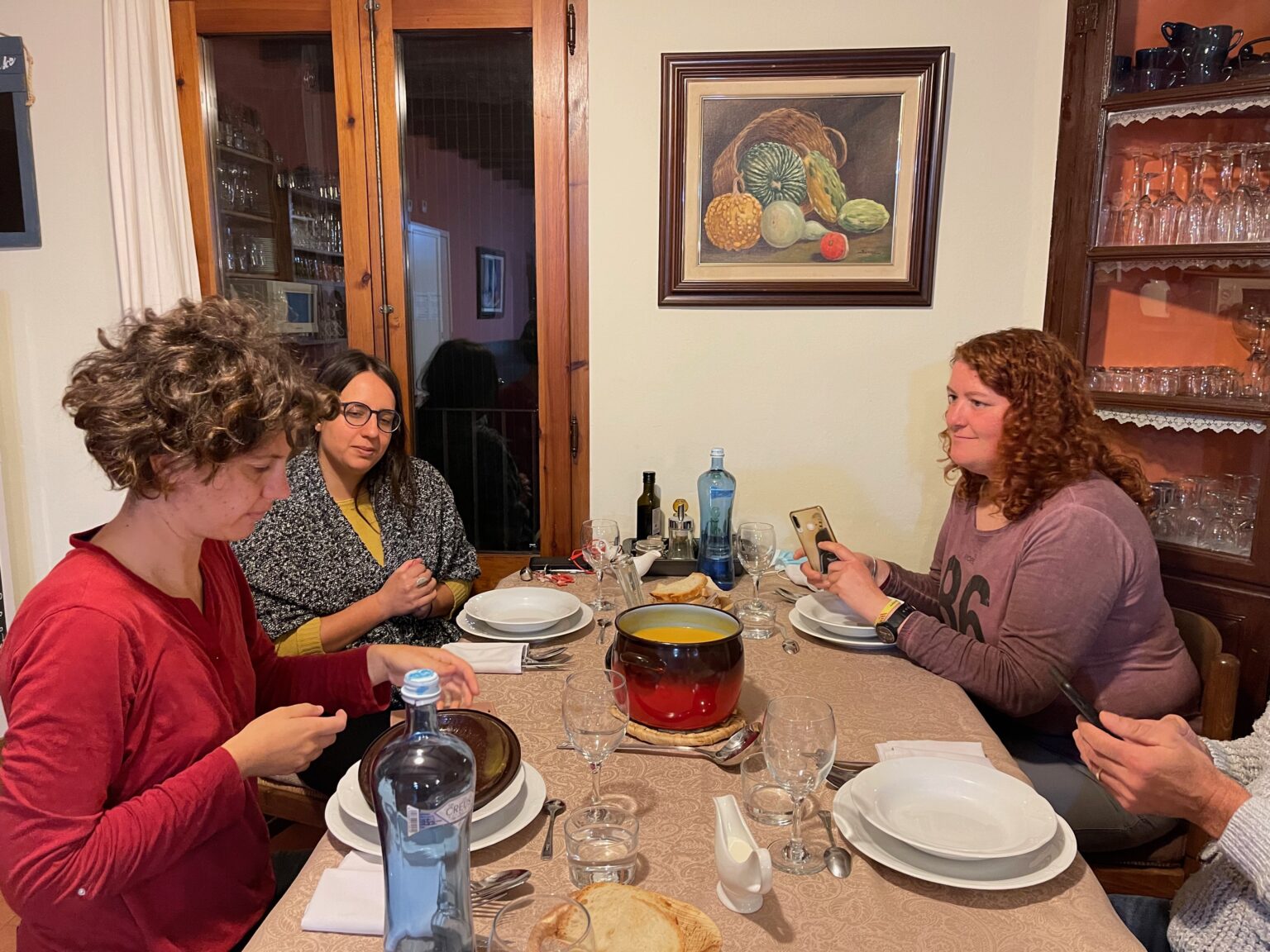 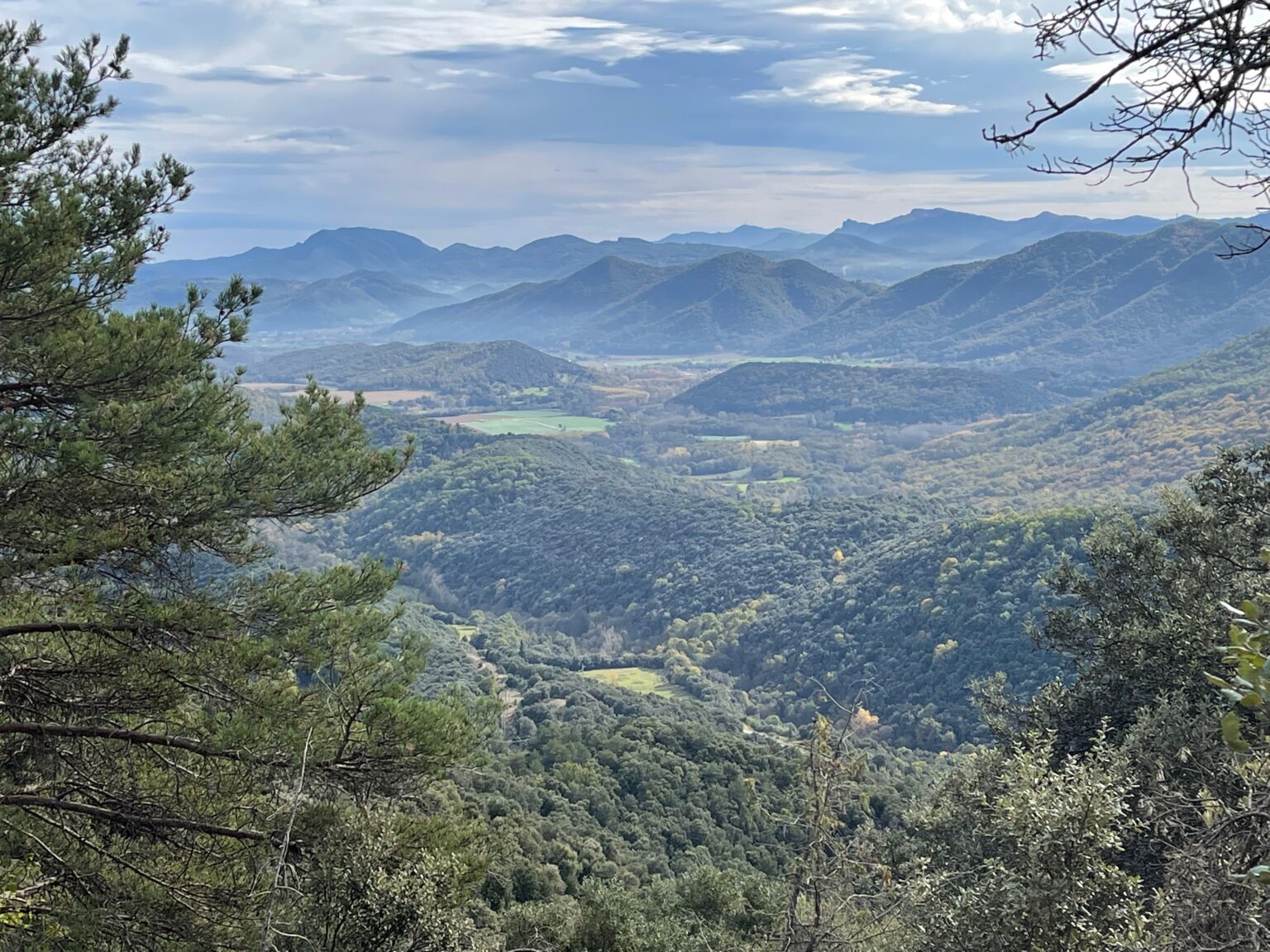 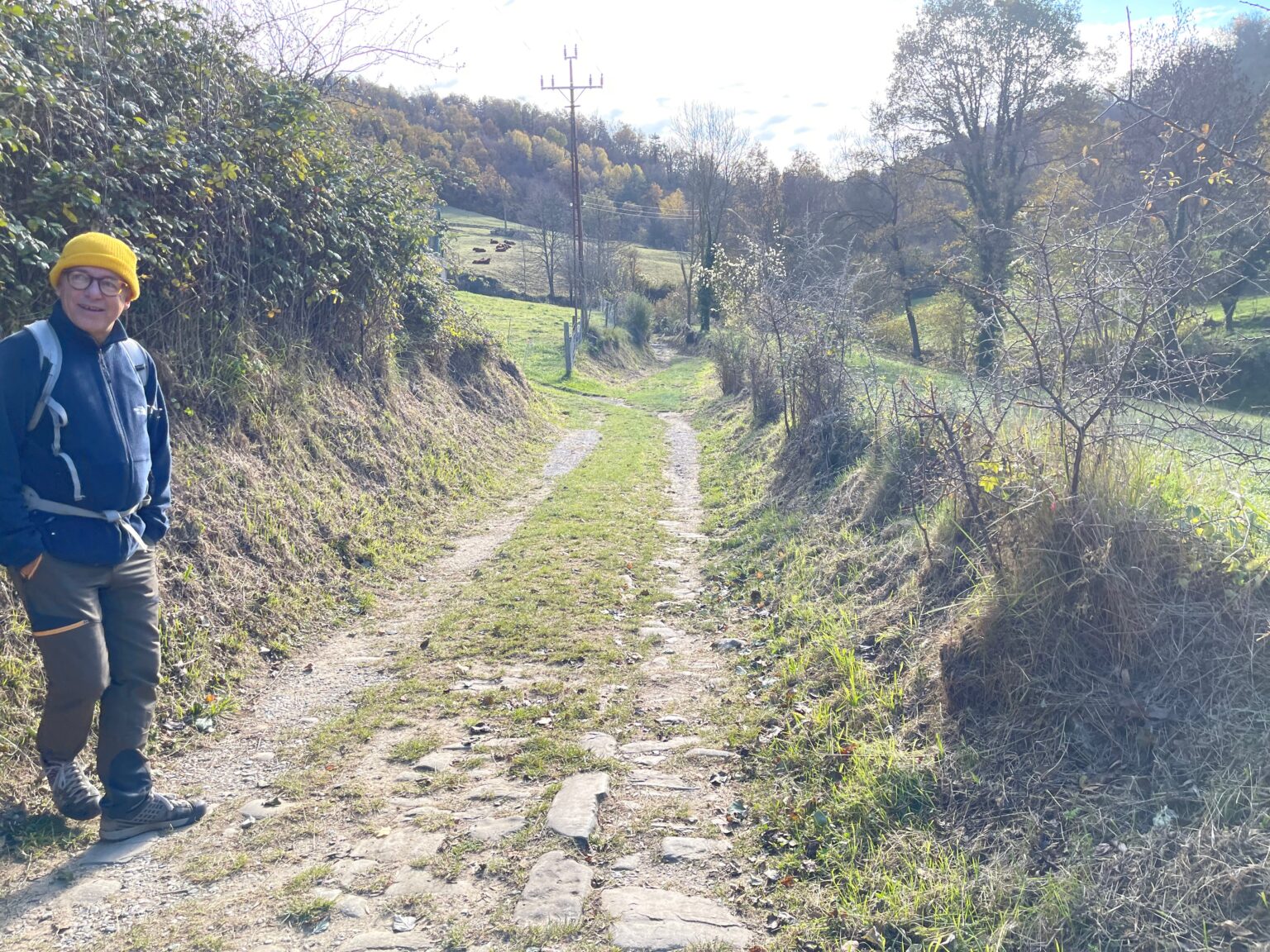 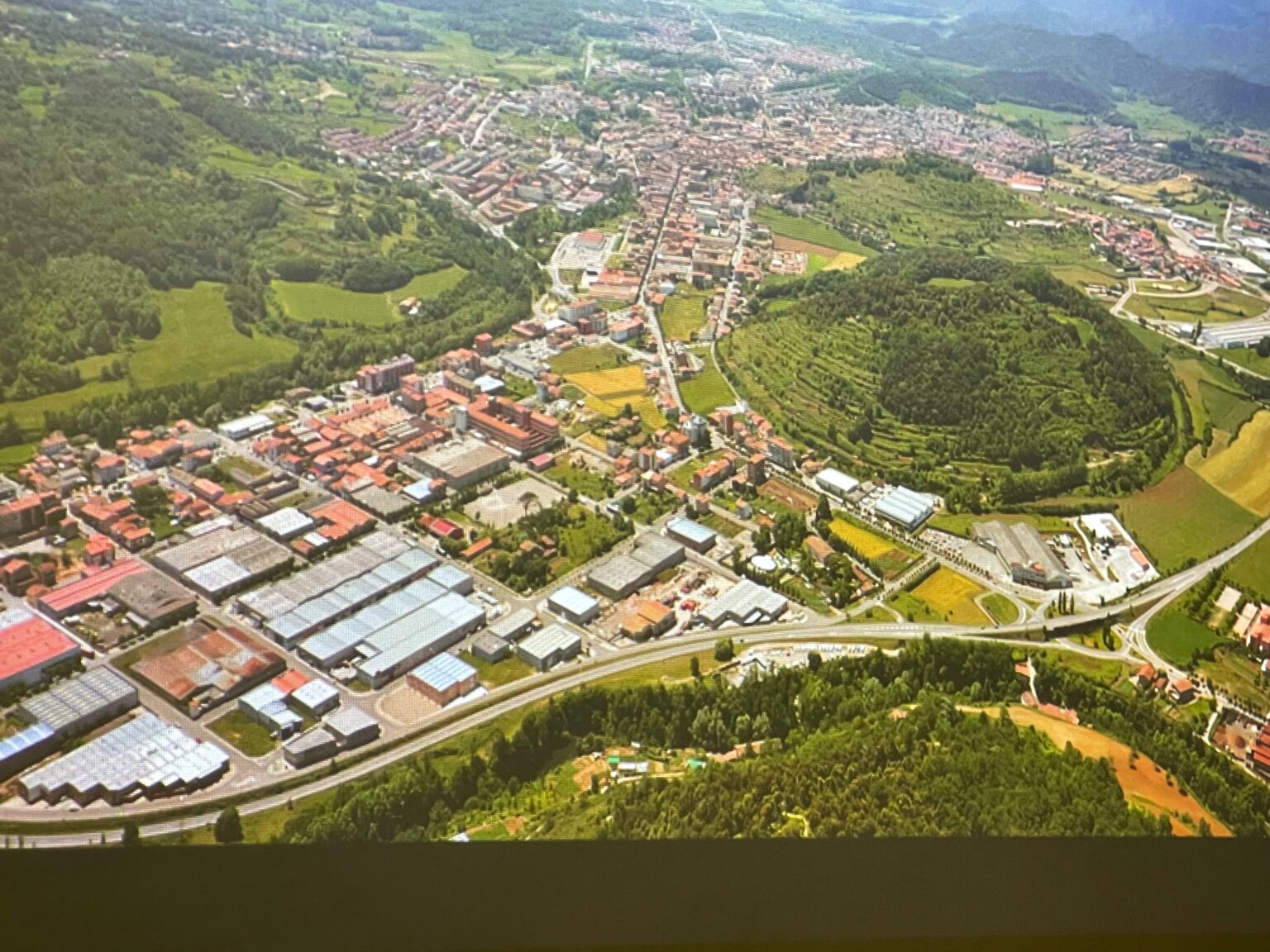 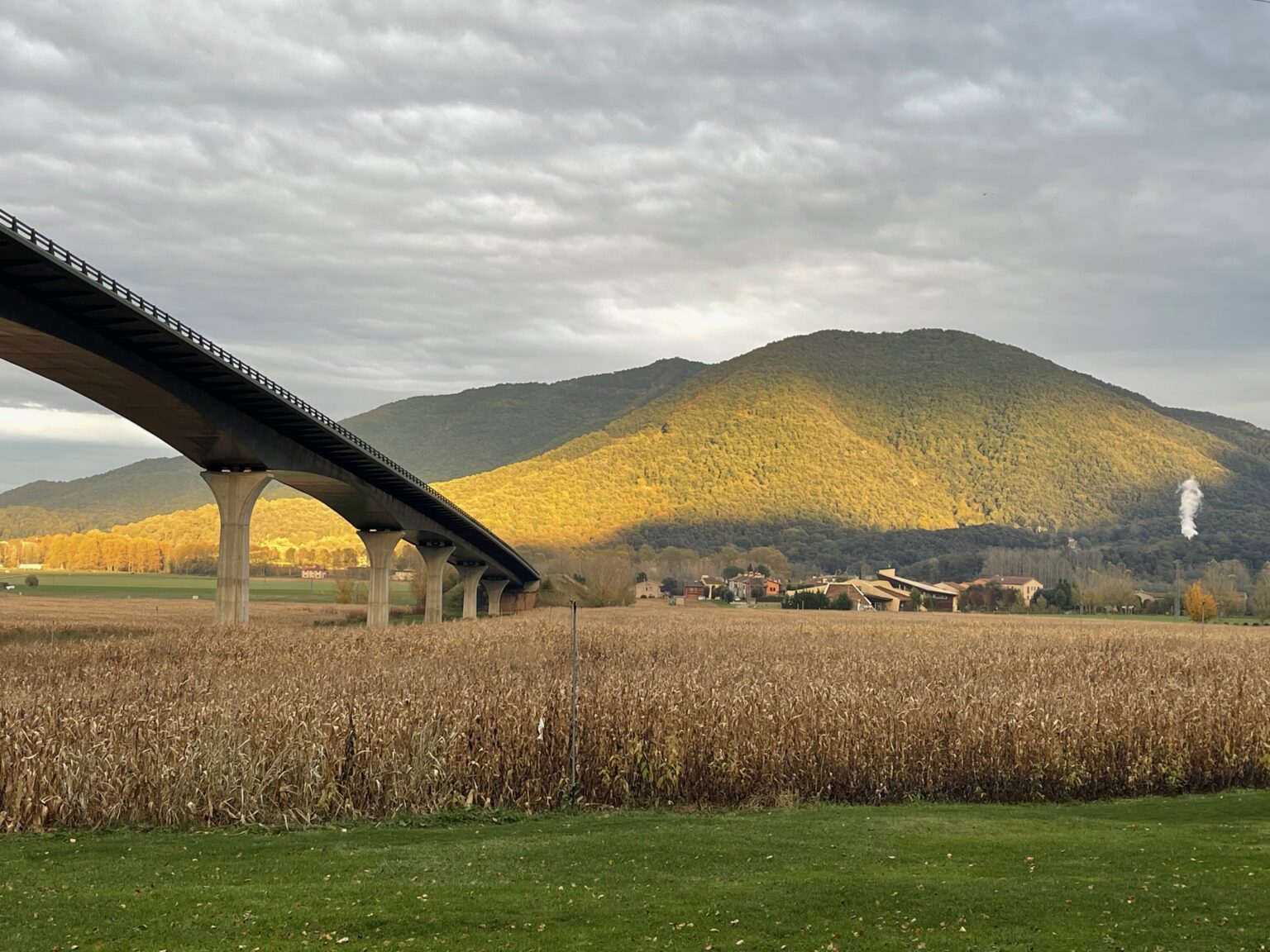 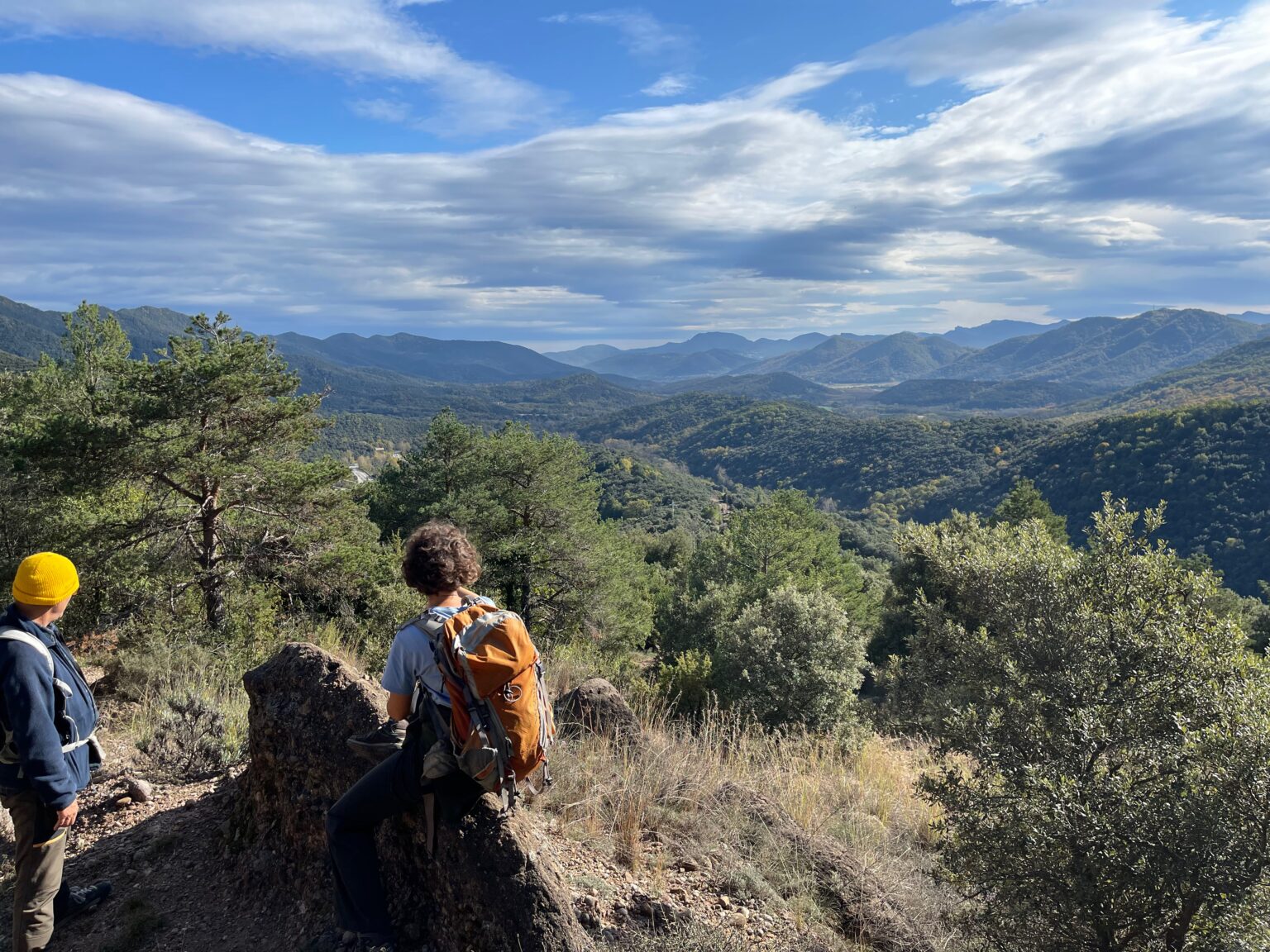 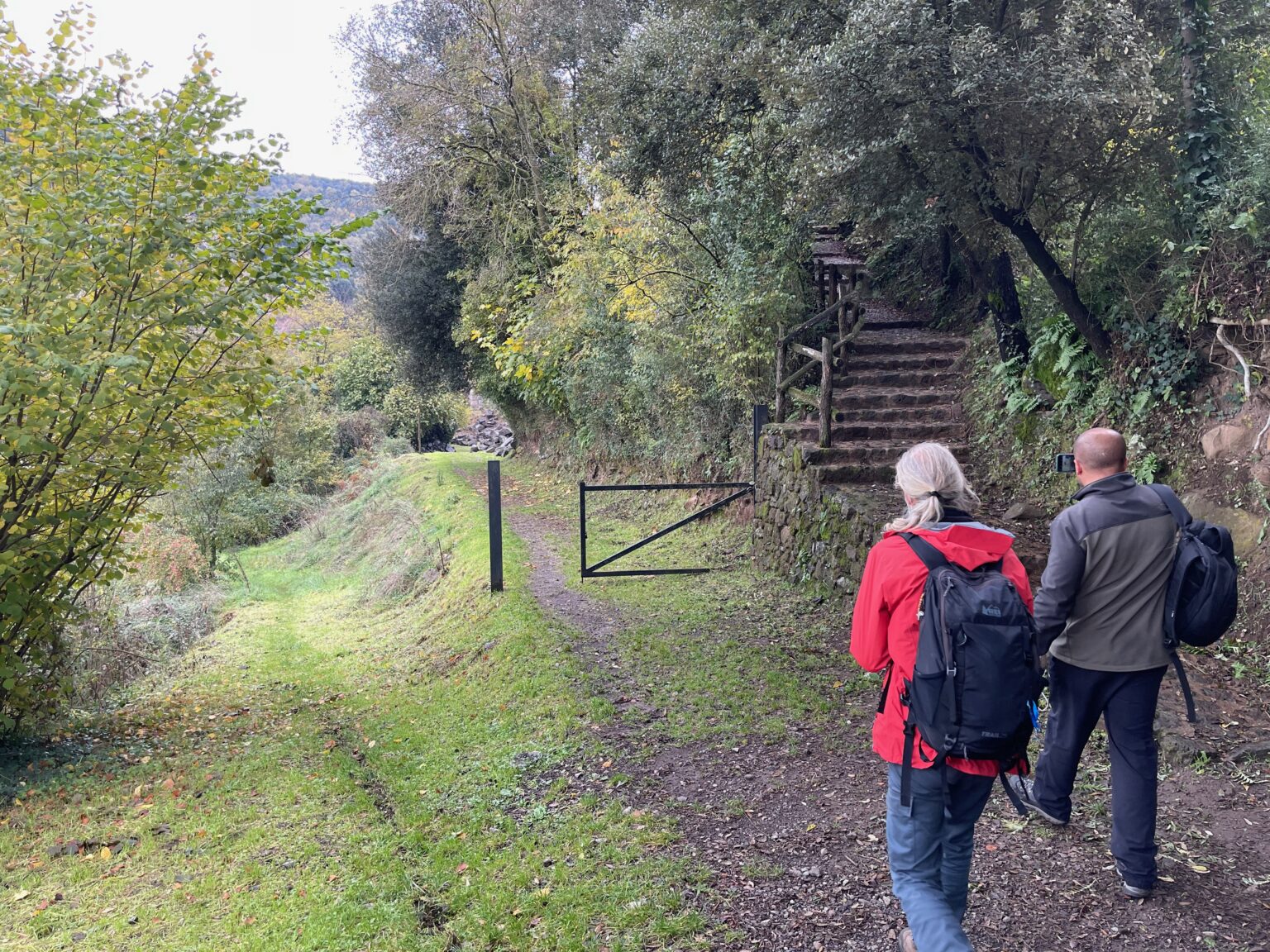 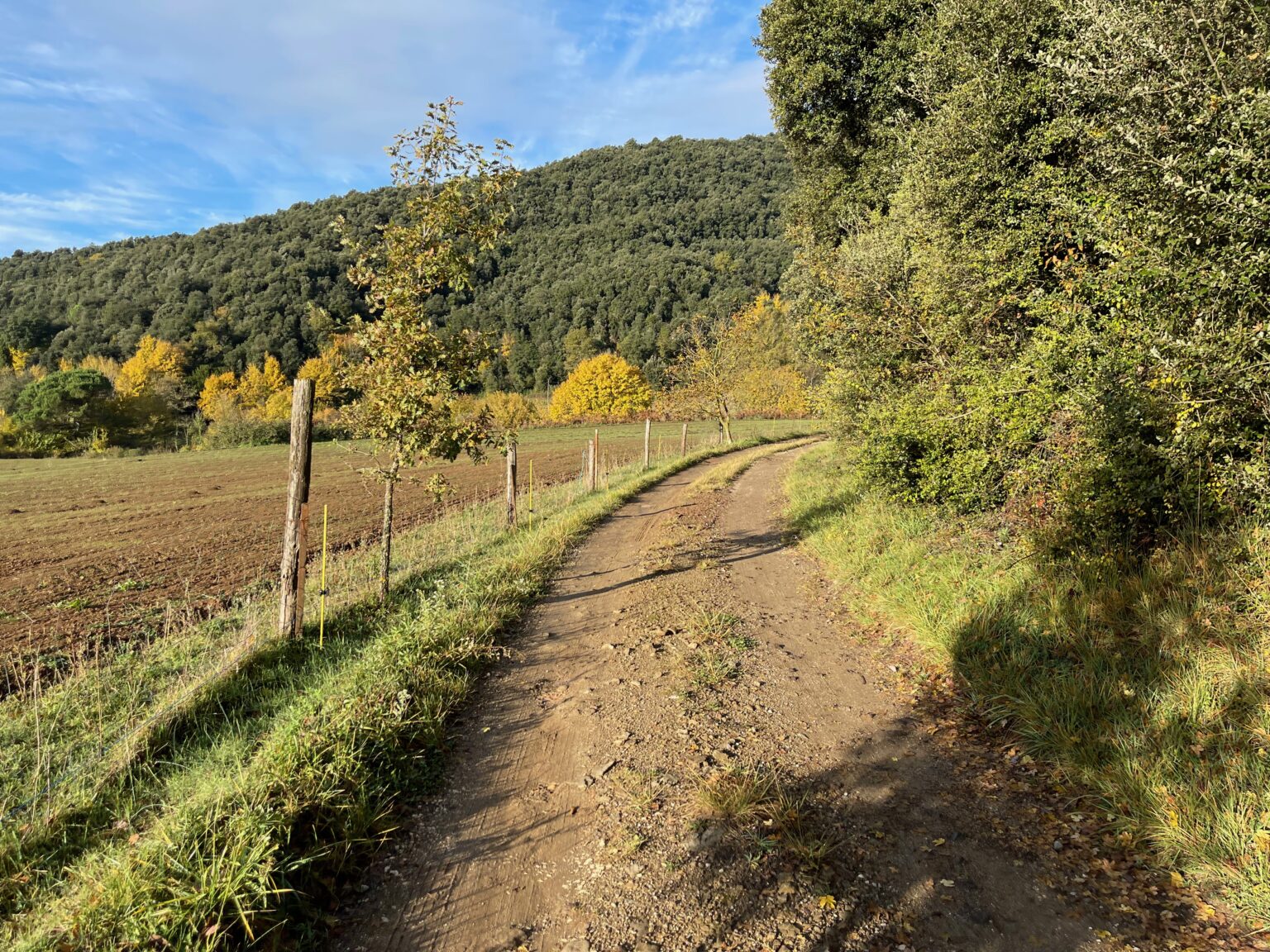 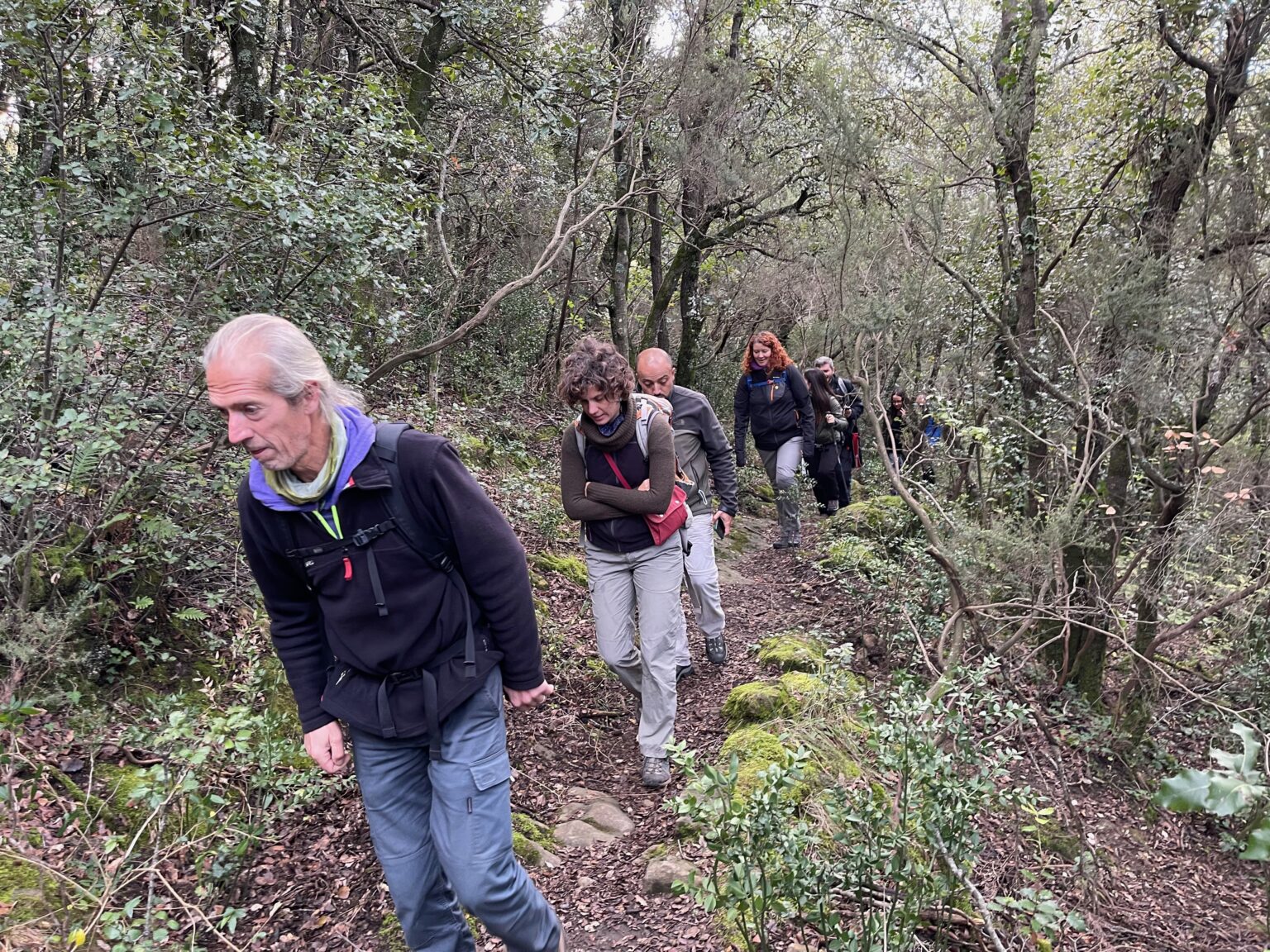 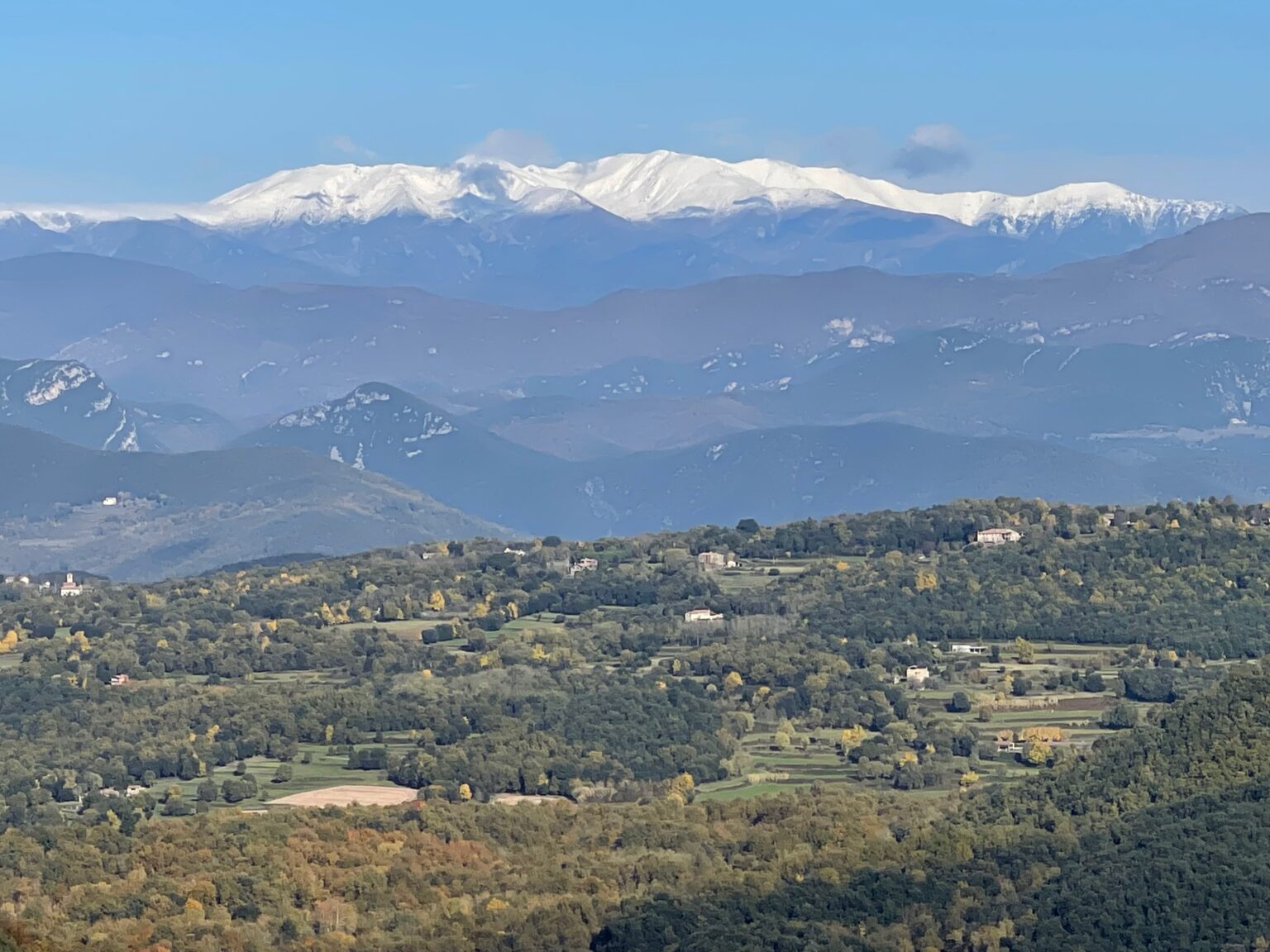