If Food is the Universal language of love, sobremesa is the Romance

The sobremesa is a Spanish tradition that involves spending time relaxing after a meal to drink coffee or digestive liquor or to just continue hanging out chatting at the table after eating.

The ritual is a consequence of the heavy Spanish lunch, often made up of a first course, second course, and dessert.

Sobremesa: A Memoir of Food and Love in Thirteen Coursestakes on this beloved Spanish tradition that’s also big in Argentina, as told by chef author Josephine Caminos Oría.

Gather around the table with C-level career woman turned foodpreneur, Josephine Caminos Oría, as she cooks up a magical tale, told morsel by morsel, of some of her most memorable tableside chats—sobremesas—that provided the first-generation Argentine-American the courage to leave the safe life she knew and start over from scratch. 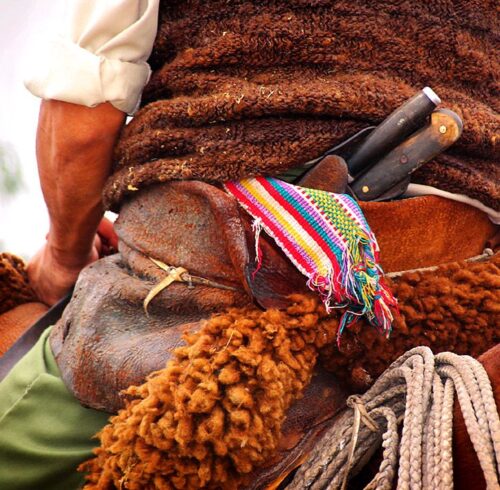 In her coming-of-age adventure, Josephine travels to her family’s homeland of Argentina in search of belonging—to family, to country, to a lover, and ultimately, to oneself.

Steeped in the lure of Latin culture, she pieces together her mom and abuela’s pasts, along with the nourishing dishes—delectably and spiritually—that formed their kitchen arsenal.

But Josephine’s travels from las pampas to the prairie aren’t easy or conventional.

She grapples with mystical encounters with the spirit world that lead her to discover a part of herself that, like sobremesa, had been lost in translation.

Just as she’s ready to give up on love altogether, Josephine’s own heart surprises her by surrendering to a forbidden, transcontinental tryst with the Argentine man of her dreams.

To stay together, she must make a difficult choice: return to the safe life she knows in the States, or follow her heart and craft a completely different kind of future for herself—one she never saw coming.

This otherworldly, multigenerational story of a daughter’s love and familial culinary legacy serves up, in 13 courses, the timeless traditions that help Josephine navigate transformational love and loss. It’s a reminder that that home really is anywhere the heart is.

Sobremesa invites you to linger at the table, reveal your own hidden truths, and savor the healing embrace of time-honored food and the wisdom it espouses.

Born in the Province of Buenos Aires, Argentina, Josephine Caminos Oría was raised Stateside from infancy on in Pittsburgh, Pennsylvania. Gathering around a table large enough to sit her family of eight, plus two for her abuelos on her mom’s side, food, and the sobremesa that accompanied it, was how Josephine learned to make sense of the world. 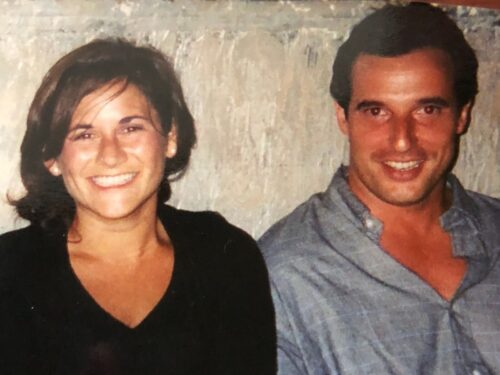 Stories of where she came from, and the people she’d left behind, were served to Josephine during family sobremesas she savored like meals.

Those tales nourished Josephine’s imagination and sense of self, setting the table for Josephine’s second act—a family and professional life focused around Argentine food and culture.

It was in her early 40s, with five young children in tow, that Josephine took a chance on herself, leaving a C-level career to make dulce de leche.

Today, Josephine, along with her Argentine husband, Gastón, is the founder of La Dorita Cooks, an all-natural line of dulce de leche products and Pittsburgh’s first resource-based kitchen incubator for start-up and early-stage food makers (see www.ladorita.net for more information).

Excerpt from the book, Sobremesa, by Josephine Caminos Oría

“Knowing where each one of us stood, we got back on the road. As we drove kilometer by kilometer into las pampas’ sleepy open skies, the road leading to our estancia seemed to go on forever, as if it got swept up into the horizon.

Other than trucks carrying livestock or the occasional car or pick-up that passed by, the route was a lonely place. I spotted a couple of gauchos silhouetted against the bleak expanse of the endless pampas. The lone riders were at one with the horses they sat upon.

Mom always said that gauchos clad in their bombachas, or loose-fitting p

ants, carried their prized possessions with them at all times: a yerba mate gourd, saddle, poncho, boleadores or bolas, three balls of hide-covered wood, stone or other hard material and lasso.

The facoìn—the gaucho’s always-sharp knife kept in the back of his faja, the woolen sash worn around the waist—was his most prized possession after his horse. The knife was used throughout the day for anything that might come their way—be it to help a novillo or calf who had gotten tripped up in barbwire fencing, or for skinning, self-defense or an impromptu asado.

I squinted at them in the distance: infinite freedom, infinite loneliness. What, I wondered, would I carry around if I did as the gauchos did, toting my prized possessions with me at all times?

Winds of change were blowing wide and free through the vast swathes of long, succulent grasses and endless flatlands surrounding us. In the truck, the 1980s song “Life in a Northern Town” by Dream Academy played on the radio.

I’d always thought it hauntingly beautiful and, lost in my own thoughts, found myself humming along. I was a Northern girl, but in that moment, I felt Pittsburgh and the possibilities of what my life there could have been fading away into the dark rim of the horizon. The problem, I realized, wasn’t necessarily my breakup with Tripp.

It was the suddenness of it all: the trajectory of my life disappeared suddenly before a new one rushed in to replace it. There, in the middle of las pampas, was nothing but space. The vast, empty grasslands were the perfect place to wipe the slate clean as I began my next chapter.

Gastón looked over at me. “You like this song?”

“It’s one of my favorites. I haven’t heard it in years. It reminds me of high school. I’d fall asleep listening to it on my Walkman on the 6:30 evening bus home. It was dark by then, sometimes even snowing. It always made me kind of sad. But in a good way.” “Me too.” Gastón snuck a glance at me. “Maybe our worlds aren’t that far apart after all.”

La Santa Elena was a distance off the bumpy, gaucho-beaten track. Other than the stench from the hog farm bordering the kilometers-long, winding dirt road that led to the ranch, you’d never know you had finally arrived at the turn-off.

Tucked away at the end of a canopied, century-old, eucalyptus-lined avenue, only those who knew to look for the estancia could find it. Once you did, it felt as if you were taking a step back in time as you

It was built around the main courtyard with a panoramic gallery running the length of the home that opened onto the ranch’s vast pastures studded with Hereford and Braford cattle and the gauchos who worked the herds and land.

No matter the time of our arrival, the gauchos always awaited, forming a receiving line on horseback to welcome us. Up close, as Mom greeted each one by name, I could make out the landscape etched into each line of their hands and faces.”

Buy this book on Amazon Sobremesa: A Memoir of Food and Love in Thirteen Courses