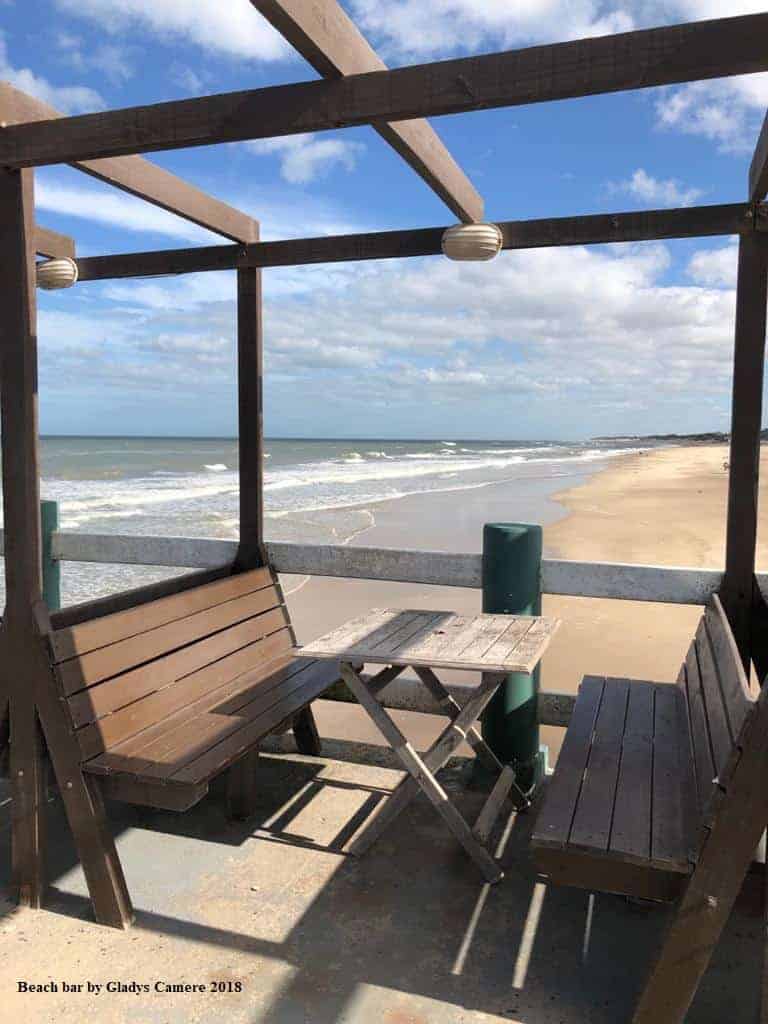 The Chic Dunes of Pinamar, Argentina

“How about driving down to Pinamar for the weekend?” I suggested to two friends of mine after watching 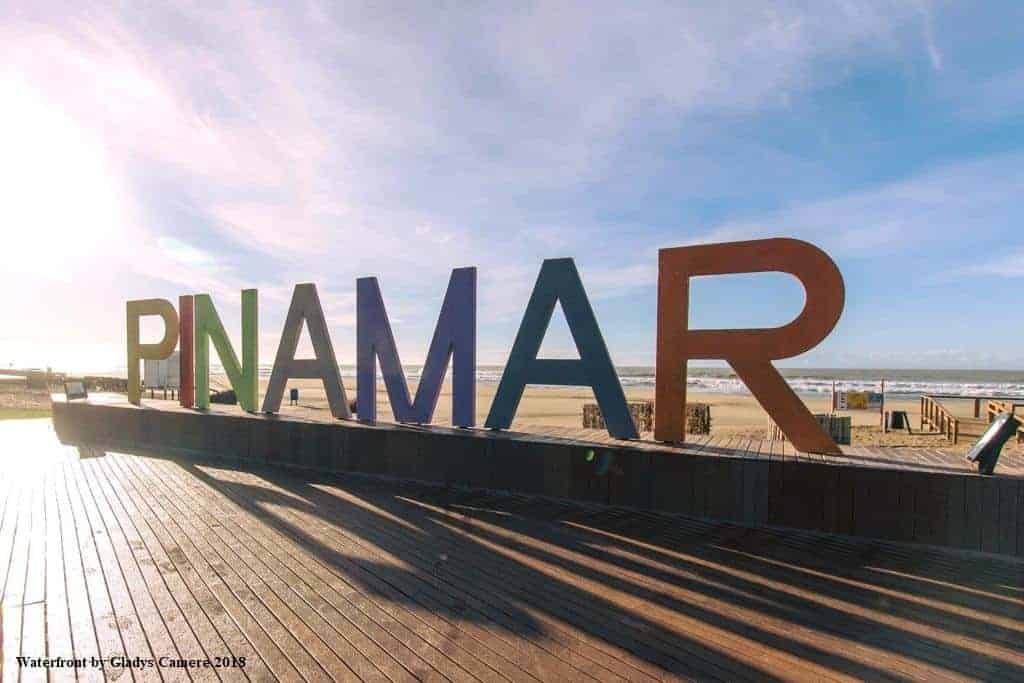 images of its dunes captured from a helicopter in a TV documentary during my last visit to Argentina.

For many summer holidaymakers from Buenos Aires, heading south doesn’t mean getting away to Patagonia.

In reality, the southern coastline of Buenos Aires is home to Argentina’s string of summer resort towns overlooking the Atlantic Ocean.

Easy to Get To

Despite these coastal towns lie about 240 miles from EZE international airport and are easily accessed by car, flatbed coach, train, and one of them even by plane, the presence of foreign tourists in that part of Buenos Aires isn’t a frequent sighting.

Beach lovers like me are spoilt for choice: the family-oriented sector, the clothes-optional area, and the solitary swathes of sand for sunset meditation practice.

Jet-skiers and windsurfers get their fair share of the fun as well.

Gastronomy in Pinamar offers an ample range of options, catering for all sorts of palates through traditional cuisine and international delights alike. Evening entertainment won’t disappoint any holidaymaker either; the theatre for the cultured, the pubs and bars for the sociable, and the discos for those eager to show off their moves until the wee hours.

But then there is Pinamar, the summer resort town that provides all that and yet shines under a distinct—more opulent—sun. 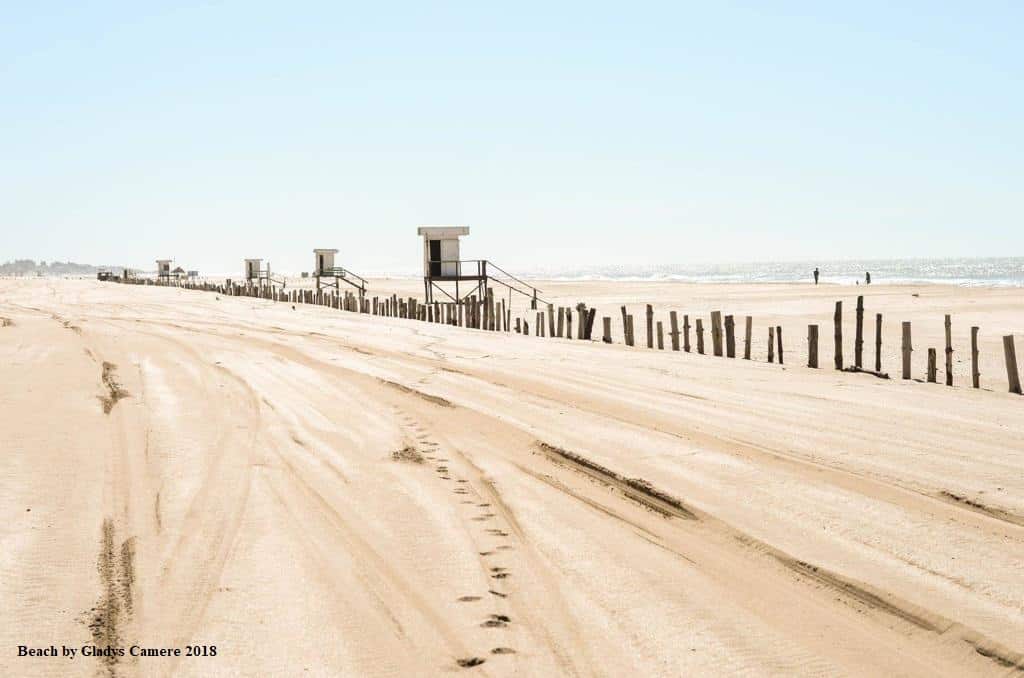 We jumped in the car and off we went. Peering out of the car’s rear window at the ever-changing coastline, I could see why Pinamar had come through recurrent economic crises and seasonal storms unscathed.

Unlike any other towns’ roadside welcome sign with green letters on a metal square, Pinamar’s was painted in golden color and sat proudly on a lacquered pole fronting a line of pine trees on the right-hand side of the street.

As we drove on, an array of upscale homes came into view; vast manicured grounds and maquette-like front gardens showed off the same hue of fresh green as if cloaked with the same carpet. 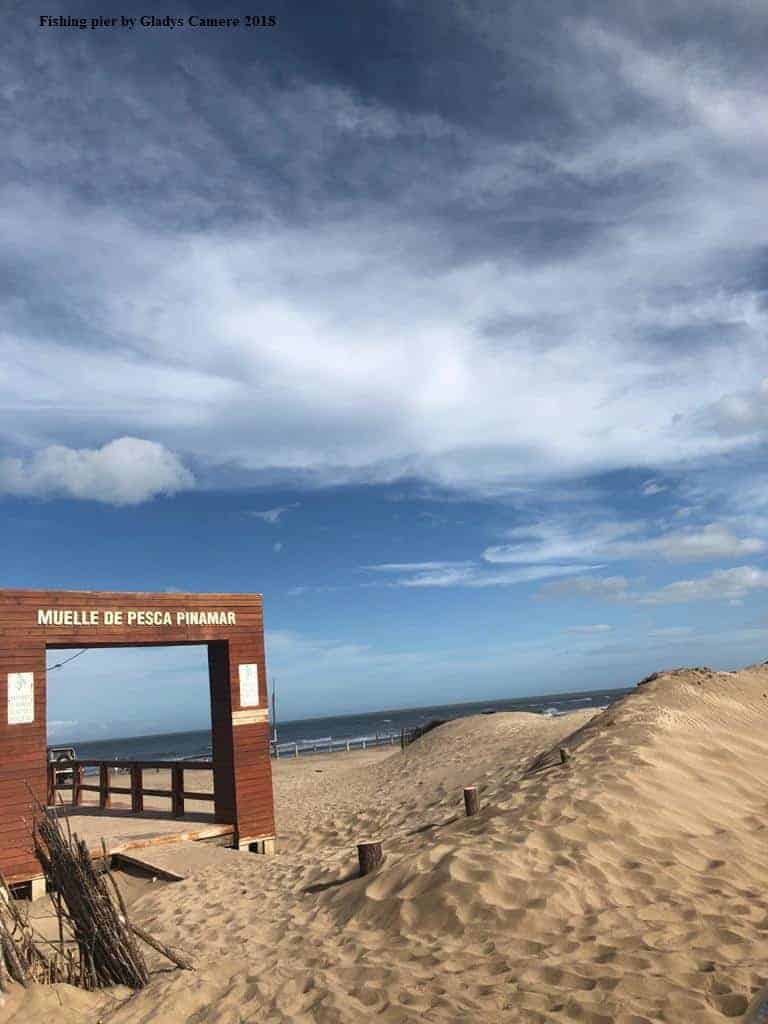 Anyone would think the neighbors were trying to outshine each other in a landscaping competition. Their backyards were unfenced and stretched out in solitude, ending on a gentle slope down to the beach.

But, in fact, it is the lure of the dunes, helped by the mild weather in this part of Argentina all year round, that has holidaymakers, adventurers, and weekend visitors coming back for more fun several times throughout the year.

Inspired by the aerial views in the documentary, I had packed my drone in my suitcase with the intention of catching images of the dunes to the rhythm of 4X4 vehicles crisscrossing the terrain and sand boarders sliding down from the top of the dunes.

I barely had time to notice the ubiquitous green of my friend’s garden before unpacking and dashing out into the back yard with the drone in hand.

The drone lifted off the grass under a clear sky, and I directed it northward towards the dunes.

To the untrained eye, a picture of the dunes taken from a low angle could trick anyone into believing the shot came from somewhere in the Sahara desert.

Seen from a certain distance several feet above the ground, the dunes are located in an area known as “The Frontier” and reveal themselves as a miniature fraction of the surface of the Sahara.

Still, nothing beats the adrenaline of speeding down from an elevation of 229 feet with the sun coming down hard on the Pinamar sand.

No High Rises on the Beach

Then as I steered the drone westward, the image coming up on my phone screen was the eucalyptus forests cut through by a highway, and further inland the odd apartment building. While other seaside communities have seen tall towers spring up like mushrooms over the last two decades, Pinamar has restricted the construction of high-rise apartments through a local building code.

House construction plans are expected to adhere to the unwritten rules regulating the sophistication of properties in the area—keeping the price tag in the millions.

Under a caramel sky, I flew the drone back towards the water. By then, the sun was setting, looking tantalizingly close, as if ready to be grabbed from its perch on the horizon.

From above, the first lights dotting the beach in the darkening sky not only afforded the coastline a sparkly dash of evening glam but also pinpointed the location of the most exclusive beach bars and restaurants.

Parking near those venues is an exclusive right. Campers and small family cars make heads turn.

Many families coming from the town next door choose to ‘hide’ their vehicles downtown and walk to the boardwalk, casually blending into the crowd as they begin their stroll along the waterside path, or so I was told by one of Pinamar’s yearlong residents.

Those parking their vehicles downtown are easy to recognize: they walk past menu stands stationed at the entrance of swanky beachfront restaurants and take a quick glance inside. But thick silk curtains keep both worlds apart. 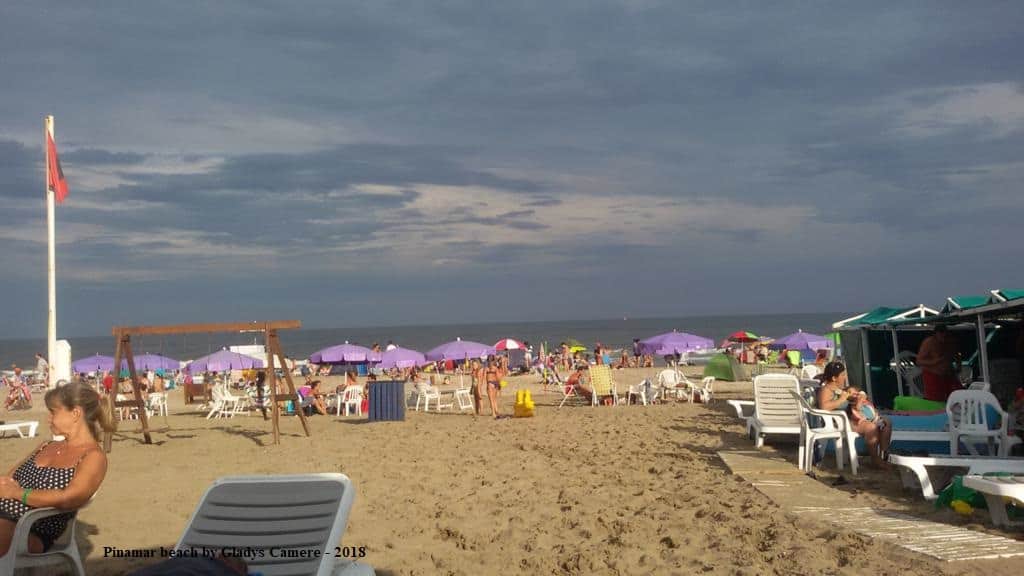 That weekend we enjoyed the benefit of having in our group a friend whose father owned one of those restaurants, so we gained access to staff parking and sat at a table on the terrace to watch the drone recording on my phone while we waited for our lobster and sushi to arrive.

Over a dinner table lit by a fixture akin to a crystal ball glimmering and casting shadows on our faces, catching up with old friends meant speaking in a low voice, virtually down to a murmur at times. It was that kind of place, hushed and a bit formal.

We had a two-meal service; each came on a different menu handed to us on a leather cover. Dinner came and went quite fast, what with anecdotes, life updates, and upcoming projects.

We left the restaurant around midnight and walked across the street to a lounge bar that was quite popular with Pinamar’s smart set. A younger crowd hung around a muscled man in a black suit stationed by the front door. Only those who had an invitation, though, got a smile from him and were allowed in.

One of my friends recognized him; they had sat together in high school.  My friend grinned at the man and gave him a hug. We didn’t have an invitation; and yet, the man pushed the door wide open for us.

By the time we walked back out, an orange sun was beginning to climb up on the horizon. A view of the ocean from the top of the dunes at daybreak would make a nice picture, I thought to myself as we got into our car. But we had been partying all night; I had no energy for any outdoor activity.

After all, Pinamar is a destination that can be enjoyed from different angles any time of year. So I will definitely be back and spend more time at the dunes next time I visit Argentina. 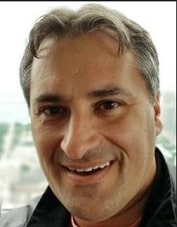 Mauro Hernandez is an Argentinian-born, Vancouver-based travel writer and fiction author. He visits Argentina several times a year and has been to Pinamar on numerous occasions. In addition, he holds a graduate diploma in creative writing from the University of York (United Kingdom) and an M.A in travel & nature writing from Bath Spa University (United Kingdom).