Moving to Béziers, France during the Pandemic

My girlfriend and I were living in Zaragoza, Spain, planning to relocate to southwest France, when the pandemic hit.

Like a lot of people, we were suddenly trapped and all our future plans put on hold. To make matters worse, Brexit was on the horizon.

As British citizens, this would make obtaining residency elsewhere nigh on impossible after December 31st.

These paralyzing pincers held us in place but as the end of the year approached and the deadline came into view, we found ourselves feeling increasingly tempted to throw caution to the wind. Unfortunately, this didn’t allow for much in the way of planning.

We didn’t have the most demanding apartment criteria- just that it was immediately available and had reliable internet. Unfortunately, most real estate offices were obviously closed and it was proving difficult to contact anyone. Eventually, we found somewhere in Béziers.

We’d never heard of the city, let alone been there but a quick search revealed a rich history of defiance, which seemed appropriate; their most famous son is Jean Moulin, leader of the French resistance.

The next problem would be organizing the necessary paperwork to set ourselves up as self-employed and begin the frustrating process of obtaining residency.

Dealing with French bureaucracy is like negotiating an endless maze. Blindfolded.

While chained to a grand piano– a cruel final test of how serious you are about emigrating. However, eventually, things started to fall into place and we booked our Covid tests.

Then, at the last minute, the moving company canceled on us.

No other services were available at such short notice and so we put out an SOS on Facebook.

We were soon climbing into the back of a stranger’s van adorned with a sticker declaring that “Jesus is Lord.”

We put our fears of abduction to one side and set off to go live in an apartment we’d never seen, in a city we’d never visited.

We arrived (safely) in the early evening and were surprised at how empty the streets were.

It was explained that a new 6 pm curfew had come into effect- another factor we´d overlooked in our haste.

Once inside, the landlady pointed at the boiler and said that it is “a bit emotional at the moment”.

In reality, it’s a gargling, neglected mass of rusty pipes. It looks like a nine-year-old´s science project and behaves like a toddler.

When it cries out in the middle of the night a heated discussion ensues about whose turn it is to deal with it.

One of us then begins the process of re-pressurization, releasing its valves while gently cooing words of encouragement.

Béziers is one of the oldest cities in Europe. It became a Roman colony back in 36 BC and was an important station on the trade route to southern Spain, but in the thirteenth century, it suffered a horrific massacre.

It had become a stronghold of Catharism, a Christian faction condemned as heretical by the Catholic Church and in 1209, Béziers Catholics were given an ultimatum: either hand over the heretics or suffer the same fate as them.

Many refused and the entire population was massacred, some 20,000 people. A plaque is next to the Cathedral records ´the day of butchery.’

However, Béziers rose again and the grand Cathedral of Saint Nazaire was gradually rebuilt.

Resting high up on a rocky precipice it nobly overlooks the city, offering sublime views of the surrounding vineyards and the Canal du midi.

Constructed under Louis XIV and considered one of the great construction works of the 17th Century, the canal became a UNESCO World Heritage Site in 1996.

The jewel in the crown of this engineering feat is the Fonserannes locks on the outskirts of Beziers, a staircase of seven gated basins.

No Social Life in France

As potentially idyllic as Béziers seemed, our induction to French living wasn’t quite as smooth as we would have liked.

Given the total absence of social life, a mountain of indecipherable paperwork, and the ever-present language barrier–I once accidentally paid 40$ for a chicken– our leap of faith was starting to feel more like a stumble of ineptitude.

And then, on a walk in the nearby countryside one day, I saw some men looking at a pig, like it was the second coming.

One of them held up what looked like a piece of coal and winked.

This was our introduction to the mysterious world of truffles.

They explained how their families had searched for them for generations and that it was not just a gastronomic delicacy, but a connection to their past; an essential part of their cultural heritage.

“We are the truffles and they are us”, said local aficionado, Nicolas.

Their passion was as intoxicating as their quarry and we were soon hooked.

These underground fungi require a strict set of conditions to grow and cannot be cultivated on a large scale.

Their smell is unique, their taste unlike anything else, and they are believed by some to be an aphrodisiac.

This, combined with their rarity, is why they command such ridiculous prices- around $1500 per pound with the record being $330,000 for a 1.3kg specimen.

Hoping to find out more, we drove to the village of Lalbenque in the beautiful Occitanie region. Here we joined local truffle growers Jean-Paul Bataille and Alain Ambialet (and their trusty canine sidekick Elethyst) on a hunt.

In the past pigs were commonly used, but they are slow, cumbersome and have a nasty habit of eating whatever they find.

A pre-trained dog from good stock can cost a small fortune.  Elethyst´s offspring were trained from birth by putting truffle oil on their mother’s teat.

Days after one of them was sold, it found more than a kilo. I asked his wife Nadine if they had any regrets.

She pointed at her husband, barely containing her laughter, and said, “he, yes!” Off the leash, Elethyst headed straight for the earth surrounding the oak tree, her nose hugging the ground.

After a thorough investigation, she signaled to Jean-Paul and he carefully unearthed a little truffle.

Elethyst was promptly rewarded with a treat and we moved on to the next spot. Our only experience of truffles prior to our move had been in the form of oil. However, as Alain stated firmly, “those products do not contain any truffle!”

Later that day, we headed to the famous Lalbenque truffle market, the largest in South West France. It’s a ceremonious affair in which farmers line up in the middle of the town’s main street and display their findings in wicker baskets.

Pre-Covid, burgundy-colored ropes separated the traders from the clientele with business only commencing following the blow of a whistle. It’s all over in a flash, with most of the deals having already been made.

I see 520 grams exchanged for 850 euros. Two women from Paris dance in the street when they manage to secure some for themselves.

Inside the Truffle Factory

In the neighboring city of Cahors, we see the other side of truffle production. For over 100 years, Maison Pebeyre has sourced truffles for Michelin-starred restaurants, the finest hotels, and aristocracy around the world. Tray after tray of ´black gold´ line the counters.

Among such abundance, it is hard to believe that the French truffle is actually on the decline but as Pierre Jean- the fourth generation of the family and current head of the business explains, “It’s very special work, but it’s not a good period. My father and grandfather had a better period.

A man or woman (he looks over at his daughter Marie sorting through a mountain of truffles) who’s doing this kind of work now is crazy.”

In a large tank sits what looks like a prop from a science fiction film. “It’s the largest truffle in the world,” remarks Pierre-Jean nonchalantly.

Dating from 1870 and weighing 4.7 kilograms, it’s a reminder of a time when truffles were more abundant.

In the last hundred years, numbers of French Perigord truffles have dwindled from over 800 tonnes to between 10 and 30.

The sea of costly black fungi decorating the countertops around us was actually all sourced in Aragon, Northern Spain.

Given that they only last a few days once taken out of the ground, chefs are increasingly looking elsewhere.

The New World truffle growing areas like Australia, where farming only began in the 90s, are already on their way to overtaking their European counterparts.

Round the corner, the Cahors flea market was in full swing. This is the place to pick up a bargain.

The bizarre and the beautiful vie for buyers´ attention, with scores of local dealers selling their wares.

If you ever need to buy an antique doll, seventeen shovels, and a Hungarian thesaurus, this is the place to go.

We settled for a candlestick holder and continued to the Malbec Lounge for a wine tasting.

Perhaps less famous than some other grapes, Cahors Malbec’s strength lies in its variety.

Different levels of clay, limestone, and chalk here allow for diverse ‘terroirs’ and therefore a multitude of flavors.

The sommelier Solene guided us through five wines, expertly detailing what we might take from each one.

She also explained the rich history of winemaking in the region. Vines were first planted here by the Romans in around 50 BC.

Normally the countless, stunning vineyards are full of tourists, but for obvious reasons, this isn’t currently possible.

Slightly worse for wear we headed to Fontanes where we stayed the night.

The owners of Domaine de L’isle Basse, Christophe, and Bart, moved here from Belgium to escape the rat race a decade ago, converting an old farmhouse and accompanying pigeon tower into beautiful guesthouses.

There are personal touches everywhere, with each of the bedrooms touchingly named after their grandmothers.

Covid might mean that communal dinners are no longer possible but they, like everyone we meet in Occitanie, are determined to persevere and look forward to a time when more people can stay and enjoy Bart´s culinary creations.

Our dinner that evening involved shaved truffles, a fitting end to the day.

Back in Béziers, surrounded by rolling countryside and our bellies full of good wine and delicious food, our plumbing and bureaucratic problems no longer feel like huge obstacles and our little Covid gamble begins to feel like it might have been worth it after all.

For more information about Cahors Malbec. 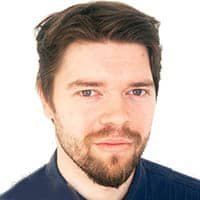 Joey Birch is a freelance journalist and copywriter, currently based in Beziers in the South of France. Born in Manchester, England, he has traveled extensively and worked all over, from Canada to China.