Are you a person who has anywhere from 15 to 120 days to spend on the most exhilarating, unique, and nonstop adventurous time of your life?  If so, then freighter traveling might be perfect for you!

What Is Freighter Travel?

A freighter is probably exactly what you think it is: a cargo ship that travels the world delivering goods and products. Most of the major global freighter lines, CMA-CGM, Canada Maritime, and Freighter World Cruise offer any person seeking adventure the chance to come aboard for a fare.

As a paying passenger, you are accommodated in guest cabins and have access to most areas of the ship.  While freighter travel is not as unaccommodating as one may think, it is generally for people who would prefer a laid-back setting, with a more rugged edge to it than your standard Carnival cruise.

Some amenities you’ll see on a large cruise ship won’t be available on a smaller freighter ship.

Think it’s strange to be aboard a freighter? Well, think again! Captains and crew spend a lot of time on the water and are generally happy to have fresh and enthusiastic faces onboard. Many people who have traveled by freighter reported very friendly and accommodating crew.

Andrew Horsman traveled from Singapore to Brisbane, Australia on an awesome nine-day journey in 2006 to fulfill a dream of traveling from England to Australia without flying. He and his girlfriend Danielle were the only passengers among 22 crew and officers. GoNOMAD interviewed him about a trip he recounted in his freighter travel blog.

Andrew said, “Every one of them wanted to chat with us and hear about our lives, as much as we wanted to hear about theirs.  In the evenings we would play board games with them, or challenge them to darts (which they usually won!).

“The Filipinos love karaoke so they managed to fit in a great night of barbecue followed by a singing session as we neared Brisbane.”

Many other people describe crewmembers as excited to give tours of the ship and often invite passengers to join them for get-to-know each other happy hours during the long hauls at sea.

On Andrew’s blog, he describes his freighter experience as “an amazing world.”

“I met some fantastic people, some of whom I know I’ll keep in touch with for a very long time to come. It’s also allowed me to see people who lead completely different lives to me, people who have comparatively very few material goods but who seem happier than many people who have more.”

Where can you go? Anywhere goods are delivered! The global shipping industry is huge; think of how many ports welcome cargo ships every day. For example, Freighter World Travel offers a 55-day trip from Long Beach, California via two ports in New Zealand, three ports in Australia and other stops in Tahiti, Mexico, Washington, and British Columbia.

This, however, is just one of Freighter World Travel’s routes. All shipping companies have certain freighters covering routes specific to their company. So shop around for a freighter that goes to the right places for you.

Duration of the Voyage

The length of the trip will depend on you. Many tickets can be bought round trip or from your starting port to only one other port; it all depends on where you want to go, which is the beauty of freighter travel! Some trips can be as short as 15 days or as long as 120 days.

The shortest passages are transatlantic and these vary between 8 and 12 days each way, while a freighter voyage can make it around the world in between 80 and 120 days.

Many people do not like to go all the way around the world due to time and money. Segmented trips are possible with a stopover in port for as long as you want. You can resume your voyage or fly home by plane if you have had enough. Segmented trips are perfect for people who do not have a lot of time to spend.

Generally, freighter traveling is for people who enjoy being at sea, not necessarily sightseeing in port.  Freighters do not stay in port very long, usually no more than one or two days.

However, it is possible, if you choose a freighter which returns to a particular port to have your own layover of a week or two and return to the same ship when it again stops in that port.

Many people would think that because freighter travel seems much less glamorous than a cruise ship that the cost will be less; however, this is not always the case.  Because the voyages are usually longer and go to more destinations, the average cost per day is usually around $100. Costs usually run between $65-$125 per day for a single person traveling in a single cabin.

While freighter traveling may be a bit more costly than flying and sometimes even a cruise, consider that your ticket pays for your room, meals, numerous sights and ports, and a once-in-a-lifetime unique experience!

One may think that because they are on a working cargo ship that accommodations would not be that nice, but that is a misconception. Accommodations on freighters are rather nice. Rooms usually have two bunks, a desk, a sofa, and a bathroom with a shower.

Sometimes rooms have a small refrigerator in each cabin, but not necessarily a TV or VCR, and instead of a workout room there are usually no elevators, so many stairs will give you your cardio for the day! Officers’ rooms are also offered but are larger and therefore cost more than standard crew rooms.

Meals on freighters are generally pretty good, and there is plenty of it. There is no choice of menu, except usually the crew will have different meals depending on their nationality, and then passengers are able to opt for whatever the crew is eating.

A stewardess serves meals in the mess hall or passengers have the option to eat with the crew in their mess but serve themselves. On Andrew’s trip, he ate with the officers in their mess hall. He said the food was usually a mixture of Filipino, Polish, and German.

What Is There To Do?

Passengers must keep in mind that they are aboard an active vessel. You will be surrounded by the everyday life of the vessel and crew. Schedules usually revolve around mealtimes, but besides that, the rest of the day is spent as you please.

The crew is usually very accommodating.  Feel free to chat with the captain about sea navigation or schedule a tour with the head mechanic to see the underbelly of the vessel.

Plenty of Time to Read

Freighter travel may seem to have much less going on than a regular cruise ship because there are no planned activities, but there is plenty of time to read, get some sun, and take some time for yourself in the great outdoors! Some ships, like the one Andrew went on, have saunas, table tennis, and seawater pools, not too shabby!

Andrew spent every day standing outside on the bow watching dolphins and flying-fish race them through the waves.  They passed the erupting Paulau Komba Volcano near Flores, saw sharks, sea snakes and turtles passing by.

You may think that just one week at sea may give you cabin fever, but for one who is looking to escape the daily grind of life in suburbia, a freighter may be the perfect place for you! And if it turns out you still have a few weeks left and you’re ready to call it quits, there is always an abundance of booze onboard to turn your frown upside down, and it’s all duty-free!

Packing for your Voyage

When packing, be sure to pack for the weather appropriately. You will be traveling to many different places, so take into consideration your many destinations.  Also, pack with a worst-case scenario in mind; be sure all your luggage is manageable if you have to interrupt your trip somewhere and fly back.

Bring books (also guide books). Most of your time will be spent reading and writing. DVDs/VHS’s are also good, however, make sure your freighter has the appropriate equipment first (they usually do).

Laptops are a great tool while aboard ship.  Sometimes ships do not have internet, but wireless access can usually be found at the port for quick online business.

A medical emergency kit is always good, although the ship will probably have one.

Bring valid prescriptions for any medications you are taking, and try to bring an extra pair of glasses, etc., that you may need in case you cannot replace them.

Universal adaptors are key to traveling outside your country. Bringing along a power strip means you only need one adapter and can use six plugs to recharge your devices.

Freighters usually carry a maximum of 12 passengers. Ships carrying 12 or fewer passengers are not required to have a physician on board. This could be a downside to your travels, so make sure you do your research and do not have any serious medical conditions before you set sail.

One or more of the officers usually have some training in emergency medical treatment, but nothing major like surgery.  Travelers over 65 are generally required to present a medical certificate.

Passengers below five and above 79 are usually not allowed on board as well as pregnant women. And because most ships are sailing under a foreign flag they are not subject to U.S laws requiring accommodation for disabled individuals. Most freighters do not have elevators, just many, many stairs.

Because of the limited number of people allowed on board, trips should be planned several months in advance. Some routes are very popular and will require even more time to book. Freighter traveling is much less informal than your standard cruise. While some freighters depart on the exact date and time, others have a window for departure so you must be flexible.

Most travel agents do not book freighter voyages, so you will have to book through an agent that specializes in freighter cruises or directly through the ship’s agent/manager. Not all agents book the same voyages, so shop around when booking and picking a freighter that is right for you.

The pace is relaxed and the setting is informal. It is all about you, you, you, and time for you.

What’s even better is you are not surrounded by neurotic tourists. You are also meeting exciting and interesting people, many of whom are usually not of your native tongue, so you could possibly pick up a few new words in another language and break some cultural barriers.

Freighter voyages are not for the ordinary traveler; they are for people who want to escape from the norms of planned, routine travel, and step into the world of unpredictable adventure.

In Andrew’s words: “By not flying we got to see a way of life that impacts our own lives so much – to hear about the people who transport all the white goods to our homes, the clothes we wear and the cars we drive, around the world.

It’s an incredibly nomadic existence and not one that we get to hear about very often, unless you put yourself in that position of sharing part of the journey with the crew.”

Find out more about Freighter Cruising 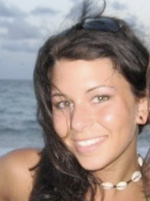 Maggie Freleng is a former editorial assistant at GoNOMAD. She now works at WNYC as a radio producer.