The city of Granada, located in the foothills of the Sierra Nevada Mountains in Spain and close to the Mediterranean Sea, has a 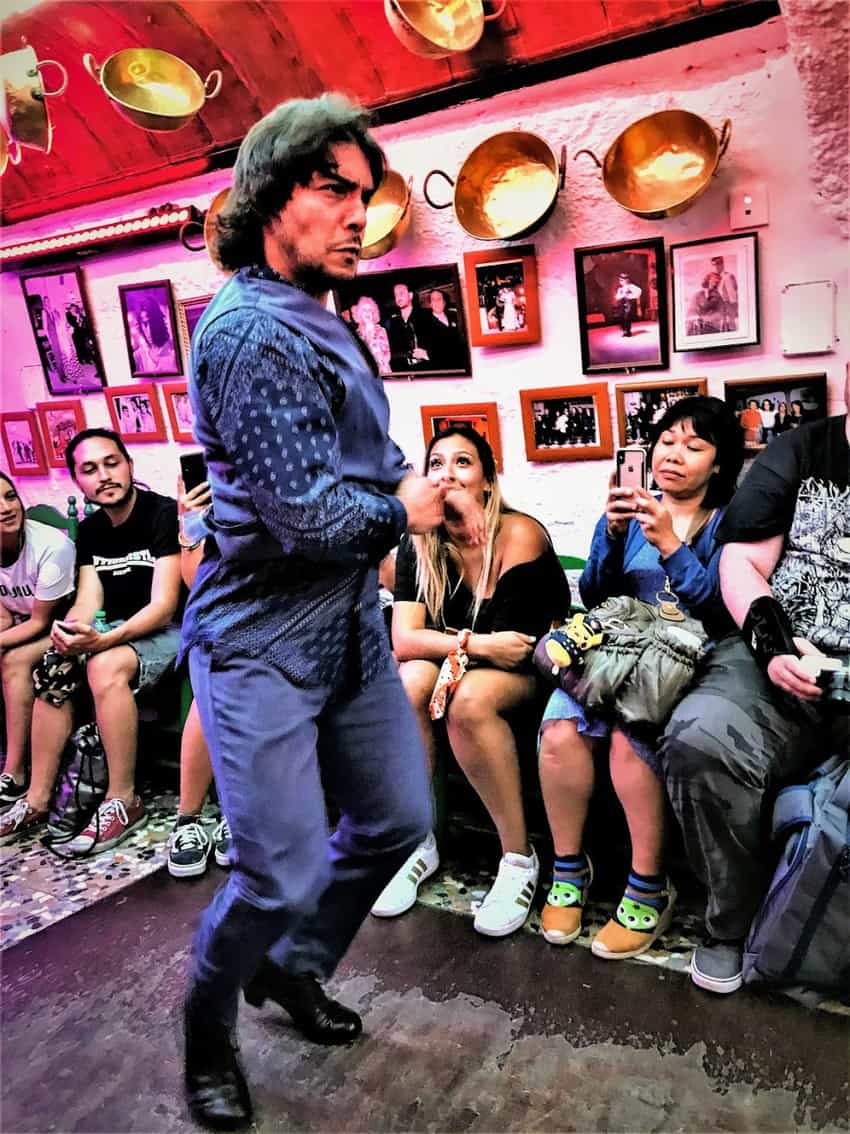 population of under half-a-million. Yet, more than 2.5 million tourists visit the city every year.

And the Alhambra, the imposing fortress-cum-palace built in the 13th and 14th centuries by the Moorish rulers of southern Spain, in this city, is one of the most popular tourist destinations in Spain.

The full name of the Alhambra is ‘Qal’at al-Hamra’ i.e., red fortress, likely referring to the red color of its exterior walls and the clay on the mountain, atop which it sits. Incidentally, this red clay is common in the region and we’ve seen it in both Marrakech and Fes, in neighboring Morocco.

After a relaxing two days in Madrid, we took the bus to Granada, to enjoy the sights on our four-hour day-time bus ride. We chose to try out Spain’s popular bus company, ALSA, and we were impressed.

Our first-class bus tickets not only entitled us to be picked up from our hotel in a swanky Mercedes Benz but to also enjoy onboard customer service on par with what one would receive on a decent airline. Booking tickets on ALSA online was a cinch and secure, too.

As we stepped out of the bus at the terminal in Granada, Jose, our Airbnb host was waiting for us. Even though he spoke very little English, we communicated adequately thanks to an app on his smartphone that we both spoke into. It translated my English to him in Spanish and vice-versa.

The apartment, albeit compact, was well-appointed and it was in a clean controlled-access building with an elevator. We had access to the terrace on top of the building from where we could see the Al Hambra in its illuminated glory at night.

Alhambra is a sprawling complex spanning 35 acres and it is considered an architectural gem and a Spanish treasure. It has several distinct sights to savor.

As you discover the place, you will be awe-struck by spacious courtyards, marble patios, exquisitely carved wooden domes, impressive stalactite domes, majestic arcades with columns, serene ponds, the list is endless.

You will indeed be surrounded by the finest examples of human architecture and craftsmanship, underpinned by geometrical shapes and designs and floral motifs.

It is no wonder that Alhambra, Generalife and the Albayzín district in Granada have made it to UNESCO’s list of World Heritage Sites. We chose to explore Al Hambra on our own and we did just fine.

To enjoy your visit, check out the official website (hyperlinked above), consider setting aside at least half-a-day to explore the magnificent complex and book your admission tickets in advance.

We purchased the ‘Alhambra General’ ticket and that included admission into the Nasrid Palaces, Generalife Gardens, and the Alcazar.

Beware that the number of people allowed into the Nasrid Palaces at any one time is regulated and visitors must stick to the time slots chosen by them. In fact, consider arriving an hour early as there is often a long line up for entry.

We were pleasantly surprised to see that at least twelve venues put on flamenco shows in Granada, a few of which are good and the rest, not quite so.

After considerable research, we decided upon Cueva de la Rocio as the venue to take in a flamenco show and we were not disappointed.

An important reason why we chose Cueva de la Rocio was that` it is situated in the elevated section of Sacromonte (sacred mountain), very close to Alhambra.

It is considered “one of the cradles of Flamenco in Spain. After the conquest of Grenada in 1492 by the Christians, the Moorish peoples were pushed out of the city walls and they settled in Sacromonte, where they met another set of social outcasts, the Gitanos or Gypsies (originally from India).

A 1499 decree by the Catholic Kings forced the Gypsies to abandon their nomadic way of life, after which, they put down roots in Sacromonte.

Cueva de la Rocio offers the Zambra style of Flamenco, typical of the Gypsies. The venue’s website states “Our show involves two parts. The first half delivers the representation of a ‘gypsy wedding’. The second act shows a more aesthetic and modern Flamenco, with stronger strokes, and ending with our “rumba” when all our customers are invited to join in.”

Affordably priced at 23 euros per head, the show included a welcome drink and it lasted an hour. Viewers were seated in a continuous oblong formation, in a low-hung cavern, with early guests securing prime seats within feet of the performance floor. The venue filled up briskly and the show got underway, almost punctually.

The balmy evening that we attended, there were about half-a-dozen singers and musicians and an equal number of dancers.

And we were treated to a pulsating hour of highly expressive flamenco accompanied by lively singing, sometimes resembling wailing, and music including the guitar, tambourine, and castanets.

Most of the numbers were solo performances with the artists wearing their high-strung, almost pained, emotions on their sleeves and expressing them passionately.

Seated within inches of the performers, we could feel their kinetic energy in the air as they strode around, deliberately larger- 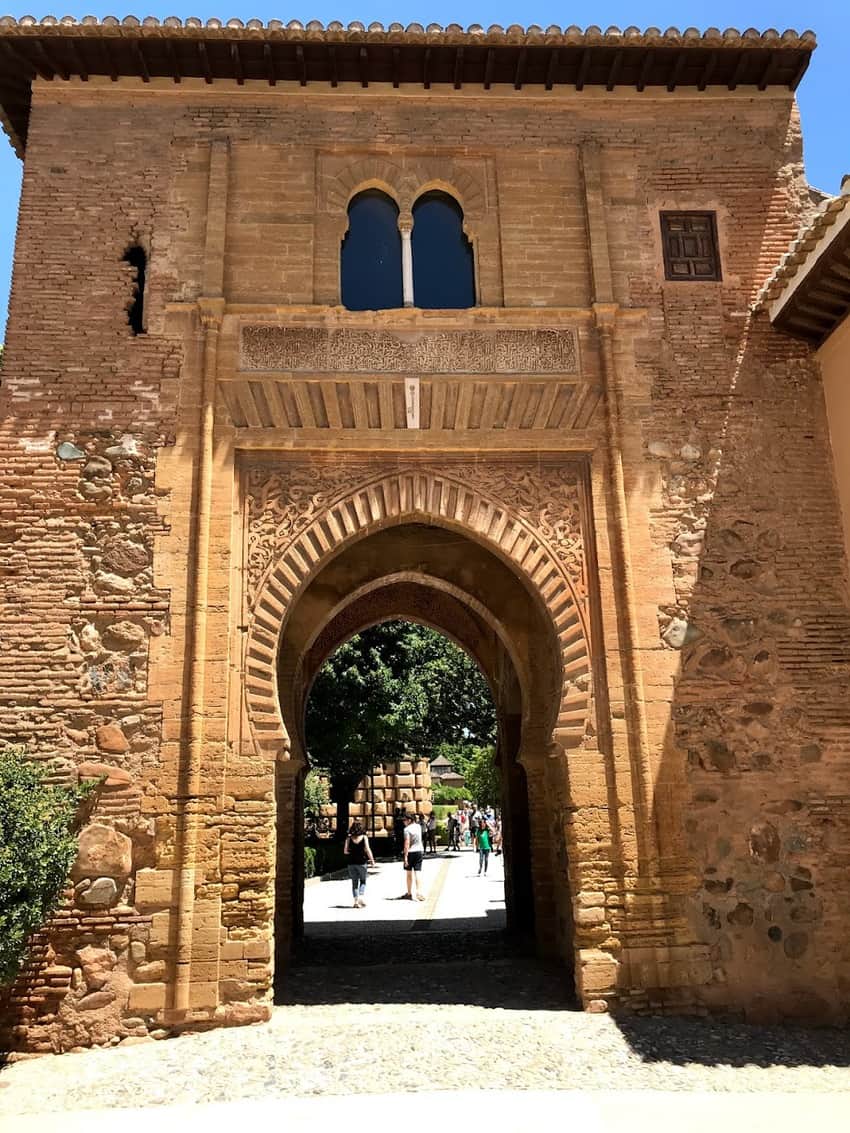 than-life, extending their arms, arching their backs and tossing their heads and hair.

Their expressions tightly knotted like a spring, ready to uncoil with force. Or as they tip-toed gingerly, their colorful, floral and pleated skirts partially lifted, using the decorative fans in their hands with practiced grace.

It is interesting to note that Treva Bedinghaus, an expert who writes about the history of dance, wrote in LiveAbout.com (April 28, 2018) that “Flamenco is the result of Roma music mixed with the rich cultures of the Sephardic Jews and the Moors, also living in southern Spain. If you look closely at flamenco dance movements, you may recognize arm, hand, and foot movements that closely resemble those of classical Hindu dance from the Indian subcontinent.”

We enjoyed the show at Cueva de la Rocio as much for the artistry of its performers as also for its compact, almost cramped size, and our physical proximity to the performers enabling us to appreciate their every twitch, twist, turn and nuance.

Not to mention dance numbers in the second half of the show, where the audience was invited to join in, and which made the experience truly interactive.

Given its steep and mountainous topography, getting around much of Granada containing its tourist attractions is not easy, even if you are physically super fit. This is why, we found the hop-on, hop-off buses God-sent. 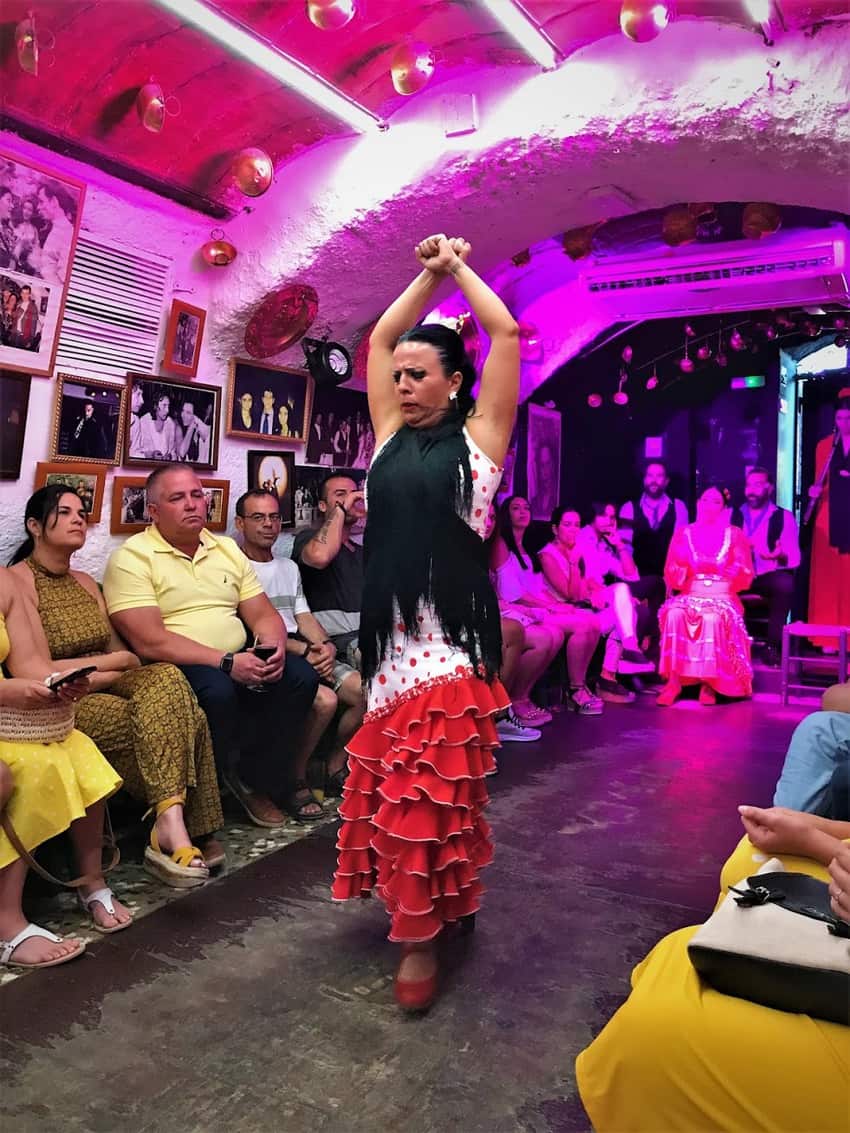 We purchased our Granada City Train (it’s really a bus) 2-Day Hop-On Hop-Off Ticket (Hop-on, hop-off Granada) for under USD 30 per head. This entitled us to unlimited rides on the Route Alhambra (Green Line) and the City Centre Route (Red Line).

Buses on both routes stop at pre-determined and clearly identified spots, often close to attractions, with convenient frequency.

There was a bus stop within five minutes walking distance from our Air BnB. As we normally do, we rode a bus on each route, all the way, the first time around, making note of the stops close to attractions that we wished to visit.

We then used these buses to see the sights.

The buses also traversed through many streets where restaurants and shopping were located, and the open-air nature of the buses allowed us to get off impromptu, whenever we spotted an interesting restaurant or store.

We found Granada to be a clean and safe city with a gentle pace of life and easy-going style. It was highly affordable, and it has a lot to offer in terms of culture, history and life-enriching experiences!