The Dog Lady of Mexico 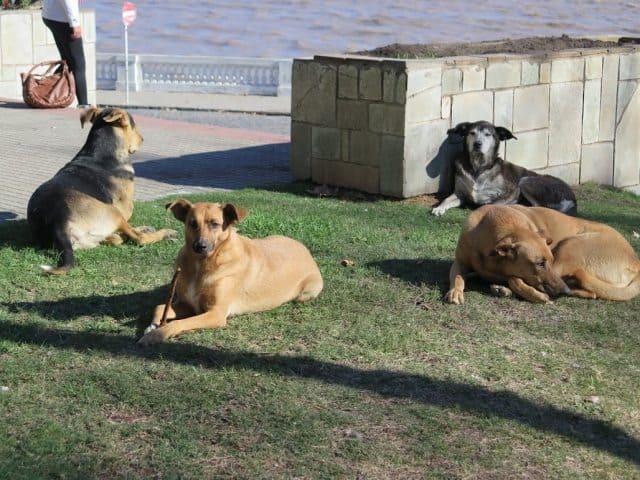 Rescuing Animals on Vacation in Mexico

Rose’s lifelong dream was to move to a tropical paradise and continue her work as an artist. She imagined waking up by the ocean, sipping her coffee on the beach and heading to her pottery studio.

There she would spin sun-drenched inspirations while her husband would share his passion for food at his oceanside cantina. It was all coming together for Rose when a good deed changed her life forever.

Little did she know that this small favor would gradually become an obsession that she could not ignore.  Take a trip with The Dog Lady of Mexico – a factional novel based on a true story.  Follow this heart-wrenching journey of love, loss, and survival while building an animal rescue on the tiny island of Isla Mujeres in Mexico.

Excerpt From the Book

Rose’s summer, as she had predicted, was a whirlwind of packing, selling, and moving.  Finally, after the car was loaded and the trailer was full, Brad and Rose hooked it all together and drove south, out of Colorado. It took five days to get to the Mexican border.

Brad nervously approached the immigration office. The amount of documentation necessary was overwhelming.  They were directed to five different windowed booths inside a crummy building full of noisy fans and people standing in lines. After four hours everything was stamped and approved and they drove into Mexico.

Rescuing a Cat and Bringing
It Home from Aruba

It took three more days to drive around the Gulf of Mexico. The landscape along the west side of the Gulf reminded Rose of an enormous bowl of tropical fruit.

In the orange-growing part of the country, the highway was built along an old river bed that zigzagged between low hills striped with rows of round, green, trees. From a distance the tops of the trees appeared so perfectly cylindrical, they looked like green lollipops.

After that were fields of pineapples, their spiky tops low to the ground. Then there were banana trees bowing gracefully, weighed down heavily with long bunches of bananas wrapped in plastic bags and slowly ripening, shaded by their enormous leaves.

Between the fields of fruit were boxes of honeybees. These were stacked neatly a small distance from the road and the honey was sold in recycled plastic pop bottles that dangled from tree branches next to the highway. In the shade beneath, vendors sat behind tables covered with smaller jars of bee pollen and other things that Rose didn’t recognize.

“What do you think those are?” she asked Brad. 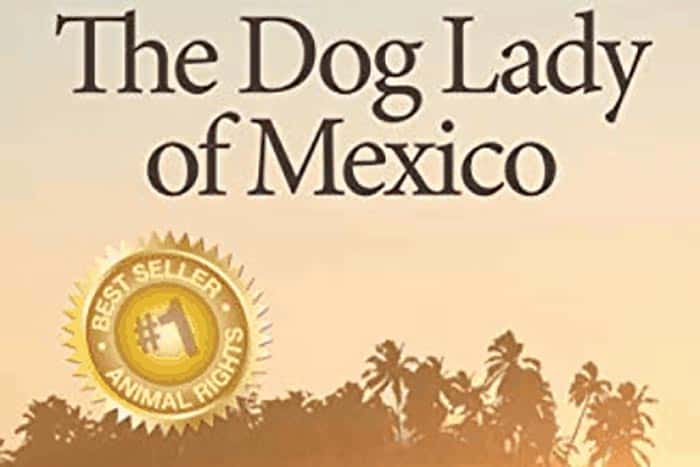 “I can’t tell from here,” he said, squinting at the tables. “The bigger bottles are obviously honey but the other stuff looks weird.”

“Do you want to stop and check it out?’

“Not today,” said Brad, who was usually a good sport about stopping to see things, but he knew this was going to be a long day.

The guide book had warned him about this section of the highway being slow due to the number of small towns with ridiculously enormous speed bumps, what it didn’t tell them was that they stretched out for a quarter of a mile.

Approaching the first town, the bumps, called topes, were spread out in front of them like a thick, inconvenient, lumpy, welcoming mat. The topes that gradually rose and declined were the easiest but there were also smaller ones that were like six-inch tubes of cement. These jolted the car no matter how slowly Brad drove.

Another thing that the guide book failed to elaborate on was the women and children who swarmed the car every time they were forced to slow down. They were selling bags of cut-up fruit and bottles of juice. It was the worst in the towns where the children felt it necessary to bang on the side of the car as if the occupants could possibly have not seen them.

“We’re not buying any of that,” said Rose, irritated by the assault. She and Brad had already agreed—no street food.

“I can’t imagine where that fruit was cut up. Forget it.” Rose lay her head back and shut her eyes. Watching the adults sell their produce was fine but seeing the children desperately banging on the cars was upsetting.

Brad continued to follow the line on the map up and down isolated mountain ranges and over roads that could easily dislodge a tire on a car-less sturdy than theirs. He’d commented on how the streets of the cities were crowded with busy mechanic shops. Now he understood why.

Rose’s excitement grew as they turned north and drove up the east side of the Gulf.  Passing through the historic town of Merida meant there were only four hours left before they’d reach Cancun. When they drove up to Punta Sam and got in line for the car ferry, Rose couldn’t stand the waiting anymore. She jumped out of the car to get a better look at the island. “Brad, its right there, right there, oh my God, look, it’s right there, OUR Island.” She dragged him down to the water and they watched the car ferry pull in.

The ferry ride was difficult. They couldn’t get out of the car. The boat was full; in fact, the people in the back of the line didn’t make it on board. Men in orange overalls directed the cars and trucks on and off of the ferry, cramming the vehicles so close it was impossible to open the doors.

“This is excruciating,” complained Rose.

“Well, you live on an island now and this is part of it.”

“You make it sound like it was my idea to move here and not yours.”

“I’m just telling you that you’ll have to put up with stuff like this, now.” Rose made a face at him.

“I’m not riding this ferry if I can’t get out of the car,” she said reaching for the watch on Brad’s wrist. “How long has it been?” He pulled his arm away.

“We should be there soon. Next, you’ll be telling me that you have to go to the bathroom,” he said.

“I do have to go to the bathroom.”

“I know that you jerk,” Rose said.

“Why am I a jerk because you can’t get out to the car to go to the bathroom?”

Rose decided to change the subject. “Look, that driver is getting back in his truck.” The trucks had such high doors, even with the ferry packed tight they could get in and out. “This must mean we’re almost there.” Rose grinned, leaned over and gave Brad a kiss on the cheek.

The ferry jerked and vibrated as it hit the dock and finally it was their turn to drive down the ramp. It took a while for their eyes to adjust to the light. Then they were there, on their island which generously served up all the feelings of joy, excitement, and relief they’d hoped for.

Brad had rented a small apartment for the month to fill in the time before their home was scheduled to be completed.

“You won’t believe how slow they are,” Brad told Rose a few days after they’d arrived. He’d been going to the house every day and always came away grumpy. “Everything’s done by hand. Even digging the foundation in the sand is done with shovels and buckets.”

They were having lunch at Brad’s restaurant.

“I thought they were done with the foundation a long time ago!” Rose said, pulling the straw out of her Diet Coke before she took a drink.

“They were—this is for the garage. You just can’t imagine it. Men are down in the hole, digging. They have these buckets with ropes tied to the handles and they fill them with sand, and then another worker hauls the buckets up and away. We now have new sand dunes near our one palm tree. They’re going to kill it; that sand will shift, I just know it.”

“I just can’t believe they don’t have more modern equipment than that. My god, it’s not like we’re in Siberia. It doesn’t make any sense. There are tall buildings on this island, and you can’t tell me that all those foundations were dug by hand.” Rose rubbed her temples like the thought of it was giving her a headache. “Was there someone there you could talk to?”

“Not today, just the workers. I’m sure they’ll quit early with no one there to stop them. I’ll bet you their tools are already back in that tar shack.”

Kat and Jeannie came into the restaurant and Rose waved them over. “Hi, hi, so glad you’re here,” she said, relieved to have a distraction—anything to brighten Brad’s mood before it dragged them both down. It was why Rose stayed away from the building site—she needed to stay positive.

All the delays, any small detail that threatened their dream reminded her of how vulnerable there were. One of them had to deal with the construction and one had to keep their hopes energized. 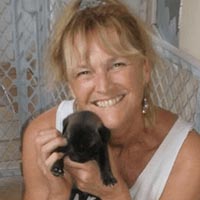 Alison Sawyer Current founded Isla Animals on Isla Mujeres, Mexico in 2004. With the help of her husband, she has expanded the shelter to include other parts of Mexico.  She created an adoption program that has placed thousands of dogs and puppies into homes all over North America. She won The Doris Day Animal Kindred Spirit Award in 2005.

Alison is a regular speaker at We Move Forward, a woman’s conference on Isla Mujeres and she speaks internationally to raise funds for Isla Animals. In 2010, she was featured in the Amazon Best-selling Book, How Did You Do That by Gail Kingsbury. Alison’s first novel, No Urn for the Ashes was published in 2008.  The Dog Lady of Mexico is her second novel.