The Everglades: Filled With Beauty and History 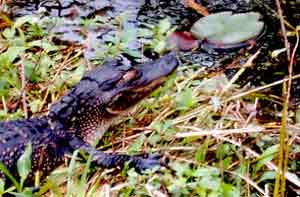 Picture a ‘river of grass.’ Wide and shallow, not like other rivers. A river lush with vegetation. It has no current, no falls or rapids, and no sound of moving water. As this river moves, it passes through swamps, sawgrass prairies, and mangrove-rooted islands, which separate and distinct species of plants, and where animals flourish.

It moves at a rate of 100 feet a day, and its depths vary from just a few inches to almost two feet high. Barely enough to support its variety of life, yet this inhospitable beauty has survived many, many assaults from both nature and man. It is one of the richest, densest and most subtle eco-systems the world has ever seen.

This is the Everglades

No trip to Florida should be without a visit to this wonder of the natural world. Now half its original size and crisscrossed by Army Corps of Engineers’ network of water-diverting structures, the Everglades lives on – even without 30% of the sheet-flow of water from Lake Okeechobee that it once had.

Though heavy deposits of phosphorus, nitrogen, and mercury from agricultural and urban run-off now enter its system, it continues to survive. Through Hurricanes Donna and Andrew, it’s still there. Often controversial, the Everglades now attract much attention and effort to preserve its unique ecological and tourist interest.

A Gift to the Nation

This area wasn’t even a park until 1934. A Congressional Act was passed authorizing a full 2,164,480 acres to be acquired by donation. Then, it sat for a decade, waiting for its preservation to become a reality. In 1944, Congress made it a national wildlife refuge, and then in 1947, President Truman officially dedicated the Everglades National Park for the use of the American people.

How to Get There

Spectacular in its vastness, the Glades and its park offer a close-up look at an eco-system that is unique to the planet. You can reach this wondrous park from three airports – Miami, Fort Lauderdale and Fort Myers. It can be toured by personal vehicle, commercial tour bus, motorboat, or canoe. Bike rentals are also available to take you to the heart of the Everglades on paved paths.

Shark Valley visitor’s center is a favorite spot. Off U.S. 41, a two-hour tram ride will take you and children through alligator country. Make sure your arms and legs are in because you’ll see the beasts. Knowledgeable guides will give you in-depth information on the flora and fauna you that will be seen along the way.

Bird-watchers will especially enjoy the sighting of purple gallinule, diving swallowtail kites, and the elusive limpkin. Black bears and Florida panthers also roam the protected area, but sightings by the public are few.

November through April is high tourist season, so camping reservations are necessary if desired, but during the rest of the year, sites are available on a first-come, first-served basis. Fees range from free in June-August to $14/night during higher visitor periods. 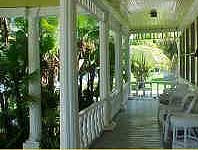 After completely immersing yourself in the natural beauty of the Everglades, it’s time to dabble a bit into its history. Treat yourself to a side-trip to Everglades City, on the park’s northwestern edge, for a more civilized experience – lunch at the historic Rod & Gun Club.

Sitting on a quiet tributary of the Glades, it was first built as a lodge for fur traders in the 1850’s, at the site of the first permanent white settlement in the area. Previously only enjoyed by Calusa Indian tribes, it retained its outpost character until the 1920’s, when Barron G. Collier, famous for his land holdings and development, bought the place and operated it as a private club.

There, he entertained international dignitaries and presidents of the United States. Presidents Roosevelt, Truman, Eisenhower, Hoover and Nixon were all visitors here. Celebrities also came to visit. Now owned by the Bowen family of Michigan, the lodge is open to the public and offers rooms with private baths and air-conditioning, yet it still retains all the character of its previous history.

Lunch on the wide screened veranda, overlooking the water, takes you back to a time gone by. Dark wood paneling surrounds you, reminiscent of 1920’s opulence. The service is friendly, and the offerings are flavorful – crab cakes, grouper, shrimp and alligator tail. However, the Rod & Gun Club does not take credit cards.

The Rod & Gun club offers the flavor of historic Florida at a very reasonable price. Check out the numerous clippings and photos in its lobby. Read about the area’s colorful (sometimes roguish) history, and about the many celebrities who have visited there. One can understand why they came. This is truly an area not to be missed, filled with history and the beauties of nature.

J. Lang Wood’s stories, essays and articles have appeared in publications across the country and online. An avid traveler, she lives with her husband on Florida’s Gulf coast