The glamour of this coastal Pacific resort is perhaps as distant in memory as the stars who once strolled its beaches and soaked up its nightlife. This is a city of 1.5 million people, all living snug to the sea that is Acapulco’s attraction.

They occupy tin-and-tarpaper shacks along its more remote beaches, squat cinderblock shelters and dazzling, gravity-defying homes on hills that descend at a harrowing angle to the sea. The evidence of this humanity is bottles, cans, paper and building materials that litter the roadside. The water is polluted, or so we were told. Buses belch smoke.

So why go to Acapulco?

For the same reason you try a restaurant seeking to restore its faded glory or a Broadway show in revival. They try harder and occasionally succeed.

We didn’t know Acapulco in its glittering prime. We hardly knew Mexico when we spent 10 days at a timeshare far from the hotel-lined, pearl white beaches of Acapulco’s main tourist strip.

But people make a place and we found the Acapulcans generous to a fault and, despite its long tradition as a resort, often reasonable in negotiations and temperament. It’s a place where you can sample much of Mexico’s highs, and much of its lows. And it’s real – meaning it’s not a creation of a developer with access to great quantities of sand and a dream to create a destination. Spring break doesn’t come this way.

Acapulco these days is primarily a get-away for Mexicans and in particular the citizens of Mexico City, which is a mere 230 miles north. Still, many people are conversant in English. We had the sense as well that as Americans, we were given special attention, a nod perhaps to the past when Acapulco was akin to Niagara Falls for honeymooners.

Most of the hotels, nightclubs, and restaurants are crowded in the northwest sliver of the crescent that is Acapulco Bay. We stayed approximately 10 miles to the east, at the far side of the bay. Our timeshare towered above a small beach that obviously attracted locals or out-of-towners with fewer pesos to spend.

Most nights, we strolled through the main street, which divides shops and open-air restaurants at the surf’s edge. We bought bottles of water and snacks and chatted as best we could with the shopkeepers. One night, we encountered a group of beautiful children dressed in simple costumes for Halloween. The small treats we gave them were taken politely and accepted with great enthusiasm.

We ventured most days to Acapulco’s center, and we found taxis the best means of getting there. The cost was approximately $10 each way. It is a scenic, sometimes harrowing ride along the main road that rises far above the Bay, revealing the azure waters and the towers of Acapulco. The nightclubs held little interest for us. But to see some of the fabled sights, you must pass through this boulevard-dissected city.

Here is the old market, where traditional Mexican crafts can be had for whatever you can negotiate. It’s a dizzying place, and a bit confusing among a maze of narrow streets. But fear not, the market will find you. Beyond the main beachfront, Plaza Alverez with its tall palms offers shelter from the heat. A small fountain ringed with benches is a cooling rest stop and includes a view of Catedral Nuestra Senora de la Soledad with its onion-shaped domes.

If you wander back to the main boulevard and walk away from the beach resorts, you are sure to be snared by men who haul shoppers to the market. We followed a spry fellow. It was quite a walk and he kept up a brisk pace, staying with us the whole time as we wandered through the old market. We resisted most appeals, save for a wildly overpriced bottle of mescal. We knew we were being taken but their persistence was awe-inspiring. As we left the market, we ducked into a small, open-air restaurant where we had strong coffee and sweets.

Within perhaps five miles of the market is La Quebrada, the cliff divers. The cliffs are beyond a hotel with a grand view of the divers. We passed on an expensive table at the restaurant and followed a long set of steps down to the cliffs. There we watched the men, all clad in black Speedos and tanned to a nut brown, gingerly scale to small perches along the sheer cliff.

Some stopped to cross themselves at small shrines. Then, with tremendous grace and little flourish, they would dive 130 feet into a narrow trough of water. It’s an oddly entertaining event – we’ve all seen these divers on travel shows and it’s hard not to compare that with the real thing. One aspect of this extravaganza not captured on any show I’ve seen is the men scrambling back up the steps to ask for donations as you exit. Their appeal is difficult to ignore.

Our one venture beyond the Acapulco was to Pie de la Cuesta, a remote beach some 8-10 miles from Acapulco’s center. The real adventure was getting there – by bus. An Acapulco bus is the mass transit equivalent to an amusement ride. We rode one with seemingly no suspension along narrow mountain roads to find this legendary beach. We finally exited at a dusty village and followed a dirt path. Our travels were rewarded:

Here we found a beach far from the crowds of Acapulco, with waves to match any found in the world. In fact, the ferociousness of the water made swimming impossible. But the crashing of the waves along the barren beach created a cooling mist as we worked our way back to the village. We stopped briefly beneath a thatched lean-to for drinks.

I did see one ‘stable’, a lean-to with dusty, undernourished ponies tied to palm trees. I had read you could rent a horse and ride on the beach, one of my unfulfilled dreams. But I passed at the sight of those sorry-looking steeds. After the dusty, careening return bus trip to Acapulco, we stopped in a market for cold Mexican beers that we guzzled near the city wharf.

We took most of our meals at the poolside restaurant of our timeshare, and I wish these tables were available to the public. We had the freshest salsa, guacamole, fish and taco chips, all prepared on site. We did, however, venture out to a few restaurants and found them all uniformly good. The aptly named 100% Natural has nourishing natural foods at reasonable prices. Our breakfast for two was a generous assemblage of eggs, various muffins and sweets and nutty bread, plus freshly squeezed orange juice – all for about $15.

One evening along the Acapulco strip we stopped in a recommended restaurant for seafood. We dined under a thatched roof as the waves crashed nearby. Over our shoulders, we could watch daredevils bungee jump from a platform. Entertaining.

One eating adventure highlighted the generosity of the natives. To celebrate a very important birthday, my 50th, we decided to heed the recommendation of the deskman at our timeshare. He suggested one of the restaurants that overlook Acapulco, Madeiras.

The dining room glittered with silver and glass and it had an open-air view of the sparkling city below. We quickly discovered, however, this dinner would cost us more than we cared to spend. We decided to order drinks and appetizers, which greatly distressed our server. He brought over the manager who suggested we order one meal and divide it. Clearly, we were served the better part of two meals, and the service didn’t slack off because of our frugality.

We ultimately discovered Acapulco was what you want it to be. For us, we passed on the nightlife and soaked up the sunlight. We saw what attractions it had to offer, and didn’t thirst for more. So part of its charm is the ability to get away from Acapulco – from the crowds, from the hotels, from the teeming beaches and the banana boats the slowly bob in the water like sluggish sea serpents. We read a lot, we lay on beaches off the beaten path and we enjoyed the locals.

Our final adventure defined the Acapulco the way we’d like to remember it. We hired a small fishing boat for one hour and chugged out of the bay to look at wave-carved cliffs, pelicans skimming the waters and green parrots flitting through the jungled shore. We paid the young man $20 for our adventure and didn’t mind that our fishing lines came up empty.

At the public dock, we gazed down at a manta ray as its dark body glided through the clear waters. We then settled under cabanas on the tiny beach nearby, reading as pretty young girls approached with photo books featuring braided hairstyles. It was a fitting end to vacation on our own terms.

MORE ACAPULCO ON THE WEB
We found few Web sites to help guide us through Acapulco. Most are commercial and offer unreliable recommendations. We found two sites generally worth visiting, both government sponsored. One is acapulco.com, the other visitmexico.com

You are advised to avoid solicitations at the airport, from either resorts or drivers. A standard fee of approximately $15 should get you where you want to go. Everything is negotiable. Never take a taxi without first settling on a price, usually one-third lower than the initial asking price.

[Editor’s Note: This story was published in 2007, visit this site for updated info about safety and what to avoid in Acapulco] 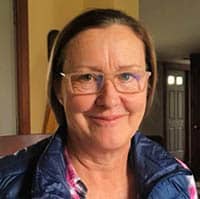 Mandana Marsh is a photographer and writer living in Northampton Massachusetts.

As far as safety goes, it’s important to consider what travelers are saying NOW about a place. We found these quotes from people who live in Acapulco on Trip Advisor, which provide good information for travelers who can make up their own minds about whether it’s safe to visit there or not.

Re: How dangerous is Acapulco?
Jan 26, 2018 written by a seasonal resident

In the state where Acapulco is located there is really only one large city. It is Acapulco. As a result of this all the bylines and news reports tend to go out under the heading of “Acapulco”. Even if the activity is hundreds of miles away in the state of Guerrero. Kinda a bum wrap

That being said, my wife and I spend 2-3 months each winter in SCA and will go back . You would want to stay in the tourist areas which might sound confining but it is not. You might actually be going to one of the resorts out on the edge of town.

Standard precautions are advised. No flashy jewelry, displays of wealth, stay in the Costera area (miles long) blue and white cabs. We find that if you ask a blue and white driver to take you somewhere he will balk and advise you not to go in that area.

We have been going for years and have never had a problem nor do I worry and fret about issues. If you are a druggie, heavy drinking late night person with a rude attitude and needing to flash your assets then go somewhere else, please.