Going Alone: Reflections on Traveling All By Yourself

All By Yourself: The Pros and Cons of Solo Travel

There are many upsides to traveling by yourself.

You get to meet new people, you get to make all the decisions, and of course, you get bragging rights for being an intrepid, independent explorer.

But solo travel does have its downsides: it can be lonely, upsetting, and, at times, dangerous.

For me, spending four months traveling alone through South America was full of ups and downs, but ultimately it was something I’d recommend to anyone.

Nonetheless, it’s worth weighing up all the pros and cons before making the decision to go it alone.

The most obvious upside to traveling alone is that you’re the boss! You can do anything and go anywhere you want. While this is liberating, it can also be daunting.

I first arrived in South America with no real plan. Four months and a whole continent lay ahead of me, and I faced it with a sense of adventurous excitement combined with total uncertainty.

But I grew to love not knowing what I would do next.

I could stay in one place until I decided I was ready to move on and, while I was there, I could do whatever I felt like doing. There was nobody to negotiate plans with and, honestly, there often wasn’t a need to make a plan at all.

I had previously traveled with friends who wanted our itinerary mapped out in advance, and, while I loved having my friends there to share the trip with, I resented having to stick to a plan and not being able to go wherever the mood took me.

Falling Out With Friends

Thankfully, our differences in attitude towards planning didn’t become a major issue, but I have met many people who have fallen out with friends when they turned out to not be compatible on the road. When you’re sharing every minute with another person, you may well find that even minor differences start to become problems.

Tensions can end up running high, and, while hopefully, any arguments won’t be long-lasting, they probably will occur. So it’s worth factoring this in when deciding whether or not to go it alone.

That’s not to say that leaving your friends behind is the answer, because, truthfully, it opens up a whole new issue- loneliness. And this issue shouldn’t be underestimated.

Loneliness can lead to feelings of isolation or even depression and is one reason why the decision to travel alone shouldn’t be taken lightly.

While of course, you’ll make new friends along the way, it’s never quite the same as being with your loved ones from home.

I spent most of my trip in hostels, surrounded by other people whether I wanted them or not. But that didn’t mean I wasn’t lonely.

For one thing, it took me a month or two until my Spanish was good enough to hold a conversation, and even then the “where are you from- how long are you traveling- where have you been so far” conversation can get old fast.

I often found myself wishing I had someone from home to chat to.

Being Away From Loved Ones

For me, missing the people back home was the biggest downside to traveling alone. The world is getting smaller, and everyone is just a phone call, video chat, or instant message away, but relationships are hard to maintain that way.

My parents would often call to say my sister was visiting for the weekend, and I would feel such a longing to be curled up on the sofa with them all, enjoying a home-cooked meal. Facebook became a mixed blessing, as my newsfeed was filled with pictures of my friends at events I had missed.

Most difficult of all was being away from my boyfriend for four months. When he visited for a few weeks I realized that traveling with him was way more fun than going it alone, and saying goodbye when he left to return to work was the hardest part of the whole trip.

Finding Your Sociable Side

The good news is, even though you’re not surrounded by your loved ones, you are usually surrounded by a whole host of potential new friends. Traveling alone means having to be sociable, and it may bring out an outgoing side that you didn’t even know you had.

Walking up to someone, saying, “Mind if I join you?” and starting a conversation didn’t come easily to me at first. I’d feel nervous, fearing that they would reject me, or that we would have nothing to talk about. But the longer I traveled for, the easier it got.

By the time I got to Rio de Janeiro, my final stop, I had no problem at all approaching the group of backpackers gathered on the patio, cracking open a beer, sharing my travel story, and making plans to join them for a soccer match the following day.

I ended up spending every day of my three weeks in Rio with my new hostel friends. And, when the trip ended, I left South America having made new friends from all over the world.

Leaving your loved ones behind may seem daunting, but meeting new people can be eye-opening. From my group of Rio buddies to the pair of Aussies I got drunk with at a wine tasting, or the Argentinian girl whose couch I stayed on, and the American student who introduced me to all the best tango spots in Buenos Aires.

While I may never see some of them again, making new friends from various walks of life has taught me a lot, and who knows, maybe our paths will cross down the road (and maybe I’ll have a couch to crash on).

Unfortunately, being surrounded by new friends doesn’t mean you have the support you need if and when something goes wrong.

Almost everyone I met had some horror story of their stuff being stolen, not being able to access their money, or running into some other difficulty that would be much easier to deal with if traveling with others.

For example, when my bank cards had been blocked during a previous trip, I at least had my friend’s account to fall back on while I sorted the mess out.

Worse still are the horror stories of being mugged or scammed. While this can happen to anyone, being alone ups the danger. There’s a reason why the guidebooks often give the advice to never walk alone at night. 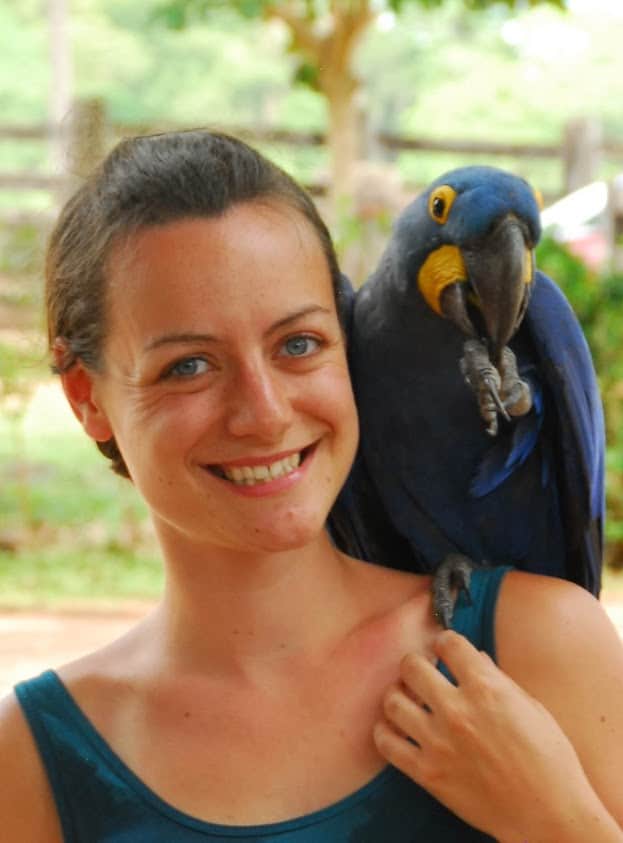 In Buenos Aires, though it is a relatively safe city, I was constantly warned not to go out alone. Strangers would stop me in the street and tell me to put my camera away because it was dangerous to have it visible or to wear my pack on my front in case of pickpockets.

I kept myself relatively safe, taking taxis at night, and not carrying valuables when I was walking somewhere alone.

But to some people, the idea of being alone at all seems too dangerous. While hiking up a mountain I was stopped by an older couple who asked “You’re here alone? What if you get attacked?”

The thought hadn’t even occurred to me. Thankfully, the worst that happened was some catcalling and an attempted mugging by some kids (I may not be strong, but I can handle a 10-year-old).

Overall, perhaps the main argument in favor of traveling alone is that you learn about yourself. Many people say they hate their own company, and surely this is something they should try to change. I was happy to learn that, when it had to, my sociable side will win out over my nervous side.

Ailish writes about her travel adventures on www.AilishInWonderland.com, and is also a filmmaker for www.CaraOnline.co.uk.