Like many others, I had heard that Southeast Asia was an absolute hidden gem, and Chiang Mai Thailand was the crown jewel of them all. While building up expectations like that sometimes just sets you up 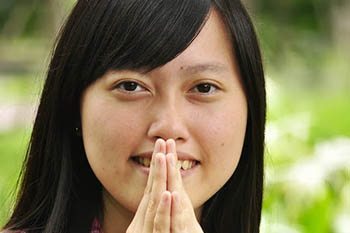 for a fall, this time Thailand delivered and more.

While Phuket and Bangkok certainly hold a special place in my heart and deserve all the praise they get, without question my favorite time was exploring the city of Chiang Mai.

Chiang Mai is located in northern Thailand and is your best stop if you want to explore more of the jungle regions and other parts of the country away from beaches and obvious tourist traps.

Don’t mistake this for a hidden gem, though, there will be plenty of visitors and it’s safe to say that Chiang Mai is the main attraction in the northern part of the country.

Note that the rainy season falls from May to September with late April and early October also getting hit. I was lucky to avoid this purely by accident, but it’s something you’ll want to keep in mind if you’re smart enough to plan one of several different Thailand packages you select.

The First Day in Chiang Mai

So eager to hit the ground running in any new place my first day is always spent the same way: doing too much, crashing hard that night, but enjoying myself and settling into a new day.

At Chiang Mai that was an experience like few others. Every article I looked at on the area talked about having to visit Doi Suthep, and usually as the first thing to do. Despite the naturally rebellious streak in me I followed the advice because it was just so overwhelming. 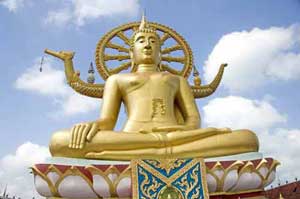 They were right. The massive statues, the incredibly intricate architecture, the living history – the view back down the mountain of the city, all of it combines for a really amazing experience that is hard to explain unless you’ve seen it.

The intricate carvings, attention to detail, and clearly reverent focus on the design at hand really come through.

I’m not religious by any stretch, but in the same way, a truly incredible cathedral can take your breath away and give you and idea of being “holy” because of its sheer awesomeness, I experienced the same silent sense of awe exploring this amazing place.

Getting to help some monks practice their English while learning more about their culture firsthand was really the perfect bonus to the experience, and a really friendly way to feel welcomed into the city.

Back Down in the City 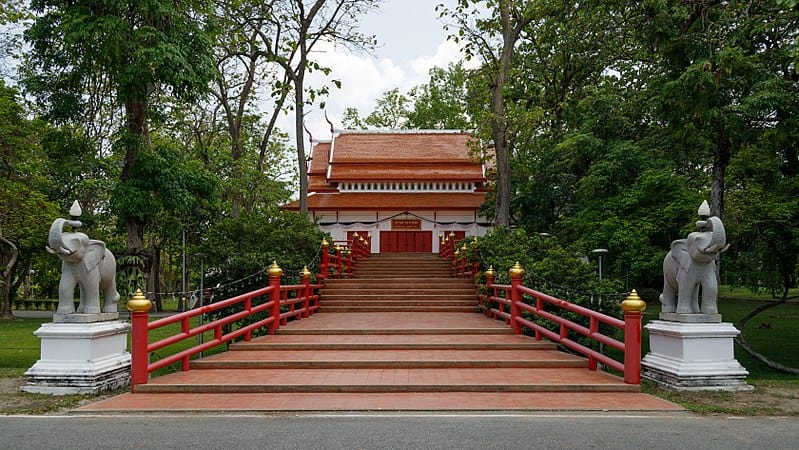 Back down to the city, I was glad I took a good hat, water bottle, and sunglasses because I didn’t realize San Kamphaeng Road (aka Handicraft Highway) was nearly 6 miles long!

I’ve never been scared of a good walk, however, and the nickname did not disappoint. Pottery, clothing (even silk, I think), silverware, sculptures, green glazed pottery – it was really amazing.

Originally I was planning to come back to buy anything I wanted later but admittedly coming from a lumber family, some of the wood carvings were just too beautiful to pass up.

So was a small bit of silver working in the form of an elephant. Really amazing the quality of craft that can be found here.

This was also the first place I had lunch when a friendly local expat chatting with me recommended a Khao Soi place close by.

Northern Thai food is distinctively different from the rest of the food throughout the country (though I love that, too) and man this soup did not disappoint.

Coconut, curry, chicken, fried egg noodles – I don’t know how it can even taste better together than separate considering the awesome ingredient list and yet it did.

Re-energized, I began exploring the city again, hailing a taxi for a ride to the Old City Temples. Talk about a living museum. There are multiple incredible temples many centuries old with crumbling outer walls where the border of the ancient city used to be.

There are few places where you can just wander through living history like this, and it gave me a feeling very much akin to wandering through Mayan Ruins in the Yucatan and Belize – though these were quite a bit more impressive, in all honesty.

Night came fast, and that meant finding a local recommendation for a Khantoke Dinner. More North Thai food, and I was told this was the type of experience I’d want as a traveling foodie.

Dish after dish came out while listening to Thai symphony music, and the communal aspect of eating with others while enjoying the unique dishes was amazing.

It wasn’t what I would think of if someone said Thai food but that’s the beauty of the northern part of the country – they aren’t kidding when they talk about how wildly different the cuisine is.

The first day ended with going to the Chiang Mai Night Safari. Seeing so many amazing animals at night was an experience worth it all in and of itself. But I didn’t even know about the laser light & music show which, as much as I hate to admit it, was pretty freaking cool. 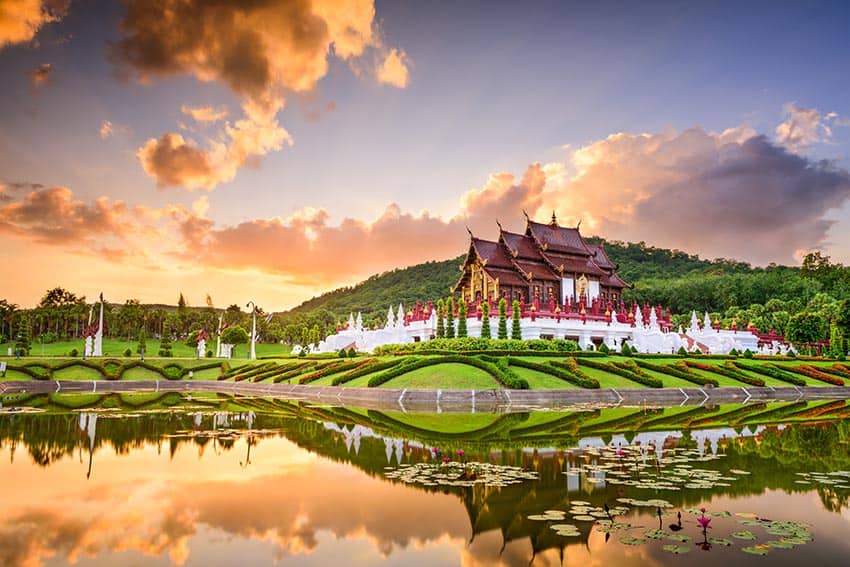 The biggest regret of my time there was having a plane ticket out in three days. The nightlife was absolutely incredible and as someone who really enjoys good cover bands, good beer, and new experiences, Chiang Mai has so much more to explore that I didn’t even scratch the surface of.

I loved climbing the Bua Thong Sticky waterfalls (such a weird sensation crawling up a waterfall and feeling like you’re sticking like Spider-Man), though that did take most of a day, and there were multiple temples, parks, markets, and nightlife areas I wanted to visit but just ran out of time.

No question, I was sad to see Chiang Mai go when I boarded the plane.

Would I Go Back?

Absolutely! Despite experiencing so much in my time in Chiang Mai, there was so much I missed and would love to experience, as well.

Doi Inthanon National Park, the Elephant Sanctuary (yeah, yeah, I don’t know how I missed that the first time through either), and that doesn’t even scratch the surface of everything the nightlife has to offer.

The YouTube videos of the Thai New Year celebration of Songkran and the citywide free for all water fight is also something I would love to experience first hand, and it’s top of my list of places to return to!

Jake Filloramo is a Tampa, Florida based writer who loves to explore new cultures. A graduate of the University of Tampa, he has traveled to over half a dozen countries and plans to visit more soon!