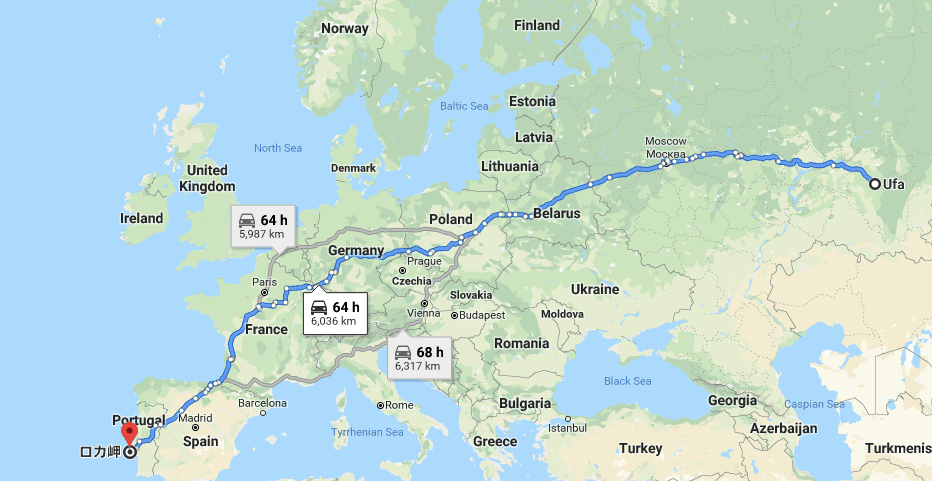 Chasing a Guinness World Record on a Bike

When James McLaren saw a shiny blue bike at age thirteen, it was love at first sight.

Two years after buying it, he cycled two hundred miles from Canterbury to Portsmouth along the southeast coast of England. He enjoyed riding somewhere he’d never been before, and even though there was a lot of rain, it was great fun.

As the years went by, there would be other bikes, lots of roads traveled, and numerous injuries, but one thing stayed the same: McLaren loved to ride. 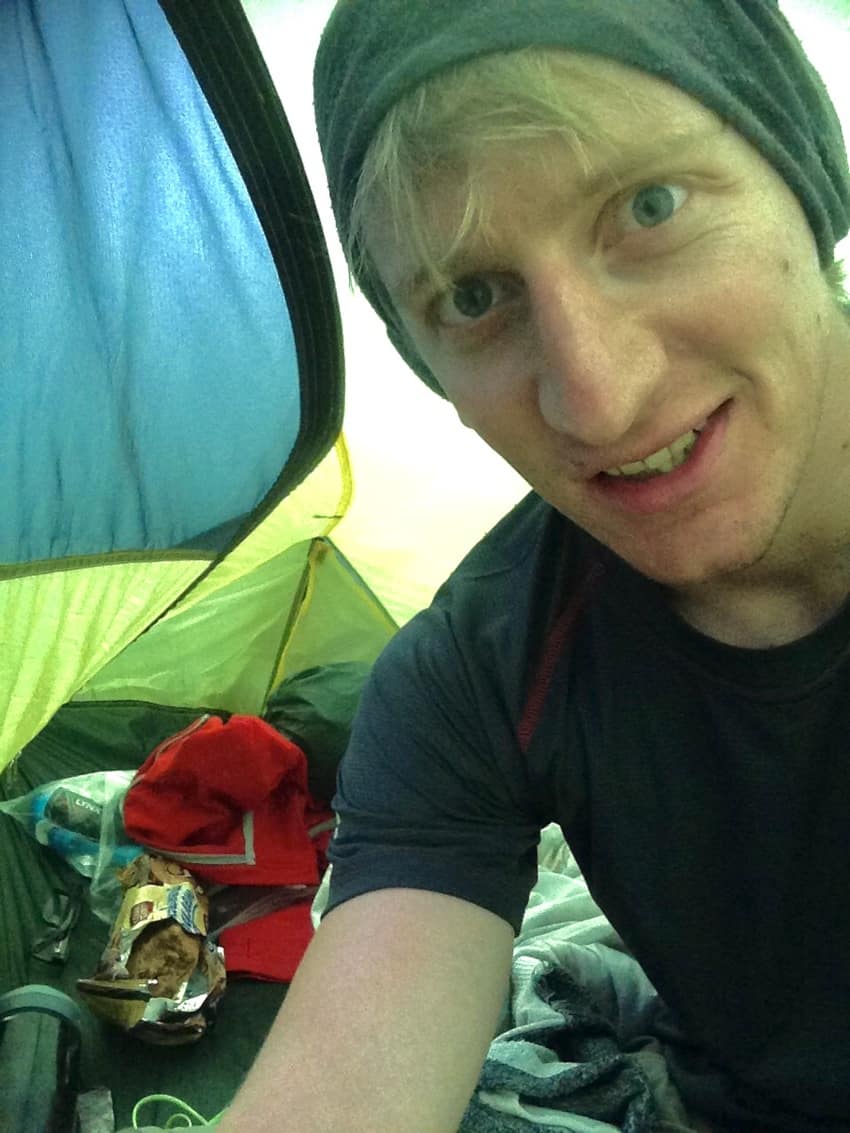 Fast forward to 2016, and McLaren sought to do the unthinkable: cycling from Ufa, Russia, to Cabo Da Roca, Portugal, without a sponsor, in a bid to set a Guinness World Record. In Chasing Lines, he recalls his journey, weaving in stories about other cycling adventures and how the sport has taught him valuable lessons about the importance of moving forward, no matter what.

Excerpt from the Book: Setting off from Russia on Bike

The alarm goes off in my hotel room in Ufa. Better get used to that. I’ve had my day of getting ready so here we go, all the planning and training is done, it’s real, it’s right here in front of me.

Clothes on, eat snacks, and get breakfast. Bike and kit all ready, it’s time to wheel it out into the elevator of my nice hotel room. 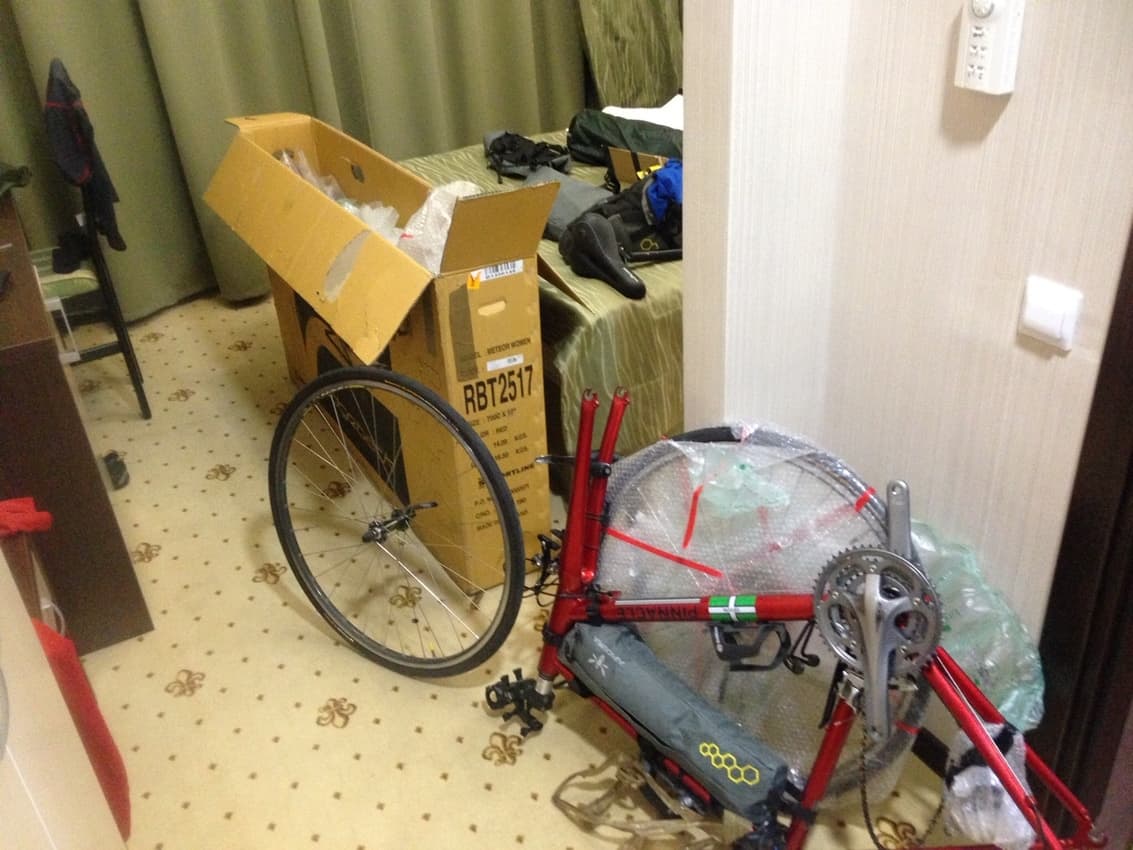 I come out of the elevator into the reception, head to toe in Lycra, with the bike by my side, to a bemused security guard and receptionist.

I check out and wheel out of the hotel to find grey skies.

Rolling down the road, I put my leg over the saddle and head down the very steep hill to the station where annoyingly I know I’ll have to head right back up in just a minute.

But it’s not raining and the wind doesn’t seem too bad. Any cyclist will know that wind can be the bane of your existence, and over the next month, I will become a human weather vane!

To the Train Station

I get down to the train station aiming to start around 8 am, not too early, but at a set time. I stop with my bike outside the station, take photos and videos, and turn on my GPS tracker device all for the Guinness World Record evidence.

There aren’t many people around, but I still get a few funny looks. I guess they wouldn’t be thinking, I know, he must be cycling to Portugal.

I give the GPS a few minutes to make sure it’s sending its signal, and then with a very intense in-over-my-head feeling, I anxiously put the first pedal down and begin. Straight away, it feels better, like I knew it would. Crossing town, I immediately go the wrong way down an estate of some very official-looking city hall-type buildings. 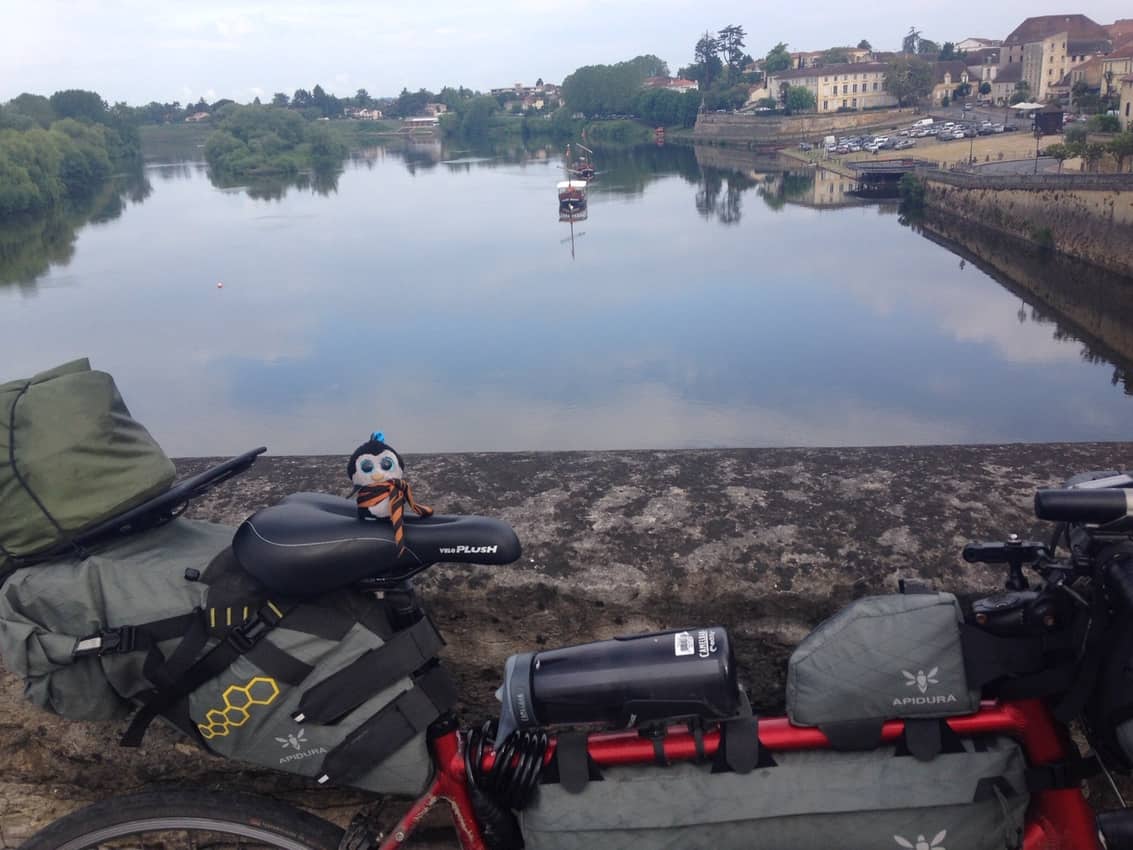 I get the feeling that I’m heading the wrong way when the street cleaners stop working and watch me go past. I can just tell that they’re thinking: he’s lost. I smile at them as I pedal back past and onto the right road. Down a long hill and onto a busy road, then over a big river to leave Ufa, I’m finally going out into Russia….

Into a steady rhythm and taking my time, the whole “it’s a marathon, not a sprint” mantra playing over and over in my head. This feels good. Starting on a dual carriageway with a hard shoulder is nice, giving me plenty of room. The skies are grey and trucks plentiful. The dual carriageway ends and with it the hard shoulder, so now I’m relying heavily on my helmet mirror.

I found it on eBay, it looks a bit silly, but it’s a huge comfort riding along, being able to see vehicles approaching behind.

The roads are getting rough at times, with the wheels banging on the broken tarmac, but it soon smoothens out.

Most of the main roads here are tarmac, which is what I want – the smaller roads are mainly made of dirt and mud, and for the purpose of this ride, I need the most direct route possible.

Soon, my nightmare begins: my knee is starting to get sore. From the moment it starts to twinge, I know it’s not going to stop – there’s any time to rest when I have to ride continuously every day.

It’s mile 34, I fret, sat in a bus shelter for a minute to gather myself. But I keep riding steady – what else can I do but stop, stretch and keep going?

My heart sinks – are my months of work and planning going to go to waste? Keep going, I tell myself, there’s nothing I can do now. But I couldn’t quite shake that worry in the back of my mind: I’m in the middle of Russia, on my bike, alone, and with a limit on my visa.

Whatever happens, I’m not going back on this ride. I try using the tape my physio suggested, playing around with its positioning on my kneecap, but it’s still slowing me down a lot. I can’t believe this is happening, right at the start.

My first lunch was in some kind of truck stop café, not that you would’ve known that it was a café. The one word I learned the quickest in Russia was “Kафе” – café. As soon as I pull off the road, I have to cross a wet, muddy area made for cars and trucks, not exactly a car park. My wheels sink in the mud like a knife through butter, I put my foot down in inches of wet sludge and lock the bike up.

Walking through an old wooden door, I find a room with three mismatched tables and chairs, with workmen out the back working on some kind of bathroom and a woman in the corner behind a kiosk with a menu. Ah, Russian words again, not my strong suit. I end up with lamb dumplings, some particularly hard bread, and black coffee. 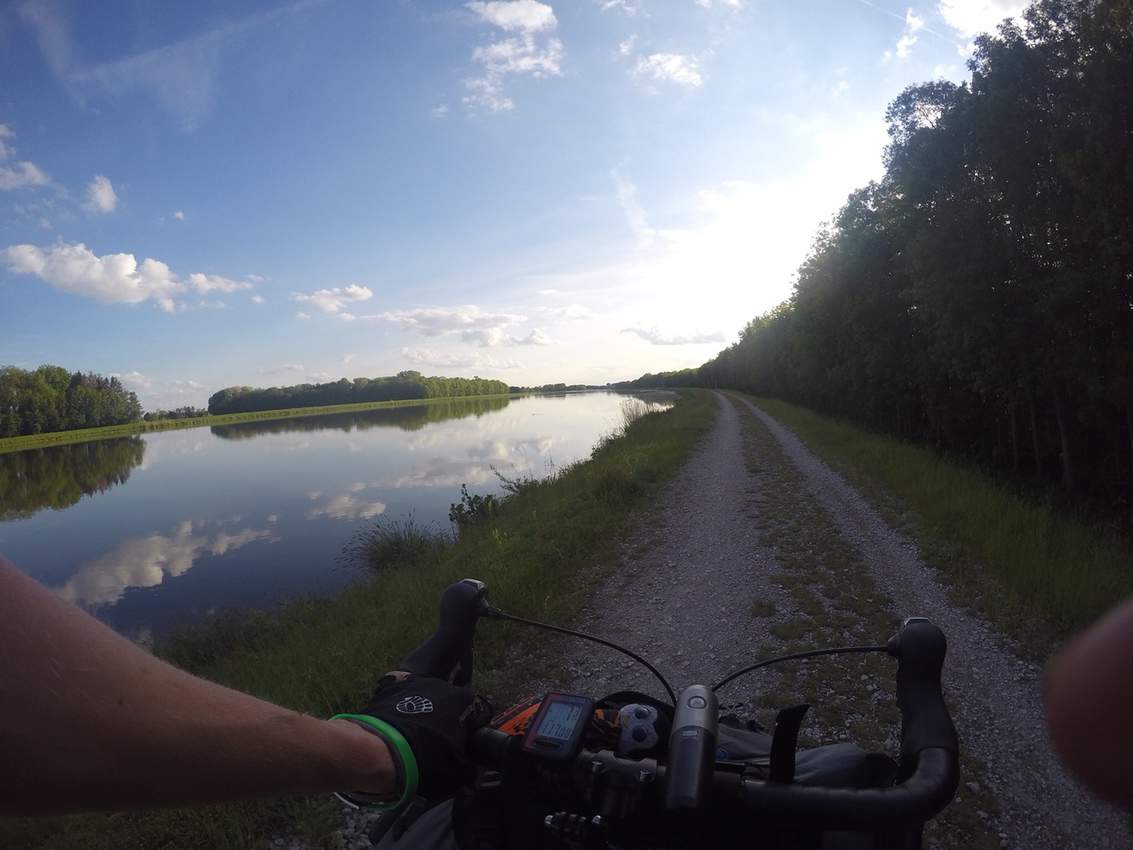 An older man tries to get me to buy him a cup, too, but I can’t or everyone will want one! I pay up and leave – handing my untouched coffee to the man outside as I leave when no one saw, he smiles, it was cold out.

A young boy asks for one of my water bottles. I just shake my head and say, “I need that”, with a smile. When in doubt always smile, it’s amazing what a difference it can make.