Take A Stroll Through Portugal

Learn The Best Walking Routes Throughout The Country Of Portugal 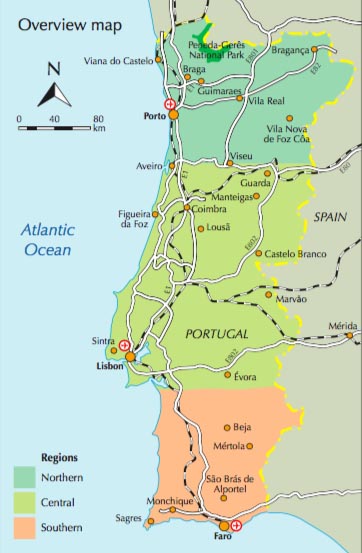 Portugal is home to many stunning views just waiting to be seen by hikers. “Walking In Portugal” by Andrew Mok and Simon Whitmarsh chronicles 40 short and multi-day walks in Portugal.

With mountains, national parks, and the scenic coast, there is plenty of nature to be trekked on. The book covers the entire mainland of Portugal, including its highest peak in Serra da Estrela, and provides useful information on history, culture, and wildlife.

From jagged mountains to picturesque rivers, learn about a magnitude of walks you can take. The walks range from shorter, family-friendly strolls to more advanced routes that span days and tackle rugged terrain.

Excerpt from “Walking in Portugal”

“Why go walking in Portugal? This delightful country enchanted two self-confessed walking addicts so much that after just a short visit we were captivated, returning again and again. There are so many reasons to fall in love with this relatively undiscovered gem of a country.

The diverse terrain includes the rugged north with a multitude of mountains, many higher than Ben Nevis, and the beautiful Douro valley. Further south, the Serra da Estrela mountain range provides alpine, snow-capped peaks and plateaux.

There is nearly 1000km of coastline including the dramatic arid scenery of the southern coastal areas, bordered by wave-pummelled cliffs. All this is encapsulated in a narrow strip of the Iberian Peninsula.

Another reason is the weather. With such a variety of meteorological microclimates within its borders, there is always somewhere to enjoy hiking at any time of the year in Portugal.

The Arrábida Nature Park is good for walking in winter, as is the Algarve, whereas in the heights of summer when it is too hot to enjoy a good walk in many parts of Europe, you will nd balmy temperatures in Serra da Estrela Nature Park.

The major draw remains the space. This is not a large country compared to its more massive Iberian neighbor, but you will be able to walk in peace and tranquillity, very likely in the delights of just your own company.

For those who don’t speak Portuguese, some effort plus sign-language will be rewarded with smiles and helpfulness.

And then there are the wildlife and flowers. The hillsides carpeted with fragrant blooms in spring, or the almond blossom of late winter lying like snow on the ground are truly a sight to behold.

Should you wish to be surrounded by trees, Portugal is the world’s largest cork producer and has widespread arboriculture.

The birdwatching is phenomenal with a plethora of resident raptors, and uncountable millions of migratory birds. You may even be lucky enough to spot an Iberian wolf in Peneda-Gerês National Park or a previously extinct lynx in Guadiana Nature Reserve.

These selected walks take you on a 175 million-year journey through time. From fossilized dinosaur footprints in Arrábida (Walk 28), via megalithic sites around Monsaraz (Walk 33), and the Roman roads from Portugal all the way to Spain (Walk 9), to the deserted schist villages that are now undergoing a resurgence, becoming superb bases for outdoor activities (Walk 17).

Allow some time during your visit to see why UNESCO has decided that Portugal deserves to be the proud home of a dozen World Heritage Sites. 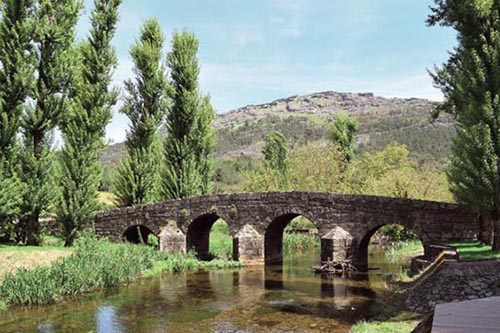 The food and drink is another understated attraction, with the unsung hero being the desserts and the doces conventuais (convent sweets).

Even if its popularity as a walking destination were to increase over time, this is a place that could absorb many visitors. In addition, there are the warm and friendly people.

The good, heavy rich red wines from the Douro or Tejo valleys could compete with those of Bordeaux, but as their best are not often exported, you will have to come here to sample them. The same applies to the crisp vinho Verde from Minho.

This is just a taste of our experiences after walking for more than 6000km over a period of three years. Enjoy these favorite routes in Portugal. Boa Viagem!”

Andrew Mok is a keen walker, covering over 2000 kilometers a year. He has walked extensively in Britain, doing at least part of all the major trails.

Simon Whitmarsh, like Mok, covers around 2000 kilometers a year during his walks. They have hiked across England twice and have walked in most countries in Europe.

More recently, their addiction to mountains has increased, with treks in the United States of America, Australia, New Zealand, Nepal, and Mok’s native Hong Kong.

Both Whitmarsh and Mok are doctors, a consultant pediatrician and a general practitioner, who have developed a love for exploring Portugal by foot. They live in Wales, UK.

When not traveling, they enjoy finding new routes together near their village in Snowdonia.