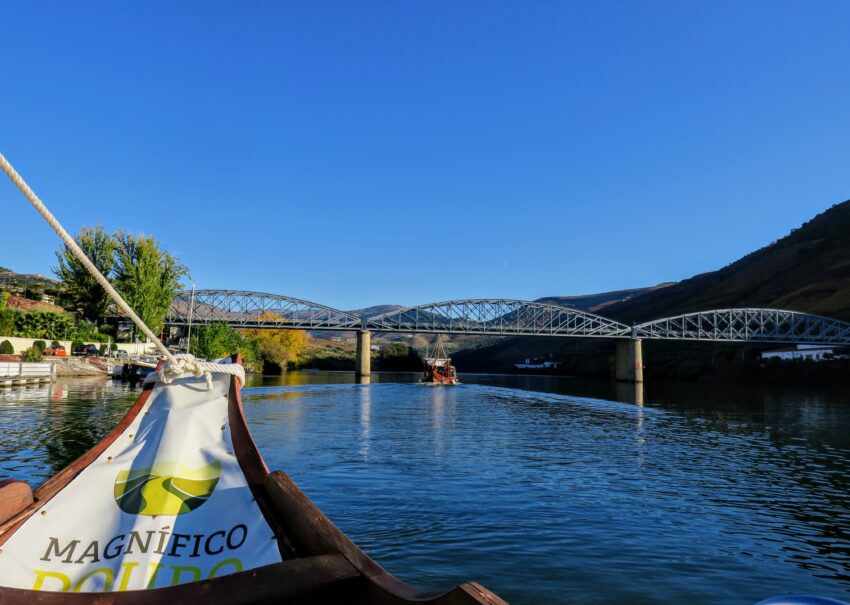 Exploring Portugal: A Story of Cod and Trade

In November 2021, we traveled to Lisbon, Portugal, our first trip out of the US since the pandemic began.

Flying to Portugal from Los Angeles means a layover in NYC, but the journey was not just long but unpleasant, which is perhaps unsurprising given the state of things.

Delays, canceled flights, Covid tests, unhelpful airport staff, endlessly winding lines, and filling out long forms—it seemed as though every aspect of our trip was marked by some inconvenience of one sort or another.

But it was all worth it when we finally landed in Lisbon, a sprawling and dynamic city, which we were eager to explore.

What I soon learned, however, was that this would be a culinary trip as much as a cultural one, which, to my surprise, began with a newfound appreciation of codfish. It’s something I wouldn’t have expected, as I never much cared for seafood despite being someone who loves food from cuisines around the world.

Our hotel was off the Tivoli Avenida Liberdade Lisboa, in central Lisbon, a wide boulevard flanked by beautiful buildings occupied by high-end retail stores, restaurants, and other hotels. It was built after the devastating earthquake and tsunami of 1755 that had flattened most of the city and was reminiscent of the Champs de Elyse in Paris.

In a stunning restored old palatial building, the hotel was charming, just like the city around it. We couldn’t wait to explore Lisbon and its narrow winding cobblestone streets and wide boulevards, modern subways, and old rickety trams—a city, in other words, that seamlessly melded its old-world charm with its modern sensibilities.

Our first evening, we ventured to the nearby Rossio Square with its imposing statue of King Pedro IV that overlooked a beautiful fountain. It was early November and the nights were only mildly chilly. We passed couples passionately swinging to pulsating dance music in the middle of the wide boulevard.  It was a Friday night and the city, in spite of Covid, was on fire. Music played everywhere, bars and restaurants were overflowing, people were out in droves, and the atmosphere was festive, electric, and magical.

For the Love of Cod

It’s not something I would usually order, but I decided to try the codfish after reading about it in the guide books. And I’m glad I did—with one bite I was hooked.

Slightly warm and crunchy on the outside, it was filled with a combination of salty and savory cod and mashed potatoes and herbs. It was so delicious that I ordered another round.

As it turned out, for the next week that we were there, I ended up eating cod at least once a day, every day.

Portugal is a small country of about 10 million people.  Even though there is an abundance of fresh seafood, from sardines to shrimp to octopi, codfish rules supreme. It is said that there are more than 365 Portuguese recipes for cod, one for at least every day of the year.

The fish comes from the frigid North Sea off Norway, where it’s then salted, dried, and shipped thousands of miles south. I decided to delve into this peculiar story and along the way discovered that the history of Portugal’s love of cod is tied to the history of the country itself.

The Golden Age of Exploration

Portugal’s golden age began with Vasco de Gama’s discovery of India in 1498, ushering in the ‘Age of Discovery.’  Portugal and Lisbon thrived in the 16th century as the hub of international trade and commerce between Europe, Africa, India, the Far East, and South America.

The country imported exotic spices and textiles from India and sugar from Brazil. Its cuisine was influenced by and large by the spices that were brought in from the Far East and North Africa. Not to mention the wealth and immense prosperity that emerged through their trading networks.

Portuguese ships started fishing off the coast of Newfoundland (Terra Nova) in the 16th and 17th centuries, largely controlled by the rapidly growing British and French colonial powers. A treaty with the British allowed the Portuguese to fish for cod in exchange for salt. But this arrangement was short-lived.

Thereafter, the British took control of cod fishing and forced Portugal and others to import their fish at prices that were only affordable for the very wealthy. This high-priced fish became known as the ‘English Cod’.

During the Salazar dictatorship that began in the 1920s, food was scarce and the government began a codfish campaign. Financed by Salazar’s regime, large fishing boats sailed from Portugal and traveled the seas off Newfoundland, carrying small 1-person fishing boats called ‘dories’. The ‘dories’, each with one fisherman would sail out at dawn and fish for cod all day using line fishing.  It was grueling and dangerous work for very little pay.

The average codfish is about 3-4 feet long and can weigh up to 25 lbs. By day’s end, the fisherman would bring their catch back to the boat, where they would then remove the spines of each cod, and then salt and store them.

This time-consuming, laborious and dangerous way of fishing didn’t end until the dictatorship was overthrown in the early 1970s. Also, an emerging environmental concern for the oceans took root and effectively shifted the way fishing was done. Since then, with international trade agreements, the cod is now fished off the coasts of Norway and shipped to Portugal. Remarkably, despite having only 0.14% of the worlds’ population, it consumes 20% of its cod.

And you can sense and taste it everywhere. One evening, we did a walking food and wine tour of Lisbon. Our second stop was at ‘A Tendinha de Rossio’ a 180-year-old historic ‘hole-in-the-wall’ bar and famous for—you guessed it—its codfish cakes, which we enjoyed immensely.

Dinner in the Baixa Neighborhood

The next evening we had dinner at a restaurant in the Baixa neighborhood, where I had the ‘Bacalhau a Bras’, shredded codfish stir-fried with thin slices of potatoes, eggs, and herbs accompanied by a simple salad. It was so exquisite that, if I had to pick a last meal, this might be my top choice. Another night we were at a glass-enclosed rooftop bar and restaurant in the hip Bairro Alto neighborhood, where, among other things, we savored the codfish soup with fresh bread.

Lunch at the Famed Belcanto in Lisbon

We also had lunch at Lisbon’s famous ‘Belcanto’, a Michelin 2-star restaurant, listed among the world’s 50 best on numerous lists. The pan-fried cod was to die for, as were the other dishes on their tasting menu.

We stopped by a specialty restaurant in the quaint, historic university town of Coimbra, halfway between Lisbon and Porto. Just a block from the river, it was a beautiful restaurant that specializes in cod.  As you enter, you pass by piles of dry cod on shelves and many glass tanks filled with them rehydrated in water.

We sat in a glass cubicle surrounded by greenery and a wine cellar stocked with local wine. We tried the ‘Cod with tomato rice’, a local specialty, prepared like a stew: salty, tangy, and slightly sweet with a hint of aromatic North African spices.

In Porto, right across the river in the Vila Novo de Gaia neighborhood, between the large port wine warehouses is a huge showroom for codfish cakes called the ‘Casa Portuguesa do Pastel de Bacalhau’. In an ornate building, lined on all sides with books that filled the 30-foot walls, baroque chandeliers, spiral staircases, and live organ music ushered us forth into the ultimate homage to cod.

Behind glass, smartly dressed chefs worked on spotless counters, molding the ‘pastels’ by hand and laying them out on a platter for another chef to either fry or bake. You can order the cakes and eat them while sipping local port wine. Once you got a taste of these ‘pastels,’ the reason for the long lines outside made perfect sense.

At another sidewalk café, we had sandwiches filled with a savory codfish mix. In Regua in the Douro Valley wine region, we had pastries filled with mashed codfish. To top it off, we enjoyed more local Port wine.

An End to a Culinary Adventure

At the end of our trip, as the plane took off from Lisbon, and after another stressful day of Covid tests, rebooking tickets, and more never-ending lines, I silently vowed to be back. I began missing the narrow winding streets of the Alfama, the rattling old electric trams, the Fado bars, and the friendly people we met throughout our time in the country.

Most of all, I missed the codfish. And I couldn’t help but think: there were at least 360 or so recipes I hadn’t even tried. A whole year, with a different preparation of cod, was the kind of culinary wish I never knew I wanted. 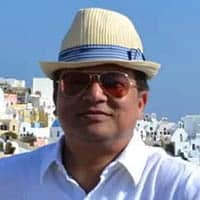 Soumitra Sarkar is a physician who is planning to hang up his stethoscope and travel full-time. He loves to
cook and entertain. He runs a food/cooking blog and YouTube channel at www.booeats.com when he has time. He lives in Long Beach, CA.