My husband Kent and I, both seniors, have done considerable land travel, but never the senior staple of a cruise.

Three thousand souls in one place was just not appealing. Then we came upon European River Cruises. Ah yes! There was only one downside I can think of…. breakfast service stops are 9 a.m.

Wait! Retirees don’t get up much before nine. Regardless, the walking tours began around 9:15. We were divided into three groups of about forty each. Comfortable shoes and clothes to match the season are a must. (It was unseasonably cold, so I had to buy gloves in Strasbourg).

Romance of the Rhine

Our cruise ship Grand Circle’s Romance of the Rhine and Mosel Cruise contained one hundred and twenty passengers with the average age of around sixty-five. One sprightly gal was eighty-nine. Cabins were for two and contained showers and windows. As a fellow passenger put it, “I don’t travel to see things, I travel to see things differently.”

Each morning a puzzle sheet appeared testing your knowledge of European capitals, etc.  Bridge games flourished alongside 1000-piece puzzles.   Military experiences and previous trips were topics of discussion. A library was available. The dress was always causal.

We had a safety exercise to show the crew we knew how to put on lifejackets. Walking difficulties you are likely to incur such as uneven surfaces and inclines. are described beforehand.

Walking tours took us through wine villages and towns like Riquewih>r, Scherwiller, and Bernkastel.  Each walk was at least a mile’s length at a leisurely pace. If desired, you could sit in the comfort of an easy chair and just watch the seascape go by. Or, if you wanted to leave a walking tour midway, that was fine.

Kent and I broke off to visit a beer stube in Speyer. As our director Rebecca pointed out, don’t feel as though you have to indulge in everything. For these excursions, we were all given small red boxes (whisperers) attached to an ear piece to hang around our necks.

The captain told us 2018 had been the hottest summer in twenty-five years. You could see the river bottom in the many areas.  In Mainz, the Rhine was, in some spots, down to two feet. We had to spend two nights in the Mainz Hilton and rode the bus to daily activities. We disembarked the River Melody at Strasbourg and picked up the River Rhapsody in Bernkastel.

Both ships were exactly the same and owned by Grand Circle The only inconvenience was having to pack your bags and have them outside the door by 7:30 the next morning. To compensate, they gave us a free optional tour (Riquewihr) and a $200 refund.

Ah, the food. Shall we begin with a piece of chocolate on your pillow every night? The waiters bent over backward with efficiency, a very congenial staff. Nenad, a young lad from Serbia, asked me to teach him English with a Brooklyn accent. (as a former ESL teacher, I gladly accepted the challenge) He conquered the nasal tone and threw in a lot of ‘gonnas’ and ‘wannas.’

Ivan, in his chef’s hat, stood behind his omelet station ready to take your order.  The waiters, mostly from Eastern European countries, worked in finely tuned movements.  Wine and beer were free and desserts like “Bee Hieve” (honey parfait baked in merengue surrounded with raspberry couis) popped up at every meal.

Food on Board the Ship

There were the main course delicacies, such as Sole Meuniere, Bachforelle Mullerin Art (pan-fried trout) and Volendammer (Dutch grilled chicken breast).  Combined with desserts, appetizers and soup, they formed one part of our four-course lunches and dinners.  Just prior to dinner the captain gave a fifteen- minute Port Talk in the lounge detailing what we were going to do the following day,

The staff celebrated four birthdays on our fifteen- day sojourn. They boisterously marched through the dining room with sparklers and song. Anniversaries were marked with bottles of champagne.

German classes, cooking demonstrations, and talent shows were all presented by the staff as after-dinner events.  Several speakers were on board to update us on current European events such as immigration.

Kent and I chose one of the optional tours…Luxembourg and the American World War II Cemetery. General Patton is buried there in a very simple grave. As our guide remarked, Patton felt it imperative to be with his men, even in death. Surprisingly, a German WWII cemetery is located just a mile away.

We went through several locks…something I had never experienced before.  The purpose of the locks and dams is to create a series of steps which river tugs and other boats either climb or descend as they travel upstream or downstream.

Rocks in the water can hinder depth.  For example, we docked at Remagen, not Bonn as the water was too low.

As we boarded the buses to take us to the Brussels airport and home, we could only think…well done!

Hmm. I see there are river cruises from Paris to Normandy. A distinct possibility.

Find out more about Grand Circle Cruises on the Rhine 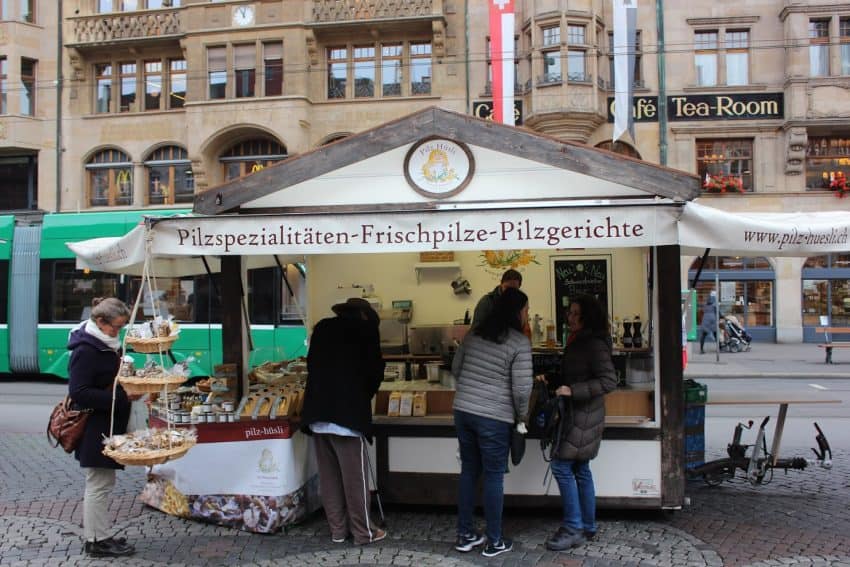 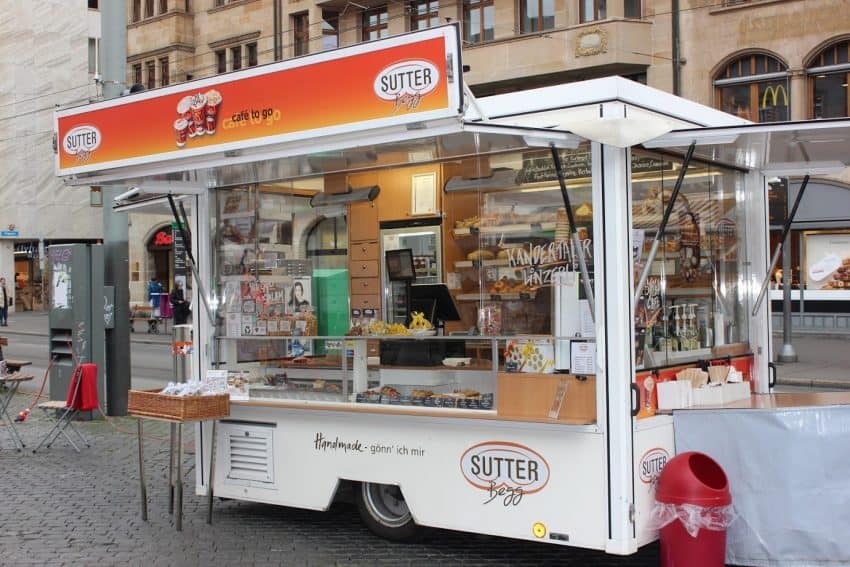 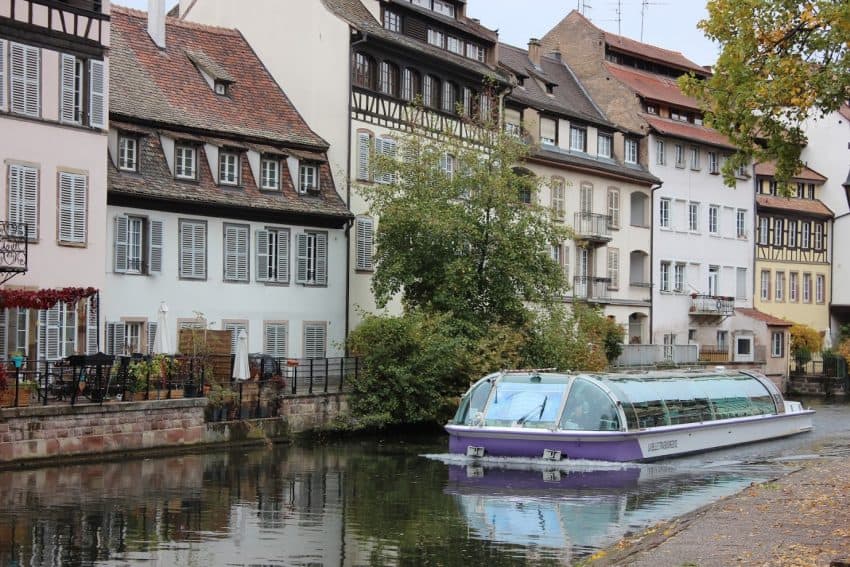 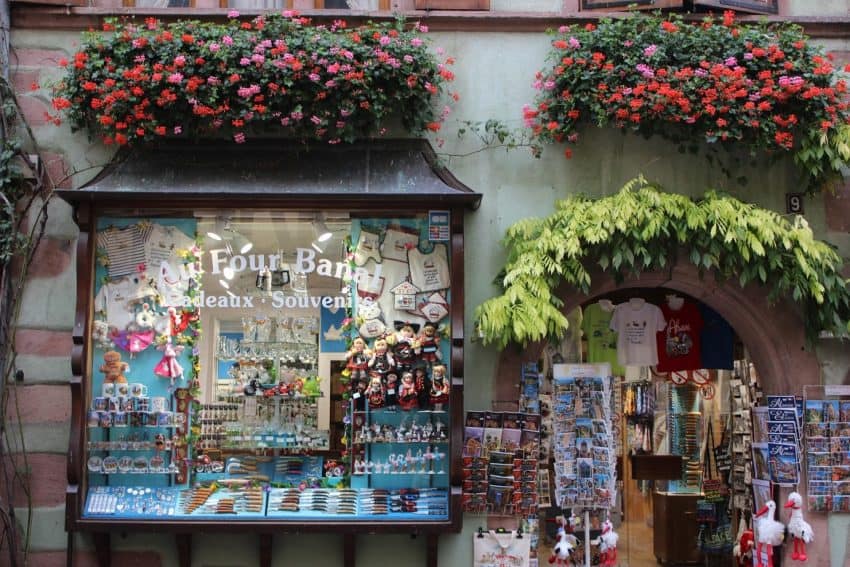 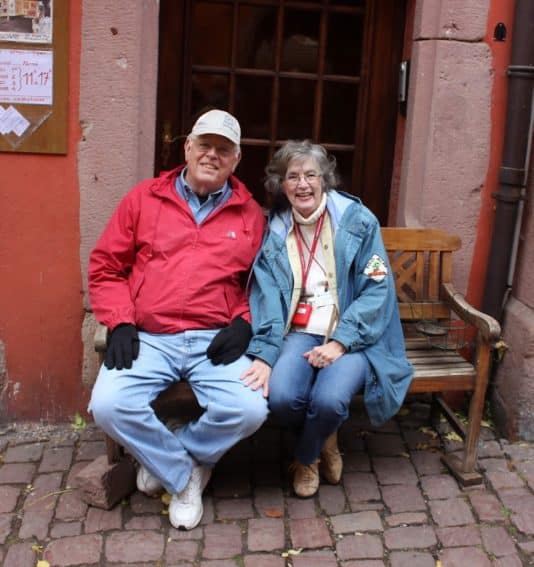 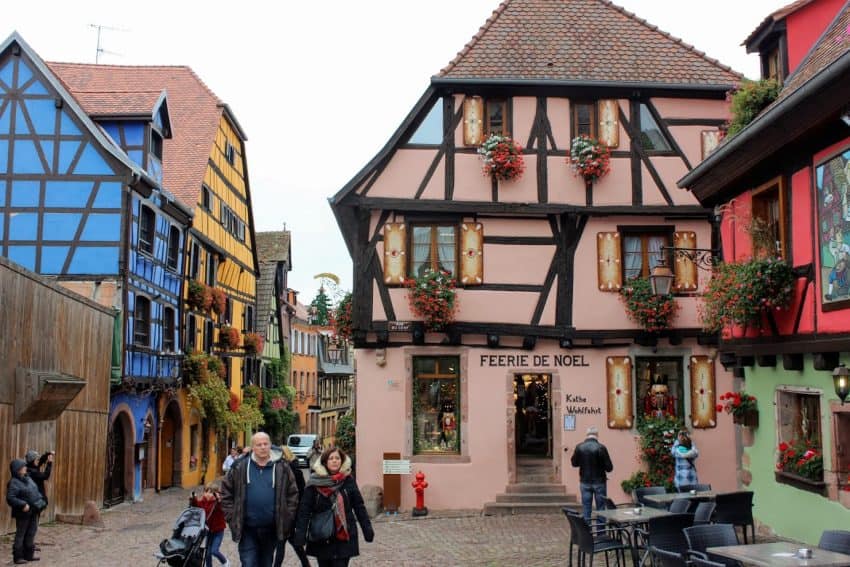 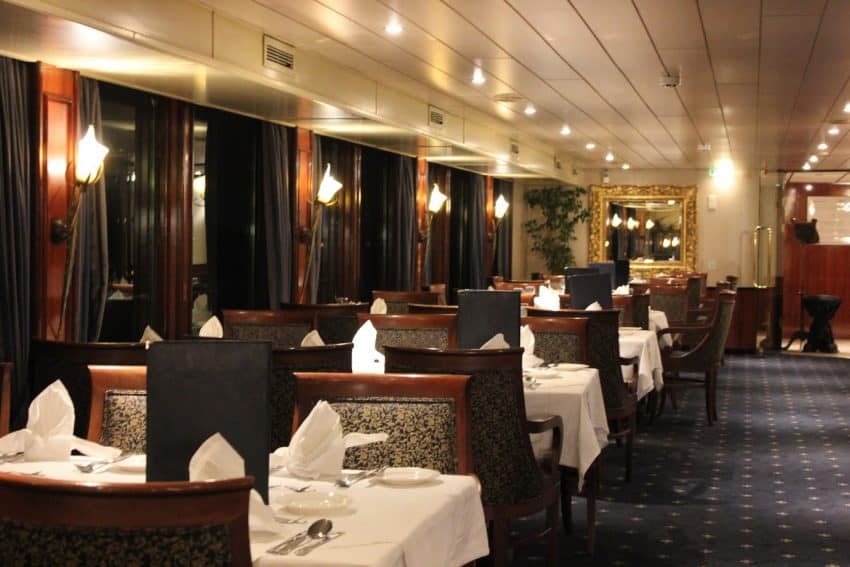 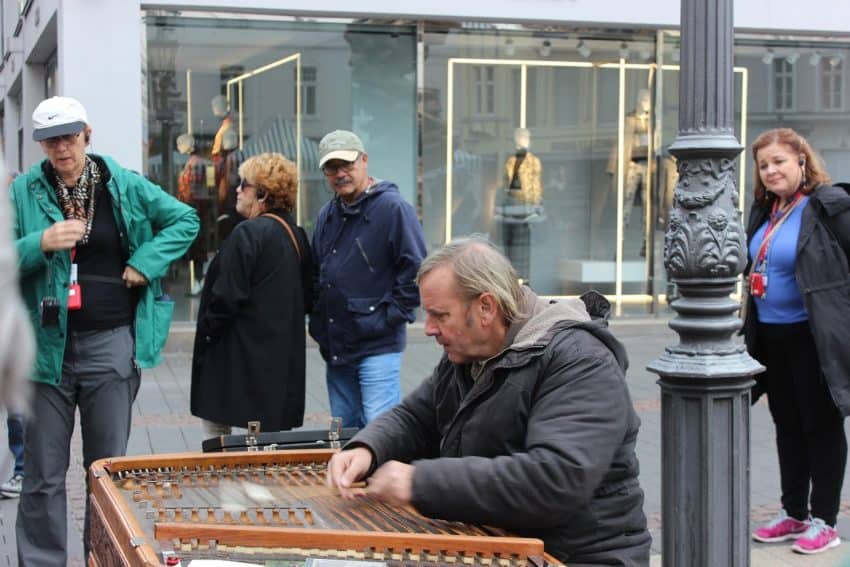 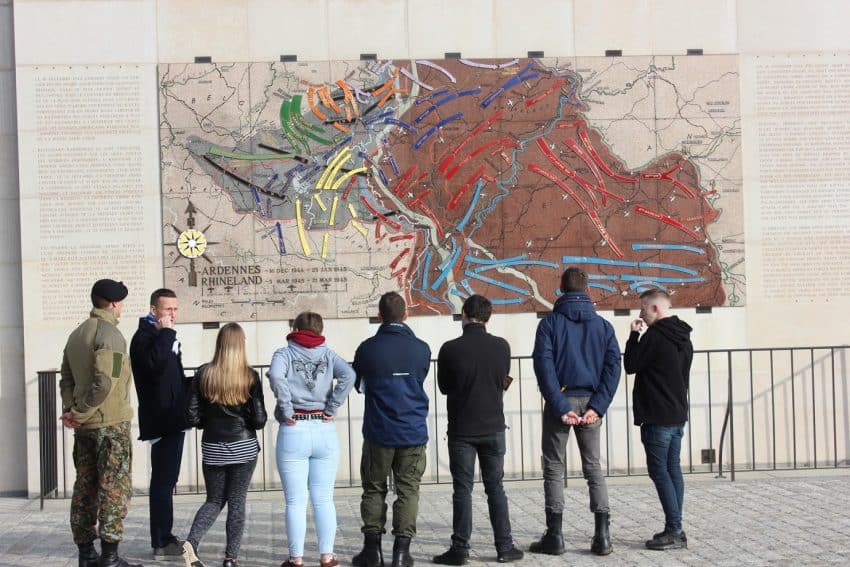