A Taste of Life at Sea: Sailing Burma’s Myeik Archipelago

I sat in my perch on the end of one of Simile’s hulls, dangling my feet above the ocean, no longer the aquamarine shallows surrounding the forested islands we’d explored, nor the opaque navy we’d sailed across, those spare occasions when the seafloor was no longer visible.

Our escape into the remote paradise of Burma’s Myeik (Mergui) Archipelago – over 800 islands scattered across the Andaman Sea, off the country’s southwestern coast — was over before the mainland returned within sight.

The water below my feet was no longer clean and clear, but dingy as if the entire ocean had become a painting child’s rinsing cup — the myriad colors from her paintbrushes birthing a new non-color.

A piece of trash bobbed by, assumedly floating from the squid boats we’d anchored near the night before.

I noted the water’s change to our South African skipper, Mike Forbes, who sat at one of his usual posts on the edge of his bedroom’s open hatch, his feet hanging above his bed a few feet below. His arm, lean and muscular, guided the tiller behind him.

I’d rarely ventured a solo chat with our Skipper, though we’d been sailing together for seven days.

Mike and his crew — made up of our cook Marie Watson who is his girlfriend, and two Burmese young men, one of which was our cultural guide — had sailed while my husband Tom and I chatted, and lounged on bean bag chairs, watching the furtive islands sprout, like newborn mountains, around us as we sailed by.

Our Skipper always seemed sucked into his own zone, minding the tiller until we reached our next island destination. Even as the rest of us slept soundly in our small beds below deck, Mike woke at odd hours to ensure all was still well.

The luminescence was amazing last night, he’d report in the morning with a flash of excitement in his eyes, an icy blue that only seemed brighter set in his sun-drenched skin.

No Shortage of Stories

I suspected Mike had no shortage of stories, having spent most of his adult life working on the water, but he reminded me of my older brother in the way that he reserved words. We knew that when he spoke we should listen, that we’d be rewarded with a tale made all the more intriguing by his 007esque voice, with a South African flavor.

Mike nodded in response to my observation about the water’s shift in hue. It wasn’t just the water that was changing, he said. We all were – preparing ourselves to return to the noise, the congestion, the debris that is our everyday reality.

The remoteness I already missed IS what makes this trip so unique, he added. The opportunity to enter an almost untouched part of the world. An opportunity that is rapidly fading.

The Rocks of Swinton

A few weeks back, Simile pulled around the rocks of Swinton, their favorite island, to find a massive yacht. Soon the serenity they were looking forward to was interrupted by the whir and water slapping of a child being raucously pulled around on an inner tube.

A sound that may be heard more often, along with the jet skis, banana boats, and other forms of entertainment offered by beachfront resorts, many of which are already in the works as islands are purchased by investors and tycoons.

That is if their plans are approved, which they were in 2019.

Still, one can only hope that hoteliers’ visions for the future allow easier access to the areas’ wonders, but blend into the natural landscape that first attracted their attention rather than disrupting it, just as the Moken tribes – nomadic “sea gypsies” – who’ve roamed the islands for generations. Yet another natural wonder threatened as the islands are snapped up.

Besides sharing a few coves with the Moken – whose children swiftly glided across the water, rowing hand-carved wooden boats with as much ease as they frolicked barefoot through the jungles ashore — and local fisherman, we’d anchored many nights utterly alone, save the stars twinkling above and the moonlight setting the nearby sandy shores aglow.

“Every day you’re surrounded by water,” Mike added. “No bad weather. No high seas. It has such a calming effect…you don’t see debris. You see purity.”

His comment reminded me of the prediction he made as he finished his welcome aboard speech: This trip will change you, he’d said.

Over the course of the week, I never felt rocked by a sudden epiphany, more of a deep sense of peace taking root. An inner stillness that made more sense when he spoke again about the uniqueness of our temporary seclusion: long days “spent only with the folks on board. No one else. Once you get beyond getting comfortable with them, you can get comfortable with yourself.”

A knowing comment, realized after months of seeing — week after week — his passengers experiencing this shift. One that both he and Marie had also tasted.

“It’s changed me for sure,” Mike said. “I’m a lot more patient than I used to be. Probably a little more social. My friends were fish. Now humans seem more friendly.” He grinned my way, then looked again at the sea ahead.

Marie noted a similar change not in others but herself. “I’m more sociable than I thought I was. I used to think I was an anti-social bitch,” she said, followed by her raspy English chuckle. Hard to imagine of the one who spent her time away from her steamy dungeon below deck teaching us how to paddleboard.


While our Skipper and cook became more social, the rest of us became less so, in the way of posting photos and liking each other’s posts — the new social. Disconnected from the world not just by location but also by lack of internet connection, we had time to truly engage with each other.

A fellow passenger, Vhari Forsyth, brought her iPhone to take photos and connect with wifi when she could, which was never. She noted that she hadn’t gone without her phone for this long in years.

There were withdrawals, for sure. The gnawing sense that you’re missing something or worse missing out on something. This feeling quickly subsided as the days passed, each offering a new island to meet, each with its own charms we’d fondly remember forever.

Skipping rocks with Moken children on island 115, followed by a short jungle trek that led to a beach where our toes delightfully sank into sand so fine each of us slowed our steps to enjoy their luxurious lightness.

Kayaking along island coasts in search of monkeys playing in trees that clung tenaciously to the cliffs; snorkeling above coral gardens in search of sea turtles and rays; collecting wood for a beach bonfire on Swinton and a feast of freshly-speared fish; trekking through the jungle on Macleod Island.

We hiked up a trail so steep we relied on ropes to hoist ourselves up one at a time to reach the top, where, chests heaving, we breathed in the view of the pristine beach below, sandwiched between the aquamarine cove and rustling thicket of green we’d just climbed through. Paradise uninterrupted.

Connection to the outside world was not the only thing we left behind. Knowing Intrepid is an adventure travel company, we were not surprised to find missing creature comforts like warm showers and even flushing toilets.

Saving Water on Board

Mind you, there was a shower, but we were encouraged to save our water supply by a quick soap-up on the back deck after a swim, followed by a spray-down from the freshwater hose.

And there were toilets, with waste buckets nearby for used toilet paper and hand pumps for flushing. By the end of the week, our skin felt thick and tight from layers of salt and sunscreen, but our disheveled hair still fell short of Mike’s hard-earned dreads.

After tackling life at sea for over a year, Marie found more than her inner social butterfly. She realized that she is much stronger than she thought she was. One of the many perks we all noticed while going without.

We left our hatches open at night to invite the sea breezes into our bunks below deck, from where I would gaze up at the stars as Simile rocked us to sleep. Almost every night nature’s call woke me up. When I could bear it no longer, I forced my groggy body up our ladder, then tiptoed across the dark, slippery deck, then down another ladder into the galley toilet, where I had to pump away my deed when done.

The small room was barely lit by the moon shining in through the slightly opened hatch.

As the water sloshed down the toilet, it sparkled. Not believing my sleepy eyes, I pumped faster, rewarded each pump by a swirl of luminescence. Now that is something I’d never seen in a toilet back home!

Without stopping our conversation, Mike continued another – communicating with his crew through quick signals, whistles, and gestures to take down the sails as the engine came on, a sound that would join the orchestra of puttering rudders of longboats carrying tourists from Kawthaung, Myanmar, to Ranong, Thailand, and vice versa.

Soon our short stint of life at sea would end. To be honest, part of me was ready for land. This felt crazy to think as we rejoined the raucous. But, I learned, it’s more than the seclusion and beauty that keeps Mike going week after week.

“I can almost slow down time on the ocean,” he revealed. “For some reason, experiences last a little bit longer.”

There it was: besides finding a way to work and live in a secret paradise, our Skipper had also found his personal fountain of youth. Exploring the wonders of this fading remoteness is just another chapter in this seafarer’s life, but an adventure of a lifetime for those of us lucky enough to temporarily join the crew.

You’ve really lived so many lives in one, I said, as I got up to make sure my bags were packed and ready.

“When you’re involved with the ocean, it’s bound to happen,” he said. “It’s a challenging lifestyle. You either love what you’re doing or you’re running away from something…We love what we do.”

The organized tour required: Fickle governmental rules and restrictions make exploring Myanmar’s secluded islands almost impossible for foreigners to do on their own.

Be aware that you will be charged a $20 per day fee for entering the Mergui Archipelago Park. For more information, including the trip itinerary and availability, visit, Intrepid Travel. 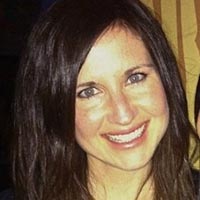