The crewman on the sailing catamaran Megladon II in Gansbaai Bay outside of Dyers Island in South Africa started yelling, and the urgency in their voices broke the calm on the boat.

Suddenly, the dozens of tourists like me were rushing to the edge of the boat, peering into the wildly choppy water, straining to catch a glimpse of one of nature’s most ferocious predators.’

“Get in the cage! Go down,” one of the crew members shouted at me.

In my borrowed wetsuit, I slid quickly into the shark cage hanging from the side of the boat.

The water hit me like a fist of ice, and the frigidness of the Atlantic Ocean stole my breath.

“Go under! Go under!” the crewman yelled as a 10-foot dark shadow skimmed around the shark cage, chasing the lure of tuna heads.

I couldn’t breathe. The temperature of the water was brutally arctic, and as the cage flopped and shook in the rough waters, I gasped as my lungs and diaphragm froze in shock.

Finally, my body relaxed just enough for me to grasp one tiny breath. I dropped my head below the water just as the grayish side of the male great white shark swam across my vision.

With no breathing equipment, I had to pop my head back up, suck in a desperate breath and fight for balance in the cage and the choppy bay water.

Again, I gulped the air and dropped below the water, coming face to face with the great white. For a second, all I saw was the open mouth grin and the rounded milk bottle snout. At the last moment, it veered right and circled back again. I could have reached out to touch it if I wanted to risk losing a finger.

After 20 days of exploring South Africa, I encountered thunderous elephants, lions, an angry hippopotamus, more wildlife than I could count, but being face to face with the great white shark topped my experience in this untamed continent.

“Great white sharks are the most misunderstood animals in the world,” said Wiehann Myburgh, the Megladon II’s shark divemaster. “But everyone who takes these tours comes out with an appreciation for them.”

On the other hand, this huge tourism draw has its detractors – those who claim that chumming the water with a mix of seawater, fish guts, and blood is causing unknown consequences to the local environment and those who say the practice of luring in sharks puts swimmers and surfers at greater risk.

Despite the opinions, where else can you come face to face with a great white shark while not risking your life?

Wiehann Myburgh, the divemaster for Shark Ventures, is a bit of a swashbuckler and fits the role of a guide perfectly. Established in 1991, when cage diving was unknown at Dyer Island, White Shark Ventures became one of the first companies to offer shark viewing and diving tours.

“I have been involved with sharks for 16 years,” Myburgh said. “I grew up next to the ocean and always had a keen interest in marine life. Never planned on making it a career, but I’ve never been sad I did.”

According to Marine and Coastal Management, the watchdog association over the industry, the people working hands-on with the fish are called “Shark Handlers.”

These handlers picked me up at daybreak at my backpacker’s lodge in Cape Town at daybreak to bring me to Dyer Island for the adventure.

Along the way, we picked up a lady from Germany who was tagging along in an attempt to face her fear of great white sharks.

For well over an hour, we waited for the sharks to arrive. “Shark Alley” is a unique place off the coast of Gansbaai where seals congregate.   Shark Alley has one of the highest concentrations of great white sharks in the world, which makes it a popular place for the shark diving industry.

“There are respected shark experts with different views and reasons on why sharks are found in certain areas,” Myburgh said.

“Sometimes it’s quite obviously food related, but sometimes it’s a mystery. Sharks could show up in five minutes or never. Typical waiting time is usually 30 minutes to an hour.”

For Myburgh, years of experience and observation of sharks have led him to believe that each has their own personality. Some are more inquisitive than others, while others are more cautious.

“Smaller baby sharks have the risk of being attacked by the bigger ones and generally keep their distance if bigger ones are around,” he said.

“For bigger sharks, it’s a question of energy spent compared to energy received. Smaller sharks will predominantly feed on fish and other sharks, but as they get older, mammals will become a bigger part of their diet.”’

The average size of the sharks responding to the chum is 7 to 12 feet. Occasionally, the operators see sharks between 13 to 17 feet, and sharks bigger than 17 foot are rarely seen.

Our shark was a 10-foot male. Chasing the tuna head bait, it circled the boat over and over, even leaping out of the water with a mouth full of razor teeth yawning open.

At one point, the shark banged into the cage hanging over the side of the boat, causing a small rush of adrenalin-fueled panic.

After all, great white sharks are among the most feared animals in the ocean, thanks to popular culture and media reports of attacks.

“Great whites are one of the biggest known predator sharks. Shark attacks from any species of shark are rare but generally vicious,” Myburgh said.

“Loss of limb and death is normally the outcome. Humans have a general fear of anything that might harm them, even if it is something tiny. Most of the fear has been magnified by movies.”

Humans Not in their Diet

However, great white sharks are the predator sharks least encountered by humans, even when most of them are found relatively close to shore. Humans are not part of their natural environment or diet.

“They would much rather avoid us than take on something they don’t know,” Myburgh said. “In their habitat, something the size of a human is already too big to hunt.

They will much rather spend less energy hunting something small that is easy to kill, easy to consume and easy to digest, rather than spending lots of energy on something big that may injure them in the process.”

Besides the lure of adventure, shark diving provides indirect economic benefits to the local economy. Tourists visiting Gansbaai to view great white sharks make up 50 percent of local business sales, according to SharkSavers, an extension of the organization Wild Aid.

In addition, according to a 2014 study from the University of Cape Town’s Environmental Policy Research Unit, shark tourism brings about $3,663,556 U.S. dollars into the economy of Gansbaai.

However, controversy does exist. Some organizations say that over-chumming is causing sharks to become dependent and has increased shark attacks.

By law, shark diving operators are only allowed 55 pounds of chum and bait per tour.

“We are not allowed to deliberately feed the sharks, but even if the shark does get hold of the bait, it doesn’t offer the shark any reward for the effort of chasing it,” Myburgh said. “The tuna heads have very little energy value. Most of the time, the shark will lose interest once it has taken the bait.”

None of the sharks encountered are residents of Gansbaai Bay area . Most are nomadic and don’t spend enough time in the area to start to associate the boats with food.

“The magnetic field created around the cage by the steel of the cage will prevent the shark from sensing the humans in the cage,” Myburgh said. “Therefore, the shark can never associate humans with food.”

Shark Ventures is a leader in shark and marine conservation. Managing Director Mariette Hopley is acknowledged worldwide as an international wildlife facilitator and rehabilitator. She was also the founder of the Great White Shark Protection Foundation, a non-profitable organization where she served as chair.

Recent viral videos of sharks breaching cages during dives around the world have also raised concerns, though Myburgh said the industry has the strictest safety standards for both humans and sharks.

“All our cages are built according to specifications from Marine and Coastal Management. The cages are inspected by marine engineers who check that they are strong enough to be used in the ocean and can withstand any bumps from sharks or the boat,” he said.

“No openings around the cage may be big enough for any part of the shark to enter the cage. Our cage is the only cage in the industry that has round corners and edges to prevent injury to sharks should they bump into the cage.”

Besides the rush of being mere feet away from a great white, I never felt scared. Even the German lady with the shark phobia said she was thrilled with the experience.

“Over 16 years, there have been many memorable tours,” Myburgh said. “I had tours with sharks hunting seals, tours with interesting people, tours with animals that are rarely seen and times when the ocean became very bad very quickly. All of this makes what I do one of the best jobs in the world.” 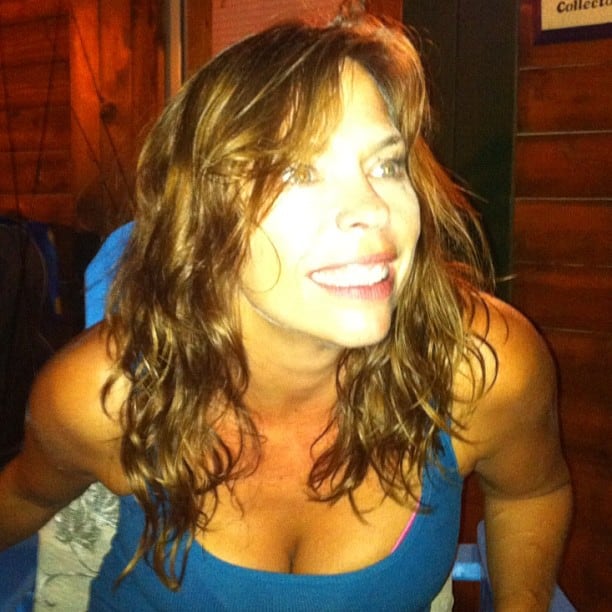 is an award-winning journalist and editor with more than 18 years of experience in publishing before starting her own freelance writing company in October 2012. She has been published in Forbes, Silicon66, Bloomberg News, The Guardian UK, The Wall Street Journal, The Washington Post, TrailGroove Magazine, Destinations Travel Magazine, New York Daily News and the New York Times. She is also the Oklahoma correspondent for Reuters News Service.

Besides freelancing full-time, Heide is an avid traveler, medieval warrior, hiker, a professional bellydancer and Bellydance instructor and kind of a quirky chick who lives in Oklahoma City.