A Non-Cruiser Boards a Small Ship

I love the warm weather, blue seas, local aged rum and beautiful beaches of the Caribbean. I have been to my fair share of pretty little islands and enjoyed the five-star hotels sitting on their perfect sandy beaches for the usual stress-free week away.

Sometimes a week in one place can get me a little restless.  Because of this I decided to not sit on one beach for a week, but go to beach hopping.  It also meant trying a Caribbean cruise on a small ship.

The Caribbean cruise idea came to me in an email Silversea sent their Venetian club members offering a special discount on their 298 passenger all-inclusive Silversea Wind going from Barbados to San Juan. This was nine islands in ten days with no sea days which I liked.  Rather than spend the usual week at a beach resort, we would now take the resort to a different beach.

To preface, I am not what you call the typical cruiser as I don’t like large ships calling on normal places one can fly to.  All of my cruising experience has been with Silversea on their expedition ships.

These small adventure ships took me to very remote regions of the world to experience things most people only see on nature shows.  (You can read about these voyages clicking here. )

A few things attracted me to this cruise. One was Wind’s size. The thought of cruising the Caribbean with 3000 to 5000 of my new best friends on an 1100 foot ship never appealed to me.

Trying a cruise with 298 aboard a ship half that size seemed better. The first advantage being small was taking only took five minutes to check-in and get escorted to our suite.

Onboard there never ques to get a drink, catch a tender, wait for a table or have to get up early for a poolside lounge chair.   A big attraction on this voyage was calling on three islands that were too small for the large ships to visit. This meant no hordes of cruisers creating congestion at a port and nearby beaches.

While there were plenty of excursions to choose from but we were on our own “DBDD” plan. That is “different beach, different day”. The trick to getting the most of our day was advanced research on the islands by Googling the top 10 beaches for each stop.

I also looked on the map to see where the beaches were in relationship to our anchorage or dock and if there were possibly more than one beach worth floating around in.

Being small had us call on three small islands. Bequia in the Grenadines is only seven square miles with the beautiful Princess Margaret Beach a 15-minute walk or 5-minute water taxi ride away from the tender dock. Considered a top beach by the Caribbean experts, it has soft sand and an ever so gentle surf with beach shacks that offer a shaded lounger for $8 and two local beers for $5. A more perfect day could not be had here.

Terre-de-Haut is an island I had never heard of. This two square mile island is part of Les Saintes which lies south of Guadalupe.

On this very French island, we rented an electric cart. This made it easy to float on two beaches before driving up the steep hill to tour the perfectly preserved Fort Napoleon and admire the view. To get a short video view of this pretty island and harbor click  here

Where both of the above islands were laid back and inexpensive, St. Barths is very high end. One guest said she smelled money and not sea air when we anchored. To avoid the expensive taxis on this 9.7 square mile island we had TopLoc car rental meet us at the tender dock.

For $55 we had the freedom to explore this very pretty and very hilly island. We enjoyed the views of nearby islands from some of its peaks and beaches.

Our first beach was St. Jean but learned where a lounger on other islands were free to $10, on St. Barths they are $50 and most are reserved in the morning. With it being a hot day we spent our time floating around on noodles so the lounge chairs were not missed. We also liked watching the small planes that dive-bombing the beach to get to the runway.

On a splurge, we went to Nikki’s Beach for their high energy lunch party atmosphere. Here models paraded around, masseuses rubbed diner’s shoulders and necks while the wealthy were dropping $1000 for on three-liter bottles of rose.

The fun started when the sax player stood up on a family’s table as they were getting dessert and played away. This encouraged other diners to push their plates aside and dance on their tables.

For a fun 40 second video, click here.  We ended our St Barths day with the sun setting on Shell Beach near Gustavia that had a mix of islanders and tourists floating in the clear sea.

In Grenada, we took a taxi for $16 to BBC or Morne Rouge Beach passing on the larger more popular Grand Anse Beach a mile away. Here we floated in the warm gentle waters, read and napped on the free lounge chairs at the Gem Holiday Beach Resort where we enjoyed a delicious native style lunch.

In Antigua, The Wind anchored at English Bay instead of docking with the large ships in St Johns on the other side of the island.  This allowed us to beat the large ship tour buses with a 10-minute walk to the historic (and UNESCO sight) Nelson Dockyard.

We then walked to the nearby uncrowded Pigeon Point Beach and used the lounge chairs at Catherine’s Café. Truly a perfect 10 day.

In Phillipsburg, St. Martin to avoid the 15,000 people unloading off four large ships around us we rented a car from Rodael and drove away from the crowded town, the town beach and kept away from Orient Beach where many were going.

For the day we set up at the nearly empty Friar’s Beach and paid $5 for a lounger and umbrella at Friar’s Bay Beach Café.  Their béchamel covered Croque monsieur is the best this side of Paris.

We broke our DBDD routine on Martinique. Using shipboard credit we did a full-day catamaran excursion complete with wild jumping dolphins, creole lunch, good rum, swim and a self-tour of the ruins in the town of Saint Pierre.

Saint Pierre is where 28,000 perished within minutes due to a volcano erupting in 1902.

On Tortola, it was a 20-minute ride over the mountain to spend a peaceful half a day at Brewers Bay for a swim and snorkel rather than the busy Cane Bay nearby.

Why the Silversea Wind

We chose Silversea because we are members of their Venetian Club and staying with one cruise line accumulates points good for special discounts, free laundry and eventually free cruises.  Having been aboard Silversea expedition ships we knew the high level of food and service.

Onboard nearly everything is included. That meant gratuities, top-shelf liquor and good wine, shipboard credit along with a very attentive shared butler.  Our butler immediately met us and asked which designer bathroom amenities we wanted (Bulgari for me and Ortigia for Maureen).

We also told him what we liked to drink and left for lunch so he could unpack us. That evening a bottle of Champagne Kettle One and a seven-year Cuban rum appeared in our suite.

For the days at the beach our butler always had a bottle of water and rose along with an ice bag which we put in a cooler we brought on board.  The Wind had a gourmet French, Italian and continental restaurant that would rival the best of Paris, Tuscany or New York. Entertainment included six singers, a lecturer, and a small casino.

All the bartenders, maître d’s, department heads and most waiters knew our name by the second day, a feat I am still amazed by. The sommelier remembered my wife’s favorite wine from not seeing her several months earlier on an expedition ship.  Click www.silversea.com for information 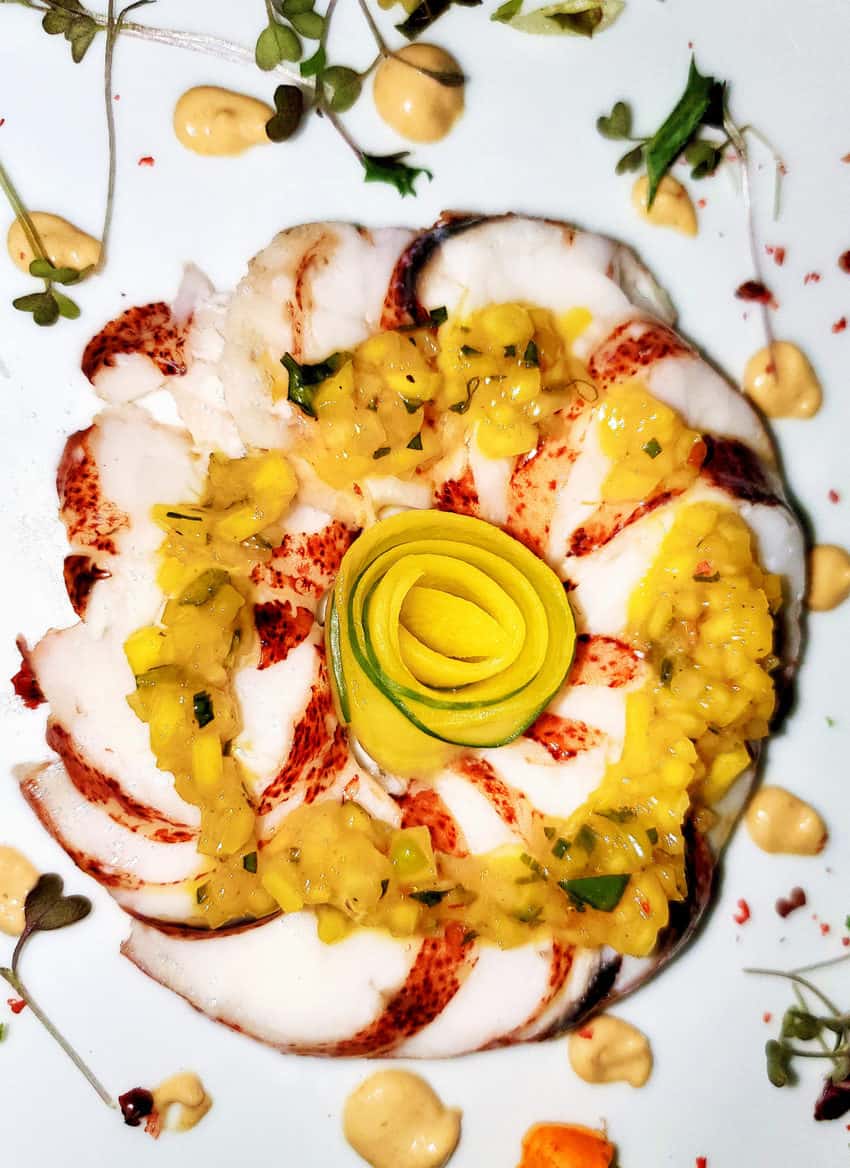 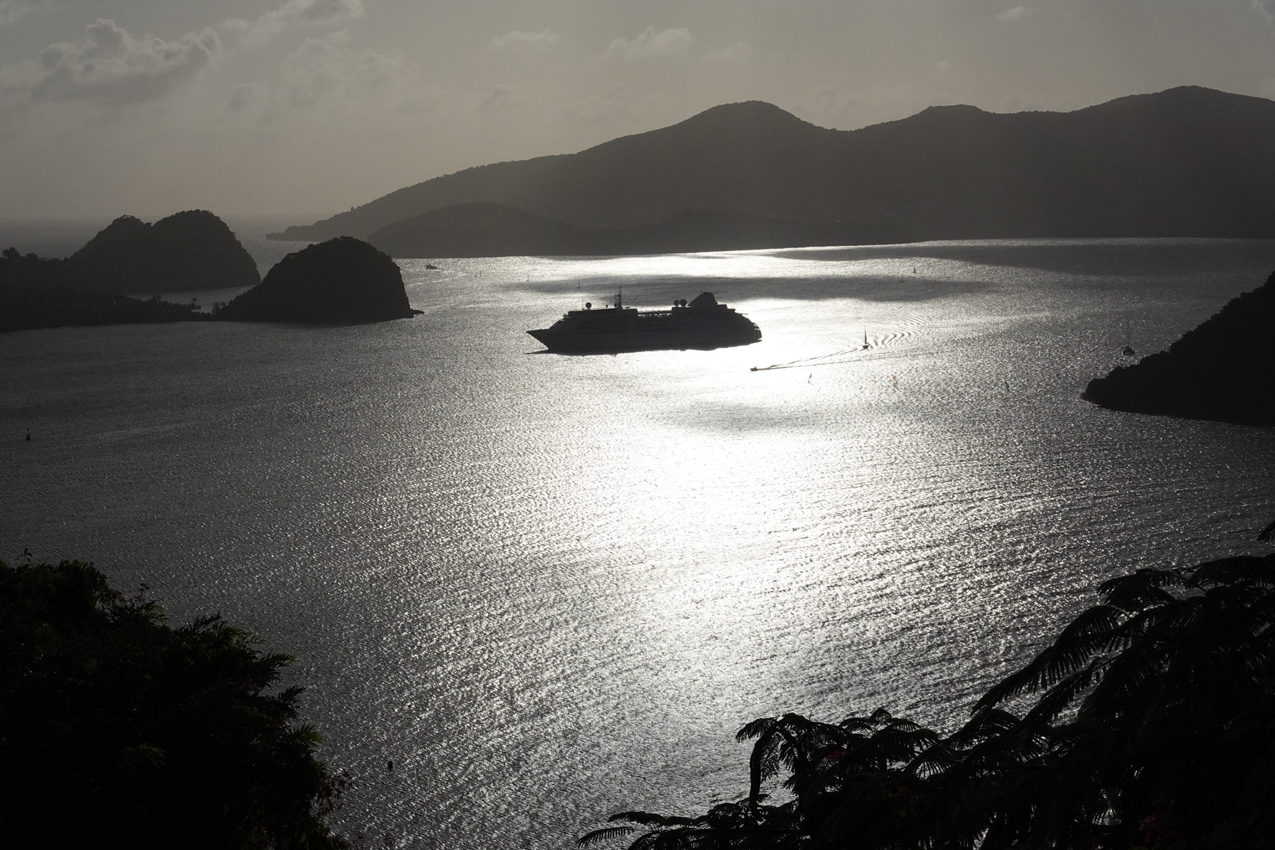 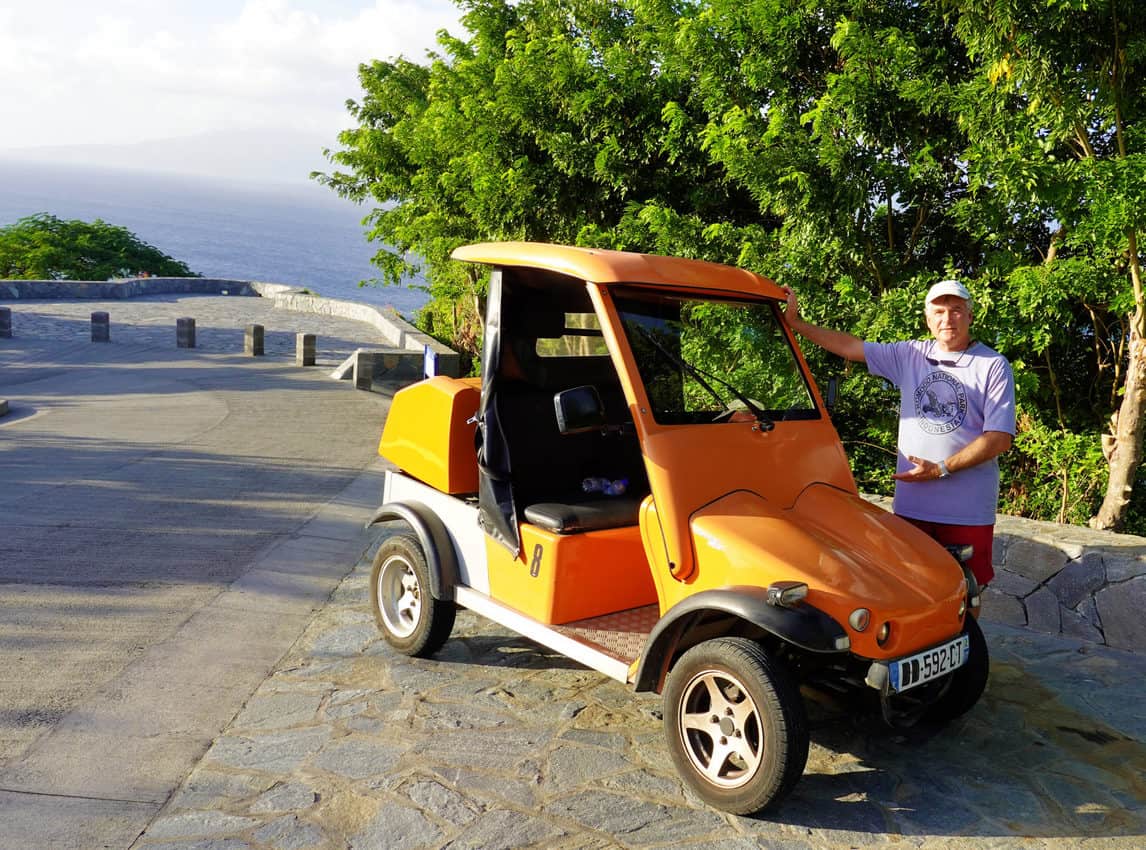 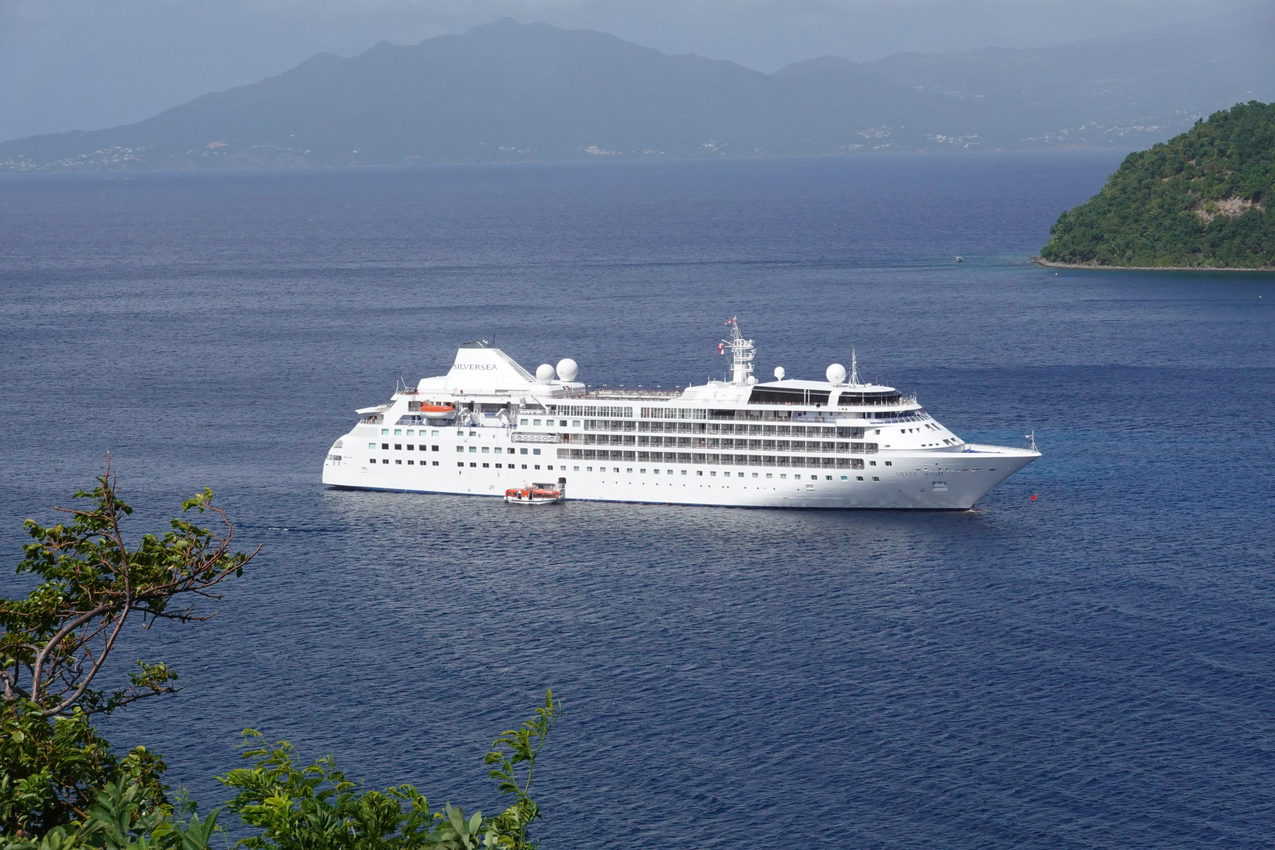 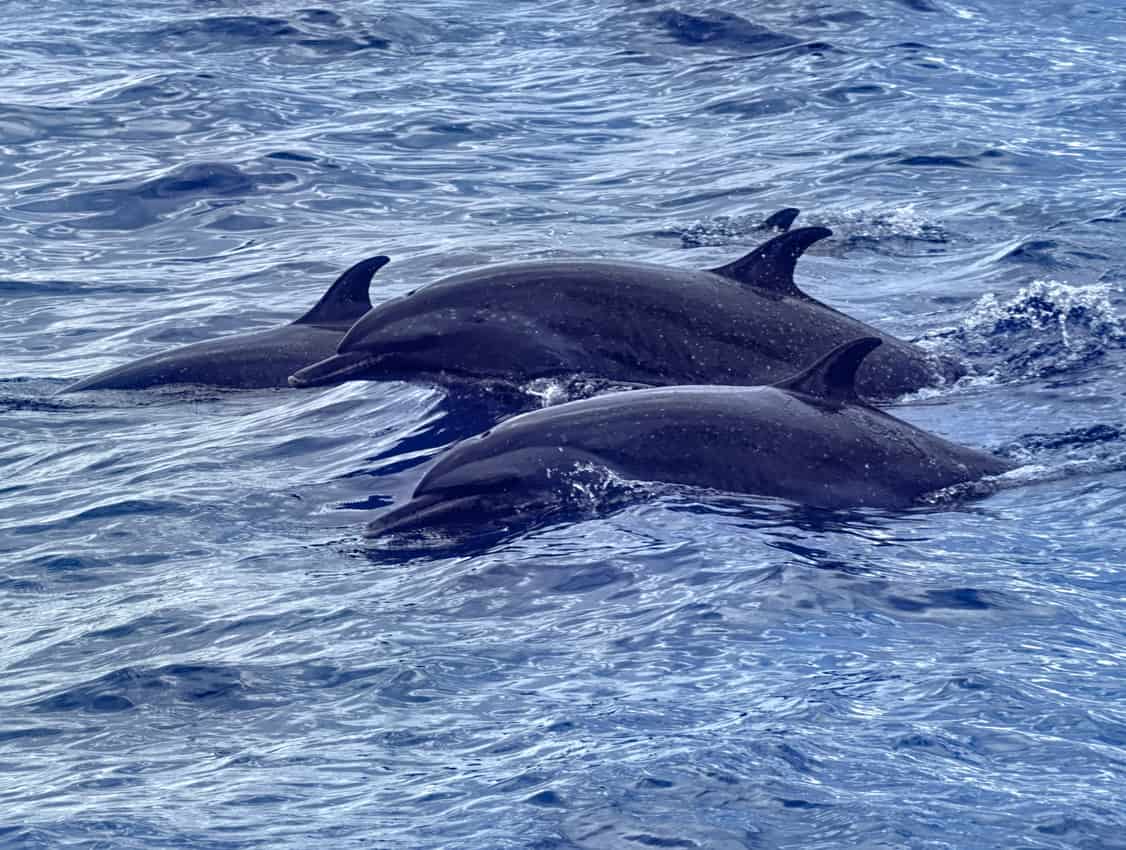 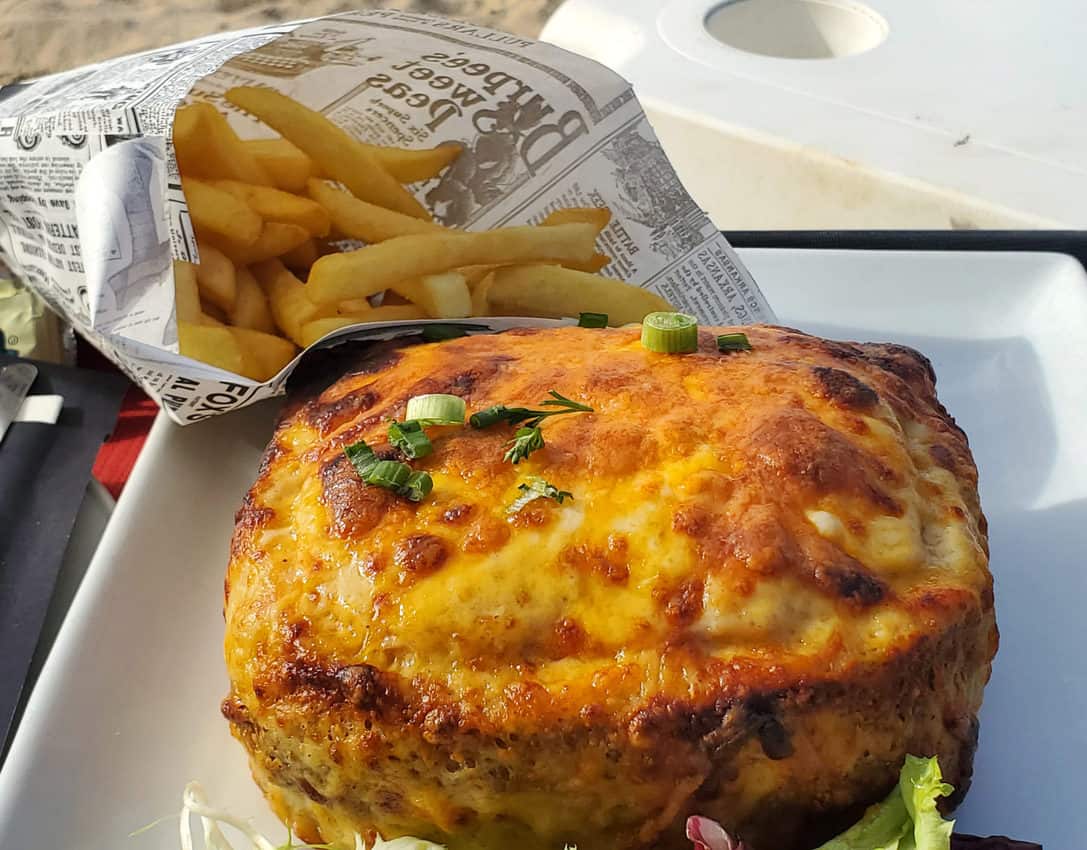 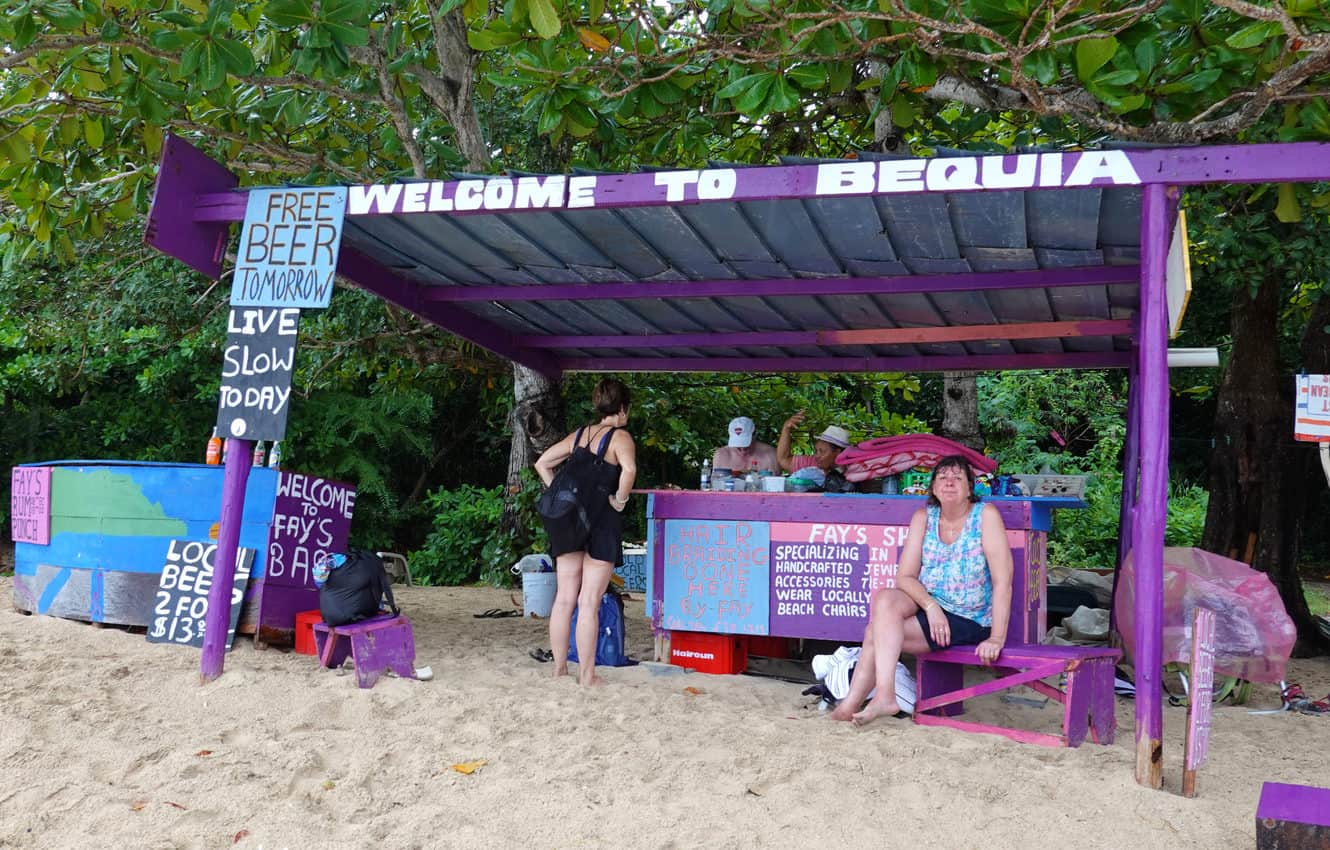 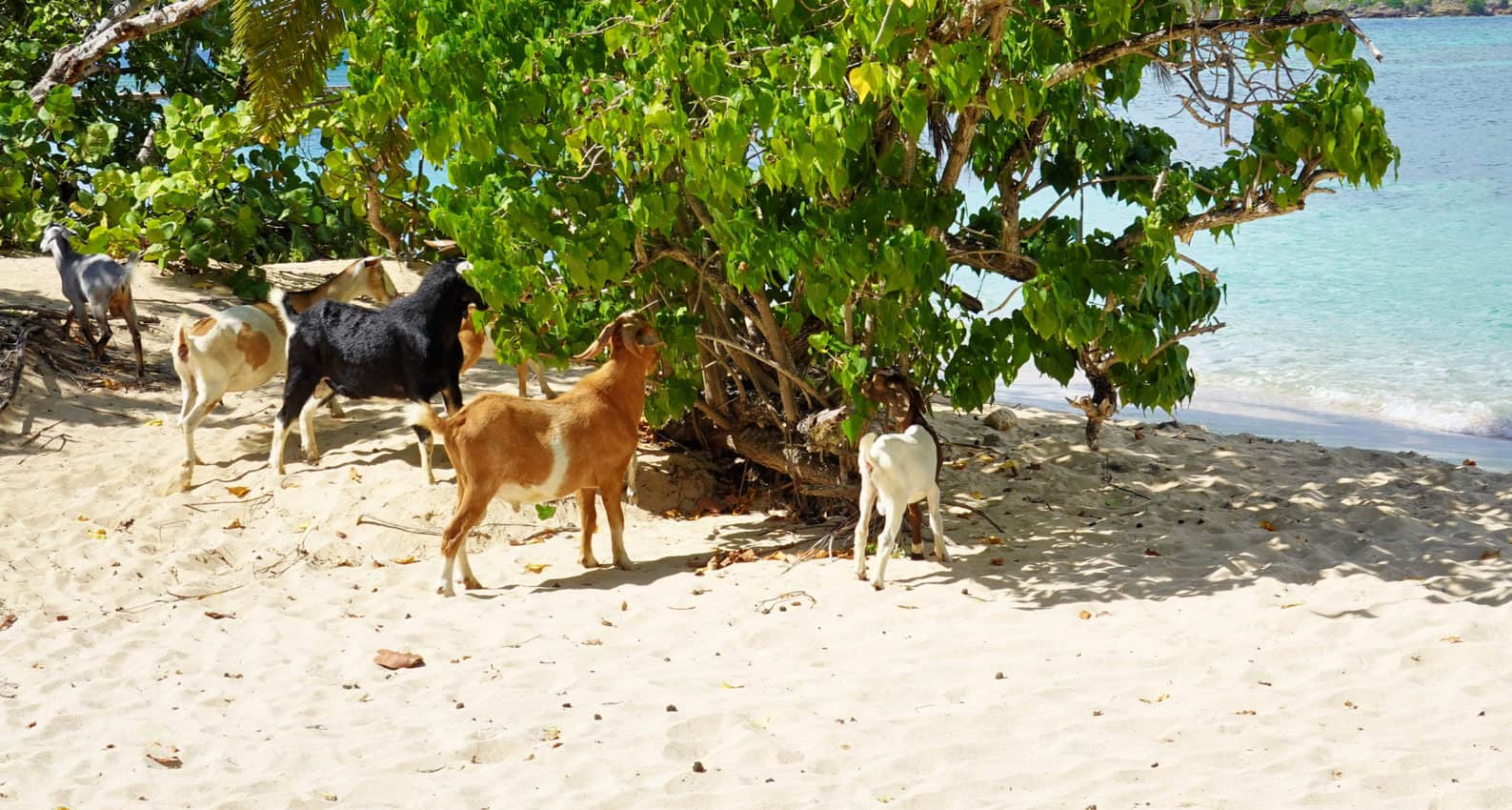 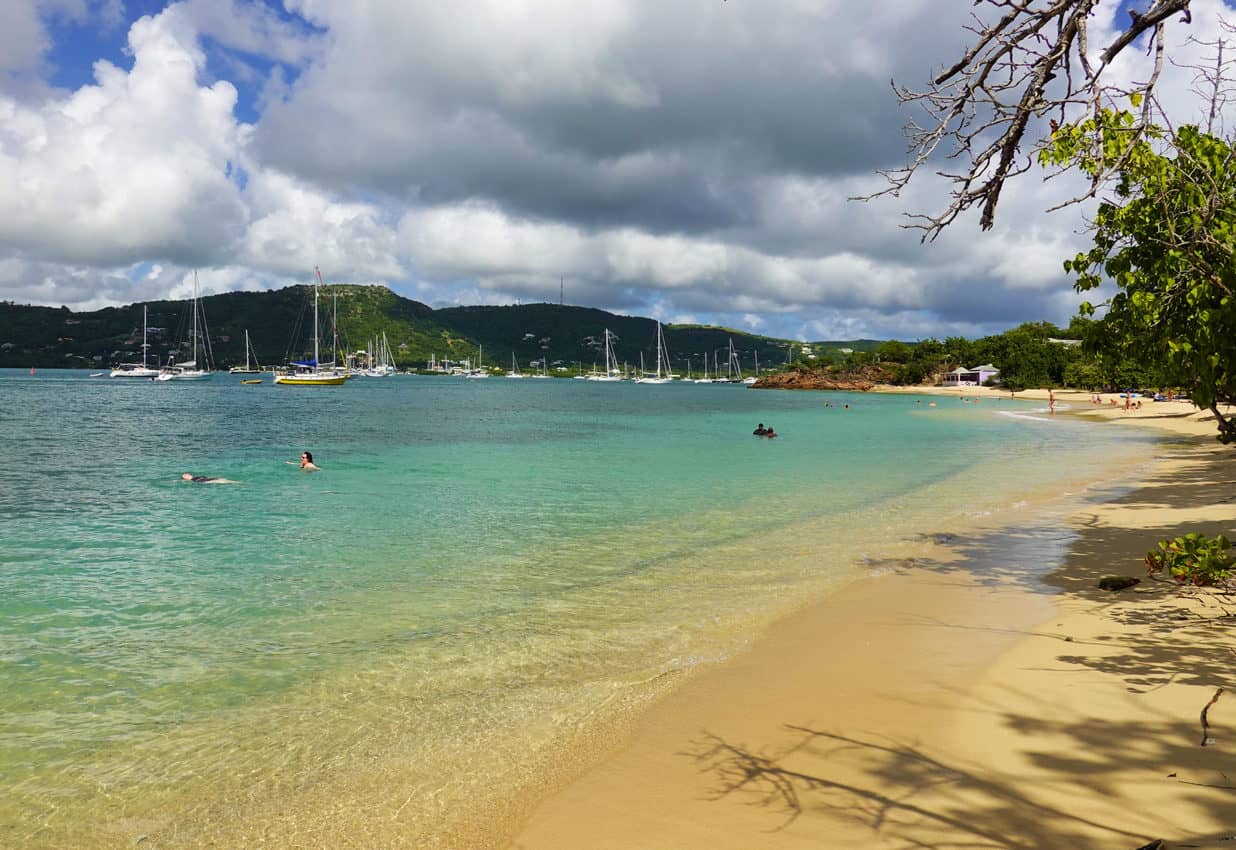 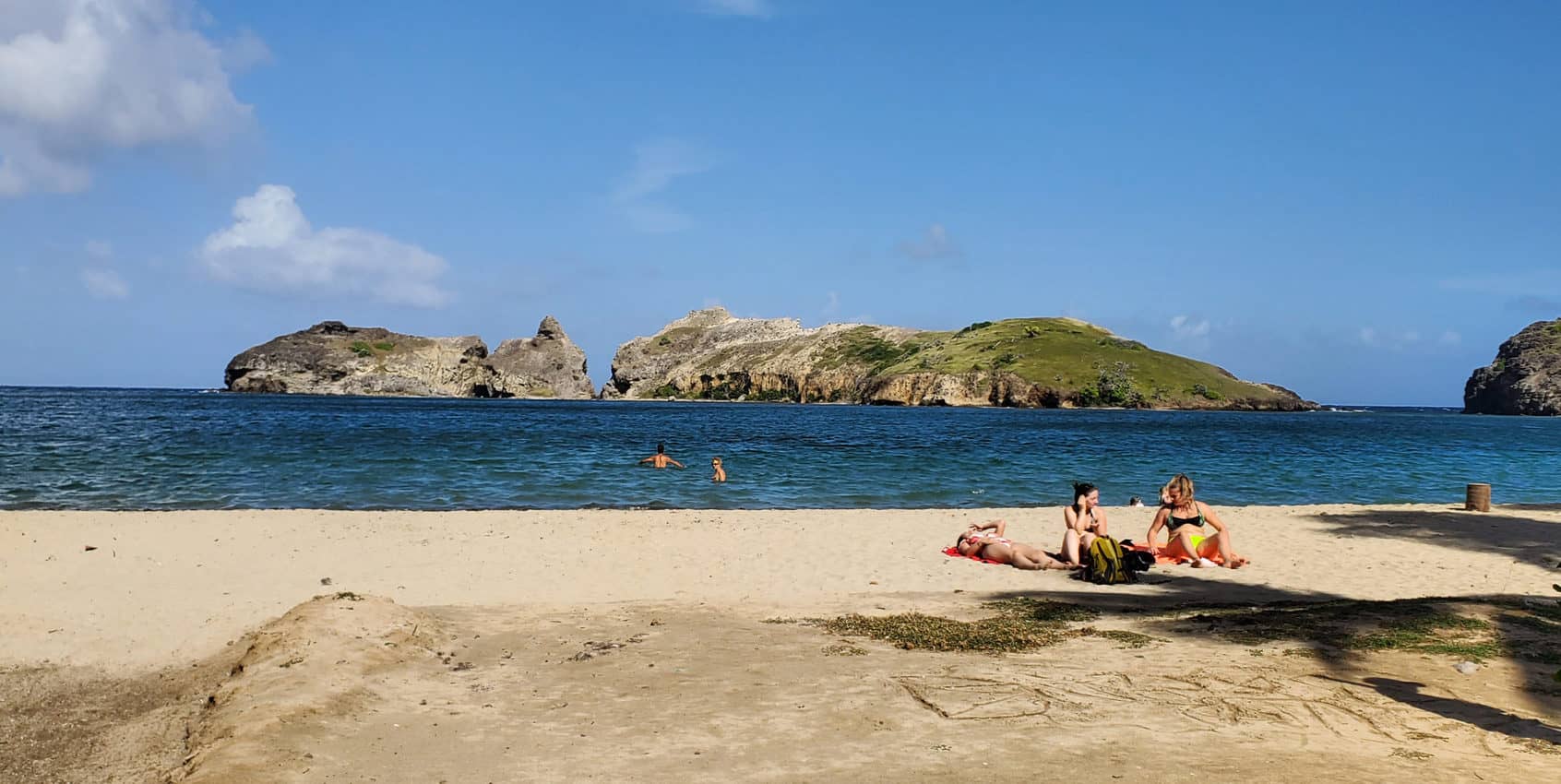 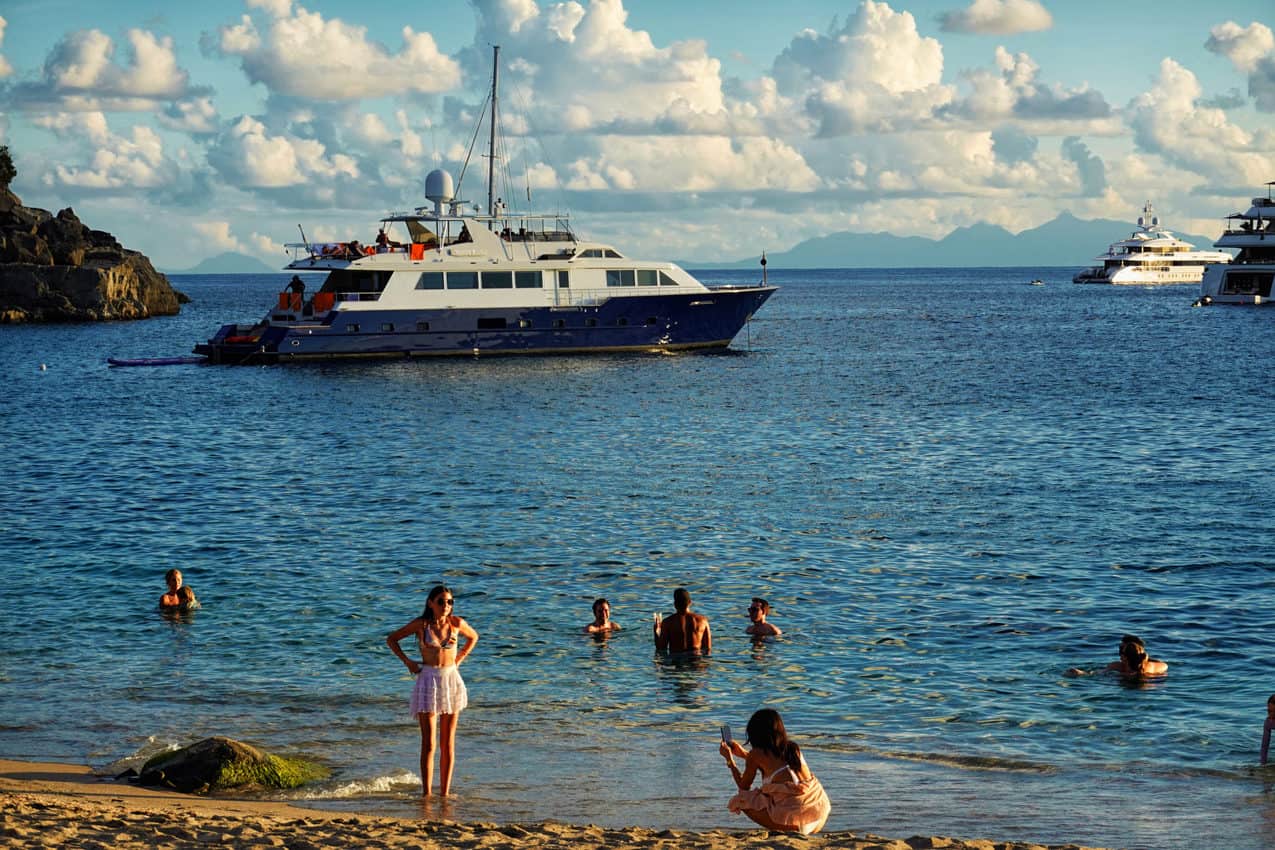