The Best Guide to River Cruising in Europe & the USA

In Berlitz River Cruising in Europe & the USA, you will explore one of the most civilized ways to see the very best of a region. River cruises have become an exciting way to travel in the comfort of a small vessel that is gliding through beautiful towns and spectacular scenery.

Because this is a relatively niche travel experience, deciding on which river cruise company to use, which kind of river ship, and where to go can be very daunting. This new edition fills you in on anything you would ever need to know about taking a cruise along the rivers and waterways of both Europe and the USA.

This edition was written by cruise expert Douglas Ward, and the guide gives you unbiased advice on the various types of river vessels and the different amenities they offer. River Cruising helps you make an informed choice, while also taking you on a journey along Europe’s rivers and waterways.

The guide describes important highlights along the journey of Europe’s waterways, the historic cities and the majestic scenery of the Danube, the castles near the Rhine, and many other details and locations.

This edition of River Cruising also includes a brand-new section on cruising the rivers in the USA. These range from the Mississippi to the Columbia and the Snake, with plenty of detailed information on steamboats and the unique qualities of American river cruising.

Also included are listings for more than 300 river vessels, which are impartially rated, so that you can easily compare ships.

An Excerpt from the Book: Introduction to River Cruising

“Rivers were here eons before roads were created and have always been vital to human settlement and survival. Among the many of Europe’s great cities that grew up on the banks of the river are London (Thames), Paris (Seine), Cologne (Rhine), Frankfurt (Main), Prague (Elbe/Vltava), Budapest (Danube), and Vienna (Danube).

Rivers have long been used as lifelines by which nations conduct commerce and organize the transportation of goods. They are used for drainage, irrigation, water supply, and the production of hydroelectric power.

But they are also sources of adventure and romance. Note that rivers are natural entities, and Mother Nature can be unpredictable. Variable conditions mean that nothing – such as the depth, the current, or flow of water – is guaranteed.

Part One: River cruising in Europe is all about visiting destinations and is very different from cruising aboard large ocean-going cruise ships, where passengers can number in the thousands, and embarking, disembarking, and security queues can be an exercise in frustration. The maximum number of passengers per river ship is around 200, so any visits are done in much smaller groups, or individually, and on a personal scale.

River cruising in Europe has grown dramatically in recent years. In 2005 there were just over 22,000 beds available; in 2017 there were more than 45,000 beds, reflecting the rise in demand.

River ships vary from the equivalent of a waterbus to what some think of as Eau couture. The hassles of ordinary travel are eliminated in one pleasant package, with someone else doing all the cooking and driving.

Don’t worry about motion sickness, either – it’s all smooth sailing. Budgeting is easy, too. Because you pay in advance, you know what you will spend on your holiday, without any hidden surprises.

It’s all low-key – there are no casinos, bingo, knobbly knees contests, or other potentially irritating parlor games (unlike on an ocean cruise), and any events that are organized tend to be geared towards culture.

And, when your river ship docks, you simply walk off. You never have to take a tender to go ashore, because most river ships dock close to the center of a destination.

The biggest difficulty is deciding which river cruise, and which brand, to choose. They do, of course, vary in terms of quality, food, and service, which is where this authoritative guide comes in.

Part Two: River cruising in the USA – which is a new section for this edition – takes place on the Mississippi River and its associated tributaries, and in the Pacific Northwest on the Columbia and Snake rivers.

This is all about discovering the ‘Americana’ of yesteryear aboard the flat-bottomed steamboats that thrived in the era of that celebrated riverlorian Mark Twain.

Are Rivers Called He or She?

“This depends on their behavior. The Rhone, for example, is almost always called he because it can be turbulent, bothersome, and rough at times, whereas the Saone is a gentler kind of river – more beautiful and tranquil – and is referred to as she, as is the ‘beautiful’ Blue Danube (although Napolean described it as the ‘king of the rivers of Europe’).

The Rhine is a he, as it is always referred to as ‘Father Rhine’ (although the adjacent Mosell/Moselle is a she – ‘Mother Moselle’, although supposedly actually the daughter of Father Rhine). The Mighty Mississippi is called the ‘granddaddy of all rivers,’ while the Volga is always referred to as the ‘dear little mother’, even though it is the mightiest river in Europe.

Rivers may also be colorful. The Danube is immortalized in music as being famously blue – although the reality is something different – whereas the Mississippi is brown (the ‘Big Muddy’), there’s a green river in Utah, a red river in Louisiana, a yellow river in China, and a black river in Brazil.”

The Disadvantages of River Cruising

“The flow of water in almost all rivers cannot always be controlled by man, so there will be times when the water level is so low that even a specially constructed river ship, with its shallow draft, cannot travel.

Occasionally, the water level can become so low (a depth of only a few centimeters) that it is impossible for river ships to move at all.

Conversely, the water level can be so high (after much rain) that rivalships cannot fit under bridges. Multi-river ship companies such as Viking River Cruises may be able to transfer you from one side of a blocked waterway to an identical river ship on the other side, thus providing minimum interruption to your cruise.

If you are tall, note that the beds onboard most river ships are usually less than 1.8 m (5.9 ft) long.

There is generally no room service – except in a few examples when breakfast may be available to occupants of the largest suites – as there aren’t enough crew members to cope with this.

If your cabin is towards the aft (rear), there may well be the constant humming of a generator, which supplies power for air conditioning, heating, lighting, and cooking, etc.

Cabin insulation may be poor, so you might hear noisy neighbors clearly, whether you want to or not.

Mealtimes are strictly followed (all passengers typically eat at one sitting), so there’s no choice of dining times, as there is in the ocean-going cruise industry.

In some popular destinations such as Bratislava, Budapest, and Passau, several river ships are often tied alongside each other. Passengers on the outermost vessel(s) must cross the others in order to disembark and embark, which is challenging for anyone with poor ambulatory skills. Also, if your cabin is on the side that is tied up alongside another river ship, not only will you not have a view, but you will need to draw your curtains if you want privacy.

Non-smokers should note that on the open deck you may find that smokers are right next to you. The only way to avoid this is for one of you to move.” 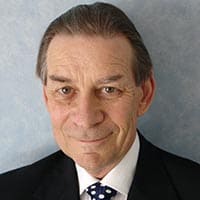 Douglas Ward is the leading authority on cruising from having spent over 40 years on the water, encompassing 1,000 cruises and more than 6,000 days at sea. He is known to spend about 200 days a year onboard cruise ships, checking out their facilities, and evaluating each ship. He also inspects their food, service, staff, and hospitality.

Buy River Cruising in Europe and the USA on Amazon