Cuba: Things I Wish I Knew Before I Went

Cuba: What Everyone Needs to Know Provides Answers to tough Political Questions that Tourists often Are Asked About

Cuba: What Everyone Needs to Know,  by Julia E. Sweig, touches on the deeper topics within Cuba, that are truly essential to understanding the culture. The history of Cuba has been very controversial under leader Fidel Castro in 1959, and his brother Raul after.   Since then, Americans have gained an obsession with the small island nation.

If I could do it again, I would do it differently.

Visiting Cuba for a week in July of 2017 was a trip that left an impact on me. I traveled with my grandmother and mother, two people who knew even less than me about the territory. The first half of our stay was with a family in the city of Old Havana with gave me authentic exposure to Cuban life.

The hustle and bustle of the city are overwhelming especially when you’re the American Attraction, and it wasn’t before long that we realized we were the ultimate fascination. Our host, Ernesto, told us the “do’s” and “don’ts” of the city because as white American women we stuck out like sore thumbs.

Cuba has been a great mystery to most American’s, due to the travel bans and their controversial government. My family and I did the routine research most do before embarking on a trip, but we didn’t quite dig deep enough. The city was endlessly surprising us beyond our research; especially many Cuban’s obsession with Fidel Castro and the interesting laws enforced by the Cuban government.

Before I visited Cuba, I wish I knew how deeply most of Cuba praises Fidel Castro, and why. Learning world history in a Eurocentric lens, the reign of Castro as Prime Minister and President was taught as a very contradictory ruling. So, as one might anticipate, my family and I assumed that the Republic’s transition to a communist country was a common paradoxical perception.

The streets of Havana are lined with paintings and murals of Fidel Castro. Street shops host Fidel t-shirts, flags, and hats in their windows. Every art vendor seemed to shine Castro as a hero in their work, and seemingly had many pieces that poked fun at the current state of the U.S. government.

I also wish I had known more about the communist culture and the restrictions and rules assigned to most ordinary Cubans. Most of these facts we learned for our host family, whose son-in-law works for the Cuban government.

He explained to how cell phones are constantly being tracked by the Cuban government, both phone calls and text messages, and they don’t really have much privacy when it comes to personal lives from the government.

We knew that the country makes it very difficult in terms of traveling, if you leave the country you cannot come back. But what we didn’t know, was to the extent of the restriction on activities and travel within Cuba itself.

For the second half of our trip, we were headed to Varadero, a beautiful vacation spot with beaches and blue waters.

Our host family was very excited for us to see this part of Cuba and begged us to go on a catamaran ride “for them”.

Mostly confused about their insistence we must take a catamaran ride, we asked if that’s what they do when they visit Varadero.

To our surprise, they said they are not allowed to. If Cubans travel to places such as Varadero, they’re not allowed to partake in any activities off land such as boat rides, parasailing or skydiving.

When we asked why, they said there is not a particular reason, it’s just the government’s rules.

Ernesto Jr., the son of our host who was my age, was so intrigued with the American lifestyle that he invited his friends over so I could show them pictures of the life they’ve always dreamed of touching; my ability to have traveled, gone to school and even go skydiving.

These young adult men with limited exposure to good education aspire to be doctors and travel to the United States but know the consequences he would face if he did so. Personally, this struck deep for me.

An eye-opening experience of the Cuban culture has left me with much appreciation for where I come from and the opportunities I have lying ahead of me, and I wish I knew the incredible impact this trip would leave me with.

I was lucky enough to have stayed with an amazing host family, who was really eager to share their stories growing up in Cuba and equally eager to hear ours about the U.S.

These bonds will most definitely last a lifetime, but I wish I had deeper knowledge about the territory before going.

Reading this book post-Cuba taught me that I should have deepened my knowledge about this mysterious location in respect to the people and their cultures.

Sweig poses questions that are important to the territory’s history, and the answer follows with information that has been critical to Cuba’s relationships internally and externally.

Some questions and answers you should know before going to Cuba:

What was so special about Fidel Castro?

The Directorio Revolucionario Estudiantil remained active in the Escambray Mountains and enjoyed strong support among Cuban university students. Yet it was the leader of the 26th of July – Fidel Castro- who had clearly established himself as the preeminent and most charismatic hero of the revolution.

Symbolically, Fidel began to consolidate his position during a triumphal nine-day cross-country march from Santiago to Havana. Kissing babies, tussling hair, meeting in every province with the once clandestine leadership of the 26th of July Movement, local politicians, and all manners of supporter, Fidel and his rabble rebel clan basked in the limelight of their triumph and the extensive, uncensored media coverage it received abroad and at home.

More important, Fidel used the trek to reinforce the message that the revolution’s success and survival required unity – in other words, his own hegemony over all other aspirants then crowding under the tent of revolutionary power.

What did Reagan do to crack down on Cuba?

During Reagan’s two terms in office, the White House enacted a number of bilateral measures to tighten the screws on Cuba. Reagan made it more difficult for Cuban diplomats to enter the United States, reinstated the travel ban that had been lifted by the Carter administration in 1977, and authorized harsher enforcement on third-party counties trading with Cuba.

More broadly, U.S. authorities also launched a healthy dose of psychological warfare aimed at convincing Cuba of possible direct U.S. military action against them, a policy that had substantially diminished over the previous decade, if not longer. In addition, the Reagan White House was really the first presidential administration since the Eisenhower years to make the U.S. Congress a central tool of active efforts to undermine the Castro regime. 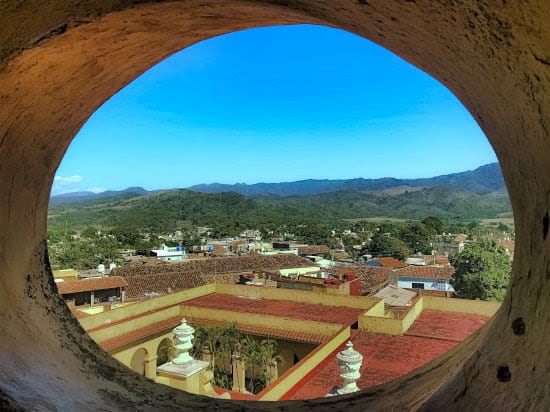 What were the basic objectives of the Cuban Revolution’s foreign policy?

During the first three decades of the revolution, Cuba’s leaders endeavored to align their foreign policy with their view of the strategic, economic, ideological, and political objective of a  revolutionary country forging a new national identity.

First, the global context of the Cold War and the extent to which Cuba came to be seen, rightly or wrongly, as a Soviet proxy definitively shaped the conditions for, reactions to, and implications of the lion’s share of Cuba’s international activities.

Second, Cuba’s foreign policy to tied closely to its domestic politics. Even as they were acutely aware of the international setting in which they functioned, Cuba’s revolutionary leadership, military and civilian, viewed their internationalism as the existential sine qua non of national independence.

Does Cuban art and music provide an arena and space for critical expression?

Yes. But it’s not that simple. Music and art have always provided a way for open to voice opposition to or dissatisfaction with authority, the status quo, or societal ills. But by its very nature, much art allows artists to express themselves in code, leaving much of the artists’ true intentions or “messages” open to interpretation.

Especially in Cuba, where censorship has been present at varying levels of intensity over time, but where there are also clear red lines that one simply cannot cross, artists and cultural producers have learned to carefully manage their self-expression. 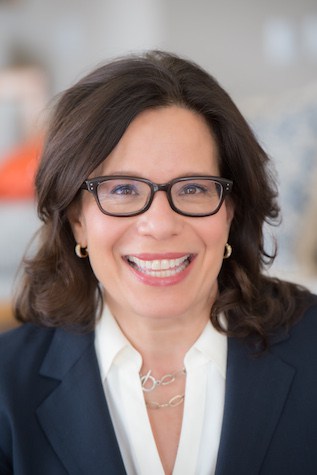 Julia E. Sweig is a practitioner, entrepreneur, and scholar—three unique skills honed in 30 years of experience in policy think tanks, business, and academia. For more than 15 years, Sweig has directed the research and managed the leadership, membership, and staffing for inter-disciplinary task forces on policy challenges in Latin America and Brazil, including on drug policy, security strategy, and prospects for the region’s economic growth and enhanced global standing.

Buy this book on Amazon: Cuba: What Everyone Needs to Know