Cuba: Unraveling the Puzzle of Havana

The smell of coffee and movement in the kitchen wakes me up, but I lay there for a few moments registering other sounds; the cooing of pigeons on the windowsill, voices below on the street as they pass by.  As I push back the covers and pull on some clothes, I notice, too, the sounds that are missing.  Absent is the noise of commerce.

No metal shop window shutters rattling open or salesman unloading goods from carts or trucks. Silent, too, are the church bells, whose tolling are the ubiquitous hymn of Latin America.  Only an occasional horn or coughing of an old engine come from the narrow, cobbled streets of Old Havana below.

Opening up the door to my room, I step out into a sunny courtyard set with a breakfast table of fresh fruit and coffee.  So begins my first day in Cuba.

Arriving last night after dark, I found this casa particular by the mark above the door; a blue symbol on a white background that resembles an abstract anchor pointing you inward. After ringing the doorbell below, I looked up as a small window was pushed open and a key lowered down on a string.  Climbing up the narrow stairway, I noticed colorful tiles with borders of filigree detail worn down by years of wear and cracks of time that spoke of a building constructed in a more fanciful era.

At the top of the staircase I was greeted by the warm, sleepy smile of Luis,  whom I had clearly woken up.  After inquiring politely about my trip and taking down my passport information he showed me to the room I had just rented for the night in his family’s home.

Until a little over a year ago, no Cuban had owned a home in over half a century.  After the revolution in 1959, all private homes became property of the state as the buying and selling of property was viewed to be a central pillar of capitalism.

People were allowed to stay in the home they lived in, but if they wanted to move could only do so through a complicated system of permuta (exchange).

As time went on, families could pass down their houses to children, but as families grew, square footage decreased with few new properties being built and older properties becoming harder to maintain.  “Everyone has a roof over their heads here,” mused Luis, “but the walls grow closer as the years go by.”

Seen as a way to equalize living conditions throughout the country and prevent the rise of the foreign land barons seen elsewhere on Caribbean islands, this nationalization of property was part of the socialist reforms sweeping the country in post-revolutionary Cuba.

According to the Cuban geographer, Antonio Núñez Jiménez, it was estimated that almost 75% of arable land in Cuba was owned by foreign companies or individuals prior to the revolution.

The effects of these sweeping reforms can be seen both in the refreshing absence of class warfare as well as the disincentivization of much needed home renovations.  Couple this with an embargo that keeps most goods from finding their way into the country and home repairs become a bit of a challenge.

While some families found themselves in crowded apartments badly in need of infrastructure, others had homes in nicer areas with views of the sea.  While not entirely equitable, this situation has given the enterprising Cuban an opportunity in a land where most tourist hotels are large, expensive, state-run affairs.

In a nod to their growing tourism industry and a slight relaxation of anti-capitalism laws following the collapse of the Soviet Union, the Cuban government began allowing some forms of private industry.  Among these changes was the allowance to families to rent out a room in their house to travelers in exchange for money.

This system, called casa particulares, was established in the 1990’s as a way of helping families earn some extra income in a struggling economy that uses two different systems of currency; one for Cubans and one for foreigners.  Locals with access to the convertible pesos carried by tourist often have access to goods that can’t be gained with the Libreta; a ration book that Cubans use for food and other necessities.

Staying in a casa particulares, as opposed to the government-run hotels, has many benefits besides the price. Thanks to a strong investment in an education system that turns out an almost 100% literacy rate in even the most rural areas, Cubans tend to be well-informed, loquacious speakers.  As someone who had grown up with an American version of history in this region, it was fun to compare notes on front stoops and rooftop patios.

After spending the day following my hosts’ advice on sites to see and places to go, it was essential to come home and ask the questions that would help me unravel some of the puzzle that is Cuba.

Speaking around the kitchen table after breakfast  (included in the nominal $25 usually charged for a night at most casas),the talk frequently turns to Raul, the younger Castro.  Seen as more economically liberal, he has been making some changes since becoming president in 2008.

One seen as the most significant came in November of 2011, when Cubans were allowed to buy and sell property.  Many rules still surround the process, with the aim of preventing speculation and the concentration of wealth.

To many, the cost will still be prohibitive, though thanks to remittances from Miami and a lot of local entrepreneurial spirit, many will be changing addresses this year.  Most casas I stayed in had been in the family for generations, and most said they expect to have family there for generations to come.

Over a small glass of rum on the terrace overlooking Old Havana, Luis shares his thoughts on the recent changes.  He, along with most Cubans I spoke with, had mixed feelings about the current state of affairs.

While opening up the housing market would bring much needed investment and renovation, gentrification and its nasty habit of dredging up class conflict are seen as unwelcome in a country that prides itself in homegrown socialism.

Many Cubans I met had devised creative enterprises on the side to help gain access to resources outside what the Libreta could support. Renting a car and hiring out as an unofficial taxi driver or selling second rate cigars from the factory where one works on the side are fairly common practices.

At a personal level, dabbling in the free market is viewed as almost a necessity when goods are so highly controlled or severely limited by an embargo but even those who dabble are not so comfortable seeing this shift at a national level.

While a healthy black market and other flirtations into capitalism are given an indulgent shrug, most casas I stayed in were hesitant to open the door any further to the dark stranger and his unwelcome baggage that capitalism has become since the revolution.

Rather, Cubans have opened their doors to intrepid travelers hoping to educate themselves on the natural and national treasures of the island.

Much like the dichotomy of a two-currency system, the exchange of ideas and experience that one encounters while staying in a casa particular allows the traveler to see the country, and the locals to see the tourist, at a truly domestic level.

Leaving my cigar in the ashtray to “morir con dignidad,” as Luis instructed, I listen to the faint strains of a Cuban son band drifting over from the plaza.  They play for locals and tourist who gather at tables spilling out onto the cobblestone patio, drinking sweating glasses of the national beer or filing cups of ice with a shared bottle of rum.

Below I can hear them laughing over a table of clicking dominoes at the smooth voice singing along to the band in the distance. There is music in the air tonight, and the sounds of change down below on the streets of Old Havana. 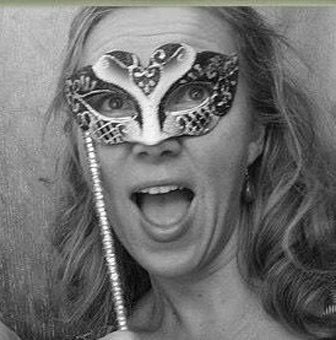 H. R. Ridge sees the world as her classroom.  As a high school science teacher herself, she has spent the last two decades getting her best lessons from trotting the globe and meeting the people that help it spin.  Through international teaching experiences in Asia, USAID development work in South America and scientific research in Africa, she hopes to connect the students in her classroom in Boulder, Colorado to the global community at large.  She is currently working on a book about vocational training and it’s impact on the global workforce in the 21st Century.

Love Cuba?  Then you’ll love our Cuba Plane Reader , with dozens of articles to get you ready for your Cuba Vacation. For Kindle, Nook an iPad!

www.gonomad.com
This article was last updated Nov 20, 2018 @ 11:08 am
If we've inspired you to travel with this story, why not check out the prices to get there and make it happen. Search airfares, hotels, and rental cars here. Thanks!