Choose Your Seat Wisely: How to Best Enjoy a Baseball Game in Cuba

If you plan on visiting Cuba and want to experience true Cuban culture and avoid cliché tourist attractions, be sure to create space in your itinerary for a professional baseball game.

It”s easy to overlook culture while staying at a resort, drinking mojitos, and leisurely spending your time at the beach. If Cuba is your destination, do not let your time pass without emerging yourself in its culture; it’s far too precious to miss out on. Some tour companies now offer tickets to games as part of their cultural exchange programs in the country, such as CubaHolidays.co.uk.

Aside from the fantastic architecture that Havana has to offer (outdated and vividly painted buildings, relic automobiles, and an abundance of paladar cafes), the real Cuba is a direct reflection off its people, who are one of a kind. If you are only visiting for a short period of time, attending a baseball game is one of the best ways to quickly get to know the Cuban character.

Baseball, or as Cubans call it, “la pelota,” is possibly a bigger deal in Cuba, than it is in the United States; and Havana is home to Cuba’s most loved and hated team: Los Industriales (The Industrials).

Also nicknamed the Lions and the Blues, due to their all blue uniforms and stadium. They are consistently one of the top teams in the league of 16 competing in the Baseball Federation of Cuba; they are sure to put on a good show. Tickets are cheap, easy to obtain, and if not during the playoffs, they will not sell out. This gives you no excuse to not attend.

The Latinoamericano stadium is located in El Cerro, a neighborhood that’s a reasonable distance from most parts of Havana. If you are staying in El Vedado, or Center Havana, the stadium is about a 20 minute walk. If in Old Havana, you can take a guagua (bus) or a maquina (antique cab) for about fifty cents.

Once outside the stadium, you will see dozens of vendors selling blue plastic horns which produce a sound much louder than one would think possible, resembling that of a vuvuzela (seen in the FIFA World Cup).

You will also come across vendors selling anything from salted popcorn to pressed ham and cheese sandwiches, to fried chicken, and mobs of people dressed in blue Industriales gear imprinted with the team’s logo: an “I” in Old English font.

Tickets can be purchased at the stadium, on a first come first serve basis. The maximum capacity of 50,000 people is usually only reached during the playoff. For Cuban residents, a ticket costs just one Cuban Peso, which is equal to about five cents. For tourists, due to the dual currency, tickets can range from a very reasonable three to five CUCs, equaling three to five dollars. Seats and bleachers are not assigned to a ticket, so guests can sit and move around freely.

Once inside, don’t make the mistake of sitting in enemy territory. When standing behind home plate facing the field, Industriales fans sit to the left as the proud majority, and the opposing team’s fanatics sit to the right – usually a surprisingly large and boldly obnoxious group. While about 70% of the crowd sits on edge behind the back stop, the rest of the stadium is occupied by Industriales fans, spread out in smaller groups.

It’s up to you to decide where to sit. If you are an Industriales fan, sit with them, if you like the opposition, sit on the other side, and if you just want to hang out and take it easy, sit somewhere in the outfield and stretch out your legs. No matter where you decide, spend at least a couple innings behind home plate, amongst the most electric crowd.

You will be warmly greeted by those around you, who will energetically spark up conversation as though you’ve been long time friends. Don’t think that this happens only because you look like a foreigner, they do this amongst themselves as well, and you will be surprised by how much you can learn from them.

Being a Spanish speaker helps – but if you’re not, have no fear. Many Cubans have a basic understanding of the English language and can hold a conversation. Awkwardness is not a concept in Cuban culture.

Fans get riled up throughout the course of a game and are always arguing with opposing fans, about who has the better team that year, that day, or historically. When the Industriales are losing, opposing fans will sometimes chant, “Ruge leona!” (“Roar lioness!”). But when the Industriales start winning, fans will chant, “Se solto el leon!” (“The lion has been let loose!”). Although some fans may get viciously into the game, do not be afraid; in the end, it’s nothing but friendly competition!

Just like in an MLB stadium, vendors flood the stadium. They sell peanuts (served in paper cones), bagged popcorn, and other items such as balloons, peanut butter bars, and carelessly sugared espresso coffee. Everything sold is under a dollar. No alcohol is sold in the stadium, but you can always think like a Cuban and improvise a solution.

The Games are Similar, but the Rules are Different

Games are usually played around the same times as in the United States: in the afternoon or at night, around 7 p.m.

The feel of a game is similar to that of an MLB game. The differences can be seen in the pricing, intensity of the fans, and a rule or two different from that of that of the MLB.

For instance, if a team is down by 10 or more, the mercy rule takes place and the game ends. Another noticeable difference is that just like the city of Havana itself, the Latinoamericano stadium has no advertisements for any products, anywhere; instead there is motivational socialist and revolutionary propaganda. The only words seen from inside the stadium are printed in a large font in the outfield.

In left field, “Cuba, País de Campeones,” (Cuba, Country of Champions), and in right field, “El Deporte, Conquista de la Revolución,” (Sports, Conquest of the Revolution). Pro-Cuba and revolutionary murals and billboards similar to these can be seen all around the country.

Cuba, only 90 miles off of the coast of Florida, has been concealed from the United States, and vice versa, for over 50 years. It’s surprising how long it is taking the two neighboring countries to come to terms, but it looks as though progress is finally being made. Cuba, a melting pot of its own, has much to offer as a country and a culture.

Now that Cuban visas are more accessible, plan your next vacation to Cuba, explore the country, and attend a baseball game.

You will have a memorable, and enlightening time. 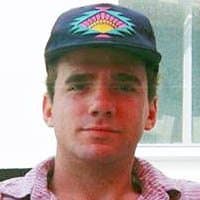 Daniel Maldonado is currently studying Journalism and Communication at the University of Massachusetts Amherst. In the past couple years, as a freelance writer, he has written for newspapers in Boston and Amherst, while also exploring his interests in photography, radio, and video. As an avid world traveler, Daniel also hopes to pick up travel writing.

Atlas of Lost Cities: Forgotten Places Remembered
Cuernavaca, Mexico: The Perfect Place to Study Spanish
Turo Puts Cars to Use While You're Away
Queen's Passage: Yacht-hopping in the Caribbean
Barbados Off the Beach
Passage to Cuba