By Mary A. Nelen

Painters have been getting high on Maine for years.

I wanted to get high on Maine too so I headed north toward Maine for little R&R in under “Plein Air” skies.

“Plein Air” is French for painting in the great outdoors. Before paints became available in tubes, landscape completed the work indoors after sketching outdoors.

The Wyeth’s of Maine

The Wyeth’s worked for half a century from the outermost reaches of Maine’s Atlantic Coast as did Winslow Homer in the late 1800s when he repaired his sanity after covering the Civil War for Colliers Magazine.

When I crossed the steel arch of a bridge spanning the Piscataqua River into Maine, I turned off the news.

The scent of pine mingled with ocean air made something as ephemeral as news melt away like a child’s forgotten cup of soft serve.

My first stop was Ogunquit Museum, a little jewel box of a place surrounded by a garden of sculpture both man and nature-made.

But the sheep were looking out at an assortment of islands. Maine painting is an outdoor sport. I got in the car and hugged the shore heading north to view the work of another Maine artist.

Landscapes depicting a rocky shoreline and the ferocious Atlantic Ocean created in Maine are as iconic as Christina’s World. This I realized when surrounded by a group of school children while viewing a painting in the Portland Museum of Art.

“Homer, of course,” declared a museum docent, “is one of the country’s if not the world most famous Marine painters.”

The children looked up collectively at “Weatherbeaten,” an assembly oil paints organized in conjure ocean spray crashing upon rocks in a rather violent composition.

All of us, the students, myself, even the docent, remained silent for several minutes.

I found myself oddly calmed by this painting, created in 1894, soon after Homer returned from Civil War where he was an embedded illustrator for Collier’s Magazine.

Before leaving town, I followed up on a tip from a friend who recommended a Portland restaurant located across from the museum.

Empire Chinese Kitchen is famous for dumplings and they are indeed a transporting experience, not unlike the feeling of the ocean on one’s face.

No reservations are necessary for this hybrid of a restaurant both casual and historic, fun and serious, Cantonese and Sea-to-table. In the foodie city that is Portland Maine, Empire Chinese Kitchen is very good.

My next stop the home of Winslow Homer’s studio. I drove through farmland toward the coast where the sky becomes pearly over the ocean to Prouts Neck, or the “Neck,” as locals call it.

The Neck is not much different from the days in which travel was accomplished via horse and carriage to a handful of large wooden hotels there. There is one surviving hotel which, if a reservation can be had, is like experiencing time travel.

The Black Point Inn is embarked upon from below through flowering trees that reveal an incline of lawn, exploding hydrangea and a wrap-around porch with Adirondack chairs. Under a porte-cochere, I was welcomed with the shy smile of a gloved man opening the door.

A Fire in June

Although it was June, a fire was going in the great room and tea was being served. I warmed my hands and pick up an art book, this one full of Homer paintings. I read the following:

“Today, as in the late 19th Century, Maine provides an answer for people experiencing alienation from nature and desiring a different texture to everyday life.”

At the front desk of polished mahogany, I was given a key and walked up the stairs. Room 340 was a light-filled room with Victorian furniture upholstered in shades of buttermilk and apricot. The only concession to modernity was a small iPod propped on the desk.

I quickly changed and admired my view of the Atlantic Ocean, its surf racing in and out at a furious clip.

A stroll around the grounds revealed a geothermal pool, a widows walk and two restaurants, the Chart Room, a casual setting featuring local crab hushpuppies and a Maine Lobster Roll, and the Point, with Damariscotta Oysters and local salmon.

The next morning, I headed out to the Cliff Walk, a mile-long traverse along the perimeter of Prout’s Neck. This would prove to be my very first encounter with an extreme plein air experience.

The afternoon breeze blew hard in the sunshine. A garden path leading from the hotel ended in a hidden cove revealing a gorgeous beach and terrace with blue umbrellas, part of the hotel, followed by more gardens, the cliff path itself and then secret hedges protecting several mansions.

Within minutes of my walk, I was face to face with both the ocean and a lone painter standing on the rocks painting at an easel.

“Hello!” I bellowed but the wind was strong. The man’s hair blew in the wind and on his tiny canvas, I could see bright dabs of paint. The ocean continued to slam against the rocks and in the bright morning sun, the experience was raw and somewhat like being in a boat.

Around several corners, I encountered other people and finally, when standing on a precipice, I stopped to feel the breeze and realized I was standing in the exact spot from which the classic Weatherbeaten was painted. (Scroll to the top of the story to see this painting by Winslow Homer.)

Again it took my breath away. Although I lost my footing, I managed to take this photo, my version of Homer’s “Weatherbeaten” under plein air skies. As in the museum, a feeling of calm befell me.

The walk ended in shadows leading to a graceful edifice; a wooden shingled building surrounded by a generous lawn. Three sides of the building looked out at the ocean. A closer look at the place revealed a gleaming brass plate with the legend, National Landmark.

Homer’s studio was a pristine working space with sketches on the walls, an easel, and pallet, all of which offer the sensation that the painter has just stepped out, just now.

Upstairs there is a living space with a balcony looking out at the ocean. The artist worked in the studio next door to family members who also had homes in the enclave at the Neck.

Beyond the studio is a nature trail surrounded by a handful of shingle-style summer cottages some of which are owned by families who have been summering there since Homer’s time.

It isn’t impossible to imagine life as it was in the 1800s when horse-drawn carriages brought people to Maine from the city. The walk ended where it began at the hotel where I discovered tea time had just commenced with some gentle guests mulling around a silver tea set in the main room perusing coffee, tea, cookies and little sandwiches.

Tea is taken outdoors on the terrace among a lively parade geranium plants or inside on a porch room suffused with light and rattan. Although it is tempting to imagine Winslow Homer walking into the rattan porch with paint splattered on his shoes to share a cup of tea with visitors, that is a delusion.

It is said that the artist was so averse to “snoopers”, he planted a sign on the door of his studio that read,

“Beware of snakes and mice!”

Studio Tours are booked through the Portland Museum of Art. 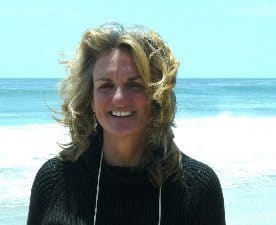 Author Mary Nelen of Massachusetts is a writer, photographer, and locavore.