Bulgaria: The Secrets of Troyan

Troyan – An Ethnographic Paradise in the Heart of the Mountains

Troyan is a captivating city in the region of Lovech, which is nicely located in North-Central Bulgaria.

This city is one of the most beautiful places in Bulgaria. Troyan is located in the heart of the mountains and that’s one of the many reasons it is so attractive for tourists, because of its magnificent nature and refreshing air.

Troyan is only 155 kilometers from the capital city Sofia and it is easily accessible by car. The population of the city in 2011 was 21 194 people. The region has a rich history. There is actual proof that it was populated from the distant Paleolithic era. Through the Bronze Age, the Thracians go there close to the river Osam.

Many weapons, bronze vessels, and jewelry were found there to prove the existence of the Thracians.

At the beginning of the Ottoman domination, crafts started developing in Troyan. So the Ceramic Troyan School was opened and it is still working even today, which is a really impressive amount of time. Troyan is a city with a strongly developed economy.

It is popular because it is the biggest center for the production of chairs made of solid wood in Bulgaria. The city is a favorite spot for Bulgarians and tourists. People mainly love it because of the mountain and rural tourism. There are many activities and attractions not only in the city but also and in the close surrounding area.

People call it the Troyan Monastery, but the full name of this beauty is The Monastery of the Dormition of the Most Holy Mother of God. This is one of the largest monasteries in Bulgaria, it is in third place. It was built in the 16th century, which makes it also and one of the oldest monasteries in the country.

The Troyan Monastery is placed on the banks of the Cherni Osam river, close to one of the most popular attractions in Troyan, called Oreshak. One of the main churches of the monastery was reconstructed at the end of the Ottoman rule during the Bulgarian National Revival.

Zahari Zograph, a famous painter of that time, painted the monastery and gave it its incredible look. The monastery is home to one of the oldest icons in Bulgarian Orthodoxy, called the Three-Handed Virgin, which is a holy grail for the monastery. The Troyan Monastery is a must-see attraction in Troyan.

Placed in Central Stara Mountain this is an amazingly beautiful place. This is the perfect spot for adventurous people, who love hiking and magnificent nature. There are a lot of places to see there.

Tourists like it because it provides many rare flowers, interesting wildlife sanctuaries or just simply relaxing far away from the busy city life.

The wildlife sanctuary called Kozya Stena (‘’Козя Стена’’) was created in 1987. It is mainly made for the protection of the centuries-old beech forests. There are also many wild goats, which is exactly the name of this fascinating sanctuary. The region is great for mountaineering.

There is another captivating wildlife sanctuary –Steneto (‘’Стенето’’). It was established in 1979 to protect the forests of beech, hornbeam, elm, and maple.

In this specific area, people can often see many deer, bears, rabbits, falcons and other animals. Here also can be found the interesting and exceptional cave ‘’Raichova dupka (hole’’ (‘’Райчова дупка’’). The park is in the UNESCO group.

In these regions, there are many huts, where people can go for the night and relax.

The locality Beklemeto is located 20 kilometers from Troyan and is the highest place of the Troyan passage – 1590 meters altitude. It is perfect for any kind of tourism not only in the summer but also in the winter. Here you can find the best cross-country ski runs in Bulgaria. There are fragments of an ancient road called Via Trayana, which contains a lot of history.

The ancient Roman city of Sostra is located 12 kilometers from Troyan. It is established in the second century AD. It’s been in existence for about 300 years. This is actually the sixth road stop to the ancient Roman road Via Trayana. The legend says that many emperors and nobles stayed here, for them it was like a roadside hotel.

There you can actually see a fortified camp, buildings from the village and a part of the ancient road. A must-see is also the building of the church Saint George. This magnificent and archaic place is open for visitors from Monday to Friday and the price is around 1 Euro, which is 2.00 BGN. Be sure to take your camera, because the place is perfect for making incredible pictures.

Chiflika is a another beautiful village in the Troyan region. It is only 16 kilometers from the city and it is a part of the National Park Central Balkan. It is supposed that in the ancient times there was a Thracian settlement there because ceramic objects were found.

You can find a huge mineral spring and many nice spa hotels perfect for a vacation and relaxation. It is interesting that this is one of the last places in Europe, where people can find and see Edelweiss, a mountain flower belonging to the daisy or sunflower family

One of the most amazing and breathtaking waterfalls is located in Troyan. Its name is Skoka (Скока). The height of the waterfall is 12 meters. It is easily accessible even by car so don’t hesitate to go there because it is the perfect spot not only for the hiking lovers.  Nature is absolutely fascinating.

Another great and famous waterfall is Rayskoto Pruskalo ( Райското пръскало ). This one is a significant waterfall because it is the highest one in the Balkan Peninsula.

It is in the central part of Stara Mountain and it is a part of the territory of the National Park Central Balkan.

The splashing of the waterfall can make you feel incredible because it is a one-of-a-kind impressive beauty.

This is an appropriate destination for all of those who love hiking, ecotourism, and paragliding. Most of the tourists prefer to visit the waterfall in the summer.

Another interesting places around are eco path ‘’White river’’ and peak Botev, which is the highest peak in Stara Mountain.

Troyan is one of the last places, where you can experience drinking coffee on sand. This kind of coffee is part of the old urban legends. It is said that the coffee should be served with white sweet jam and a glass of cold water.

This coffee is boiled on hot sand, rotated 360 degrees and it is ready to be served. You have to see it, feel it, taste it – the emotion is one of a kind. This is the perfect place to relax after a long day. The coffee is a premise for a great talk with friends.

Troyan is a very active city. It is the perfect place for long walks and wandering around the streets. It is also good for mountaineering because it is a mountain city.

But the best-developed sport in Troyan is orienteering. It began in 1950 when the city is founded as an orientation club. There are whole generations, here who practice this sport.

Another interesting and popular activity in the town is caving, which was developed in 1960. One of the best karate clubs in Bulgaria is here in Troyan. As you can see Troyan is full of surprises and people never get bored in here.

In Bulgaria’s traditional kitchen there are several recipes typical for Troyan and most of them you can try only in the city.

The first dish is called ‘’Luchnik’’ (“Лучник’’). It is made with pastry with onion, peppers, and parsley. In Troyan, they also add walnuts and many fresh spices.

The second recipe is for a mushroom soup with a special sort of mushroom called cheladinki (‘’челадинки’’).

The third dish is also very tasty. Don’t forget to try the beaten bean with nettles, which is in the form of soup.

The last recipe is the king of the traditional Troyan dishes. T is pork meat in clay vessel with vegetables and dried prunes.

It might sound strange, but those are exceptional and rare dishes, which you can’t find in any other place or if you can find them any way they won’t be the same. 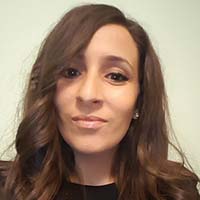 Monica Vaklinova, 27  is from Sofia, Bulgaria. She works in the Sofia airport in the security section as a supervisor.  She is passionate about traveling and writing and has been in almost every country in Europe.  She is a freelance writer in her spare time and loves expressing my traveling emotions through writing.