New Hampshire Mystery in Stone: Who Built America’s Stonehenge and Why?

In the forests of southern New Hampshire is a puzzle made of stone.

It does not appear to have been built for habitation, but for special ceremonies. It is obvious it was used for astronomical purposes. Stones mark the solar and lunar cycles. But there is far more to America’s Stonehenge than just telling time.

The huts, walls, small rooms, and standing stones have been called the most important archeological site in America. Its builders could be pre-Columbian Europeans or native Indians.

Its date of construction is arguably anywhere from several hundred years ago to 2000 B.C., and why it was built is a guess. Yet the mystery has many physical clues and anybody who wanders through the ruins can offer a possible solution.

The tour starts at the Visitors Center. A 10-minute video gives a historical background of the area and discoveries made over the years. Various artifacts line the Center, the most interesting being stones with carvings.

One large piece, broken in half, has discernible Roman numerals cut into the edge reading “39 Days”, possibly referring to four Celt festivals. However, they may have been carved by anyone including 18th-century Irish settlers.

Heading out of the center, a stone wall guides you to the first chamber, the Watch House. It may have been no more than a storage house but it also lines up with the February 1st sunrise.

Stone walls crisscross around the 20-acre site. If the trees were not here, the area would resemble the English countryside. Two walls form a path at the Watch House leading to the center of the complex.

Walking into the main site, a sense of amazing wonder overcomes you. Structures appear all over the slope of the hill. Because of natural dilapidation and the removal of stones by area residents during the 18th and 19th centuries, it is hard to comprehend what the complex originally looked like. Stones seemed to have been rearranged for different purposes.

One owner of the land used huts for storage, altering as needed. Slaves may have used the area as a stop on the Underground Railroad. Additions and subtractions to structures could have happened countless times.

A few chambers are spread throughout the site. Most of the walls run north and south. A couple of walls are curved. One chamber is aligned on an east-west direction, but no overall pattern appears.

For the site’s protection, some huts and small areas are chained off, but all can be easily viewed. Each wall, hut, groove and hole are marked and numbered. Information for each number is found in a helpful tour guide map provided to each visitor.

One of the fascinating structures is the Oracle Room with an ingenious theatrical feature. A tube from the room leads directly out under the Sacrificial Table. Someone speaking in the Oracle Room would sound like a disembodied voice to people outside surrounding the table.

The Sacrificial Table is the most impressive structure. The 4½-ton slab has a rectangular groove carved just inside the edge as if to catch fluid and funnel it off.

Also marked are sunrises and sunsets for significant dates on many ancient calendars in Europe – February 1st, May 1st, August 1st, and November 1st. You can walk the Astronomical Trail that weaves around to many of the marker stones.

The site is under constant research by individuals, organizations, and institutes. Pat Hume is the former president of the New Hampshire Archeological Society and aided research at America’s Stonehenge for 10 years. “A lot of bad archeology has been done at the site by too many amateurs. The serious and prolonged study by real experts is needed.”

While not sure who were the builders, she has a feeling based on evidence. “There’s a good possibility that native Indians built it. Artifacts we found point to that.”

As part of the State Conservation and Rescue Archeology Program, Pat has located a few Indian sites around the nearby town of Londonderry.

“I don’t think there was an overseas influence on the construction at Stonehenge,” she says. “The native Indians had quite an impressive culture and wanted to relate to the skies.”

“America’s Stonehenge utilizes a midyear alignment which is a technique used in the British Isles. However, the orientations of the stone walls are remarkably similar to the major features of the Mayan building in Mexico.”

“Labor was supplied by the native Indians, but different civilizations brought forth the ideas.”
Standing in America’s Stonehenge, it is easy to think of a theory about why it was built. The problem is locating facts. Maybe that is part of its allure.

The mystery may never be solved, and perhaps it shouldn’t be. The reality might be less intriguing than the fascination of walking through and making a guess of your own.

How to Get There:

America’s Stonehenge is under an hour’s drive north of Boston, Massachusetts, about 4½ miles east of Interstate 93 near the town of

Visitors can freely walk through the site at their own pace. It should take you 1-2 hours. There is no guided tour.

The site is open year-round but visiting times vary, especially in winter. Special events occur coinciding with the astronomical calendar. There are also several children’s programs including archeology. Call for information

A short nature trail looks at Indian life in the area. Part of the site is handicap accessible but call ahead for trail conditions.

America’s Stonehenge is located in the Merrimack Valley Region.

Area Lodging and Food:
America’s Stonehenge is an easy ½-day trip from Boston. However, there are plenty of lodging options in the area – hotels, bed & breakfast inns and campgrounds.

Local lodging is listed on stonehengeusa.com.

If you plan on staying in the area for several days, you might try the Atkinson Resort & Country Club just down the lane from America’s Stonehenge.

Later in the day, go to The Common Man in Windham which serves up delicious dinners like grilled salmon, roast prime rib, lobster, corn chowder and rack of lamb (M-F 5:00 to 9:00 pm, Saturday and Sunday 4:00 to 9:30 pm).

There are also many chain restaurants in the area. 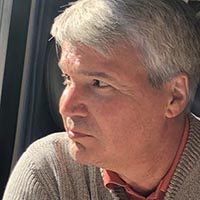 Fred R. Hight is a freelance travel writer/photographer in Dallas, Texas. He may be reached at photo@fredhight.com.