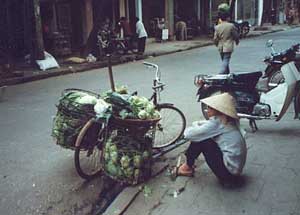 You’ve probably heard that one before. You may have even said it yourself, after hearing the message of danger coming out of your TV for days on end. But is the danger real, or does it just make for a good story that will increase ratings?

And dangerous compared to what? As an American, I live in a country that leads the developed world in most crime statistics: the most guns, the most murders, the most armed robberies, the most inmates, and the most of nearly any other nasty statistic you can think of.

The US also has one of the highest traffic fatality rates (partly because we spend so much more time in our cars.) Yet when Americans think about going overseas, we see the world as being fraught with danger. If the bird flu doesn’t get you, sharks or mad bombers will.

The Caribbean all-inclusive resorts thrive on this fear, as do the other Club-Med types catering to Europeans and Japanese, from Sharm-el-Sheik to Southern Spain to Saipan. They promise to set you up in a protected enclave, one in which you won’t have to interact with any scary locals who are out to rob or flay you.

Look at the facts, however, and you seldom have to worry about anything beyond pickpockets. You are far safer in most cheap destinations than you are in your own hometown. Even Canada, which is perceived as quite safe, still has more reported crime than many developing countries. Statistically, you’re more likely to be robbed in Canada than you are in Bolivia, Bulgaria, or Vietnam. And let’s not forget the fact that serial killers, schoolhouse murders, child abductions, and snipers are mostly a western phenomenon — a “home turf” problem if you will.

Many experienced travelers refer to this perception problem as “The CNN Effect.” You’ll hear nothing about a country for years until something bad happens and suddenly it’s all the perky newscasters can talk about, 24 hours a day. A bomb goes off in Casablanca, so everyone stops going to Morocco. SARS cases are discovered in Toronto, so everyone cancels their trip to Vancouver, even though it’s thousands of miles away. Everyone cancels their trip to India each time Pakistan does some verbal saber rattling in the press about Kashmir. Then the memory lasts longer than the episode. Most people still avoid Egypt, even though the last violent incident involving tourists happened in 1997.

Ask most experienced travelers where they wouldn’t go because of safety fears and their list will be pretty short. It’ll mostly consist of war zones or areas of instability: Columbia, West Africa, Chechnya, Afghanistan, and specific states where there is some kind of fight for independence going on (such as Aceh in Indonesia).

You should always do some research on what the situation on the ground is like by checking the links listed here and be sensible about not flaunting your wealth. Otherwise there is usually far less to worry about than most people think.

Our relatives back home seemed to be panicking every few months as my wife and I traveled around the world. When a plague broke out in the slums of India, our parents thought we were surely tempting death by being there. Not one tourist died, but the story was on the cover of Time, so it must be serious right?

When we set off for Indonesia right after Suharto’s downfall, we received dire warnings by e-mail from our friends and family. Never mind that we were flying to the north of Sulawesi, hours by air away from Jakarta. When we were living in a suburb of Seoul, everyone freaked each time North Korea was in the news. What had been blown into a big story in the US was usually run-of-the-mill news where we were, 35 miles away from the DMZ dividing north and south.

So, did anything bad happen to us? In India, a camera was stolen from beside my sleeping head on a train, I got pickpocketed once (less than a dollar), and someone tried to steal my hiking boots from outside a temple (I got them back). In the whole rest of the world, another traveler stole my wife’s very used camera while we were in a Singapore hostel. That was it. That covers a span of nearly four years, circling the globe three times and visiting over 20 countries. I only wish I could say my record was that good here at home.

Were we lucky? Based on conversations with other long-term travelers, no. People who aren’t careful get robbed more — often by broke travelers rather than locals — but danger to life and limb is so rare that it’s shocking when it happens.

What’s in it for Me?

So what does this mean to you, if you’re not afraid to boldly go where no one else is going? Bargain rates, a warm welcome, and a buyer’s market when it comes to looking for a hotel or bargaining for goods and services. It also means a return to a time when explorers had sites like Petra and Borobudur to themselves, without throngs of tour bus passengers. So do a little research, but don’t let CNN keep you huddled in your apartment, afraid to board a plane to new adventures. Go see what’s really going on and you’ll see the 24-hour news shows for what they really are: a means of entertainment and titilation. 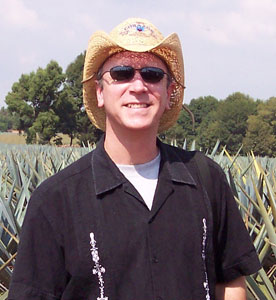 Tim Leffel has written several books on traveling well for less including The World’s Cheapest Destinations, Make Your Travel Dollars Worth a Fortune and Traveler’s Tool Kit: Mexico and Central America (co-written with Rob Sangster). He also edits the narrative webzine Perceptive Travel. Visit our Tim Leffel Page with links to all his stories on GoNOMAD.

Passport Primer: All You Need to Know
Living as a Digital Nomad, Being the Boss
Top Ten Air Travel Innovations
Shedding Light on Dark Tourism
VibeAgent: A Growing Social Network for Travelers
Travel Chic: How to Clean Vintage Luggage