I have been obsessively googling Myanmar ever since the country came on my travel radar.

A few years ago, Cambodia was the epitome of Southeast Asian travel; the destination that all backpackers and vacationers put at the top of their lists. Now mysterious Myanmar is coming forward to claim the title, and all my friends in Hong Kong who had visited told me that I had to go.

A country with a rich history, troubled modern past and that was once shut off from the rest of the world, the nation formerly known as Burma is full of intrigue. I flicked through photos of the gleaming golden spires of the Shwedagon Paya, the serene inky waters of Inle Lake and the iconic hot air balloons that rise over the ancient city of Bagan in a misty yellow haze.

The cover of my guidebook was a shot of the scenic Amarapura teak bridge at sunset. My mind was filled with epic dawns and dusks, Buddhist chants and maroon monks’ robes, a tranquil and beautiful country not yet ruined by the tourism industry. A beautiful secret.

However, when I finally got the chance to see Myanmar for myself this year, the reality wasn’t quite what I had expected… Yangon and Mandalay were sprawling cities complete with grit, grime, swirling traffic, animated street vendors and fast-paced life noise.

Yes, monks were clad in traditional garb, but swiped through their smartphones like normal teenage boys.

Locals were brash, confident and eager to practice their English, thinking nothing of taking me by the hand and personally leading me to the places I was trying to find on my map.

It wasn’t what I had envisioned but, wow, did Myanmar have character!

So here are ten things that surprised me about Myanmar, one for every day of my visit there:

Land of the Pigeons

I have never seen so many pigeons in my life as I have in Myanmar. In fact, the national animal should be the pigeon. Trafalgar Square eat your heart out.

Something I loved about Myanmar is that the people either haven’t yet been influenced by, or more likely simply don’t care about following the rest of the world in conforming to Western fashion.

This is very different from other Southeast Asian countries I have visited, and all the better for it. Men and women alike wear longyi (a kind of skirt), young girls wear long dresses and women are often seen in a two-piece blouse and long skirt in bright colors.

I’m no fashionista, but even I couldn’t help but stop and stare at some of the gorgeous outfits on display.

What is more, many people walk around with a white-yellow paste on their faces, sometimes is special patterns. This is thanaka: made from tree bark, it has cosmetic properties and provides protection from sunburn.

I knew that Myanmar bordered both India and Thailand – two countries known and beloved for their cuisines – but I had no idea how tasty the food would be! Curries had rich flavor and a satisfying spicy kick, while noodles and rice had that sweet tang that can only be authentically found in Southeast Asia. Delicious.

I’m a wary solo female traveller who is probably overly cautious when it comes to strangers offering help. Yet unlike other Asian countries I have frequented (I’m looking at you, Hong Kong), people would approach me if I was looking lost, helped negotiate taxi fares in order to get me a good deal and a family at the next table over at a restaurant would offer their food for me to try.

I vastly overestimated my budget for my time in Myanmar based on what my guidebook, the Internet and fellow travellers had told me. Actually, Myanmar was probably one of the cheapest places I visited on the whole of my Southeast Asia trip.

Teashop and street food meals were only US$1, buses between cities were between US$10-15 and hostels were my biggest expense at around $10 a night.

Getting a Visa Was No Hassle

Having done my research, I discovered that I needed to get a visa for Myanmar in advance. I sighed heavily, having had much experience getting China visas in Ho

ng Kong for trips to the Mainland (if you ever apply for a visa to visit China, I warn you do it early, take every document you can think of and be prepared to have the least fun imaginable).

At least with a UK passport there aren’t many countries that require this of me, especially in comparison to people of other nationalities, so I sucked it up and took my forms in to the Burmese Consulate General in Hong Kong, prepared for a long wait and a hefty fee.

Instead, I was in and out in five minutes. I picked up my visa the next day, no problem, and I was the only person on the whole floor of the building during this process.

The woman behind the counter was so chill her daughter was inside the kiosk having lunch.

The Overnight Buses Were Pretty Comfortable

I travelled by night bus between Yangon and Mandalay and again later between Bagan and Yangon. Both of these journeys took a shorter amount of time than estimated (around nine hours instead of twelve), and were not the nightmare vomit-inducing rollercoaster rides

that the Internet had warned me about. I even got a few freebies in the form of toothbrushes, toothpaste, wet wipes, bottles of water, blankets and a Dora the Explorer head cushion.

No wonder the staff at the Travelex in Hong Kong Airport looked at me strangely when I asked if they had Burmese kyat. The answer was no and I later learned this was because you can’t get it outside of the country.

Neither can you use your foreign card at an ATM once inside Myanmar (though I hear this may be changing), nor can you exchange your American dollars at Yangon or Mandalay Airport when you arrive because the government fix the exchange rate heavily in their favour.

Your only option is to use US dollars to get to your hotel and then figure out where the nearest place is that will convert your cash. Though this all sounds a bit dodgy, I personally exchanged twice in Yangon and got great exchange rates both times.

As mentioned above, if the quaint and tranquil places of my dreams do exist in Myanmar I certainly did not see them. Even the 2,000-year-old Sule

Paya in Yangon sits happily in the middle of the city’s busiest roundabout. In every town you hear beeping vehicles along busy roads, you see ancient Japanese or Korean buses that should have been taken to the dump 50 years ago rambling about, or you watch scooters and motorbikes weave in and out of lanes like there is no such thing as pavement, because there isn’t.

It Has a Certain Charm to it.

Although sometimes Myanmar overwhelmed me, I did marvel in its energy and chaos. It’s not somewhere I could see myself living but I can understand why places such as Yangon have large expat populations. It can be tempting to stay in a place with so much life buzzing around it.

What is more, the food is delicious, the history and culture is incredibly interesting, and it definitely has the feel of somewhere that is up-and-coming; throwing off the shackles of the oppressive regime that once controlled it and working towards a better future. 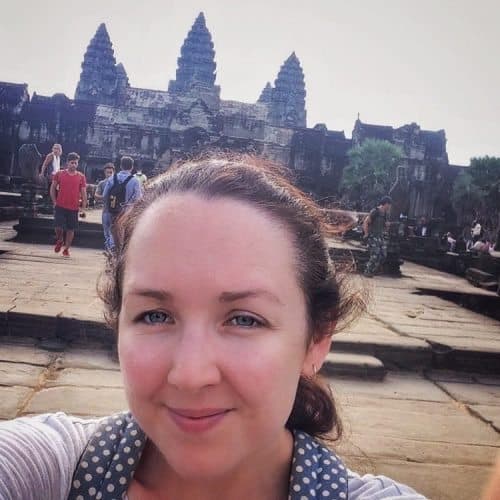 Who wouldn’t be enthralled by the beautiful story of Burma?

Amy Poulton knows what it’s like to have a foot in two continents, calling both the UK and Hong Kong home. In her spare time she enjoys making her mother worry by backpacking solo across the world, risking her sensitive stomach with questionable local delicacies, butchering different languages, jumping off tall things into water and word-doodling about her travels online, most notably on her blog, pagetraveller.com .