How a Napoleon Transformed Paris

In this thick new book, France: A Modern History from the Revolution to the War with Terror,

He recounts and analyzes the extraordinary sequence of events from the end of the First Revolution through two others, a return of Empire, three catastrophic wars with Germany, periods of stability and hope interspersed with years of uncertainty and high tensions. The book covers France’s long history right through the era of global terrorism.

The Man who made Paris: Excerpt from the Book

Paris exults in the name of the ‘city of light’. Its broad avenues shimmer at night and the Eiffel Tower is lit up as a beacon for France’s capital.

It has long been a magnet for visitors – back in the first half of the 19th century after the traumas of the Revolution and the defeat of Emperor Napoleon Bonaparte in 1815 had worn off, it boasted such great monuments as the cathedral of Notre Dame, the vast royal Tuileries Palace on the right bank of the Seine and an array of noble mansions on both banks of the river.

Under the second emperor, Napoleon III (Bonaparte’s son had died in 1832 without having ruled in France) the French capital was the scene of innumerable balls and a thriving elite social life revolving around the court. Its boulevards were home to pleasure gardens, smart restaurants, and cafés with marble-topped tables and private rooms for assignations.

Great writers abounded. Starting to work at 9 pm after a busy day of eating, socializing, and strolling, the father of the modern novel, Gustave Flaubert, published Madame Bovary in serial form and was put on trial for obscenity — and acquitted. 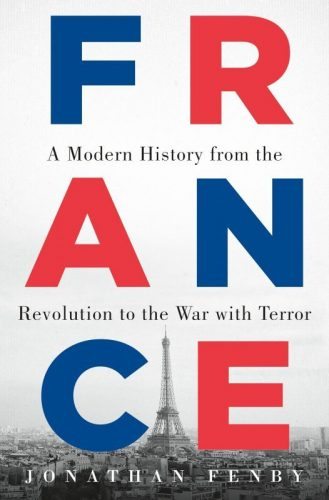 essays under the pen-name of Georges Sand. From 1837, she had a ten-year affair with the pianist and composer, Frederic Chopin, but they fell out and she did not attend his funeral.

The poet Charles Baudelaire published the first volume of Les Fleurs du Mal in 1857, awing many of his artists as he set the foundations of symbolism and modernity. The great realistic painter Gustave Courbet made his mark followed by other stars of what would flower into Impressionism.

The Emperor encouraged the protection or reconstruction of historic buildings. The popular press flourished and publishing boomed with printing techniques that enabled the use of thinner paper and smaller type – nearly 14,000 new titles appeared each year by the mid-1860s.

The number of public libraries tripled. Business flourished though with occasional financial crashes. The railway system linked the capital with far-flung regions of the country – among other things, its timetables forced everybody to follow the clock rather than working to the rhythm of the sun.

But Paris, with its two million inhabitants and housing 15 percent of France’s industrial workers, had a dark side. Growing wealth was unevenly distributed; while wages rose significantly, profits increased far faster.

Above all, much of the city was filthy, its narrow streets extremely insalubrious, covered with piles of garbage and no sewage system.

The political economist Victor Considérant described  the capital in 1848 as ‘a foul hole where plants wilt and perish and four out of five children die within their first year.’

There had been some improvements in the previous half-century, but they were not enough to make the city liveable for most of the population who lived outside the charmed imperial center. Disease was common.

Half the population was reckoned to be indigent. Social deprivation had been a major cause of the revolutions which had brought three regime change in France in the previous seventy years as the people of Paris rose against their rulers.

Napoleon, an autocrat with a social conscience, decided to do something about it, and the result was the Paris you visit today. The man he chose to carry out the modernization of the city was a self-confident, ambitious civil servant, Georges-Eugène Haussmann.

He aimed to make Paris ‘the capital of a powerful Empire, the residence of a glorious sovereign, the seat of all major public bodies, the universal center of literature, the arts and science’.

Appointed Prefect of the Seine, in 1853, he affected the most wide-ranging transformation the capital has seen, a process continued later in the century which set the layout of the city that persists to today.

The Prefect, who enjoyed wide powers to enforce his will, had no compunction about tearing down old districts in the center and west of the city; he called himself ‘the demolition artist’.

He brooked no delay – ‘get those warts off my face,’ he said of parts of the city dating back to the Middle Ages. Though not ennobled, he was known as Baron Haussmann – simple ‘Monsieur’ did not seem enough.

You can walk today down the boulevard called after him or wander around the broad avenues radiating from the Arc de Triomphe to get an idea of the revolution he put in place.

The streets are lined with stately buildings, often with intricate decorations, There is one of the best Paris museums at the Musée Jacquemart-André (on the Boulevard Haussmann) created by a couple who made a fortune out of banking and the development of the Paris transport system.

Napoleon, the nephew of the first Bonaparte, appreciated the way in which Haussmann’s long broad avenues had the strategic advantage of making it easier for cavalry and canons to put down revolts, while property developers lined their pockets from the new apartment buildings.

For the better-off, the Haussmannization of Paris and other big cities was part of a broad improvement in the quality of life. There was a downside, however.

Though the developer said he wanted to raise the living standards of the poor, his vaulting ambitions favored the better-off while popular quarters in the east of the capital were left as slums, turning Paris into two cities with 350,000 people displaced and shantytowns created outside the city limits.

In some parts of the east, the narrow streets and alleys survive, sometimes down-at-heel though others have been taken over and turned into smart new young quarters.

The capital’s surface area was doubled to 8,000 hectares and the population increased. The rue de Rivoli in the center was enlarged as a major thoroughfare. As well as the avenues running down from the Arc de Triomphe, the boulevards de Sebastopol, Strasbourg, Saint-German and Saint-Michel were laid out. The mileage of roads in Paris doubled.

The Île de la Cité around Notre Dame was turned into an administrative center; the monumental buildings house the Paris police headquarters and law courts as well as squares with pavement restaurants.

Les Halles market, ‘the belly of Paris’, was rebuilt by the architect Victor Baltard with its celebrated metal arches – and is being revived today as a centre for leisure and entertainment after going into decline when the market was moved out of the city in 1969. A new opera house was started.

The sewage and water systems were modernized and four big parks opened – Napoleon gave the city the land of the Bois de Boulogne and Bois de Vincennes.

But the cost led to Haussmann being driven from office in 1870 after a lethal press and political campaign that exposed the financial legerdemain of his schemes.

He devoted himself to writing his memoirs before dying in 1891. But his legacy lives on in the way Paris is set out which, for all the subsequent glass and steel tower blocks built subsequently, gives the city its character and makes it one of the best world capitals in which simply to stroll the street.

Jonathan Fenby’s book, France: A Modern History from the Revolution to the War with Terror

,  was published by St Martin’s Press in November 2016.   He is a former editor of the UK  Observer and of the  South China Morning Post. He is the author of 18 books including the acclaimed  The General: Charles de Gaulle and the France He Saved and  Chiang Kai-shek: China’s Generalissimo and the Nation He Lost. In 2013 Jonathan was awarded the Chevalier of the Legion d’Honneur by the French government for his contribution towards understanding between Britain and France.