Out of Africa Movie Locations in Kenya

Movie locations guide to Out of Africa: Karen Blixen’s Kenya

When Karen Blixen published her autobiographical novel Out of Africa in 1937, under the pseudonym Isak Dinesen, it was an idealized picture of her time in Africa and a declaration of love to what is now Kenya. Follow in the footsteps of the author and visit locations from the award-winning movie, starring Meryl Streep and Robert Redford.

“If I know a song of Africa, of the giraffe and the African new moon lying on her back, of the plows in the fields and the sweaty faces of the coffee pickers, does Africa know a song of me?” – Karen Blixen

wonders in Out of Africa.

Had she lived today, I am sure she would have been pleased, because Africa knows many songs of Karen Blixen. Songs of her farm at the foot of the Ngong Hills, her love and hardship, her stories, her safari trips with Denys Finch Hatton and not least her pioneering spirit that was unusual and unwelcome for a woman in British East Africa in the 1920’s. But I have gone ahead of my story.

Karen Dinesen arrived in Mombasa, in what is now Kenya, 13 January 1914. The next day she married her Swedish friend and second cousin Baron Bror von Blixen-Finecke and became Baroness Karen von Blixen-Finecke. They bought a farm outside Nairobi and tried to grow coffee, but without much luck. The marriage was never one of love and happiness, and when it failed, she cast her love on the British big-game hunter Denys Finch Hatton.

Out of Africa
Together they went on safaris. He would take her flying and play her Mozart, and in return she would tell him stories. When her coffee company went bankrupt in 1931, and Denys was killed in a plane crash, she sold her farm and left Kenya forever.

After her return to her native Denmark, she wrote her most famous book Out of Africa. It was later adapted for the big screen, starring Meryl Streep and Robert Redford. Recently I had the opportunity to travel in the footsteps of Karen Blixen from Denmark to Kenya, visiting places where she went, places inspired by her and locations used in the Out of Africa movie.

Karen married Bror in the Muthaiga Country Club in Nairobi the day after she arrived in Africa. The club was a popular meeting place for the foreign elite in Nairobi. Many scenes from the movie are played out here, but were filmed in a different building than the original one.

The club still exists in the wealthy residential suburb of Muthaiga, but is for members only. The club is also where Karen met her lover Denys Finch Hatton in 1918. www.mcc.co.ke

Bror and Karen Blixen lived on a farm called Mbagathi on the outskirts of Nairobi for the first three years of their time in Kenya. Later they moved to the nearby Mbogani house and farm, which is now the Karen Blixen Museum.

It is located in the Nairobi suburb Karen, named after the Danish author, and opened in 1985, when the movie premiered.

When Karen left Kenya, she sold most of her belongings. However, the museum has succeeded in acquiring some of the original furniture, such as a mahogany bookcase and the white dressing table in her bedroom.

The movie production company also donated some of the props from the movie, such as safari outfits worn by Meryl Streep and Robert Redford. Her bed and the dining table are also from the movie. The house in the movie is a different house though in the same area that used to belong to Ngina Kenyatta, the wife of Kenya’s first president. www.museums.or.ke

Outside the Karen Blixen Museum, in the back, you will find two millstone tables, where Karen would sit morning and evening drinking coffee and smoking cigarettes while looking towards the Ngong Hills.

Ngong is a Masai word meaning knuckles, because the hills look like such. Ngong Hills is the final resting place for Denys Finch Hatton.

The grave is hard to find, but there is an obelisk and plaque there with his name on it.

Half a mile down the road from Karen Blixen Museum is Swedo House, which is the original farmhouse of the Blixen property. Bror and Karen lived in the newer farmhouse, so this one served as the farm manager’s house, and Karen’s brother, Thomas Dinesen, resided in the house for years.

Next door is Karen Blixen Coffee Garden, which is a café and restaurant.

Karen Blixen liked to change things for what she believed was the better. She rarely took no for an answer and defied the social etiquette of her time. During World War I she made trips to the front with supplies for Bror, and when times got hard she worked the coffee fields alongside her Kikuyu workers. She also built a school for the children of her Kikuyu workers because she believed that they had the right to an education. Meantime the Kikuyu elders and the expat community were shaking their heads in disapproval.

Karen Blixen has never set foot in Karen Blixen Camp in the Mara North Conservatory of the Masai Mara. But she went on safaris with Denys Finch Hatton in the area, and many scenes from Out of Africa were filmed there. Her pioneering spirit is very much alive in the camp and has inspired the owners to run a leading eco-friendly camp that benefits the local community.

Electricity there comes from solar panels, trash is recycled when possible, 85% of the staff is local, and the camp runs a bead project and a hospitality school for the local Masai tribe.

Upon request and sometimes as a surprise for guests, Karen Blixen Camp organizes movie screenings of Out of Africa by the Mara River – where Denys Finch Hatton washed Karen Blixen’s hair.

It is truly remarkable to sit under a sky full of stars by the very same river, watching that movie while being served a three-course meal.

Even the dinner setting will remind you of the scene in the movie, where Denys and Karen dine in the wild, and Denys’ gramophone plays Mozart. A bonfire and torches burn in the background, and one can hear cicadas in the trees and hippos in the river. It is a must for any fan of the movie.

The camp offers accommodation in large luxury tents built on wooden platforms along the Mara River. You will sleep in real beds and have all the modern amenities of a hotel. Only difference is the sound of the African wildlife active at night and the outdoor showers.

The tents are furnished in 1920’s safari-chic style, which will take you back to the time of Karen Blixen. And if the “free African massage” – as the Kenyans call the bumpy game drives – is not enough, you can treat yourself to The Baroness Massage in the camp spa.

Karen Blixen Camp is all-inclusive. A stay includes all food and drinks as well as two daily game drives with a driver guide. www.karenblixencamp.com

“You know you are truly alive when you’re living among lions.” One of Karen Blixen’s famous quotes tells us how much she loved going on safari. Denys was originally a big-game hunter, but as hunting became more and more criticized, the safari industry blossomed. Denys would take wealthy Europeans on safaris and also invited Karen to join him on some of his private trips.

In Masai Mara you will find many recognizable locations from the movie. One is the characteristic drop of the Oloololo Escarpment, on the edge of the Great Rift Valley.

It is seen in the background in several safari scenes. And then there is the wildlife. Lions, wildebeests, baboons and buffaloes all had roles in the movie, and their descendants are still roaming the savanna. Nowadays, people shoot them with cameras though.

A key location in the movie, which is also pictured on the original movie poster, is the highlands on the Oloololo Escarpment. It is where Denys and Karen have their picnic, and even though the real Denys Finch Hatton is buried in the Ngong Hills, the production company chose this site for the burial scene. The exact location is close to the site of the Angama Camp. www.angama.com

A glimpse of the world

Karen Blixen loved to fly. Denys bought a Havilland Gypsy Moth biplane that he learned to fly, and he would take her flying. She got to see Africa from the air, which was something she never forgot. She described it as “a glimpse of the world through God’s eye”.

In the movie Denys’ plane lands at Olkurruk Mara airstrip, and you will see them flying over fleeing wildebeests in Masai Mara and the Ngorongoro Crater in Tanzania.

If you fly to or from Masai Mara, it will give you an idea of what Denys and Karen saw from the air, but the best experience comes from a hot air balloon safari. As the sun rises, it paints the savanna warm orange, while you fly soundlessly over the plains in the Mara Triangle. If Denys and Karen were still picnicking on the escarpment, they would see the hot air balloons fly by every morning.

The air safari lasts for an hour, and the balloon lands not far from the movie location, where Denys’ car breaks down next to a herd of buffalos. Back on the ground, the hot air balloon company will take you to a quiet spot under an acacia tree, where the tables are set with white tablecloth, and serve you a champagne breakfast. There is nothing like it. www.skyshipcompany.com

Denys Finch Hatton was allegedly not a very good pilot, and he was killed 14 May 1931, when his plane crashed near Voi in Tsavo National Park in the southern part of Kenya. Denys and Karen’s relationship were over by then, but it still broke her heart and marked the end of her bittersweet love affair with Africa. She returned to Denmark not long after.

The beaches of Mombasa

Actually Karen Blixen’s first touch point in Africa was Mombasa on the coast. She arrived 13 January 1914 and continued immediately by train to Nairobi. The beach scenes in the movie were filmed in Mombasa, which is a good spot for a beach vacation after being on safari. So is the exotic Tanzanian island of Zanzibar, just off the coast. 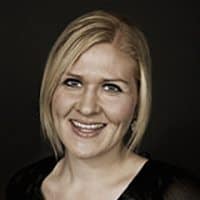