Morelia, Mexico: The Center of Michoacán

Morelia: A Mexican City Worth Discovering

As the taxi climbed a hill, heading away from the bus station, I caught my first glimpse of the pink, colonial, checkerboard city of Morelia.

From afar, Morelia struck me as a Hollywood imagining of a picturesque colonial city. Soon we hit the cobblestone streets of the city center, passing numerous gardens and the arches of the aqueduct.

The windows of the taxi were down and the air whipping my hair smelt of pastor and gaspacho de fruta. The taxi driver, noticing my hair, laughed and passed me a handle – which my door apparently shared with his – to wind up the window.

I thought about it, but noticed that the air conditioning vents were taped over with bright yellow duct tape and decorated with photos of Scarlet Johansson’s character in The Avengers, thought better of it.

Instead, I clutched the handle in my lap and decided that, yes, I was definitely going to like this city.

Morelia is the largest city in the central Mexican state of Michoacán. It was founded in 1541 and was one of the first Spanish cities in Nueva España. Originally called Valladolid, the city was renamed following the war of independence to honor José María Morelos, a local born priest and a major figure in Mexico’s struggle for independence. The city center, which boasts over 200 historic buildings, was listed as a UNESCO World Heritage Centre in 1991.

The 2008 edition of Lonely Planet’s Mexico describes Morelia as “the best city (in the world, not just in Mexico) that you’ve never heard of” and in 2015 the city still only receives small numbers of foreign tourists. Those travelers that do make their way to Morelia are rewarded with excellent museums and spectacular colonial buildings to explore, a thriving café culture to enjoy, and a plethora of festivals and cultural events.


The city’s skyline is dominated by the Catedral de Morelia, an imposing baroque style cathedral that was constructed over a hundred years and completed in 1744. The Cathedral contains a number of paintings by notable artists of the 18th century, including Juan Rodríguez Juárez, José Maria de Ibarra, and Miguel Cabrera. Every Saturday night the Cathedral is the site of an impressive light and fireworks show.
Competing with the Cathedral for the title of Morelia’s most distinct landmark are the 253 arches of the city’s impressive aqueduct. The aqueduct was built between 1785 and 1789 and extends for over a mile through the eastern part of the old city center. 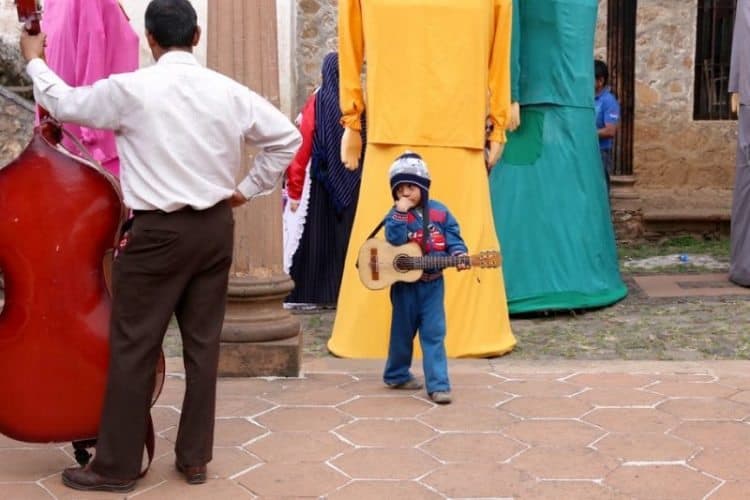 The most spectacular landmark in Morelia, however, is the Santuario de Nuestra Señora de Guadalupe. While outwardly unassuming, the Sanctuary’s breathtaking interior combines the indigenous tradition of clay with fine European plasterwork, resulting in one of the most beautiful and ornate churches in Mexico.

There are many other sites worth seeing around the city, including the Museo de Dulce, the Museo Casa de Morelos, the Plaza de Armas and the Jardín de las Rosas. However, the appeal of this unique city extends beyond its charming gardens, plazas, and architecture.

Morelia is a lively, cultural city that seems to always be celebrating something. The annual Morelia International Film Festival in October attracts huge names in film including Selma Hayek, Jennifer Lawrence, and Quentin Tarantino.

The Morelia Music Festival, which is now in its 25th year, hosts some of the best concert performers from all over the world, while turning the city’s spectacular colonial buildings into impressive venues.

While these high culture events attract huge audiences, the city of Morelia can also celebrate the frivolous. Each year, for example, thousands of the city’s residents gleefully apply layers of costume makeup and participate in the Zombie Walk.

Morelia is one of Mexico’s biggest Day of the Dead destinations, and the city is adorned with decorations and alters during the celebrations. On the Night of the Dead hundreds of men, women, children and dogs dress as catrinas and parade through the city’s main street. However, even Morelia can’t compete with nearby Patzcuaro, a town nearly synonymous with Day of the Dead.

Patzcuaro, an hour’s bus ride from Morelia, is a town well worth a visit. Patzcuaro retains both its colonial and indigenous character and is among Mexico’s designated Pueblos Mágicos (Magic Towns) as well as one of the United Nations’ 100 Historic World Treasure Cities. The town is the market hub for the dozens of specialized artisan villages nearby, and is a fantastic place to shop for copperware, pottery, guitars, wooden chests, silver work, stone carvings and much more.

If you’re more interested in witnessing a natural spectacle, the state of Michoacán does not disappoint. Each year, around mid-November, millions of monarch butterflies arrive at the nearby Monarch Butterfly Biosphere Reserve. The butterflies migrate more than 2,500 miles from the Great Lakes region in the USA and Canada to spend winter in Mexico’s central highlands.

In February and March each year the butterflies breed at the Reserve, before beginning their migration North. For more information about this spectacular natural event, read Molly Beer’s great article, “In the Land of the Butterflies”.

Slow Down and Enjoy

Morelia is a city best enjoyed at a slow pace. Meandering through a museum, enjoying a coffee at one of the many cafes, or drinking a beer at the Jardin de las Rosas are some of the best ways to spend an afternoon here. Alternatively, pack a picnic and head to the Bosque Cuauhtémoc (or pick lunch up from a torta stand there) and spend the afternoon people watching.

The city is immediately charming, and it’s not uncommon for those that do visit to extend their stay here. I confess I ended up staying a month longer than I intended while taking Spanish classes at the fantastic Baden Powell Institute. I can also confess that, after spending five weeks here, I’m no less charmed than when I first arrived. 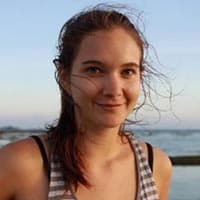 Genevieve Dwyer is an avid traveler and has visited around 25 countries so far. When at home, Genevieve provides communications support to Not-For-Profit organizations.