Climbing in South Korea is an amazing experience, if you’re adventurous enough.

Rock climbing in Korea is usually trad or sport. There are over 300 places to rock climb as mentioned on a popular website, Koreaontherocks.com.

I consider myself to be only a beginner, and found the terrain to be fine for me. I climbed Insubong, route Kodokgil, grade 5.6. I was lucky enough to find a friend who was a veteran in rock climbing, Billy.

Billy had graduated from climbing school and had some extra equipment I was able to use. Billy was a confident climber, and I found climbing with him to be reassuring.

We started out for our climb at five A.M. It was a good idea to beat the crowds, Billy explained. In rock climbing, crowds usually aren’t a problem in most places. But in Korea, where you have a population of about 10.5 million in just one city (Seoul), and a metro area of 26 million, crowds become a problem even when traveling to the mountains.

When we started hiking up to the rock it was still dark out, but it was quite nice with the refreshing morning breeze. When climbing up, I thought we were the only ones crazy enough to be there at five in the morning. But then I saw a dark figure walking down the mountain.

The man had long hair and a beard; he actually had a wooden hiking stick. This is rare in Korea, usually Koreans buy legitimate steel hiking poles similar to ski poles. I asked my friend Billy exactly what was this homeless man doing?

Was he a Korean mountain man? Billy told me he worked at one of the food places at the top of the mountain. Every morning he brings up the beer and makguly and brings down the trash. Impressed, I thought to myself, his legs must be steel from hiking the mountain every morning!

During our hike we heard a little friend barking at us. We met up with a baby wolf it seemed. The pup looked suspiciously like a baby husky but there were no humans in sight.

It was interesting because the barks sounded just like a normal puppy. After having a bit of a standoff with the cute friend we decided to keep moving– just in case his much larger mom was waiting nearby.

After hiking, we finally made it to the foot of the rock. Looking up was a bit intimidating since it was a couple hundred meters high. But finally we started climbing, and it was a great feeling. Billy would go first, making an anchor as he went, and then I would follow. After a couple pitches up Billy yelled down to me “Hey! We don’t need a rope for this, we should be fine.’”

I looked down the sheer cliff face and imagined looming death waiting at the bottom, and I was a bit suspicious. I replied hesitantly “Are you sure?”

Right, isn’t that what the rope is for? So I don’t fall and hit the ground?

But despite my reservations, I just slung the rope over my shoulders and started climbing ropeless.

Enjoying the View from the Cliff

It was great stopping in the middle of the cliff and enjoying the view. At one point I was just sitting on a tiny edge in the rock looking out at the view. It’s truly an amazing experience. It’s really great to look down a couple hundred meters and see all the climbing you’ve accomplished and then look out at the view.

It’s a surreal experience, being out there in the mountains with nothing but yourself, your friend, and your equipment keeping your life safe.

As a beginner, this was not a bad climb. It was relatively safe with places to rest in between. We made it to the top within about 3-4 hours.

The view included views of the city and Bonghwasan National Park. We belayed ourselves down the enormous rock formation once we were done admiring the spectacle.

By this time Koreans started to invade the mountain around ten A. M. We had two Koreans watching us belay down the rock and they were cheering us on. It was a great experience, and I won’t soon forget it. 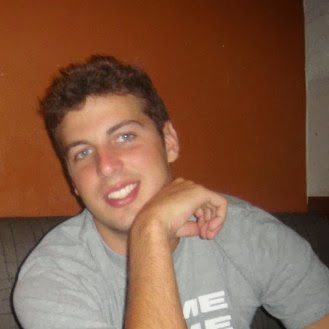 Carson Mills grew up on Cape Cod, Massachusetts. His first travel experience began when his family took a trip to Europe when he was about 14 years old. Ever since then, he has taken it upon himself to travel the world. He graduated from University of Massachusetts Amherst in 2012, with a degree in International Relations and a focus in Cultural Anthropology. Carson currently resides in Seoul, where he can be found adventuring almost every day.