Republic of Georgia: Tbilisi is Easy

Georgia on My Mind: Not peaches, Not Atlanta, instead, the country

While I have always had ‘Georgia on my mind’ as a country to visit (as well as a song to sing), but I don’t do crossword puzzles, so I had never heard of Tbilisi. I have traveled to over 100 countries and hold a masters degree in geography, but I must admit my gross ignorance of this capitol city of the Republic of Georgia.

I am embarrassed by my ignorance. I flew into Tbilisi with its easy and cheap multiple connection options to its striking modern and efficient airport. It is a thriving modern city of 1.5 people including a diverse mixture of Armenians, Ukrainians, Russian and Azeri people following a highly Christian East Orthodox religion. Georgia was a Soviet Socialist Republic from 1921-1991, and achieved its independence at the breakup of the Soviet empire.

Tbilisi has many striking new architectural masterpieces, but Rustaveli Street, is a dramatic main thoroughfare lined with heroic classical buildings housing the state opera, many important museums and the national parliament, as well as many fashionable stores housed in former mansions.

I stayed at the superb Envoy Hostel in the center of old town but the Marriot Courtyard Hotel on Freedom Square is ideally located on the edge of old town and Rustaveli Street was a tempting option.

Despite its many modern bustling boulevards, it is the old town of Tbilisi that intrigued me and that I fell in love with. The old town preserves a unique historic architectural heritage with its unique hanging balconies, on the Kura river huddled around the base of several peaks. (photos)One crowned with the magnificent walled Narkhala fortress, (photos) others with classical churches. Day or night ‘old town’ thrives with the pulse of urban life.

The old town is a marvel to explore along narrow cobblestone streets crawling up the mountain beneath the many hanging balconies and could include visits to the Sioni cathedral or the impressive Sameba cathedral, with its traditional Orthodox cross-dome style. It is third tallest Orthodox cathedral in the world. Or take the 1.5 kilometer tourist route along the crest of the hill overlooking the city or alternatively take the cable car up to the mediaeval Narkhala Fortress.

While 90% of Georgians are Christian, Tbilisi is known for its religious tolerance. In the old town a synagogue, a mosque and both eastern and western orthodox churches are all within 500 metres of each other.

The old town is alive with thermal bath houses, restaurants, cafes, and a thriving night life. Several pedestrian streets are a maze of restaurants, cafes and shi-shi bars (hookahs). In the ‘Meidan’, the heart of old town, I imbibed in local culinary delicacies at the famed restaurant favored by locals called Qaliquri Samikitno with large windows overlooking the Metekhi Church, across the river.

It offers the full range of culinary Georgian delicacies including kinkhalis, a dumping filled with mouth watering spiced pork, kabobs, and khachapuri (cheese pies ) and of course local wines. Georgia produces excellent wines dating back to 7000 BC! On another special night out I ate at the renowned Pur Pur restaurant in the old town and enjoyed Georgian cooking at a high level of modern cuisine including a live concert with a jazz trio. ( photo )

It is worth taking one or more day trips out to the surrounding areas. A highlight is a day trip to Mtskheta the oldest city in Georgia dating back to the third century, a former center of political and cultural life in ancient Georgia just 20 km north of Tbilisi. (photo) On the scenic route there in early April, there was a constant view in the distance of the snow capped Caucasus mountains covered in fresh snow.

As I approached Mtshheta the Caucasus provided a striking backdrop to the sixth century Jvari Georgian Orthodox monastery perched atop a nearby peak. I spent another delightful day in wine country exploring the charming town of Signaghi in the foothills of the Caucasus, engaged in wine tastings and visits to historical sites and the Bodbe Monastery overlooking the town.

To hire a car and driver for these day excursion only cost $10-20. Excellent more organized tours with knowledgeable guides booked through Envoy, a highly recommended company.

The Caucasus are the highest mountain range in Europe running 1200 km. between the Black Sea and the Caspian Sea, with Mount Erebus at over 5642 metres, the highest mountain in all of Europe. For a more extended trip to Georgia, and a true taste of the Caucasus, a trip should be taken high in Caucasus Mountains, to Svaneti and centuries-old defensive towers looming over remote villages.

The best stopping off town en route from Tbilisi, is Kutaisi, the secind largest city and might include visits to nearby Bagrati Cathedral and the Gelati Monastery both stunning UNESCO World Heritage sites. For a visit to the Black Sea regular trains travel to a typical seaside resort city of Batumi.

Before I left Tbilisi I had a coffee chat with Shorena, a couchsurfer contact, a lovely young academic at Georgia Technical University. She teaches managerial studies after receiving her doctorate in that field. She went straight through from a BA to MA to Ph.D without any intervening years working, except for a maternity leave for her now 7-year-old daughter.

She is yet another universal story of a single mom working hard at a career and rushing home to pick up her daughter from day care. Her mother lives a short bus ride away and spends two days a week looking after the child. Among the many insights I learned about Georgia from Shorena was the amazing fact that annual university fees in Georgia are only 100$ US.

She also revealed an underside to life in Georgia not evident from walking around in this bustling modern city with fashionable shops, including top designer stores like Armani and Burberrys. Unemployment rates for 15-24 year old Georgians ranks 11th in the world at 35%! With many casinos in the city, gambling and alcohol addiction among the unemployed young is high. ‘

Corruption in the Party

Shorena made the comment that salaries for the most senior official in government are only about $25,000 per year, but they all drive Mercedes and live in fashionable mansions in prestigious neighborhoods in the city. She rubbed her thumb and forefinger together with the universal symbol of people on the take.

At one time public confidence in local police was below 10% when the police were on the take for everything, but now public confidence is over 80%, so things are improving. The police presence in Tbilisi was amazing. I felt safe walking the streets at all times of day and night. But life is deceptively difficult. Teachers, for example in Georgia earn only $200 -300 a month. and a retired principals pension is only $100. Everyone has to work two or more jobs to get by.

The thermal baths of Tbilisi are renowned for centuries. I couldn’t resist trying the local version. I have tried many national bath houses and national massages from Sweden to Japan and everything in between, but my Tbilisi massage beats them all. I entered the main domed 300 year old wash/shower room where a dozen naked men from 18 -99 showered, washed and preened.

Some were toned and muscled on an overindulgence in protein shakes and pumping iron, while others had saggy asses practically falling on the floor ( remember that ‘Sex in the City’ scene?). After washing down in the sulphur showers and an emersion in the hot sulphur baths I was ready for my massage. I felt like I had been at a culinary equipment trade show where I was the demonstrator’s subject. If there is such a thing as a human cuisinart I have been through it. I was first scrubbed down at high speed with a quasi SOS pad, coarse enough to scrub the skin off an elephant.

It sure scrubbed the skin off this old bull. Raw skin rolled off my body in ribbony strings of flesh. I was then soaped in a lather so thick and oily i disappeared inside it. Every part of my anatomy was slapped and pummelled like I was pizza dough, then run through a pasta making machine, and finally, with no inhibitions whatsoever the masseur ran my testicles through his human mixmaster. and then slapped them around as if to simulate a tumbler dryer. Stevie and the twins were not very happy. I was not sure my plumbing would ever work again.. I was not sure my body would ever work again…. I was not sure I would ever relax again !

Yet Georgia, and its capital Tbilisi was surprising delight, rich in history and visual splendours and Georgians are a delight; so welcoming, warm and open. 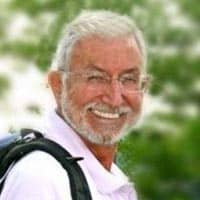