Republic of Georgia: Hiking in Svaneti

Hiking in Remote Svaneti, Republic of Georgia: Stunning mountain views in a land that feels like the 12th century

My travel partner and I had both read extensively about Svaneti, the premier destination for Georgia hiking, and the highest inhabited region in the Caucasus. Its fascinating landscape and history pulled me in. I had first come across the name ten years ago, skimming through the travel section of an Italian magazine.

I remember gazing at the photos of the medieval stone towers and the Caucasus mountains in the background, and being awe-struck by the fanciful claim that in these regions time had stopped in the middle-ages.

People still lived according to a centuries-old code of honor, and even the language itself was markedly different from the rest of the country, retaining a medieval dialect of Georgian.

Giacomo, my travel partner, had become enthralled in the story of a young American who had reached the region as a backpacker twenty years ago, one of the first travelers to do so, and had been adopted by a local family, taking their photos and documenting their lifestyle, and, upon his return, had become a renowned National Geographic photographer.

A photographer himself, Giacomo could barely hide his own excitement.

Valleys and Gorges
Svaneti’s communities develop along a series of valleys and gorges, squeezed between mountains whose peaks often exceed 15000 feet above sea level.

Every year the melting snows are drained into the regions’ two main rivers, which rush furiously in spring and summer to the Black Sea.

Each community is usually formed by four or five villages comprised of few families. Every village is made of few houses clustered around the medieval stone towers which served as defense structures for the families during the invasions of Mongol tribes, and have survived invasions, earthquakes, avalanches and every adverse human and natural event for centuries.

Many of the country’s religious relics were carried on foot and horse into the region to protect them from invaders, and the towns of Svaneti today vividly retain both this religious and defensive character. The people of Svaneti, the Svan, proudly boast about being the custodians of true Georgian culture and identity.

Reaching Svaneti with public transport requires patience, resilience and a few words of Russian. Marshutkas, the typical minibusses of Georgia, run on random schedules which often depend on drivers’ whims, and the only guarantee of departure, is a full marshutka. Zhabeshi, last village on the Enguri valley.
There is only one road which starts at Zugdidi, a town just under the border of the separatist region of Abkhazia, and the beginning of any journey into Svaneti.

The road is dotted with potholes and fallen rocks strewn on the side of the road which drivers avoid swerving left and right. It winds and climbs steeply for 80 miles alongside the Enguri river.

In the evening we reached Mestia, Svaneti’s largest town, and the administrative center of the region. Mestia is modern, and at first sight, might come as a disappointment when compared to the tales and descriptions of past travelers.

The Georgian government has concentrated much of its efforts in promoting tourism, opening ski resorts and a small airport to boost the number of travelers to the region.

However, in doing so it is also working hard not to spoil the natural and historical value of the region.

Mestia has banks, a modern tourist information center with plenty of maps and helpful staff, modern accommodation facilities, as well as the highest number of historical towers, an ethnographic museum and a number of monasteries.

We arrived late in the evening and stayed in one of the many family-run guesthouses which offered us a private room, traditional breakfast, and dinner which consisted of soup, vegetables, freshly baked bread, honey and home-made cheese, and a packed lunch for the day’s excursion.

That same night we explored the town, and within minutes were invited to drink with the local baker and his friends in his shop, toasting on chacha, Georgia’s infamous brandy, usually made from grapes, but in Svaneti distilled from fermented wheat, making it barely drinkable.

Our host was a tall, loud man with a shaven face and no sense of humor, eager to show us Svan hospitality.

And before every toast, every cup must be slightly refilled with new brandy. I made a fool of myself taking a sip absent-mindedly without raising my glass, and was scolded at length by our host.

Luckily, just as quickly as he felt insulted by my gesture, he pardoned me for being a foreigner and not knowing the ways of Georgia. I made sure not to make that mistake ever again. After toasting to every person we knew, we staggered back to our guesthouse.

We planned to make our first hike towards Zhabeshi, a small town further up the valley. Leaving Mestia was fairly easy, and the paths were clearly marked and well maintained even though we were probably among the first to make the hike this year.

Although we were going to continue along the valley, we would have to first climb over a ridge to stay away from the main road.

During the initial climb, we zigzagged through a forest of fir trees until we emerged in the open and could see the pass ahead.

We joined forces with an enthusiastic Dutch couple we met on the hike and decided to continue together.

The descent into the valley kept us mostly high up on the north bank of the river, giving us breathtaking views of the towns and the towers below, the cattle grazing in the fields, the scent of blooming flowers, and the incessant croaking of frogs and toads mating in the puddles left behind by the snow.

We passed a couple of villages in the Zhamushi community where piles of dung were stacked against the stone houses and the crumbling towers.
A group of men sporting heavy coats and bushy mustaches called us over and shared their wine: “Please stay with us” they asked.

“People never stop in our village, the always go to Mestia, to Zhabeshi”. We seriously considered staying, knowing we would enjoy the incredible hospitality.

But we had only walked a few hours and we wanted to see and explore much more. We reluctantly declined the offer and instead of disappointment, we were met with more smiles, wine, and recommendations for a guesthouse in Zhabeshi.

The hike was fairly easy, the path wide and offered many vantage points to take in the scenery. We arrived in the evening, just before sunset. We were directed to a family guesthouse run by a fiery young Svan woman who over the course of the evening passionately tried to explain to us why Stalin is so important for Georgians. Giacomo was thrilled to discover she personally knew the American photographer from her childhood.

She spoke excellent English which she said she had learned from him. The guesthouse wasn’t ready as we were the first guests to arrive this year, but rooms were quickly arranged, and we spent the evening together, listening to Svan songs and watching the women of the house prepare dinner.

The following day we accepted our hosts’ offer of a guided tour to the Shkhara Glacier. To reach it we first had to drive for 3 hours to the village of Ushguli, Europe’s highest inhabited village.

Our car broke down on the muddy unpaved road, and we were lucky to get picked up by yet another Dutch family who had rented a private 4×4. From the village, we began our hike to the glacier.

We were considerably higher than the previous day and often had to wade through deep snow.

This time, the path was hard to follow, and water rushed down from all sides of the valley.

The sky was grey and heavy, the mountainsides bare, the dark rock in stark contrast with the snow patches clinging to it. The eerie landscape and the solemn silence in the air created an uncanny atmosphere during the hike.

The scenery’s effect was overwhelming, but the peak of Shkhara Mountain stayed hidden in the clouds. We eventually reached the glacier’s limit after 4 hours hiking and rested at the top of a small hill overlooking the waters rushing out from under the ice.

Our return was considerably faster and as we approached the village the sky finally opened up, presenting us with the glorious sight of Shkhara’s peak, 17000 feet above sea level, the highest in Georgia. The feeling was indescribable, but we knew the long hike had been worth it.

Although we missed out on some of the longer hikes because of the lingering snows, we were lucky to experience Svaneti just as it was waking up from its long winter slumber.

In early May many of the passes were still inaccessible and some of the paths needed to be redrawn and marked again. But the experience of treading on the fresh crisp snow of late spring, and enjoying the local’s renewed hospitality made up for any missed hiking opportunities.

Georgia has made significant investments in recent years to develop its tourism industry. The official tourism board website offers detailed information on destinations all across the country. website

The best time of year to visit Svaneti is between June and September when the snows on the main passes have melted and most of the hikes are accessible. In May many of the passes might still be blocked with snow depending on the year’s snowfall.

Most of the hikes are well marked and the paths are usually maintained and updated, however water-proof hiking boots and gear are indispensable for all hikes, and hiking sticks recommended for some of the steeper climbs.
Some words of Russian will come in handy, but learning to say a few words in the Svan dialect will be extremely appreciated by the locals.

It is possible to reach Zugdidi by train (once a day from Tbilisi) or marshutka with frequent departures from Tbilisi, Kutaisi and Batumi.

Marshutkas leave from Zugdidi’s train station to Mestia (20 GEL), the last departure is usually in the early afternoon.

Taxis from Zugdidi can be shared with up to 4 people for 100 GEL (negotiable).

Many families run guesthouses in the villages where they provide private and shared bedrooms, fairly modern facilities, internet and rich home-cooked breakfasts and dinners.

Rooms may be found at the last moment, but in July and August it is best to book in advance, many of the guesthouses are also present on some of the major online booking websites. 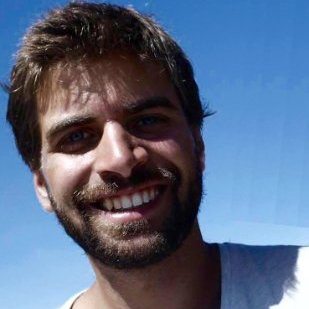 Chris Dowling grew up in Venice, Italy. While everyone travels to see his hometown, he has always wanted to travel everywhere else. He graduated with a Master’s degree in Social Anthropology and has a keen interest in the cultural, political and historical elements of his destinations. He lives and works in Turkey, the perfect base to explore the Middle East, the Caucasus and the Balkans, his favorite destinations.

Giacomo Frison is a photographer currently based in Venice, Italy, where he was born. His work is mainly inspired by the relationship between man and nature that leads him to adventure and discovery.http://giacomofrison.com/

Tenerife, Canary Islands of Spain
Land Mine Museum in Cambodia
Iran: Sistan in the Far Southeast
Boston City Pass: Museums, Aquariums, and Skywalks
Visit the North Pole Aboard a Russian Icebreaker
Doing Dharma in Dharma-ville: A Year in McLeod Ganj