The car my fifteen-year-old daughter and I had hired in Medan to take us to a jungle village stopped in the middle of nowhere. I searched the night for lights. Nothing. I was about to panic when a man and woman materialized in the darkness.

“Welcome to Tangkahan,” said Megadepouri, the proprietor of Mega Inn, our home for the next four days. (Like many Indonesians, Megadepouri uses one name.) We followed his flashlight beam down a dark path and across a rope pedestrian bridge, a 15-minute walk to the guesthouse.

Our hut had bamboo walls, a tin roof and a bathroom with a bucket and scoop to flush the toilet.

“There’s a plant growing in the bathroom. It’s charming!” Lizzie said. It was charming — and basic. But at $6 night we couldn’t complain. Plus, we weren’t in Tangkahan for air-conditioning or lavender-infused aromatherapy —we were there for the elephants.

Sumatra is the largest of Indonesia’s more than 17,000 islands. Lizzie and I were visiting two villages in North Sumatra — one known for elephants and the other for orangutans.

Both are in the vast Gunung Leuser National Park, a UNESCO World Heritage site blanketing more than 3000 square miles. Like many of its inhabitants, though, the park is endangered, its edges chipped away by illegal logging and palm oil plantations.

And then, at sunrise, I was jolted awake by a BANG. Was someone on our roof? I slowly cracked open the door to our deck overlooking the Buluh River and spotted a long-tailed macaque (known as “cheeky monkeys”) on our neighbor’s roof where it had just leapt from ours.

A few other monkeys chattered as if laughing at me. After the initial surprise, it turns out watching monkeys frolic was a nice way to wake up.

After breakfast, we set off to wash elephants. We walked with our guide to the Conservation Response Unit office and signed in. The rangers, noticing we’d listed “USA” under “country,” called out “Obama! Obama!”

Many of the Indonesians we met were proud of “their” president — that as a child he’d lived in Jakarta with his mom and Indonesian stepdad. Outside the office, we saw eleven Sumatran elephants standing in a field. The CRU consists of ex-captive or “troubled” wild elephants, who’ve trampled local plantations and, who, with their handlers (mahouts) patrol Gunung Leuser.

The elephants strolled single file to the river, followed by a dozen tourists. Lizzie and I watched as the elephants immersed themselves in the river. We were each handed a scrub brush and we got to work. After the elephants got a good washing, a mahout saddled one and Lizzie and I crawled onto her back.

I assumed we’d take a leisurely stroll on the gravel road back to our guesthouse, but this wasn’t the case. After our mahout announced, “Elephant like exercise!” we trekked up and down steep jungle paths. I held tightly to the metal bar and hoped Lizzie was doing the same. Something slithered into the bush.

“Not poison snake. But cobra and python live here,” the mahout said. Pointing to a steep path visible on a nearby mountain, he said, “Wild elephant track.” There are between 200-300 elephants in Gunung Leuser and though we didn’t see any wild ones, we enjoyed visiting our “trouble” ones.

After a few days of elephants, it was time for great apes, so we headed to Bukit Lawang, a small tourist town known for its wild and semi-wild orangutans. Sumatra is one of only two places in the world where these mammals live.

Orangutans may be Bukit Lawang’s stars, but there are many other players, including tigers, white-handed gibbons, Thomas Leaf monkeys, long-tailed macaques, monitor lizards, and sun bears. Our jeep bumped along what could optimistically be called a road and across rickety plank bridges.

Three hours and many bruises to our rears later we arrived at Bukit Lawang, checked into our guesthouse and booked our jungle trek for the following day. We made sure to hire an official guide since less reputable ones sometimes offer orangutans human food, which can sicken or kill them, or allow visitors to get too close to them. Since orangutans share 97% of our DNA, they can catch human illnesses.

Early the next morning, our guide led us up a steep path and pointed to a freshly-built orangutan nest in a tree — they build two a day, one for “siesta” and one for sleeping. It was empty but we saw three Thomas Leaf monkeys, which we dubbed ‘the punk rockers’ as they sported little black mohawks in gray fur. Our guide silently motioned to the top of another tree. A female orangutan and her baby!

We watched, the baby clutching the mom as she swung from branch to branch like an acrobat. After another mile, we saw more orangutans — a male, female and baby. The female was a semi-wild orangutan so our guide knew her name. “No name,” he said when I asked about the male and baby. Wild orangutans don’t have names.

Gaping at the Foreigners

After our trek, we cooled off in a calm section of the Bahorok River. We quickly covered our one-piece swimsuits with sarongs when we got out. Although tubing is one of the more popular activities in Bukit Lawang, it’s still a conservative area and we felt uncomfortable uncovered, especially when we saw large groups of Indonesian tourists staring at foreigners in skimpy swimsuits — similar to how we’d gaped at orangutans earlier that morning.

From Bukit Lawang, it was a quick bus trip back to Medan. The city has a horrible reputation among travelers, but we were thrilled by its liveliness — and to have flush toilets for the first time in two weeks. We caught the fast Railink to the airport and waved goodbye to our favorite corner of Northern Sumatra. 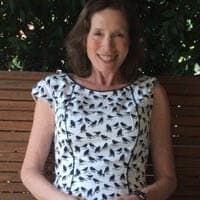