Honduras: Taking a Taste of Tela

A Taste of Honduras in Tela

Out of the window from the cheapest buses around, the north shore of Honduras is hot, slow, and full of surprises. Fruit trees line the bumpy highway.

Just behind are green mountains covered in dense jungle. Glimpses of beaches and ocean peek though the concrete of dusty towns.

I’m leaving Tela, a small town on the Caribbean, on my way to Roatán, an island paradise of palm trees and world-class scuba diving.

Tela is on a long beach, not your white sand perfection like other parts of the Caribbean but great for swimming and long walks.

To the east are Garifuna villages, places to eat special seafood soup of lobster, shrimp, fish, and conch cooked with coconut milk and lots of spices.

The Garifuna are the descendants of shipwrecked slaves and Carib Indians whose long history culminated in 1796 when the British expelled them to Roatán. They brought Afro-Caribbean culture to Belize, coastal Guatemala, and Honduras – drum-based music, rice-and-beans cooking, and friendly people who speak Spanish, English, and the English-derived but nearly incomprehensible Creole.

Tela is a smaller, safer version of larger Honduran cities like San Pedro Sula or La Ceiba. It has plenty of tourist facilities, but it’s a real town of honking taxis, crowded supermarkets, generous street food, a little plywood market, and a tree-filled center square.

Low-key beachside nightclubs bump at night, and the town is safe enough to walk back to your hotel, though not along the beach.

My trip to Tela involves two boats, two chicken buses, two taxis, a passenger van, and a total of eighteen hours of travel. From foreigner hangout Placencia in southern Belize, a little boat takes me through mangrove waterways to the mainland, where I wait in the hot sun on the side of the road for the chicken bus.

Chicken buses are standard public transportation in Central America. Refurbished US school buses, they stop everywhere, play loud punta rock, and occasionally break down. At least during stops and breakdowns you can buy fresh mangos and coconut bread.

Two hours later I get off the bus in the sleepy town of Punta Gorda and meet other foreigners looking for boat tickets to Guatemala. Rob from Edmonton, traveling by bicycle for six months, is headed to Livingston. Three Canadian girls are traveling to Puerto Barrios and then into Honduras, like me.

“The best way to get to the Honduran border is to take a taxi from Puerto Barrios. They fit four people,” says the Belizean boatman. The girls agree to share the cab with me.

Honduras: Crossing the Gulf of Honduras

The boat crosses the Gulf of Honduras to Guatemala’s little corner of the Caribbean, first stopping in Livingston to let off my friend and his bicycle. Hustlers selling boat trips upriver to inland Rio Dulce in jungle Guatemala surround him, pushing flyers in his face. He waves them off, we wave goodbye and the boat continues on to Puerto Barrios.

As we disembark the boat driver points out a reliable taxi driver, who calmly maneuvers us out of the chaos of Puerto Barrios, where traffic follows few rules and markets spill into garbage-filled streets of the bustling port town.

Once out of Puerto Barrios, the taxi turns into the mountains, taking us through huge palm and banana plantations. The driver explains that it is all owned by United Fruit (now broken into Dole and Chiquita, among others, but the driver still calls it United Fruit).

Banana bunches the size of sleeping dogs are wrapped in big blue plastic bags to keep the bugs out. He tells us that the palms are new, planted after Hurricane Iris wiped out the banana plantations in 2001, along with the local economy and jobs for his friends and family.

We stop at the Guatemalan border office, get our exit stamps, and exchange money. It’s a small concrete building in the middle of tall trees where a large group of uniformed men lounge in plastic chairs watching soccer. They give us handfuls of Guatemalan tourist pamphlets even though we are leaving.

The Honduran border is just as easy. On the other side a chicken bus awaits to take us to Puerto Cortez where we will transfer for San Pedro Sula, the second-largest city in Honduras.

A lush, mountainous landscape opens up before us The bus bounces, and loud Latin ballads crackle on the old speakers.

The smell of burning diesel mixes with the salt air. Drunken teenagers taunt each other.

I talk with Jenny from northern British Colombia who now lives in San Francisco. She and her two friends have been traveling south from Cancun, the same as me, and they started about three weeks earlier, again like me. They won’t be going onward to the Bay Islands.

They will fly out of Tegucigalpa, the capital of Honduras, and want to spend their last few days in Tela, a beach town. Hopefully, they can make it all the way today. She is worried about passing through San Pedro Sula, where I’m thinking of spending the night, saying it’s dangerous after 9 PM.

Just as the sun sets we enter the outskirts of San Pedro Sula. We pass corrugated metal slums and race through downtown, catching quick views of tall churches, dull office buildings, and darkened alleys. By the time we get to the bus station on the outskirts of town, it is fully dark. Decisions must be made.

Grateful that I can speak Spanish, Jenny and the girls want to keep traveling together. Well, one option is to take a taxi back into central San Pedro Sula, find a hotel, and lock ourselves in, afraid to venture out into the dangerous Honduran night. Or we can hire a taxi for the hour-plus ride to Tela. There are no more buses, with the last bus north leaving at 6:00.

A man with a badge inside the bus station introduces us to Javier, a taxi driver he trusts. He has a big belly, a shy smile, and an honest face. The price is doable at about $30 US for the several hour ride. We agree and pile into the rusty taxi, its worn shocks sagging with our weight.

Javier turns friendly about twenty minutes into the ride. We talk about the crazy foreigners he’s driven, a carful of Spaniards who drank beer the whole way. We talk about language, about the Honduran slang words he uses and what they mean. When we venture into the vulgar territory, he cautiously eyes the girls in the backseat.

What’s inside a baleada? “Don’t worry,” I say. “They don’t speak Spanish.”

As we drive the windshield continuously fogs over. Javier slows down and squints, occasionally wiping it with his sleeve. In between laughs, I realize that hours have already passed and we don’t seem anywhere near the coast.

I look back at the girls. Jenny whispers, “So slow.” Javier starts talking again and I notice the speedometer go down to 30 KM an hour. Then 20. He must notice the faint sound of eyes rolling in the backseat and says, “You think I’m too slow. Well, the road is really bad.”

Sure enough, he speeds up, but just as our conversation gets animated again, the car hits a big pothole and gets a flat. I help him change it on the side of the road as semi-trucks fly past honking.

We arrive at Tela around midnight. It doesn’t look like much – a deserted concrete town of shuttered buildings.

We find a cheap hotel with four beds in the room and go out. The hotel lady said it was safe.

A block away from the hotel we see lights and smell food – a baleada stand, our first of what would be many baleadas, a big Honduran taco made with a soft flour tortilla, beans, cheese, and a meat or egg filling.

I eat baleadas most days of my subsequent two weeks in Honduras.

We get up early the next day. The deserted concrete town is now wide open, full of hustle and bustle.

The beach is only five blocks away. It stretches out far in both directions, with jungle spilling out on the shore beyond the beachfront of low-rise hotels and seafood restaurants.

A Hotel on the Beach

The girls get a nice hotel on the beach and I move into a single room in my cheapie. Besides exploring the town, eating baleadas, and walking on the beach, we visit Lancetilla, a big botanical garden first used by United Fruit to test the viability of growing exotic fruit trees in Honduras.

Beyond the garden, jungle trails take us to small streams, a swimming hole, trails of marching ants, and swarms of mosquitoes. Three days later the girls head south and I take the bus to La Ceiba, where the ferry leaves for Roatán, my ultimate destination. Last year too I tried to come here, lured by visions of clear turquoise water and cheap scuba diving.

Bitten by a Dog

I had planned to travel overland through Guatemala. I never made it. I got bit by a stray dog in Chiapas and had to stay in Mexico for three weeks to get my rabies shots. I could have rushed through Guatemala for Honduras, but then I would have missed out on everything on the way.

Well, this summer I made it. Roatán certainly delivered paradise and more, but months later, the real memories come from what was unexpected: a long journey, an unplanned stop, and new friends. 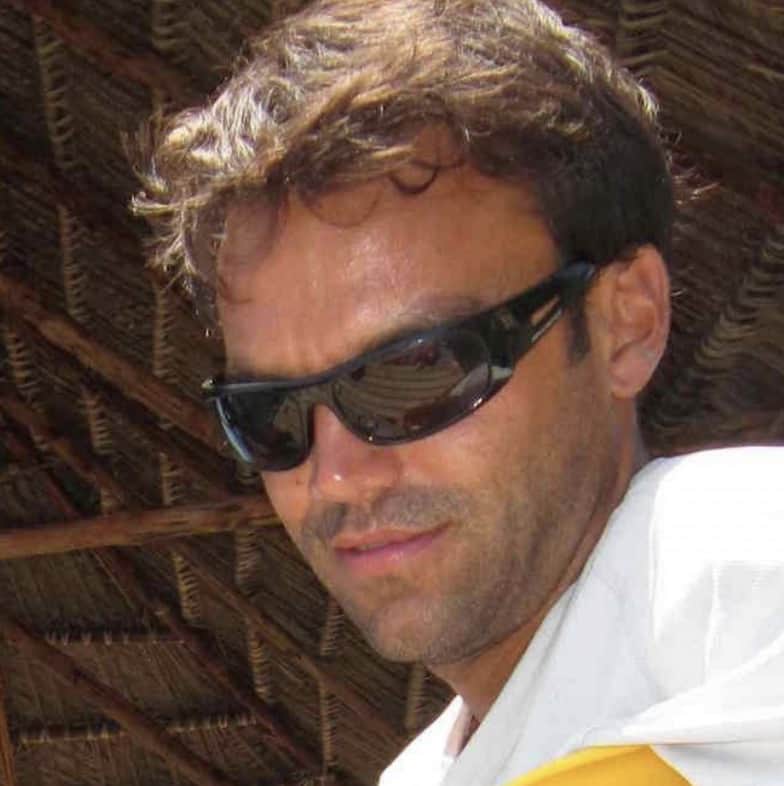 Ted Campbell lives in Mexico and writes about travel, music, culture, food, and mountain biking on his blog No Hay Bronca.  He http://nohaybronca.wordpress.com/