Germany: The Wonder of Berlin’s Hofes 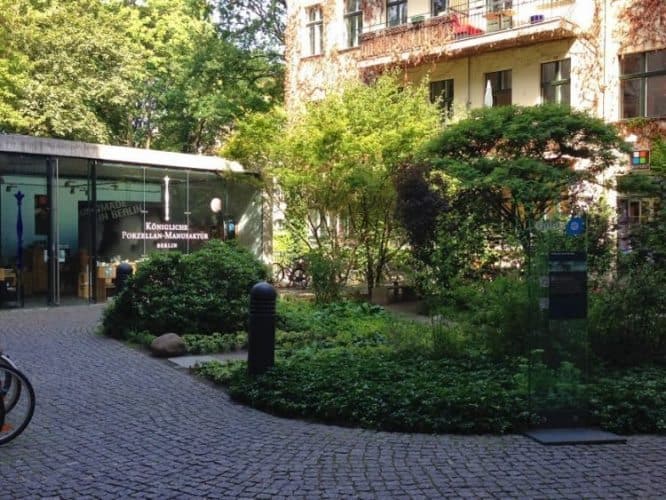 The City Behind the City of Berlin: The Wonder of the Höfe

It was not until my fourth visit to Berlin that I discovered the wonder of the Höfe, the interior and often maze-like linked courtyards one can access only by way of the arched doorways that lead back, behind the fronts of the buildings you can see from the street.

Seen from above, a street block in Berlin appears as a square or trapezoid, containing within itself a secret city of interior buildings and courtyards.

Now that I live in Berlin, I have many more opportunities to explore and enjoy these courtyards. I and my family live in a Gartenhaus – the back section of an apartment building – accessible only by passing through one of the courtyards.

When the weather is good, and we open all of our windows, we can hear the sounds of children and neighbors echoing upward from within the broad enclosure but, as an interior space, we are sheltered from the general din of traffic and pedestrians on the sidewalks.

The Höfe are the city behind the city of Berlin. To not explore the publicly-accessible courtyards and interior spaces would be to miss many of the city’s hidden treasures.

One entrance may lead to a Hof that serves as a public playground for the children of the surrounding apartment buildings, while another may lead to a cobble-stoned Hof of cafes and art galleries, while still another may host the offices of myriad tech start-ups.

A few of the courtyards of the Hackeschen Höfe are a stone wall away from the cemeteries that remain as testament to the lives of those who came before.

Die Hackeschen Höfe – a winding labyrinth of shops, restaurants, and cafes in Berlin’s Scheunenviertel neighborhood – is the most famous of the Höfe. The walls of its grand first courtyard are colorfully tiled in a late-Art Nouveu style, creating a marvelously dizzying effect as one enters and looks upward to the square patch of sky above.

Architects Kurt Berndt and August Endell designed the complex at a time when the city of Berlin was trying to find ways to fit its burgeoning population into a densely packed urban environment.

Living conditions were such that tuberculosis was rampant, and they sought – by designing the courtyards of the residential buildings to each open on one side to the greenery of adjacent cemeteries – to provide the necessary open-air spaces for residents while shielding them from the noise and pollution of the streets.

After the reunification of Germany, the Hackeschen Höfe was restored and returned to its original design as a mixed-use development where people could live and work, as well as go to restaurants, shops, and theater.

Among the winding nooks of the Hackeschen Höfe are many clothing and specialty boutiques, as well as shops that sell items made in Berlin, geared more towards tourists. Clothing shops such as “Quasi Moda” and “Lisa D.” specialize in upscale, upcycled, or unique items, many of which are made on-site or to order.

Peek into the back room of many of these boutiques and you will likely see bolts of fabric and sewing machines where the shops’ owners design and manufacture their wares.

Even if shopping is not your thing, the courtyards are terrific spaces for sitting and enjoying a meal, a cup of coffee, or an ice cream, while people-watching. Thanks to the great number of talented street artists who’ve left their marks in the city, providing layers upon layers of graffiti and images, there is plenty of outdoor art to attract your attention.

One of the most interesting of the eight courtyards in the Hackeschen Höfe is Hof IV. Although it is known as Brunnenhof because of the presence of a fountain in the courtyard, the main attraction is the Eschen-Ahorn – the Boxelder tree that is not at all ancient, yet seems to lean under the weight of the city’s history and must be propped up with a large metal brace.

Hof IV is completely enclosed and, perhaps, that is why the tree was chosen. The Boxelder is known to be a quick-growing tree well-suited to urban environments and arid ground.

Although Hof IV seems to lend itself to introspection, the endless streams of tourists passing through the Hackeschen Höfe guarantee it will not be the most idyllic courtyard to sit in if you seek quiet meditation.

The first time I visited, there were several large groups making their pilgrimages from Hof to Hof. It had just rained that morning, so all of the benches were too wet to use.

But, as I stood there listening to the trickle of the fountain and admiring the ability of the Boxelder to live secluded from all other greenery, I felt a bond with this city I now call home. A city that – like the Boxelder — has found a way to grow and thrive on disturbed ground.

Lovers of contemporary art will want to check out Haus Schwarzenberg, a thriving artist collective adjacent to Hackeschen Höfe. The long narrow entrance to Haus Schwarzenberg (Rosenthaler Strasse 39) may seem uninviting to some, especially to those unaccustomed to street art and graffiti.

But venturing into this courtyard passage is well worth it, for within this thriving cultural center can be found galleries, the Anne Frank Centre, a cinema, a nightclub, and the Monsterkabinett, an eerie museum of other-worldly robotic monsters.

Also tucked into the Haus Schwarzenberg space is a museum commemorating the location of the factory owned by Otto Weidt, a visually impaired brush and broom maker who, during World War II, employed – and hid, using falsified documents – many blind and deaf Jews.

Connecting the Hackeschen Höfe to Rosenthaler Strasse is the Rosenhöfe, a tightly enclosed area featuring clothing stores – such as Stones and Garderobe — and cafes, as well as an expected abundance of roses.

In the Scheunenviertel Neighborhood

Other Höfe of interest to visitors to the Scheunenviertel neighborhood surrounding Hackeschen Höfe include the Sophie-Gips-Höfe (accessible from either Sophienstrasse or Gipsstrasse), the Kunsthof Berlin, and the Heckmann Höfe (both accessible from Oranienburger Strasse).

Travelers with children should also seek out Krausnickpark, a magnificent park and playground located within the city block bordered by Krausnickstrasse,

The Backyard for Apartments

To call this a courtyard would be a severe understatement; the park serves as a “backyard” to the hundreds of apartments in the buildings that surround it. Tucked away from the bustle of busy streets, Krausnickpark is a welcome respite after a full morning of sightseeing, inviting you to experience the real city behind the city of Berlin.

The above-mentioned Höfe of the Scheunenviertel neighborhood of Berlin are easily accessible by public transportation via the S-Bahn Hackescher Markt and U-Bahn Weinmeisterstrasse stations.

Driving around Germany? Rent from someone you trust–Enterprise Rent-a-car, who offer car rentals around Germany and all over Europe.

LOVE GERMANY? Get our Germany Plane Reader with dozens of stories like this about travel across Germany. 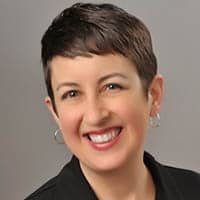 Bernadette Geyer is a freelance writer and editor living in Berlin, Germany. Her work has been featured in Go World Travel, Oxford American, and elsewhere. Geyer’s blog can be found at this link and she Tweets as @bernadettegeyer.