Exploring All That Lithuania Has to Offer

Discovering Lithuania for the Next Adventure

Nestled between Latvia, Belarus, Poland and the Russian exclave of Kaliningrad lies Lithuania.  This country, a 2500 mile expanse leading right up to the Baltic Sea, is often passed over as being worthy of a visit when visiting Europe.  I hope to uncover this Northern European gem to many of you who may not have considered Lithuania as a destination on your next adventure.

Traveling through Lithuania is remarkably simple, with a strong infrastructure of modern railways and highways.  It’s largest airport, Kaunas International Airport, is easily accessible from around the world.  If booked in advance, roundtrip flights from the states to Lithuania can be found at under $1000 USD.  Train travel from city to city is even cheaper at about 20 lita, or $9 USD.

You would be hard pressed to find someone who didn’t make it to Vilnius during their travels to Lithuania.  Being the capital of the country, Vilnius is home to some of the oldest attractions within the country, including medieval architecture splayed throughout the area.  Near the center can be found St. Anne’s church, a large gothic building that is ornately decorated both inside and out.  The paintings inside share the rich history of the area and can be examined for an extensive period of time.

Worth checking out while visiting Vilnius is the KGB Museum.  This collection is certainly very unique to the region, with displays that historians only dream about in the states.  The building consists of several floors of exhibits including a prison in the basement.  Actually witnessing first hand the tools and infrastructure used by the KGB to cause such terror and destruction will be a moving experience and a very interesting view into Cold War era.

Also in Vilnius is The Lithuanian Art Museum, hosting the country’s largest art collection and display.  With branches across the country, the Lithuanian Art Museum is known for its collection of thousands of paintings and drawings dating back to the 16th century, many of which are religious works recovered from churches throughout Europe.  More modern expositions that have stopped through include “Dialogues of Colour and Sound,” Works by Čiurlionis and his Contemporaries, as well as “Longing for Nature. European Landscapes,” a series of works depicting europe as it was in years past.

Perfect for the Summer

Palanga is an ocean-side resort town, perfect for a summer escape for those looking for the European beach town vibe without the hoards of tourists.  Nightclubs and restaurants line the shore of the baltic sea, where concerts and festivals are held throughout the season.  Renting a bicycle is the perfect way to navigate this city, and will allow you to make your own adventure on some remote beach or trail.  A large pier extends out into the sea where every night revelers gather to “say farewell” to the sun and celebrate the good weather.

Also located in Palanga is the Palanga Amber Museum, which holds one of the worlds largest collection of artwork and displays of amber.  This beautiful golden resin was found in abundance along the Baltic coast, and was an important export of the region for many centuries.

The museum highlights the intricate designs and works that have been crafted from amber throughout history, and hosts the third largest amber specimen.  Known as the “Sun Stone”, this massive golden sphere weighs just over 3,500 grams.  Additionally, the museum is surrounded by extensive botanical gardens, designed by French landscape architect Edouard Andre.

The Art of Bread Baking

Throughout history bread has been a daily staple found on every table across Lithuania.  Local communities pride themselves on their individual recipes and baking techniques, and you’ll be hard pressed to find a meal where bread isn’t served in one way or another

Bread has become more than just a source of food in the Lithuanian culture, it is presented during gatherings and special meetings as a symbol of celebration.  Bread has even been worked into the more traditional wedding ceremonies.

To go along with the bread, Luthuania is home to a very unique pressed curd cheese.  Everyone has their own way of doing it, but common additions to the cheese include caraway and poppy seeds.

Lithuania is home to an expansive array of forests and lakes protected in five national parks, each with their own unique characteristics and all worth visiting.

The Curonian Spit National Park, included in the list of UNESCO World Heritage sites, is home to the highest costal dunes in Europe.  Traverse along long ridges with the Baltic Sea on your side, before dipping back down into the trees to wind through the many trails available.  This National park will definitely be different than others you have experienced in the past.

Dzūkija National Park is the largest protected area in Lithuania, and home to a lot of traditional style architecture.  Many craftsmen still live in the area, and will give you a view into the past trades and cultural intricacies of the area.

For those looking for the more traditional outdoor adventure, Samogitia National Park is your best bet.  Its large lake is perfect for people looking to relax out on a boat in the water, cast some fishing lines out, or patrol the shore in search of wildlife.  Samogitia is another location where renting a bicycle is the perfect way to move from place to place, and find your own path.

A bit of history

Lithuania is a relatively young nation, but has a very old history that has left its mark in many areas.  following the formation of the Polish-Lithuanian Commonwealth in the late 1500s there was a heavy influence by Polish culture within the Lithuanian territory.

The 1700s were a period of devastation for Lithuania, as war and plague wiped out much of the population.  During World War II, Lithuania was hit very hard losing around 90% of its Jewish population to the Nazi regime.

It wasn’t until 1991 that the world recognized Lithuania for the proud sovereign state that it is, and in 2004 the country became a full member of NATO and the European Union.  Because of the many exchanges of territorial control you can see the influence of many different cultures in your travels.  In 2014 they will begin using the euro, Europe’s common currency.

For more information on Lithuanian Travels, be sure to check out  www.lithuania.travel 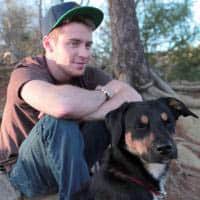 Luke Dowley is a former Editorial Assistant for GoNOMAD.com and is currently finishing up his final year of studies at University of Massachusetts Amherst. he is also a principal in a new start up drone photography business.