Lowell, Massachusetts, The Home of Jack Kerouac, and Many Museums

One of many towns in the Merrimack Valley, Lowell Massachusetts is famous for textiles, but also for being the home of a famous author.

The Jack Kerouac Commemorative is located in Kerouac Park on Bridge Street in Lowell. Dedicated in 1988, the commemorative contains excerpts from Kerouac’s writings.

The path, with its cross and series of circles, refers to Kerouac’s Roman Catholic and Buddhist beliefs and evokes his lifelong spiritual quest.

The city of Lowell serves as a backdrop for many of Kerouac’s books, in which he describes various businesses, churches, haunts, and residences of Lowell. Some of these still exist. One of them, St. Jean Baptiste Church, now Nuestra Senora del Carmen, Kerouac described as “the ponderous chartreuse cathedral of the slums.”

Jack’s funeral was held there. One can also still see the Bienvenue Social Club and “Funeral Row,” a series of funeral homes including Amedee Archambault & Sons, the site of Kerouac’s wake.

Nearby, at the corner of Pawtucket and School Streets, is an elegant old house built in 1875 for the industrialist Frederic A. Ayer. In 1908, the building became the Franco-American Orphanage. Behind this building, the Oblate Fathers, a Canadian religious order, built a replica of the Grotto at Lourdes.

Haunted by this grotto, Kerouac wrote in Doctor Sax, “Everything there was to remind of Death and nothing in praise of life.”

In 1967, Jack married Stella Sampas and returned to Lowell. His mother had suffered a stroke, and his only sister had died suddenly. While in Lowell, he wrote another novel, Vanity of Duluoz: An Adventurous Education, 1935-1943.

He frequented Nicky’s Bar (4) at 112 Gorham Street, now a restaurant, and spent many hours at Pollard Memorial Library (5) as he had years before with his sister Nin. Jack expressed thanks in Doctor Sax for the books that were always available at the library.

For $6 per adult and $4 per child, the Boott Cotton Mills Museum in downtown Lowell allows visitors experience the immigrants’ work and trials on location. The pulse-pounding noise of the fully functional weaving room is enough to make your heart reach out to the women who worked there for roughly 12 hours a day, but the museum is more than that. 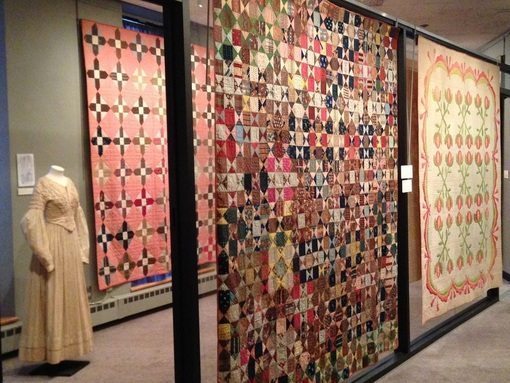 Through a prop-filled, interactive boarding house, the museum tells a story of the immigrant’s path and the human condition that many native citizens take for granted.

If you’ve got a flair for textiles, downtown Lowell is also home to the New England Quilt Museum. Here you can catch a glimpse into the American textile business from its beginnings.

The New England Quilt Museum also offers a look into the evolution of the art. Exhibits explore just how far quilting can go and where these artists take it is astounding.

Here you can find quilting and clothing dating as far back as the 1800s. As well as a preservation of history, the museum also glimpses into the future with these new, modern exhibits.  You can also attend quilting programs as well as lectures to immerse yourself in the history and art of quilting.

It may look just like a standard colonial-style house to many, but what passers-by may not notice at first is home is the home is actually a house of a local prominent artist from the 1800s turned art museum.

Opened in 1823, the Whistler House Museum of Art is the birthplace of James McNeill Whistler, a renowned American artist.

The entire museum is housed inside Whistler’s birth home where galleries, exhibits, and events are all hosted.

Whistler House Museum of Art has an excellent community outreach program where residents of the Arce get free admission to all exhibits, galleries, lectures, and tours of the museum. Low-income students of Lowell also have the opportunity to get awarded a free scholarship.

This National Historical Park was established in 1978, which is comprised of various sites in and around Lowell that showcase the textile and manufacturing buildings that were booming during the Industrial Revolution.

All throughout the city, visitors can find factories, parks, and bridges that are linked to this National Historical Park system in Lowell.

The rich history of Lowell, MA is sprawled out in every part of this city and the National Historical Park system is aimed at displaying that in a way visitors can fully immerse themselves.

As visitors or residents of Lowell breathe in the city, historic locations are sprawled throughout the city. The Boott Cotton Mill details textiles and cotton working when the city was in its prime, tourists can take a boat on the Lowell Canal System.

The museum can be seen as a very niche museum, but once inside you can see the care and attention to detail the museum staff pay to the exhibits. Trace the history of mass transit at the museum and discover the roots of mass transit, a method of travel that’s still relied on heavily today. 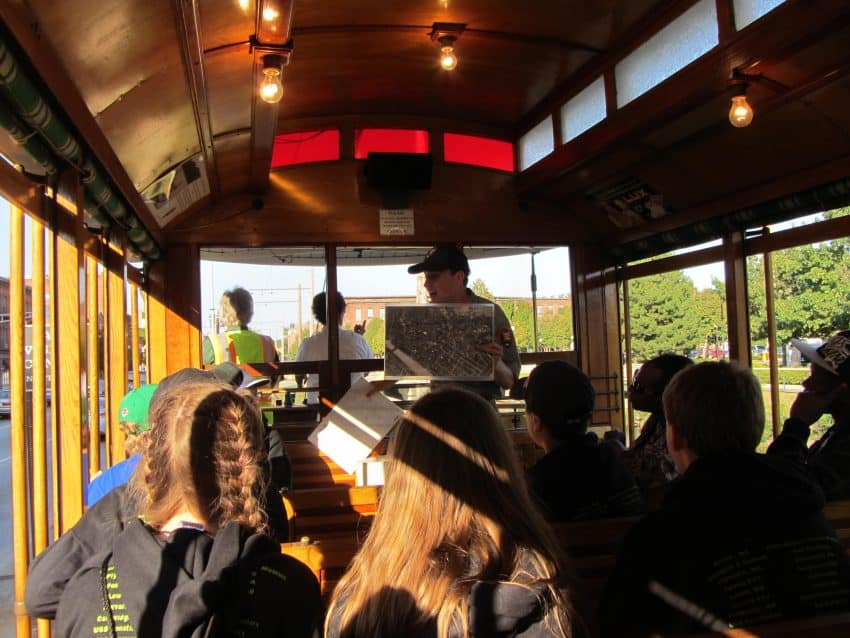 On the second floor, a children’s exhibit to engage them and help them learn about the history.

The first floor is packed with exhibits that kids will enjoy as well, but the second floor is specially geared towards children.

The National Streetcar Museum also contributes to a heritage railway, that operates to preserve these pieces of history to ride and enjoy like they were decades ago.

Lowell is a city rich with history and culture that has birthed incredible artists such as Jack Kerouac. Museums are a large attraction to the city, but for good reason, it’s a hub of culture and history that played a substantial role in America’s Industrial Revolution, like hundreds of other cities across the country that have thus fallen from grace. 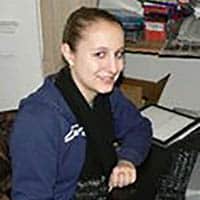